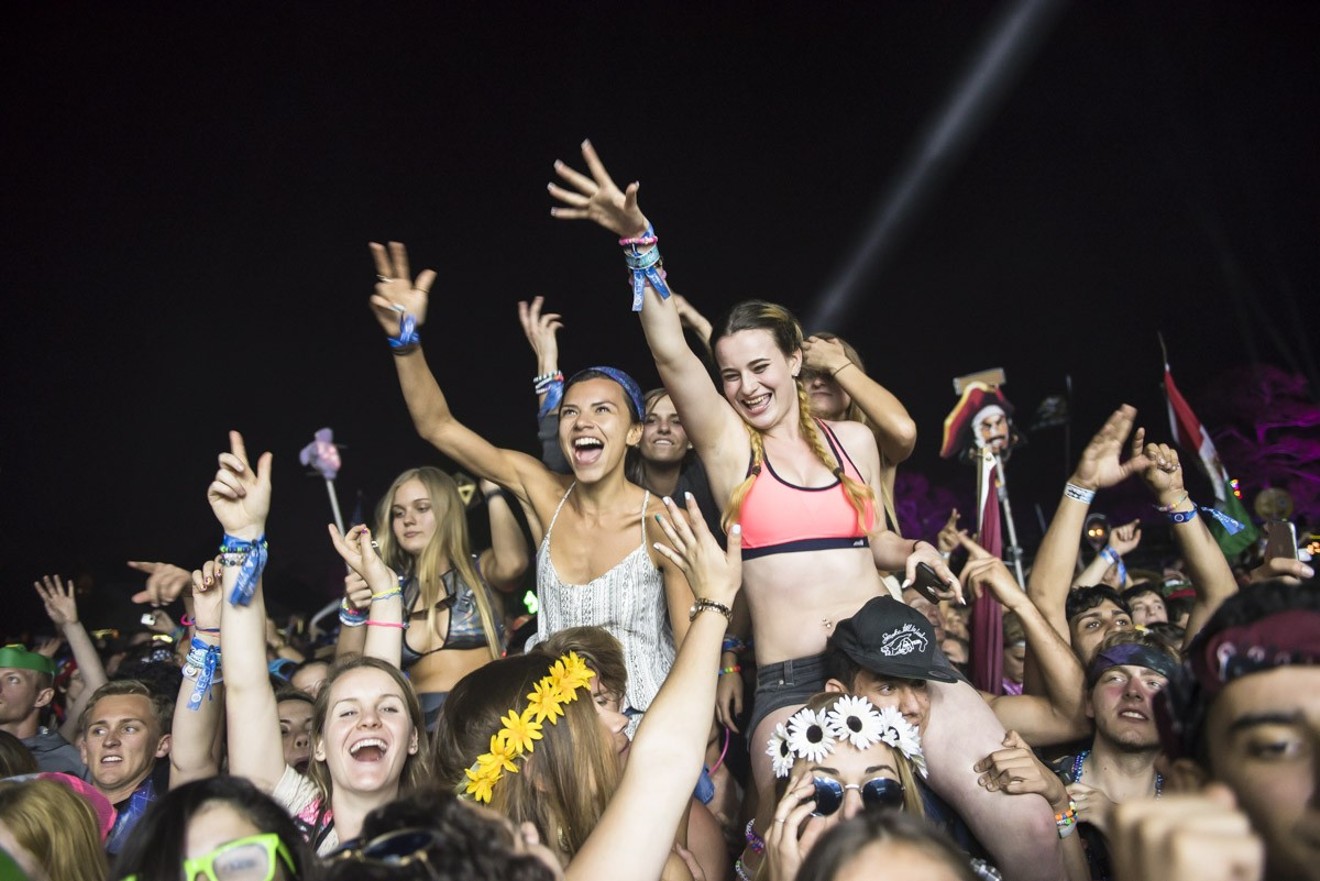 The paper also confirmed Insomniac — now co-owner of Club Space in downtown Miami and the event producer of Electric Daisy Carnival — along with Okeechobee's longtime producer Soundslinger, is onboard to help make the comeback a reality. Jim Whisenand, a member of Soundslinger's board of directors, told the paper the lineup is expected to be announced in November.

Soundslinger attorney Tom Conely appeared before the Okeechobee County Commission last Thursday, July, 25, to seek approval for the dates. During the public comment period, locals expressed support for OMF's return as long as it didn't conflict with two local events — the Speckled Perch Festival and the Okeechobee Cattlemen’s Association Cowtown Rodeo — taking place the second weekend of March. The commission unanimously approved OMF's return during the first weekend of that month.

The festival teased its comeback on Instagram: "The Portal Awakens #OMF2020." (The "portal" is fans' lingo for the magic and otherworldliness the festival creates as attendees enter the Sunshine Grove compound.)

Organizers originally wanted the festival to take place during the weekend of March 12 through 15, but those dates conflicted with the Speckled Perch Festival and the Cowtown Rodeo. The proposed dates immediately caused pushback from residents. Jim Colgan, president of the Cattlemen's Association, told New Times earlier this month that he supports the music festival, but just like a music festival, rodeos take careful planning months in advance. "We have to work with other rodeos close by to get the contestants down here."

Eventually, OMF dropped its push for those dates and settled or the first weekend in March. According to Lake Okeechobee News, the festival wanted the second weekend in order to better align with spring break.

Yesterday's announcement of Insomniac's ownership stake in Club Space also puts the company in a close relationship with David Sinopoli, founder of III Points. Sinopoli's event is scheduled for February 26 and 27, the weekend before OMF. Though III Points and OMF's aesthetics and musical tastes tend to differ quite a bit — and there's a geographical distance between the two — inevitably, there will be some audience overlap. (Insomniac has not announced any involvement in III Points.)

Okeechobee Music & Arts Festival. Thursday, March 5, through Sunday, March 8, at Sunshine Grove, 12517 NE 91st Ave., Okeechobee; okeechobeefest.com. Tickets prices are TBA.
KEEP MIAMI NEW TIMES FREE... Since we started Miami New Times, it has been defined as the free, independent voice of Miami, and we'd like to keep it that way. With local media under siege, it's more important than ever for us to rally support behind funding our local journalism. You can help by participating in our "I Support" program, allowing us to keep offering readers access to our incisive coverage of local news, food and culture with no paywalls.
Make a one-time donation today for as little as $1.