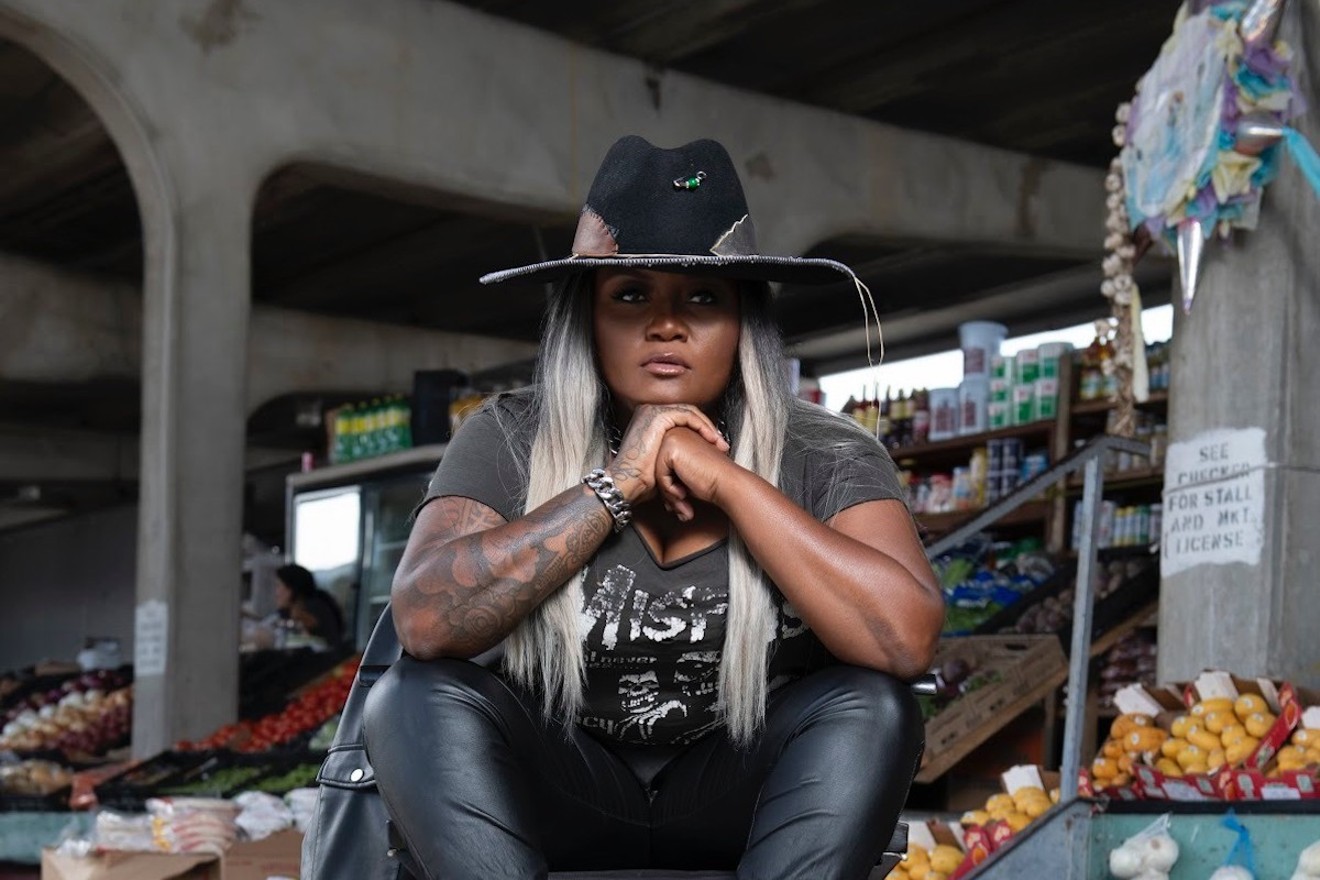 Des Gray is clearing a path for upcoming women directors in hip-hop. Photo by Shaquille Kokumo
On a clear Thursday afternoon, Des Gray balls her right hand into a soft fist and raises it in front of the sunlight reflecting through a window to illuminate a globe tattoo in the shape of a lightbulb.

“I’m here to shine my light on the world,” she says of the tattoo's significance.

Born Josiane Desir, the rising music video director and founder of the production company Foreign Made has been attracted to light since she was a young girl living in poverty in Haiti. With no parents around to provide stability or to rear her into adulthood, she and her brother would often rummage through garbage for food. But on one particular night, peeking inside her neighbor’s window, a glow emanating from a rectangular box caught the attention of seven-year-old Desir.

“I remember at nighttime I would always see this light and think: What is this light I always see?” she reminisces. “One of the little girls was like, 'It’s a television, and you don’t got one.' I pushed her and said, ‘Shut up. One day I’m going to be the person behind that TV.'"

Moving to Miami at age 12 to join her mom, she immediately gravitated to the small screen, watching anything from Barney — whom she credits for teaching her English — to Tupac’s “Brenda’s Got a Baby” video. The language barrier didn’t inhibit her from taking in the latter's vivid storytelling.

“I liked the way [Tupac] was telling the story, but I never understood what he was saying,” she confesses.

After graduating from North Miami Senior High, she attended Alabama State University on an athletic scholarship, but after a string of knee surgeries stunted a future soccer career, Desir immersed herself in photography and theater. During her time at ASU, she also landed an internship in New York City with Sony Music, where she connected with Pat Charles, who at the time was executive producer of 106&Park. The serendipitous encounter led to her a job in Alabama for BET’s annual award shows.
After dropping out of a master's program at Full Sail University before her last semester, she moved to Atlanta and delved into music-video production. In 2015, when a friend was tapped to direct the video for Yo Gotti’s "The Good Die Young" featuring Blac Youngsta and Boosie, she persuaded him to let her write the storyline. The WorldStarHipHop video peaked at more than 14 million views on YouTube.

“Just seeing my vision come to life and seeing the feedback was amazing,” she remembers.

Now 31, Desir has produced and directed visuals for some of the most recognized names in R&B and hip-hop, including Future, Trippie Redd, Akon, 21 Savage, Russ, Lil Baby, YFN Lucci, and Toosii. She has also worked with prominent South Florida artists, among them Savannah Cristina, Rick Ross, Sukihana, and Saucy Santana, and with acclaimed Nigerian artists Davido and Adekunle Gold.

Her biggest break came in 2018 when Atlanta rapper Lil Donald tapped her to write the treatment for his "Do Better" video and direct it as well. The track’s empowering message to domestic-violence victims inspired Desir to come up with a panoramic concept, peering into the multiple perspectives of abuse and self-sabotage. Since its WorldStarHipHop premiere, the video has racked up a cumulative 12 million views on that platform and YouTube.
“I wrote that from my soul,” she says. “I’m still a woman who’s broken inside, and the only way I can set myself free is by creating these images people can see and feel.”

With the blockades women face in hip-hop, she’s had to toe the line between being underestimated and unrelentingly ambitious. In one instance, a male director she had collaborated with previously passed her up for a listing that specifically sought a female director. When she confronted him, he said she should stick with executive production because she hadn't mastered directing.

“The moment you’re looking for a female director, you’re going to say I’m not good enough to be one. I’ll see you later," she remarks. "That right there was motivation, because he doesn’t know who I am or where I come from and definitely not where I’m going."

Despite the sexism, she’s been embraced by music-industry veterans and up-and-coming acts alike. In 2018, Wyclef Jean called her to work on a project with him and to acknowledge she was the only Haitian-American female director in the industry. She says Lil Baby, who was her codirector on Rylo Rodriguez’s "Hear This" video, trusts her imagination and makes room for her creative freedom every time they’re on set.
In 2020, the year live entertainment came to a screeching halt, Desir has kept her momentum going — albeit with ramped-up COVID testing, facemasks, and other precautions. A few months ago, she teamed up with filmmaker Arion Kidd-Weeks to produce the short film Stricken, part of Beats by Dre’s Black Futures initiative. She also recently dropped the visuals for Melii’s "Way Too Soft." Set in an opulent Miami mansion on a twinkling night, the video follows a group of women who help Melii take murderous revenge on a violent lover. And in November, she’s slated to release another star-studded project she shot in LA, featuring Davido and Chris Brown.

Citing Ava DuVernay and Nia DaCosta among her favorite Black women filmmakers and directors, Desir believes a new era in film and music video production is clearing a path for young women who aspire to sit in the director’s seat. She says she plans to transition into filmmaking and launch a creative arts academy in Haiti.

“I want people to understand I’m not perfect," she says. "I’m here to do what God wants me to do. I’m going to continue shining my light on this world."
KEEP MIAMI NEW TIMES FREE... Since we started Miami New Times, it has been defined as the free, independent voice of Miami, and we'd like to keep it that way. With local media under siege, it's more important than ever for us to rally support behind funding our local journalism. You can help by participating in our "I Support" program, allowing us to keep offering readers access to our incisive coverage of local news, food and culture with no paywalls.
Make a one-time donation today for as little as $1.