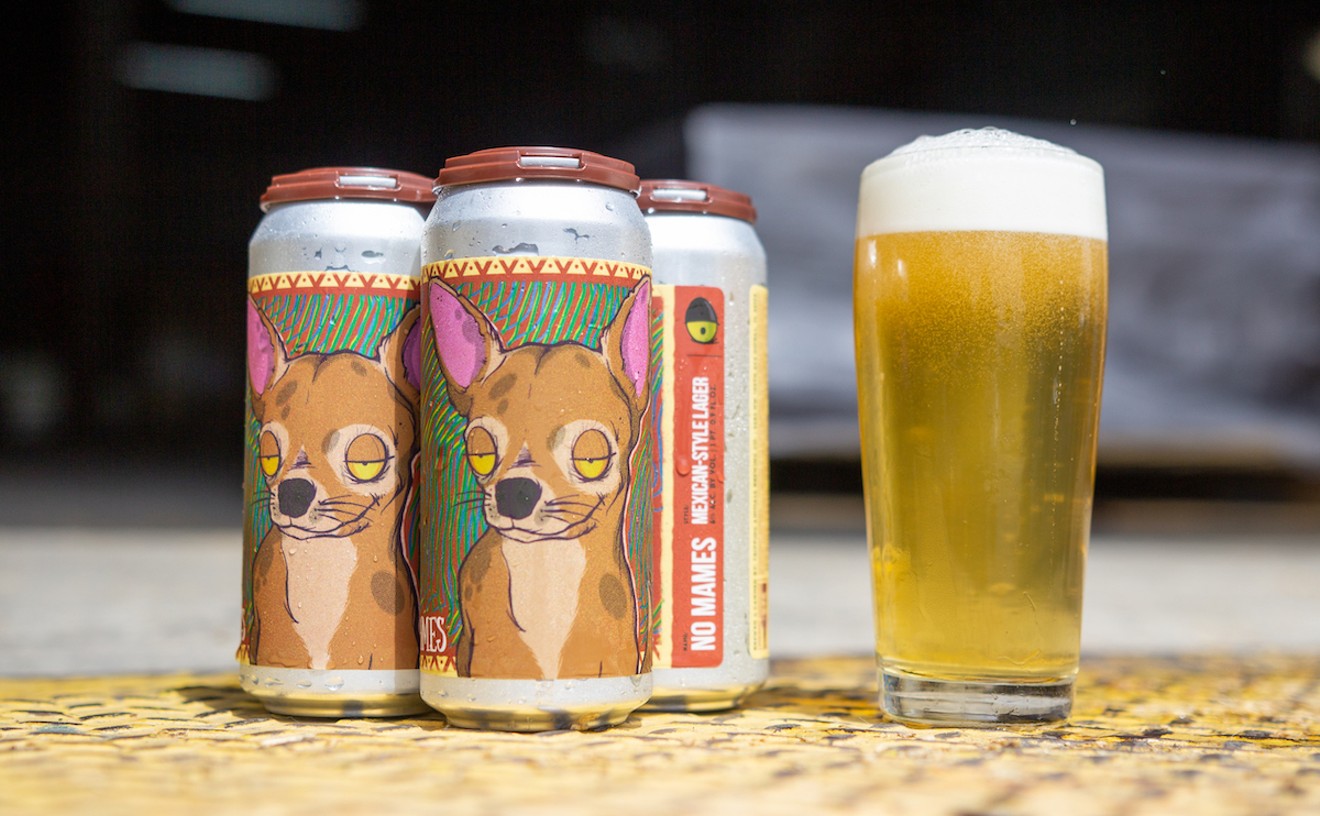 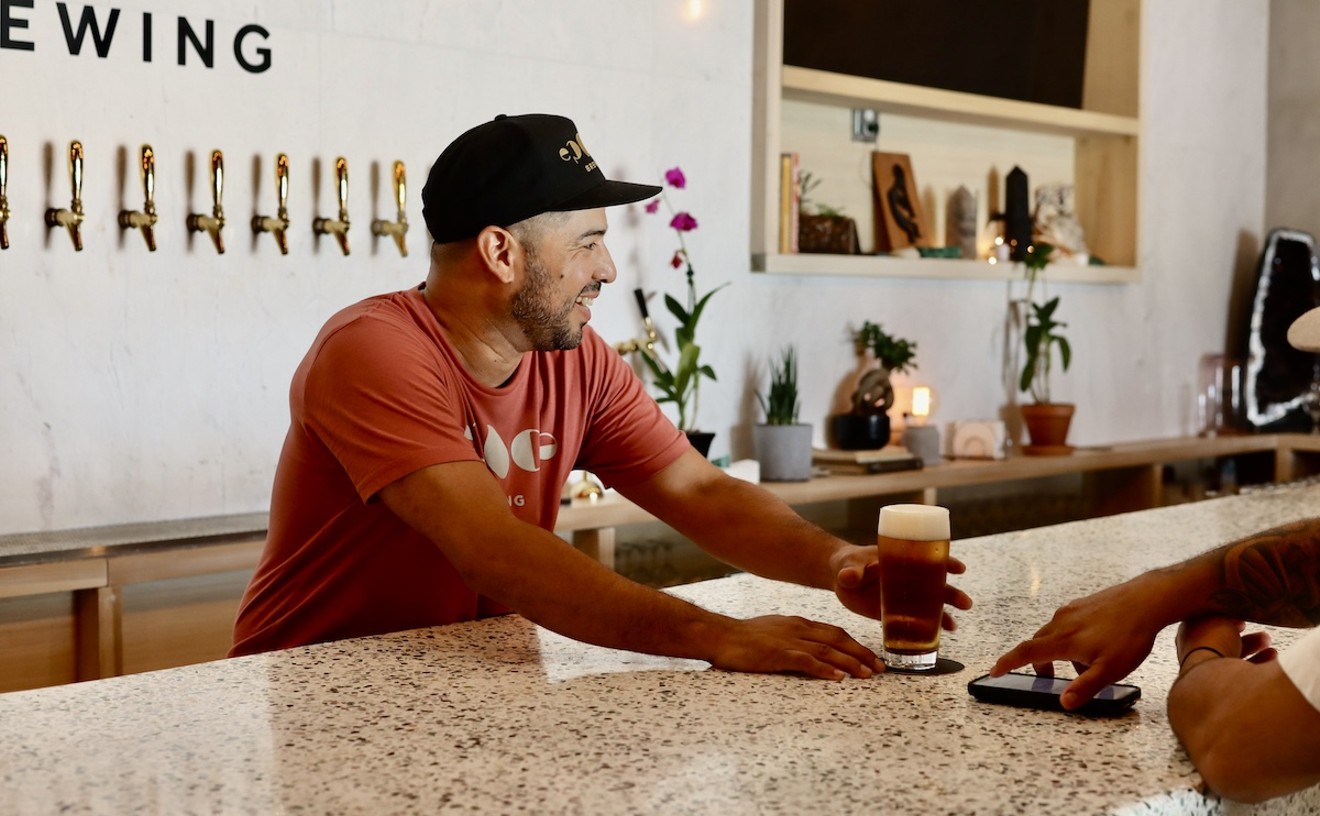 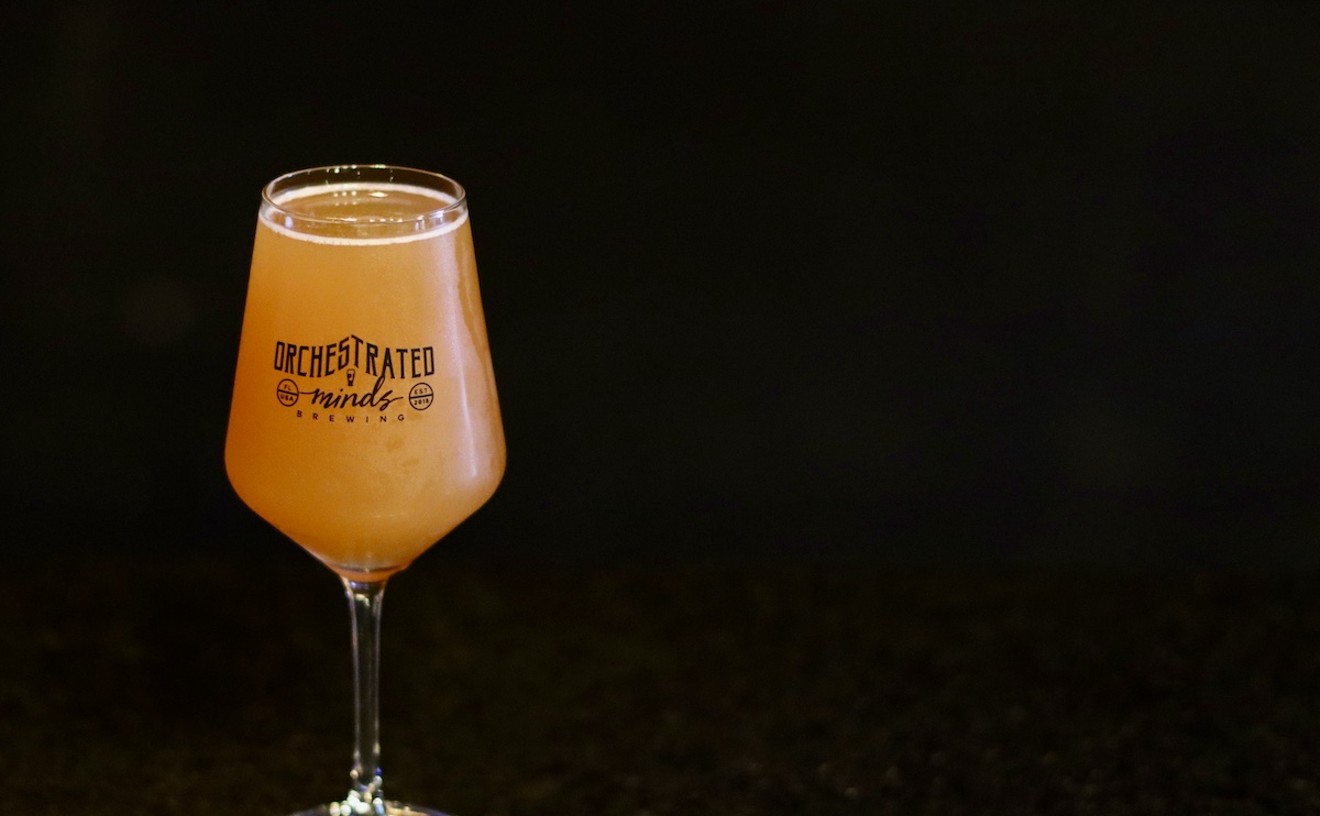 After Davy Martin moved to South Florida in 2011, the self-described hop head was hard-pressed to find a solid local IPA to his liking. To remedy the dearth of options, he began home brewing. When people told him he had a knack for turning grain into primo liquid, he took it one step further when he and his wife Jaime opened Orchestrated Minds. Today, the nanobrewery stands as a grassroots effort where the couple — alongside a small but dedicated staff — delivers a curated selection of small-batch beers. With hip-hop blasting from the speakers, the open-air ambiance is akin to sharing a cold one with your friends in the backyard, only here you do it with the owners and brewers themselves. It's the ideal spot to sip some of Davy's most well-received beers, recipes he's been perfecting using a one-barrel system. The brewer focuses on delivering true-to-style IPAs, simple sours, and roasty stouts that don't rely on the use of lactose or artificial extracts. That includes Touch of Grey, an easy-drinking, low-ABV blond ale accented with Earl Grey tea that presents notes of orange and lime, inspired from the couple's trips to craft beer mecca Hill Farmstead. For those hot summer days, try Surfer's Tan, a refreshing take on an unfiltered German-style pilsner. A trip to Orchestrated Minds isn't complete without a taste of the latest stout to hit the draft lines, each new beer a riff on Baseline, Davy's base stout recipe, which he uses to create the brewery's popular barrel-aged or adjunct-flavored stout series. 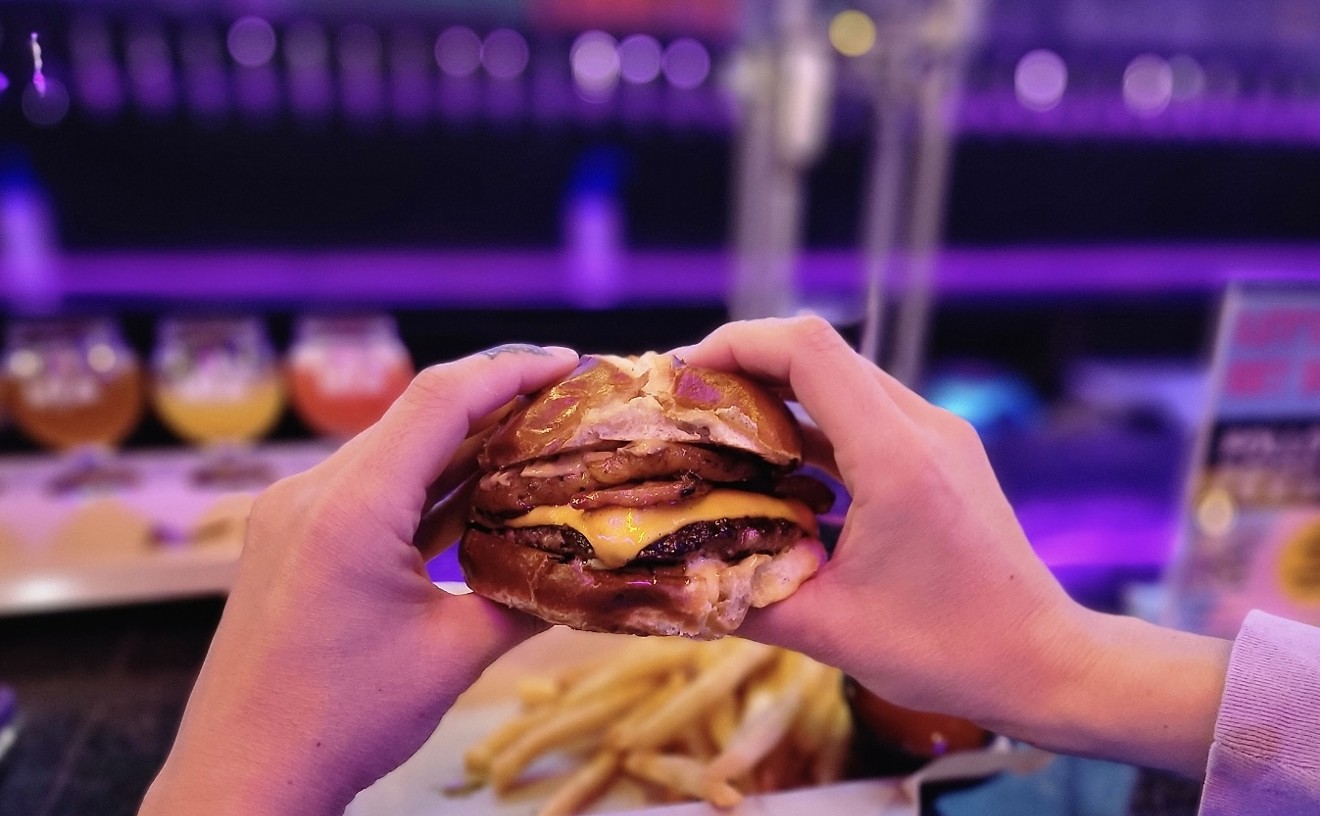 Miami-born Carlos Carreras and Nayra Serrano are the dish-dealing duo behind Masa Craft, the taproom restaurant operating out of M.I.A. Beer Company in Doral. The operation has its roots as a pop-up serving the local craft beer since 2018. Post-pandemic, the duo stepped in to feed the masses at M.I.A.'s busy taproom and hasn't looked back since. Carreras and Serrano fuse their roots for a unique mashup of their combined heritage that mixes Cuban, Spanish, and Filipino influences. They roll with a small and dedicated crew that consistently pumps out some of the area's best burgers and croquetas. Carreras, a longtime bartender and taproom manager, is behind the burgers, a specialty blend of brisket, chuck, and hanger that forms the base for dozens of sandwiches, from patty melts to the popular "Smackdown" smash burger topped with cheese, lettuce, tomato, and his own remoulade-style "Woo" sauce. Serrano, whose family owns Los Gallegos on Bird Road, comes in hot with her award-winning croqueta game. The three-day process behind each handcrafted ball of goodness requires topnotch ingredients — think chorizo and cheese sourced directly from Spain — hand-rolled just the way abuela used to make. 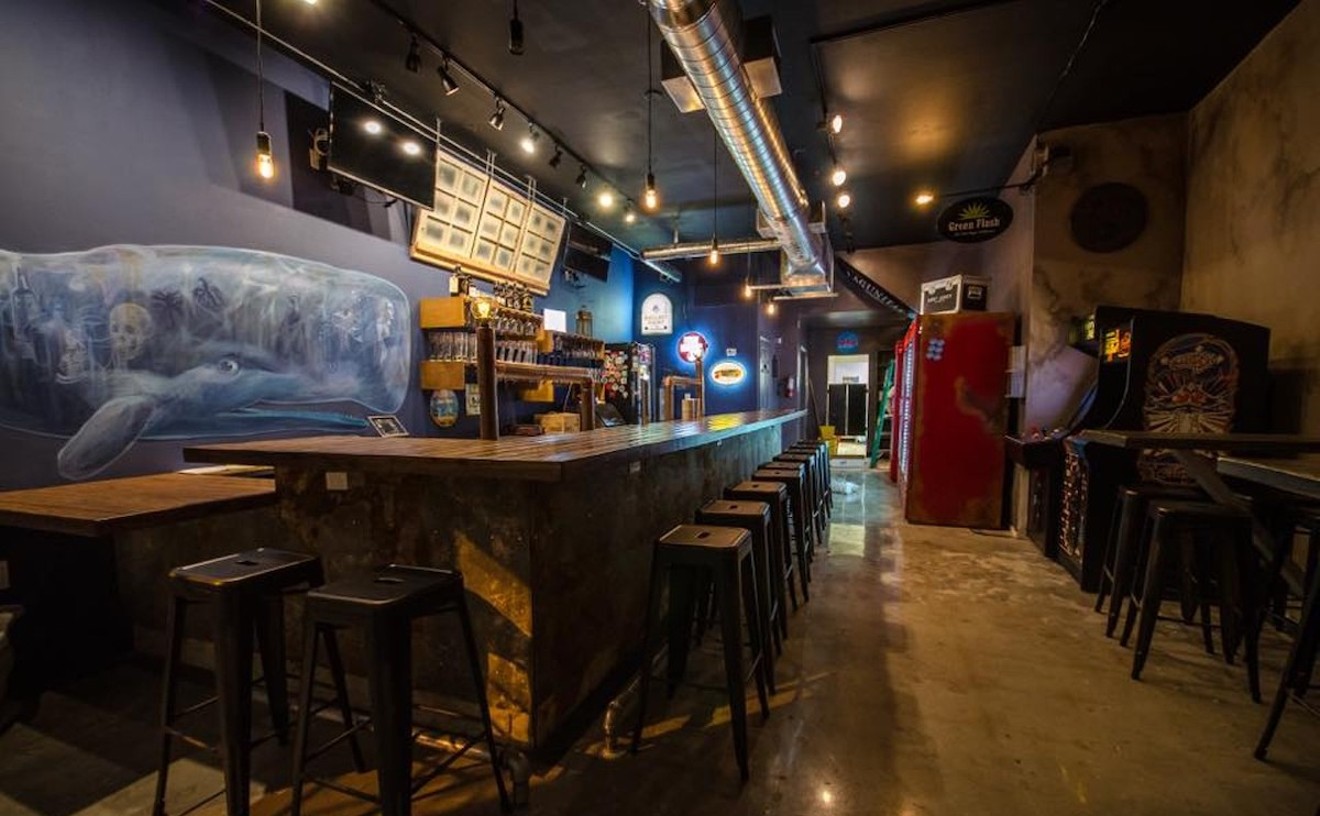 At Union Beer Store on Calle Ocho, you'll find coolers upon coolers filled with beers to please every taste bud. Owned by husband and wife David and Cici Rodriguez, the little brew bar and bottle shop has a well-earned reputation for its extensive collection of whales — rare suds and small releases from local and out-of-state breweries. Whether you seek a flavor reminiscent of açai sorbet or the beach-perfect lager, Union Beer not only sells bottles and cans to-go (you can mix and match to your heart's content) but also more than a dozen brands on tap. And growler fills! If drinking isn't enough for you, UBS is also home to munchies-quenching pop-up food vendors, including Peacock Ramen, Panolo's, and Haochi. 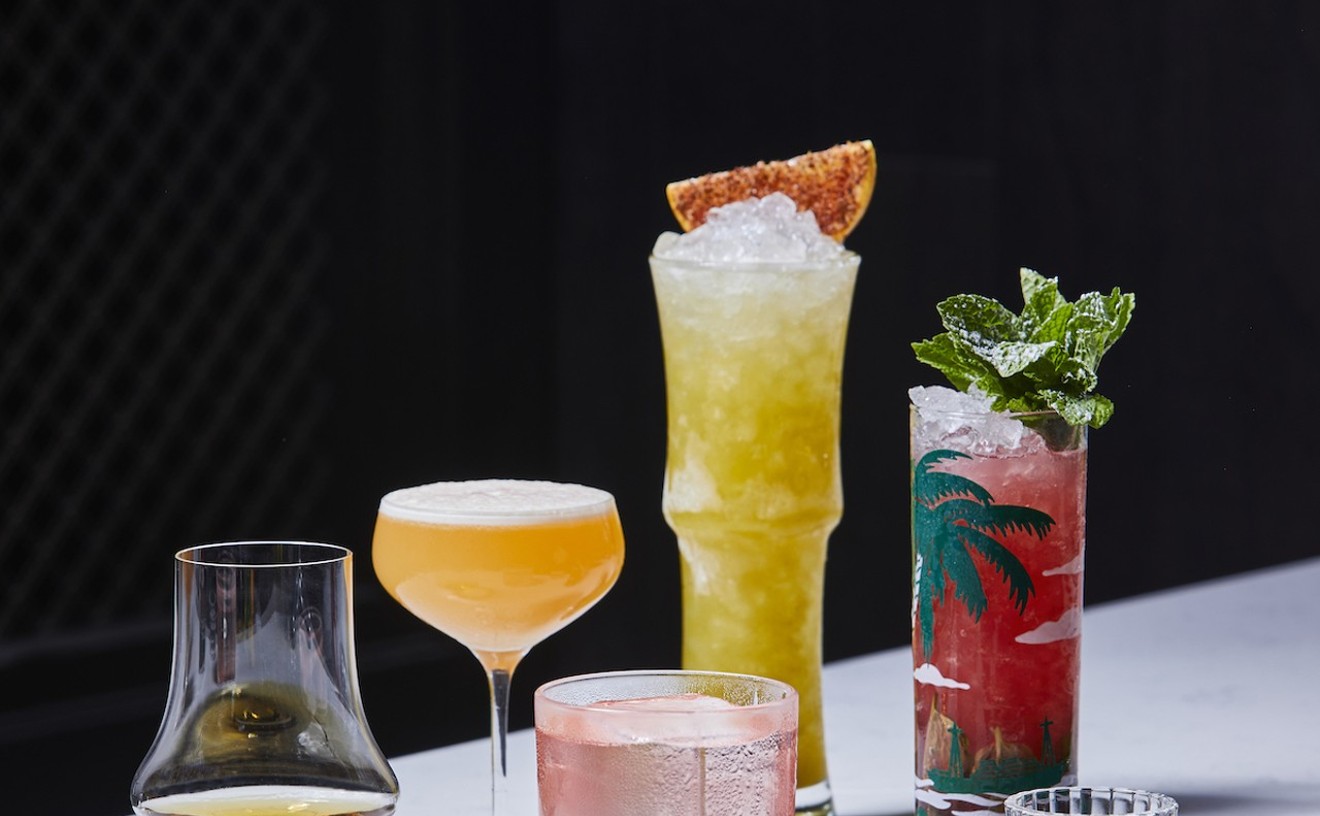 Yes, we live in an expensive city. But you don't have to be rich to enjoy the finer things. Take for instance the daily happy hour at Jaguar Sun. From 5 to 7 p.m., this intimate bar in downtown Miami serves classy drinks — and classy bites — at wallet-friendly prices. Co-owner and bar manager Will Thompson is known for his skills with spirits. During happy hour, he'll make you an eight-dollar Manhattan so perfect it's called the "Perfect Manhattan." Other standards include a martini and a Tom Collins (also $8). If you don't like cocktails, there are special prices for beer and wine. The noshes are sophisticated and inexpensive: dollar oysters, three-dollar chilled crab claws, country ham, and a cheese and almond plate. Everything is of the highest quality and nothing costs more than ten dollars. 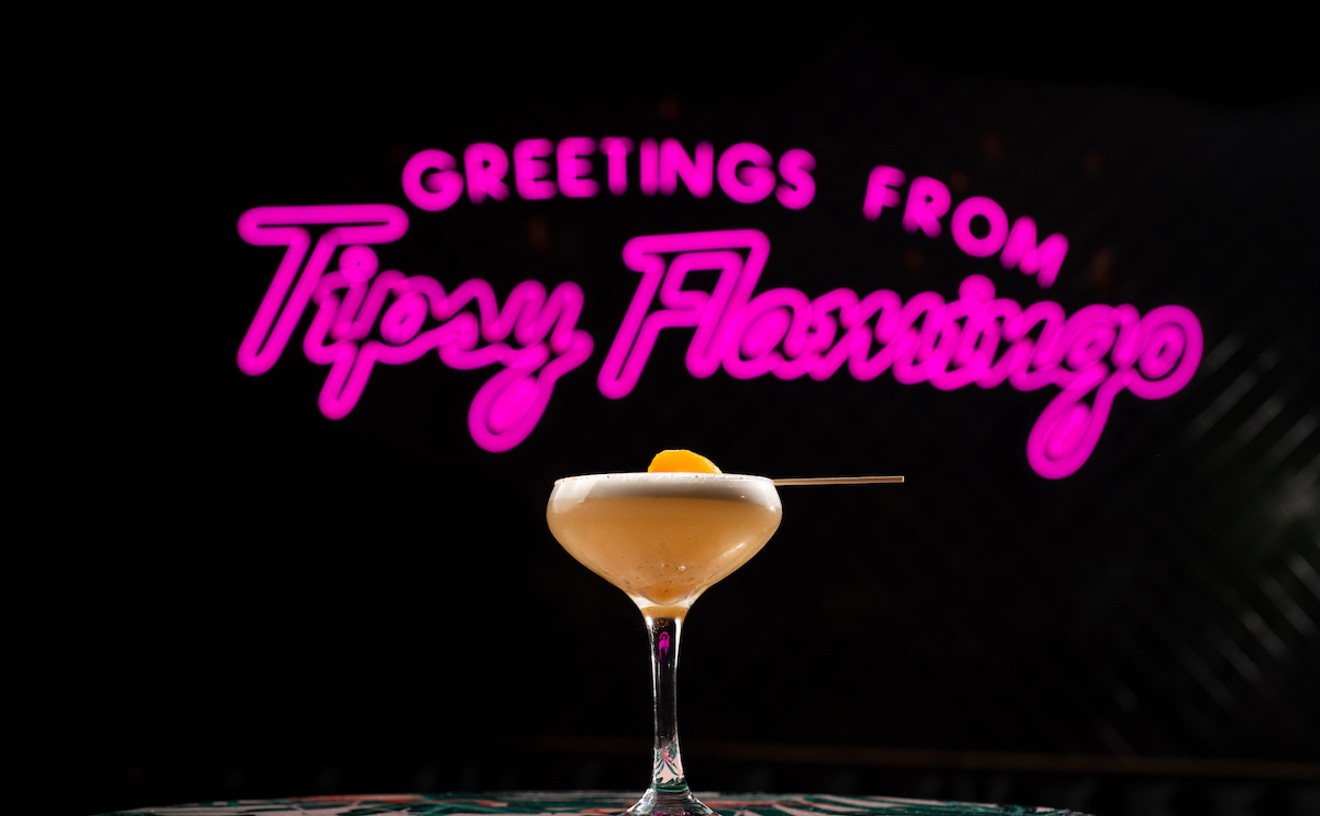 When a purely Miami cocktail bar comes along — one without any lame gimmicks — we take note. That's what happened with Tipsy Flamingo, which recently landed downtown. The space combines the fun atmosphere of a bar with the trendy and intimate feel of a lounge. Dripping in tropical ambiance and illuminated by a rainbow of pastel-hued neon, it's the intimate venue that co-owner Juan Marcos Rancano says was missing in the city's cocktail scene. Here, the drinks stand as a liquid ode to Miami, each designed to showcase its many sides, from the "Downtown Mentirita" (the TF's version of the classic Cuba Libre) to the popular "My English Is Not Very Good Looking" (the most Miami of drinks created to taste like a pastelito de guayaba in a glass). Go during the daily happy hour from 5 till 9 p.m. or the monthly "No Flocks Given" party, when you can sip specially priced cocktails and dance to funk, hip-hop, and reggaeton. 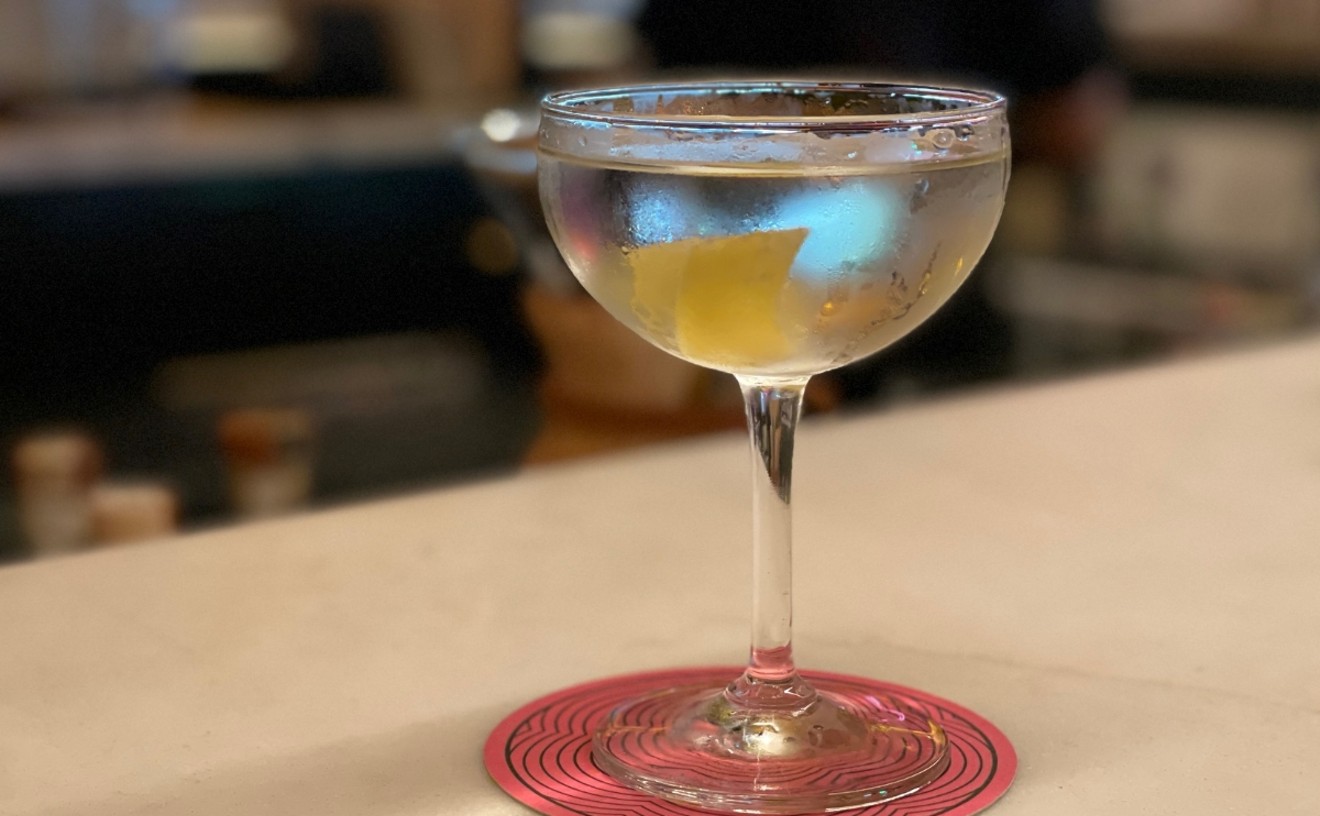 Never mind that he's a fictional character invented by novelist Ian Fleming. James Bond is the coolest person who ever lived. The British 007 agent is famously known for his ability to neutralize supervillains, drive gorgeous cars, win at casino tables, and bed beautiful women (many of whom also seek to kill him) — all while not wrinkling his tuxedo. Bond is also known for his love of martinis — you'll never to see this most interesting man in the world cradling a Dos Equis in his flawlessly manicured hand. Not just any martini, however. In the first Bond novel, Casino Royale, Fleming has Bond ordering a "Vesper," named after femme fatale Vesper Lynd (for whom — spoiler alert — things end badly). While most martini drinkers are either Team Gin or Team Vodka, the "Vesper" is a blend of both, with a hint of Lillet and a twist of lemon as a garnish. The real-lfie combination of the alcohol with the touch of sweetness and a citrus kiss makes for a perfectly nuanced cocktail. Find a proper version at Cote in the Design District — a place 007 would surely dine if his hazardous work transported him to 2022 Miami. 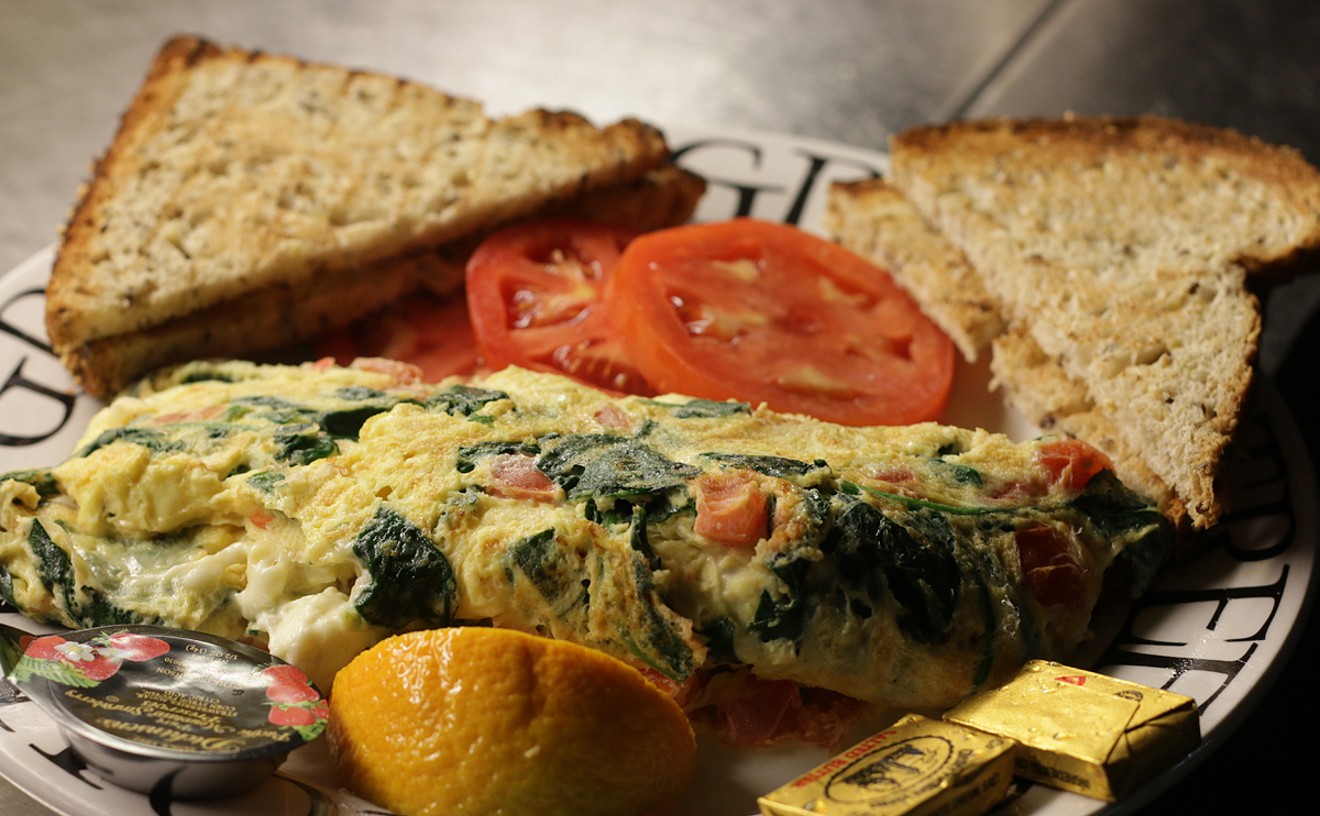 Few drinks are as classic, quirky, and recognizable as the bloody mary. In fact, half the fun is in the bloody presentation. At Greenstreet Cafe in Coconut Grove, you're guaranteed not only a deliciously crafted drink but a fierce presentation fit for the 'Gram. The bloody mary is served in one of Greenstreet's trademark soup cans, spice-rimmed, towering out of which is a full stalk of celery and a bamboo toothpick skewering a chunk of cheese, a cherry tomato, and an olive. Whether you're in search of the perfect hangover cure or a cocktail to precede your omelet, Greenstreet is sure to deliver.