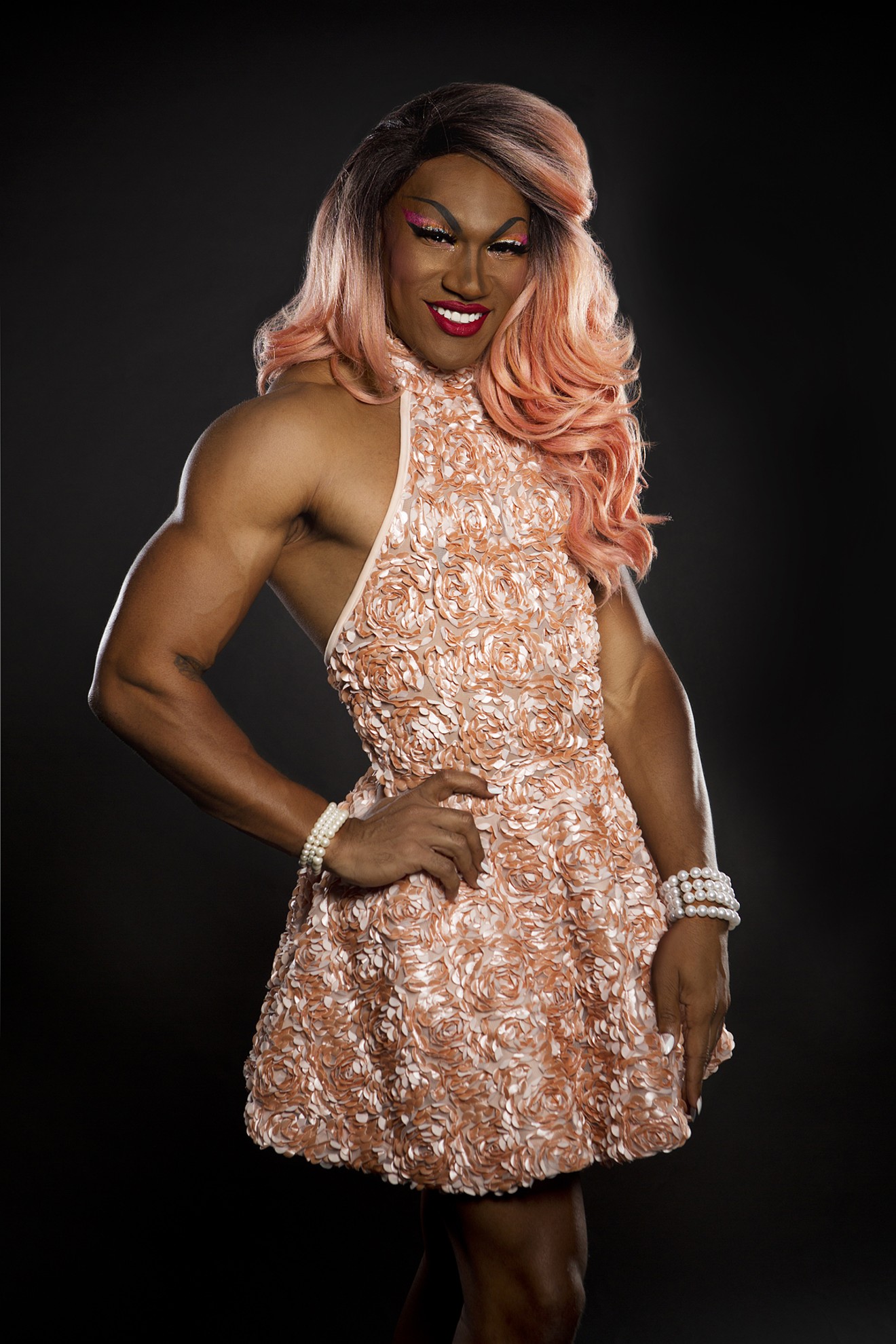 Miss Toto does not have time for your bullshit. You can either accept that Miami's undisputed party queen is six-plus-feet of pectoral muscles, glitter, rock-hard abs, track-star thighs, shoulders so round and defined they look like cantaloupes, and the flowing tresses of a pageant queen, or you can get the hell out of her way.

"When I go to the gym with nail polish on, guys look at me weird," she says, "until they realize I lift more than they do, and then they leave me alone."

Miss Toto (a 25-year-old born with the name William Evans) is perhaps the most interesting and multitalented person in Miami's drag scene: She is at once a queen, a nationally qualified bodybuilder, and a postgraduate  marine-science researcher who spends some of her daylight hours tagging sharks with University of Miami scientists. She also works as a personal trainer under the name Rock.

She is, very much on purpose, a beacon of gender-bending body acceptance and positivity in a city that puts a ridiculous amount of pressure on people to conform to the gender with which they were born.

"I have a body, but it's just not a woman's body," she says. "People are like, 'You're so pretty, and you're so big!' Straight boys are, like, intimidated because I'm bigger than they are."

She uses her huge presence for good too: She's teamed up with HIV-testing groups at some of her shows and took part in a PSA web series encouraging gay men and other members of the LGBTQ community to use PrEP, a pill that helps inoculate against the spread of HIV.

"If I can do drag, anybody can do drag. There are not supposed to be boundaries and rules on drag!"

Miss Toto says her body stands out so much that her physique is even the stuff of controversy in the drag world. She freely admits she's even had to push the typically accepting LGBTQ community in Miami to accept that someone with the upper body of a Spartan warrior can still, in fact, belong in the scene.

"If I can do drag, anybody can do drag," she says. "There are not supposed to be boundaries and rules on drag!"

She sees the flip side when she competes as a bodybuilder: She says she was initially discouraged from wearing neon-pink shorts in men's competitions.

"I like bodybuilding because I'm in these spaces that are like, hypermasculine, and it's hilarious," she says. "But it's really just like an adult pageant; the amount of work is the same. You're working on your costuming, song mixes, hair — everything's gotta be on point, just like it has to be for drag."

Such is the way Miss Toto chooses to live her life — big. Big arms, big legs, big personality. Before every Bingo With Miss Toto, the Wednesday-night event she hosts at Gramps, she lays out strict ground rules: When she calls the number 69, players with that number must howl their loudest, most authentic orgasmic moan possible. If they fail to match her level of enthusiasm, she might kick them out.