Aaron Paul and Bryan Cranston World Red Eye
It's not easy having eyes all over the scene, being around to take in all the wild visuals at all the worthwhile places in the city. There are, however, those parties and gallery openings where a fortunate photographer can point and shoot. Every week, in collaboration with World Red Eye, New Times brings you a solid recap of all the recent experiences you might've missed around Miami. It's impossible to be everywhere, but, hey, we can try to keep our Eyes on Miami.

The Bazaar for Good, supported by Biossance, took place at the Miami Design District on May 5, raising 420k. The event consists of a shopping experience that brings the community together to do good, like no other. 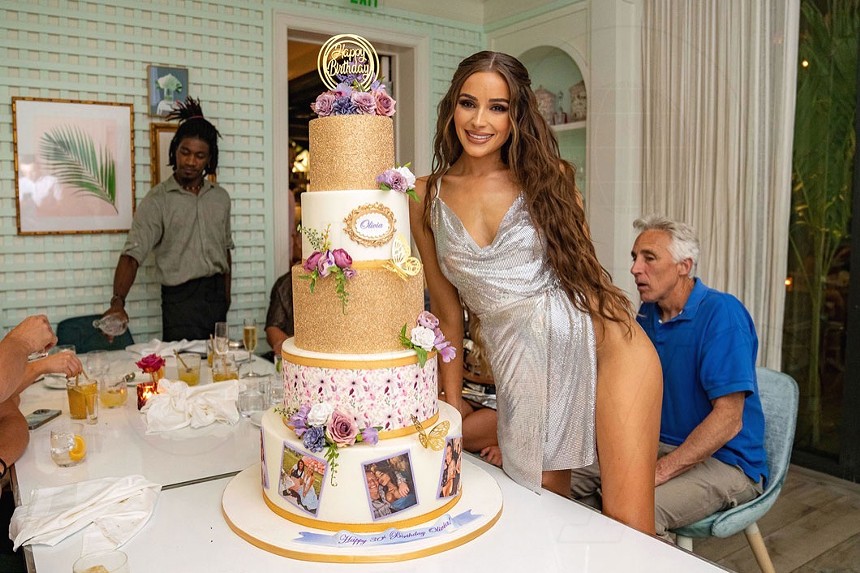 Olivia Culpo hosted her birthday dinner at Miami Design District’s hottest spot, Swan Miami. Where she celebrated and dined with Christian McCaffrey and all her closest friends and family.

Bryan Cranston and Aaron Paul at the Key Club

On Saturday, Bryan Cranston and Aaron Paul got behind the bar at the Key Club in Coconut Grove, where guests got to taste the famous actors’ handcrafted cocktails and enjoy the lively atmosphere. 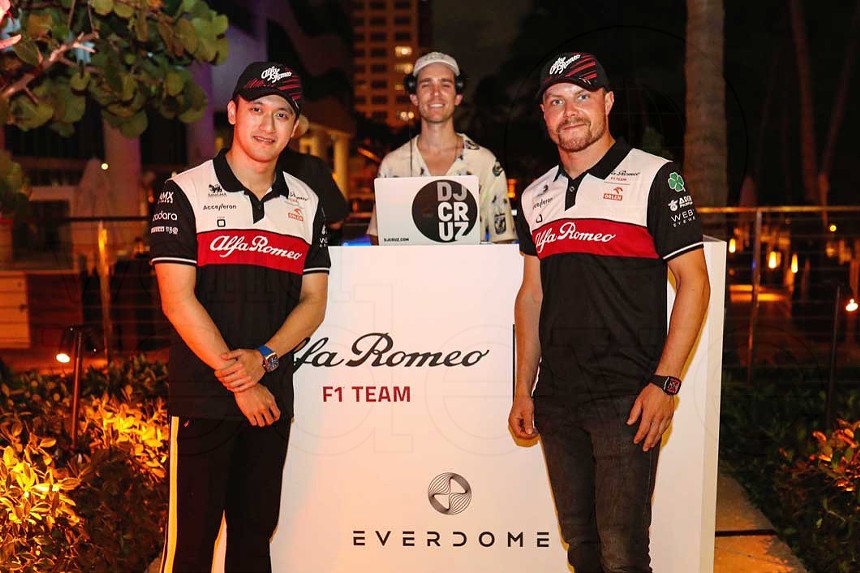 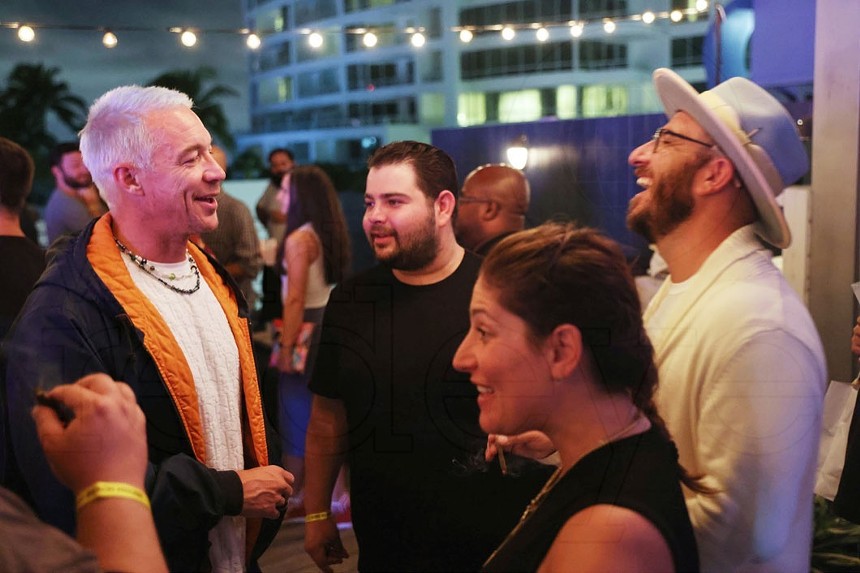 710 Labs is an award-winning multi-state cannabis brand obsessed with making the richest flavored, organic, small-batch cannabis on the planet. It hand-selects and hunts exotic cultivars from the most renowned breeders. 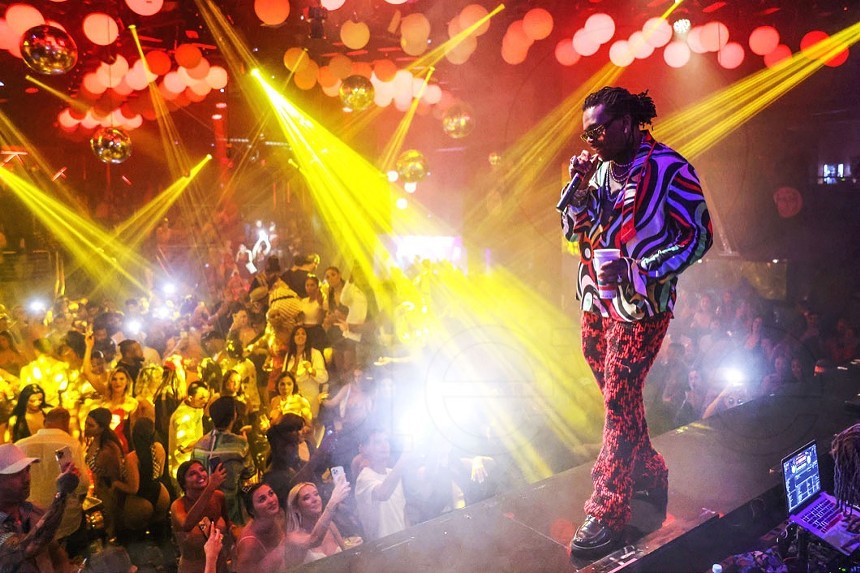 Description: Gunna took over the stage on Saturday at Tao’s takeover of Story where he gave a performance no one will ever forget. Future and Cash hung in VIP as partygoers danced the night away and ordered endless bottle parades until the early morning.

Tiësto was warmly welcome back to Miami’s only 24-hour nightclub, E11even, where he took over the decks and played a killer set! David Guetta was hanging out in VIP as partygoers danced under the "Red Lights," all night long. 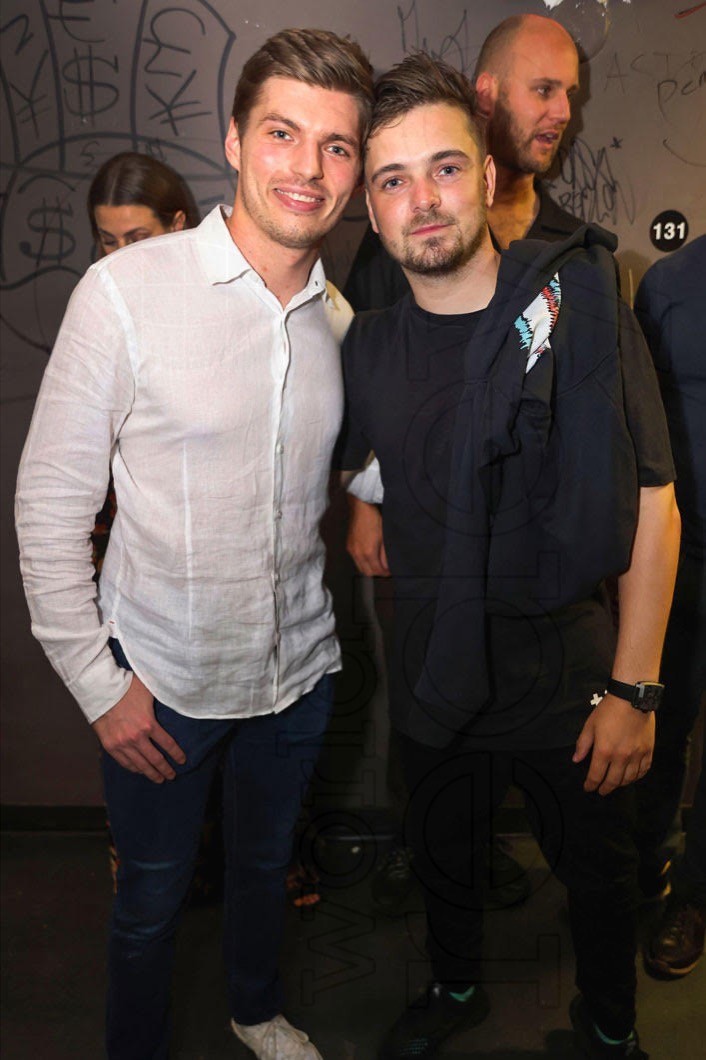 Martin Garrix took over the stage for the last night of Tao x Story, where the Formula 1 winner Max Verstappen went to celebrate his victory with DJs Zedd, Drew Taggart of the Chainsmokers, and Loud Luxury. Partygoers were ending the weekend with a bang as they danced under the neon lights and ordered endless bottle parades until the early morning.

On Saturday, partygoers made their way to Rácket, where the room was packed from wall to wall. Nas made an appearance and was seen ordering endless bottle parades and hanging with his crew in VIP.

Partygoers headed to Bottled Blonde for a fun-filled night. Bottles were popping, and guests were dancing as they celebrated Saturday night the right way until the early morning.

Quavo, Karrueche, and Damson Idris at Kiki on the River

Quavo, Karrueche, and Damson Idris were spotted ordering endless bottle parades at Kiki on the River on Monday night. Partygoers celebrated the beginning of the week with a bang as they danced to the sick beats provided by DJ UnoMas.

On Friday, partygoers made their way to XXIII Club for an epic night they will never forget! Farina made a celebrity appearance and was seen hanging out behind the DJ booth alongside DJ Mario Duran where she gave a memorable performance. 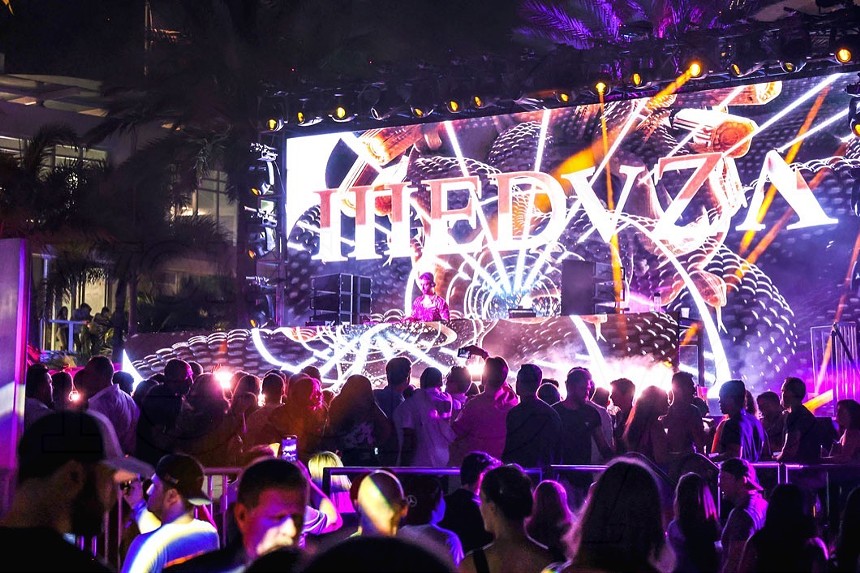 To celebrate Formula 1’s inaugural Miami Grand Prix, BleauLive at The Fontainebleau Miami Beach, in partnership with the Creative and Capture Studios and coproduced by unKommon events, hosted Miami Race Nights, a three-night, star-studded beachside music experience with performances by Claptone, Meduza and Vintage Culture with an opening set by Korolova; Calvin Harris with DJ Ruckus and Plastik Funk; David Guetta with Loud Luxury and Morten; and more. 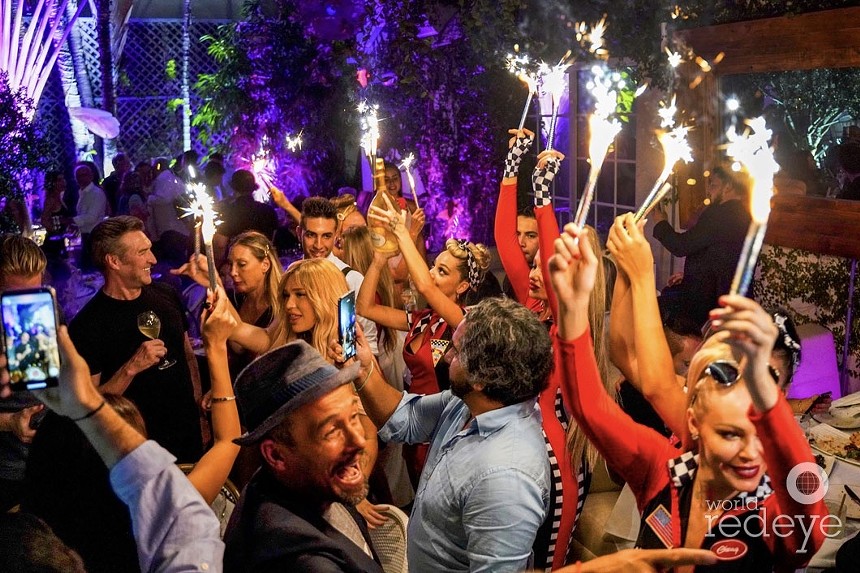 Partygoers headed to Mayami where they were transported into an ancient Mayan civilization filled with endless bottle parades and iconic beats provided by DJ Jeff.
KEEP MIAMI NEW TIMES FREE... Since we started Miami New Times, it has been defined as the free, independent voice of Miami, and we'd like to keep it that way. With local media under siege, it's more important than ever for us to rally support behind funding our local journalism. You can help by participating in our "I Support" program, allowing us to keep offering readers access to our incisive coverage of local news, food and culture with no paywalls.
Make a one-time donation today for as little as $1.