Want to Watch the FIFA 2022 World Cup finals? Here are the best spots in Miami to cheer on the final two matches this weekend. Prison Pals photo
The World Cup finals are upon us!

The 22nd edition of the tournament began with 32 teams from around the world, and now it's down to two.

The tournament concludes this weekend, starting with a compelling consolation matchup between Croatia and this year's Cinderella story, Morocco. Game time is set for 10 a.m. EST on Saturday, December 17.

On Sunday, December 18, at 2 p.m. EST, France and Argentina face off to compete for what might be the most grotesque-looking trophy in professional sports.

You can watch both games on FOX or Telemundo, but why would you when you can go to a bar?

Below are the best spots to watch the culmination of the 2022 World Cup in the Greater Miami area:

955 Alton Rd., Miami Beach
airmailmiami.com
Now through Sunday, December 18, Airmail Miami will be offering its own specially curated Airmail World Cup menu, served exclusively during the games. This weekend, stop by the Alton Food Hall bar to root for your favorite teams in the quarterfinals, semifinals, and final rounds of the FIFA World Cup with a drink in hand. Guests can pair their viewing experience with any one of the bar's seven soccer-themed cocktails served at special prices. Priced from $10-$12 apiece, they include the "Brazilian Goal," a blend of cachaça, banana, coconut, cinnamon, lime, and nutmeg; "Spain’s Possession," with whiskey, sherry, lemon, vanilla, allspice, cinnamon, and soda water; and "Red Card for France," with cognac, strawberry, lemon, vanilla, and Angostura bitters. You can even celebrate goals — or missed ones — with shots like the appropriately named "Penalty Kick."

690 SW First Ct., Miami
305-223-7004
americansocialbar.com
American Social is one of the best spots to get in on the World Cup Finals action. Thanks to 3,000-plus square feet of patio, soccer fans taking in the big games shown throughout the venue will have no problem stretching out their legs while they watch the final matches this weekend.

701 S. Miami Ave., Miami
305-639-8486
cmxcinemas.com
CMX Stone Sports Bar at Brickell City Center hosts the World Cup finals through December 18 on one of the biggest screens in South Florida. All games and all teams will be shown throughout the weekend, culminating with the final match.

Multiple locations
hootersflorida.com
This year, soccer fans can catch the World Cup games at their neighborhood Hooters restaurant starting at 10 a.m. this Saturday, December 17, and Sunday, December 18. This weekend, all South Florida Hooters locations will open early at the outside bar and patios, giving fans a chance to belly up to the bar for the match.

2335 N. Miami Ave., Miami
oasiswynwood.com
Watch the final matches starting at 10 a.m. on December 18 in the Oasis courtyard. Matches will be shown on the venue's giant LED screen, making every seat a good one. In addition to the communal outdoor viewing area, patrons can order food and drink from the surrounding indoor and outdoor dining options, or belly up to the full bar offering cocktails and bucket beer specials. Tickets are on sale now.

701 S. Miami Ave., Miami
786-233-7888
puttshack.com
Enjoy food, drinks, and the in-house mini golf while you watch the finals. After your golf session, watch the rest of the game at one of Puttshack's bars.
click to enlarge 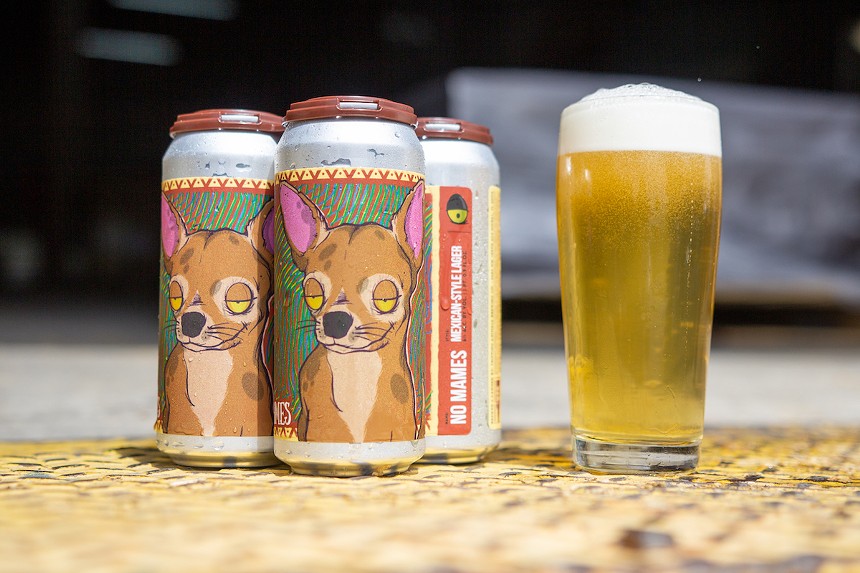 2685 NW 105th Ave., Miami
305-646-1339
trippinganimals.com
Tripping Animals has been ground zero for all the 2022 FIFA World Cup action these past few weeks. Now, with the last games ahead of us, they're staying true to their mission while showing the final matches in their taproom all weekend. Show up and pair the games with one of the brewery's cold beers, and a snack or meal from the in-house kitchen, Root 'N Bone.

2250 NW Second Ave., Miami
wynwood-marketplace.com
If you're in the Magic City, one of the best ways to watch the World Cup is at Wynwood Marketplace, where the venue's "Watch The Cup Watch Party" has been offering a full lineup of signature programming including highlights and analysis, on-demand, full-match replays, along with pre-and post- match shows — even documentaries centered around soccer legends like Lionel Messi and Diego Maradona. This weekend, televisions will be set up for fans to watch the day’s matches live. Viewing is free and open to the public.
KEEP MIAMI NEW TIMES FREE... Since we started Miami New Times, it has been defined as the free, independent voice of Miami, and we'd like to keep it that way. With local media under siege, it's more important than ever for us to rally support behind funding our local journalism. You can help by participating in our "I Support" program, allowing us to keep offering readers access to our incisive coverage of local news, food and culture with no paywalls.
Make a one-time donation today for as little as $1.