Understory Opens With a Rotating Selection of Food, Wine, Cocktails, and Music 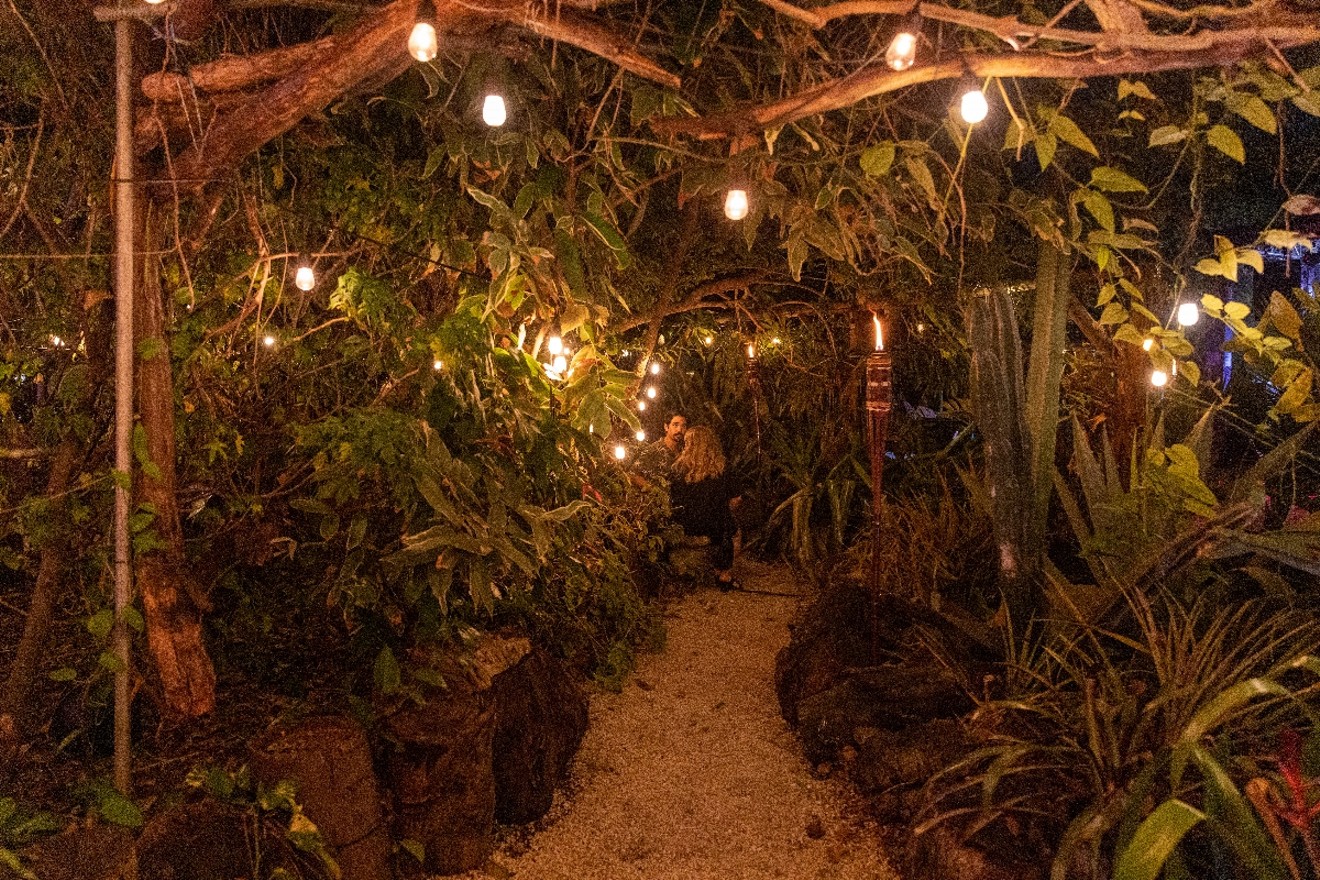 The space will offer weekly live jazz, concerts, yoga, dance classes, and more, with a robust calendar of events. If all that music and activity makes you hungry, leave it to Will Thompson and Carey Hynes to sate your appetite.

The co-owners of Jaguar Sun are charged with operating the food and beverage program at Understory — and they've enlisted the help of some of Miami's best and brightest chefs for the space.

Carey Hynes explains to New Times the concept behind Understory. "We think it's a really beautiful and unique space, and it represents a direction that we would like to see Miami move toward." Hynes says that Understory will help cultivate a new group of tastemakers helping shape Miami's culinary landscape into something unique. "I certainly welcome restaurants here from other cities, but I would like to see more unique-to-Miami experiences."

Hynes says that although the Miami food scene is growing by leaps and bounds, the cadre of small, independent restaurateurs is closely knit, and he tapped his colleagues to create food for this project. "These are all people that we know one way or the other. It can seem like there are a million restaurants in Miami, but it's a small community."

Starting this Thursday, January 19, Understory will host a revolving roster of pop-up food from some of Miami's best-loved spots, including Flour & Weirdoughs, El Bagel, Tacotomia, Sidewalk Diner, Lazy Oyster, and Tigre. The Jaguar Sun team starts the series this Thursday with an evening of pizza and oysters.

Karina Iglesias of NIU Wine and NIU Kitchen will offer wines at her weekly pop-up bar called Bad Seed. In addition, Jaguar Sun's Will Thompson will create cocktails for the space.

Each Thursday, the chefs will have a choice of cooking food from an onsite food truck (equipped with refrigeration and fryers), a wood-burning oven, or on the grill. Hynes says that chefs from across the country will eventually be invited to collaborate on casual dinners. He says chef friends in New York are especially keen on taking their skills to Miami. "Who wouldn't want to grill outdoors with palm trees?" he adds.

Hynes says that food programs for other days are still in the works, but on Wednesdays, expect tacos from Isel, a local taco vendor that, according to Hynes, makes fantastic tacos.

Hynes is used to turning nontraditional spaces into restaurants. Jaguar Sun, he says, was never meant to be a restaurant, and Sunny's Steakhouse — opened as a temporary alfresco answer to the COVID-19 problem — turned into one of Miami's most-loved establishments. Understory, he says, is the first time he and partner Thompson know precisely what they're getting into. "This is the first time we're doing this on purpose. It's a fun, outdoor tropical space. There's live music. This is meant to be a fun party."

Understory. 7135 NW First Ct., Miami; @understorymiami. Wednesday through Saturday 7 p.m. to midnight.
KEEP MIAMI NEW TIMES FREE... Since we started Miami New Times, it has been defined as the free, independent voice of Miami, and we'd like to keep it that way. With local media under siege, it's more important than ever for us to rally support behind funding our local journalism. You can help by participating in our "I Support" program, allowing us to keep offering readers access to our incisive coverage of local news, food and culture with no paywalls.
Make a one-time donation today for as little as $1.