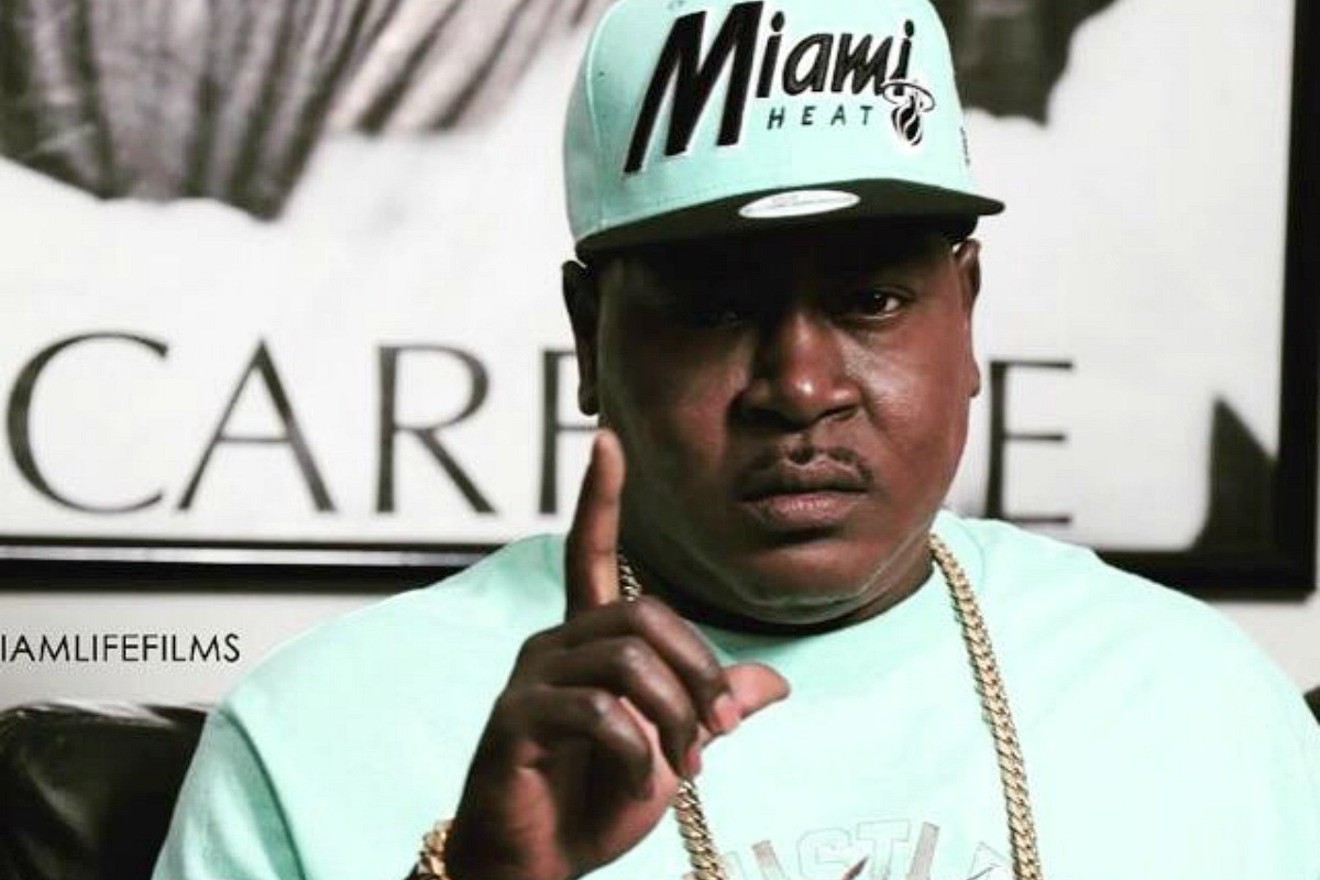 Trick Daddy's restaurant is getting negative reviews.
Photo courtesy of Slip N' Slide Records
Miami-born Maurice Samuel Young — known to the public and '90s-era fans as the American rapper Trick Daddy — is in the doghouse. Or maybe that should be the Beyhouse.

Young, 46, became a trending Twitter topic this week after audio from a conversation on the invitation-only social networking app Clubhouse was made public. On Clubhouse, users can listen in to conversations, interviews, and discussions between users discussing various topics — like tuning in to a live podcast.

In the audio clip, Young can be heard saying, "Beyoncé fuck with her because she see money.... Beyoncé ain't trying to give back to music or nothin'. Beyoncé don't write music and barely can sing her motherfuckin' self. Beyoncé can't sang!"

On Tuesday, June 22, negative reviews flooded Sunday's Eatery Yelp and Google accounts in retaliation for Trick Daddy's negative remarks about the singer.
Photo taken from Sunday's Eatery Yelp
The restaurant's Yelp account — which contains a large number of five-star reviews — also received a slew of out-of-state one-star marks, all dated June 22. The reviews have not been deleted, but the restaurant's account has been flagged for media-related activity. (New Times tried calling Sunday's Eatery but its voice mailbox was full.)

A post shared by The Hungry Black Man (@thehungryblackman)

Miami food blogger Starex Smith posted a message of solidarity on his Hungry Black Man Instagram page, saying, "Trick is being attacked because he said Beyoncé can’t sing. This man hires Black people and has a Black woman as a partner. They are who I think about when seeing how the ratings can impact tourism. Not ok. They don’t deserve this."


What's ironic here is that many Miami residents probably didn't even know Trick Daddy owns and operates a South Florida establishment until the Beyhive decided to go after him. Sunday's Eatery is a popular and well-regarded spot where diners can, as Trick puts it, "get a Sunday meal any day of the week" — and even "Take it 2 Da House" via several home-delivery options.

Sunday's Eatery. 675 NW 207th St., Miami Gardens; 305-621-9600; sundayseatery.com.
KEEP MIAMI NEW TIMES FREE... Since we started Miami New Times, it has been defined as the free, independent voice of Miami, and we'd like to keep it that way. With local media under siege, it's more important than ever for us to rally support behind funding our local journalism. You can help by participating in our "I Support" program, allowing us to keep offering readers access to our incisive coverage of local news, food and culture with no paywalls.
Make a one-time donation today for as little as $1.