The Doral Yard has officially opened its extension, known as the Backyard.
Photo courtesy of Doral Yard

8455 NW 53rd St., Doral
305-744-5038
thedoralyard.com
The Doral Yard, the community-gathering concept created by Della Heiman Goldkind and Joseph Furst, has officially launched the newest piece of the project: the Backyard. The Doral Yard’s existing indoor food hall and events space, the Hub, opened in October 2020, but plans for always on tap for the Backyard, a large outdoor space that now houses a large live music stage, covered turf, casual self-serve seating, and outdoor bar. The new grounds are just the beginning, however. In October, three more food vendors will join The Backyard when the final stage of the project comes to completion. That includes Barbakoa by Finka, the full-service restaurant by chef Eileen Andrade of Finka Table & Tap, as well as Pokekai, creators of customizable Hawaiian poke bowls. Open Sunday, and Tuesday through Thursday from noon to 10 p.m., Friday and Saturday from noon to midnight. 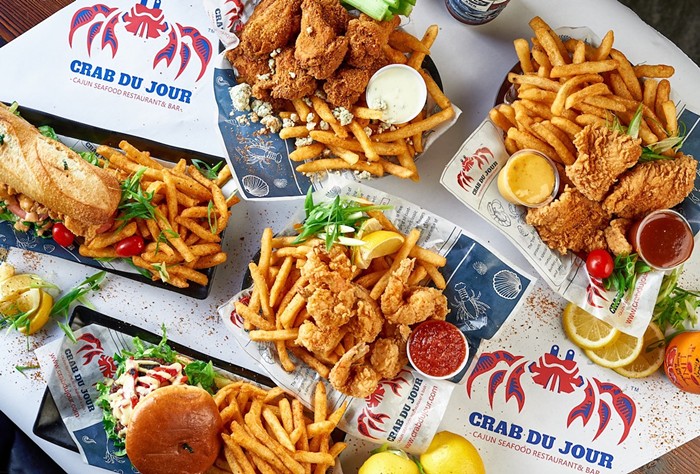 3201 N. Miami Ave., Miami
786-238-7977
crabdujourmiami.com
The Shops at Midtown Miami is now home to Crab du Jour, a restaurant chain with over 60 US locations that promises an authentic New Orleans feel and flavor. The Cajun-inspired concept's new Miami restaurant stands as the brand’s second Florida outpost, with Kendall and North Miami Beach locations on the way. Here, the menu is best known for its massive, sharing-sized seafood boils, but a large menu includes familiar seafood favorites from crawfish and po' boys to fried fish, shrimp, crab, or oysters. The best part: It's all customizable. Customers select their seafood and choose from an array of house-blended sauces, the spice level, and side items like corn, potatoes, and sausage. The menu also offers a variety of non-seafood dishes including chicken wings, onion rings, and hush puppies, as well as a full-service bar. Open Sunday through Thursday from 11:30 a.m. to 11 p.m., and Friday/Saturday from 11:30 a.m. to midnight. 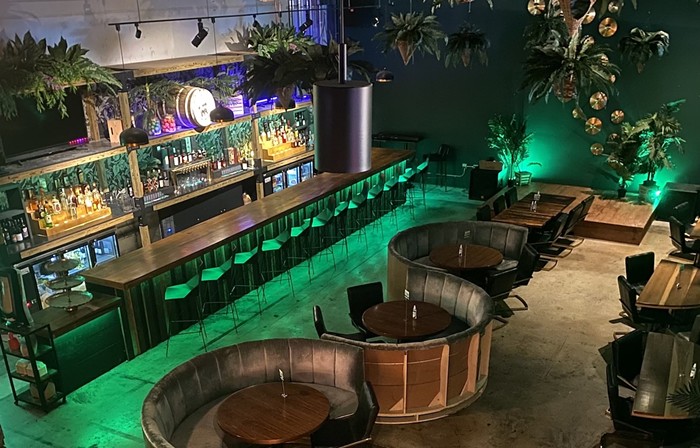 115 NW Sixth St., Fort Lauderdale (in Sistrunk Marketplace)
954-329-2551
sistrunkmarketplace.com
Fort Lauderdale’s growing and thriving Art District will soon be home to Lost & Found Sistrunk, a rum lounge and speakeasy located inside Sistrunk Marketplace & Brewery, the latest opening from market and Society 8 Hospitality Group founder Steven Dapuzzo. The tucked-away lounge can only be accessed by a private entrance at the Flower Shop. Once inside, the neighborhood lounge will give guests the opportunity to sample more than 75 varieties of rum. Through its partnership with the neighboring Shady Distillery, Lost & Found also features two of its locally distilled spirits, Shady's 12 Mile Rum and Shady vodka. Beginning in September, Lost & Found will offer limited releases of Shady Distillery’s 12 Mile Rum. The rum lounge also serves as host to Shady Distillery dinners, which are currently being offered as part of Dine Out Lauderdale and running through the end of September. The rum lounge, which is part of a new ‘Shady Local’ program, will also offer pop-up events ranging from themed mixology classes to dinner pairings and other collaborations with Shady Distillery. Open Wednesday and Thursday from 4 p.m. to 10:30 p.m., Friday and Saturday from 11 a.m. to 11:30 p.m., and on Sunday from 11 a.m. to 9 p.m.

200 South Pointe Dr., Miami Beach
240-421-1977
oche.com
An international concept known as a “gastro gaming” lounge has opened its first US location in Miami. Known as Oche — pronounced like “hockey” without the "h" — the concept combines chef-driven cuisine and craft cocktails with unique dart games optimized for socializing. The Norway-born chain gives darts a new meaning: the entertainment venue offers a variety of dart-themed games. Named for the line dart players stand behind when throwing, Oche Miami offers 13 booths with tech-driven dart games (guests can reserve booths for up to 85 minutes) starting at $25 per person. The brand's proprietary technology makes darts simple and fun, even for the most novice player, while private and semiprivate game rooms offer the same experience for larger groups. Unlike most sports or entertainment-themed eateries, Oche's menu attempts to go beyond basic pub-style fare with dishes curated by executive chef Niels van Halen, a former chef at the Michelin Star restaurant De Hoefslag in the Netherlands, while Miami mixologist David Ortiz is behind the venue's cocktail menu. Open Sunday through Thursday from 11 a.m. to midnight, and Friday and Saturday from 11 a.m. to 2 a.m.

9500 Collins Ave., Surfside
surfsidefarmersmarket
This weekend, spend your Sunday in support of local Surfside businesses. After a brief hiatus due to the pandemic, the outdoor farmers' market will resume operation every Sunday starting August 29. Helmed by Surfside resident Javier Valmana, the creator of Wavey Açaí Bowls, the market offers vendors that feature a variety of artisan items from apparel and handmade jewelry to baked goods and Wavey's plant-based bowls and Peruvian-style cuisine. Other food vendors include Ciabella, Yessi’s Kitchen, Empress Eats, Fussion Healthy 315, Coco Fine Foods, Morfa’s Produce, Craving Cups, and small-batch kombucha from Scobucha. The market is free to attend. Open from 9 a.m. to 3 p.m. Sunday.
KEEP MIAMI NEW TIMES FREE... Since we started Miami New Times, it has been defined as the free, independent voice of Miami, and we'd like to keep it that way. With local media under siege, it's more important than ever for us to rally support behind funding our local journalism. You can help by participating in our "I Support" program, allowing us to keep offering readers access to our incisive coverage of local news, food and culture with no paywalls.
Make a one-time donation today for as little as $1.