Miami's weather forecast for this weekend (and the next two months) is pretty much the same: hot and sticky with a side of rain. You could sit directly in front of your open refrigerator door, but a much more delicious option is cooling off with some ice cream.

Luckily, Miami has wonderful shops offering everything from boozy flavors to nitro-wonders. Here are five stories to help your search for a blissful brain-freeze.

Courtesy Serendipity
The Ten Best Ice-Cream Shops in Miami
As Miami's temperatures soar, we can't help but crave a scoop of ice cream. And though some consider this cold, creamy blend a special treat, Miamians deem it a necessity. From Serendipity in Wynwood to Nanndi in Downtown Dadeland, let your closest ice-cream parlor serve as a sanctuary for the scorching heat and relentless humidity. 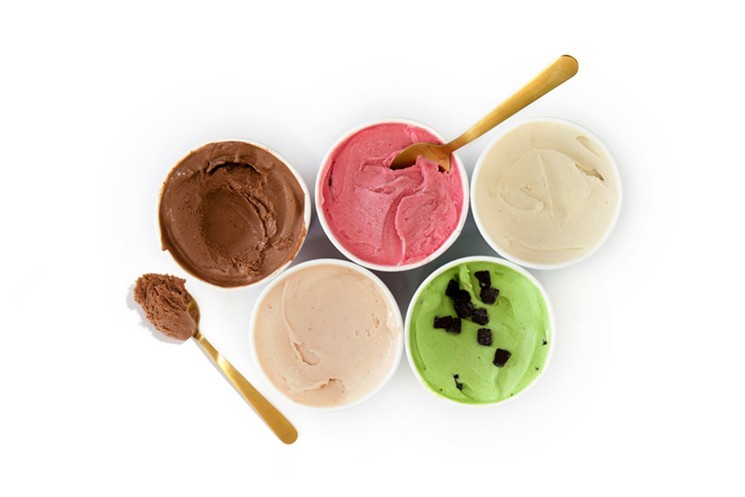 Courtesy Serendipity
Serendipity Hides Vegetables in New Ice Cream Flavors
For Serendipity's Jessica Levison, ice cream is more than a scoop of chocolate or vanilla. As the owner of artisanal ice cream stores in Surfside and Wynwood, she spends most of her time in a production kitchen inventing new flavors. There have been flower-infused creams like lavender orange; coconut-based vegan varieties without refined sugars; and a steady roster of booze-charged flavors made with local brewers like J. Wakefield.