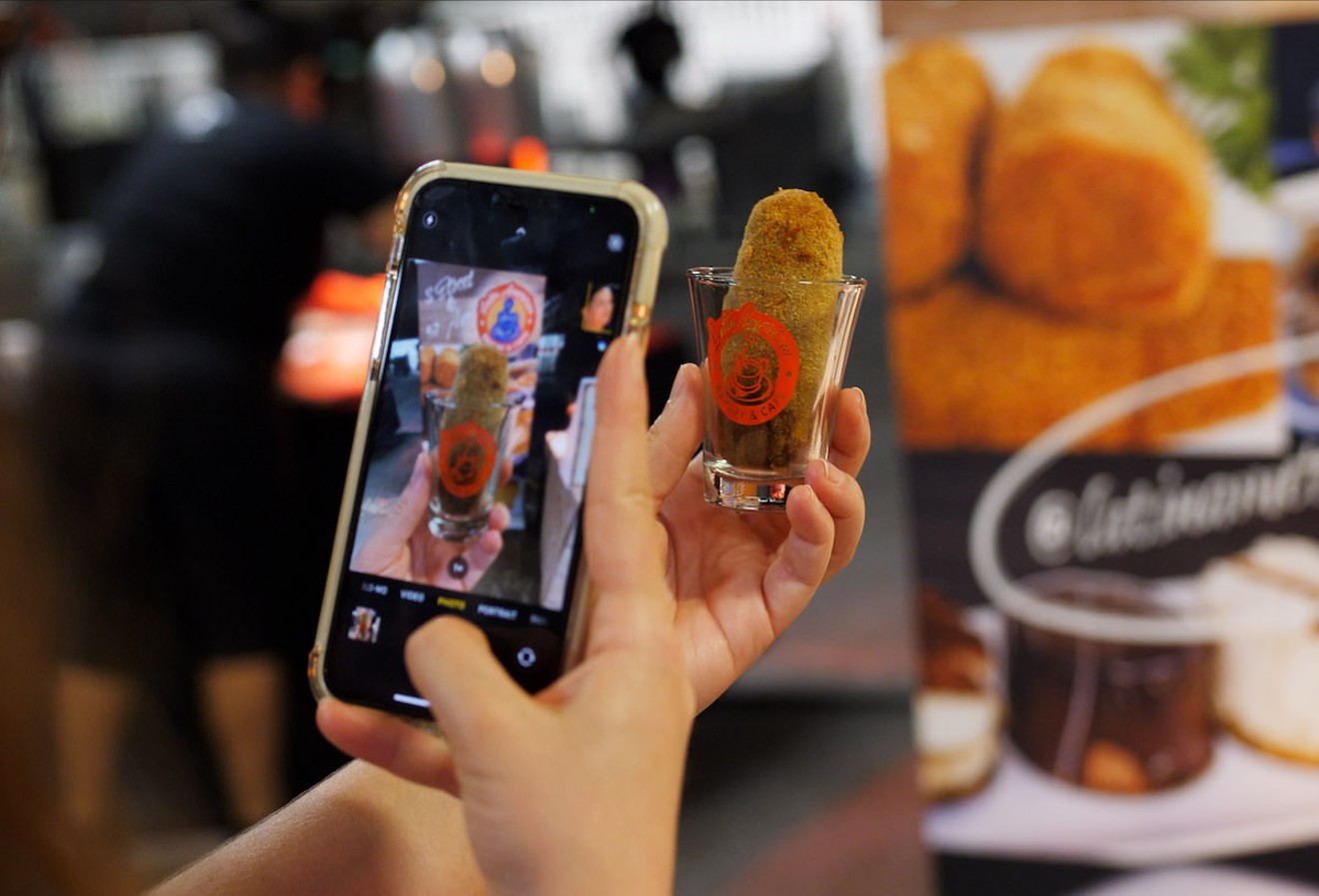 The Burger Beast founder Sef Gonzalez returns to Magic City Casino of his ninth installment of Croqueta Palooza. The Burger Beast photo
One of South Florida's most "Miami" food events is back this week for the ninth year running.

On Friday, Croqueta Palooza will once again pop up at the Magic City Casino, compliments of Burger Beast blogger Sef Gonzalez.

When it comes to celebrating the croqueta, Gonzalez tells New Times his goal was to create a food event highlighting the dishes he grew up eating with his Cuban family.

But not everyone knows it was the Cuban frita — and not the humble croqueta — he chose to feature first.

"Our first ticketed event was the Burger Beast Burger Brawl. After that, I wanted to create something else to showcase Latin food, so we did our first Frita Showdown," said Gonzalez. "I thought it would be a huge event, but I knew there was something else that could make a bigger impact."

Inspiration hit in 2013 when Gonzalez recalled a favorite saying from "La Cocina de Christina" creator Christina Gomez-Pina, a fellow food blogger who had asked him to help make croquetas for a recipe tutorial post.

Gomez-Pina called their day a "croqueta palooza," and Gonzalez promised her that one day he'd steal the term for a food festival.

These deep-friend, meat-stuffed torpedos of goodness are the featured food at Croqueta Palooza.
The Burger Beast photo
"Five years later, that's exactly what I did. Back then, croquetas weren't as popular as they are today," adds Gonzalez. "When I decided to create the event, my business partner [Nedal Ahmad] told me I was crazy. Now, it's more than just the croqueta we celebrate. This event really tells the story of Miami comfort food."

Over the years, Croqueta Palooza has evolved into a celebration of Latin fare, spotlighting everything from the pastelito and frita to empanadas.

This year, Gonzalez says he is excited to welcome several newcomers to the event. They include Offsite, which will be serving up hotdogs; a partnership with McDonald's, which will serve a special guava and cream cheese pie; and Joanna’s Marketplace, a Miami bakery that will make its first event appearance.

When you get thirsty from all the deep-fried, meat-stuffed goodness, there'll be plenty of beverages to wash it all down. Since its inception in 2013, the event has grown from serving craft beer to offering a wide variety of spirits, says Gonzalez.

Attendees can also participate in the festival's annual croqueta eating contest, where contestants are challenged to consume ten of sponsor Islas Canarias' fried delicacies in two minutes or less. The winner is awarded a replica croqueta necklace and an Islas Canarias gift card.

"Who'd have thought, nearly ten years later, we'd be here going strong? This event has become like family for us — like a high school reunion," sums up Gonzalez. "It's a celebration of everything that makes living in South Florida special."

Tickets to Croqueta Palooza 2022 are on sale now for $75 per person. Attendees must be 21 years of age or older to attend. The ticket includes unlimited food, hard and soft drinks, and entertainment access.

Croqueta Palooza. 7 to 10 p.m. Friday, December 2, at Magic City Casino, 450 NW 37th Ave., Miami. Tickets cost $75 via eventbrite.com.
KEEP MIAMI NEW TIMES FREE... Since we started Miami New Times, it has been defined as the free, independent voice of Miami, and we'd like to keep it that way. With local media under siege, it's more important than ever for us to rally support behind funding our local journalism. You can help by participating in our "I Support" program, allowing us to keep offering readers access to our incisive coverage of local news, food and culture with no paywalls.
Make a one-time donation today for as little as $1.