Ice Cream at Fireman Derek's, Miami Heat, and Other Food Events This Weekend

On Friday (today), stop by Batch Gastropub and trade in your LeBron James jersey for a new Miami Heat jersey. Bring the shirt and a $20 bill, and Batch Gastropub will supply you with a beer and the option to light up the old jersey in its burn barrel or drop it into a donation box. Plus, expect food and drink specials, s'mores, giveaways, and additional night-of surprises. Feeling lucky? Take part in Batch's "pick-the-score promo," wherein customers guess the score of the Heat game against LeBron and the Los Angeles Lakers. Stick around until for the end of the game, and you might go home with a free Heat jersey. 7 to 9 p.m. Friday, October 2, at Batch Gastropub, 30 SW 12th St., Miami; 305-808-5555; batchgastropub.com.

In the spirit of Miami Heat forward Jimmy Butler's love for coffee, Black Market has debuted a coffee-themed cocktail: Butler's Barista Brew. The drink, priced at $10 throughout the NBA Finals, is made with rum, sweet vermouth, and organic cold-brew coffee. Reservations during game days are recommended and can be made by calling the restaurant at 305-400-8023. 168 SE First St., Miami; 305-400-8023; blackmarketmia.com. 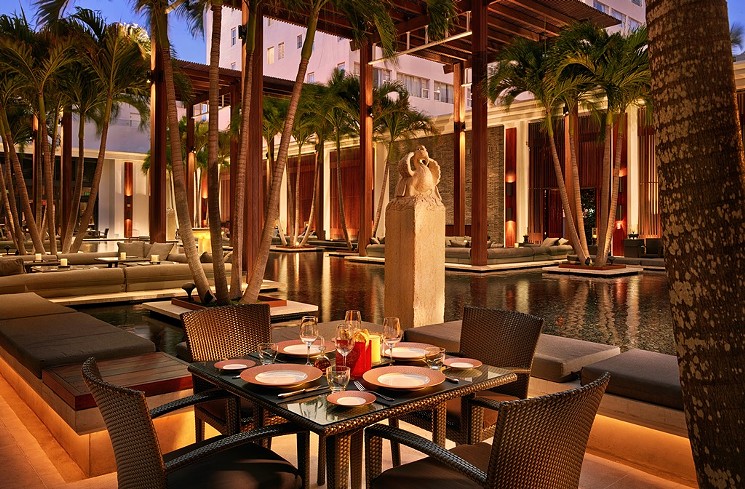 Miami Spice, the annual culinary promotion that offers three-course prix-fixe meals, has been extended through the end of October 2020. This year, the annual program, led by the Greater Miami Convention & Visitors Bureau (GMCVB), kicked off two months early, on June 1, as part of a larger initiative called Miami Shines that aimed to help local establishments recoup some of their business after the coronavirus pandemic shuttered restaurant dining rooms in March. The program, which offers three-course lunch/brunch ($25) and/or dinner ($39), usually attracts hundreds of Miami restaurants. Despite waiving fees and allowing restaurants that are not members of the GMCVB to join this year, the number of participating restaurants was significantly lower. Through October 31; miamiandbeaches.com.
KEEP MIAMI NEW TIMES FREE... Since we started Miami New Times, it has been defined as the free, independent voice of Miami, and we'd like to keep it that way. With local media under siege, it's more important than ever for us to rally support behind funding our local journalism. You can help by participating in our "I Support" program, allowing us to keep offering readers access to our incisive coverage of local news, food and culture with no paywalls.
Make a one-time donation today for as little as $1.