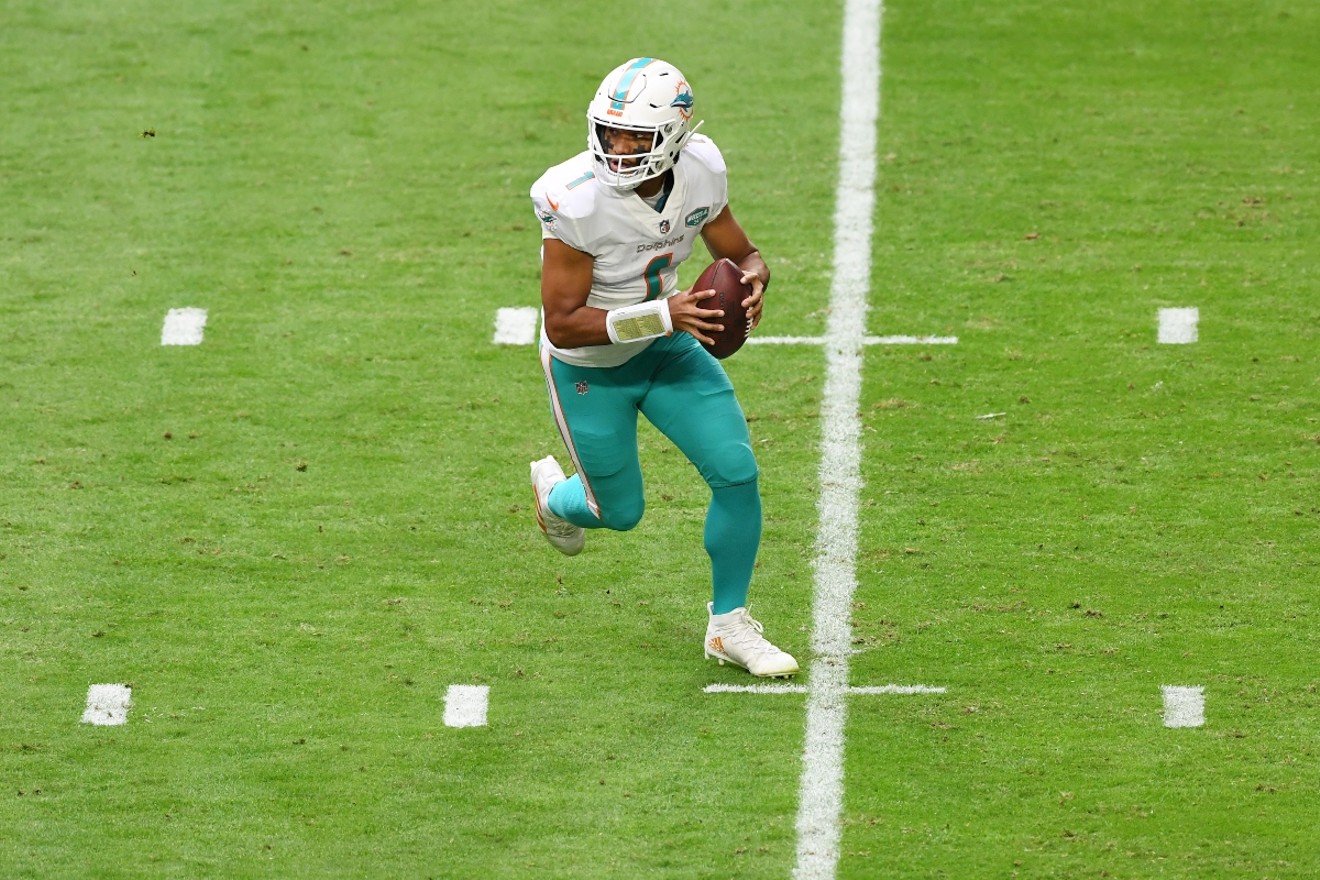 If you didn't know it was only Tua Tagovailoa's second career NFL start in Sunday's thrilling 34-31 win over the Arizona Cardinals, you would have sworn it was his 200th. Tua finished the game with two touchdowns and went 20-28 for 248 yards, including a handful of fourth-quarter passes that got the Dolphins in range for a Jason Sanders 50-yard field goal that sealed the deal.

The Miami Dolphins are now a 5-3 football team that clearly has their quarterback and coach situation nailed. National media is calling Dolphins coach Brian Flores a Coach of the Year candidate, and Tua Tagovailoa is the talk of the league.

Finally, Dolphins fans have something to smile about.

After years of searching under every rock and at the bottom of every canal, the Dolphins have found themselves a bonafide star under center. From Jay Fiedler to Cleo Lemon to Joey Harrington to Chad Henne to Ryan Tannehill, the Dolphins have tried their hand at just about every brand of man to fill the void Dan Marino left in Miami in 1999.

Watching Sunday's 34-31 rollercoaster win, it was pretty clear, even to the national media, that the Miami Dolphins are on the verge of something special.


From an organizational standpoint, that’s the most significant Dolphins win I can remember in at least 12 years. The momentum, the hope, the style, the entertainment. And the fact that it puts this team squarely in the playoff picture at mid season. That’s called “legitimacy.”

While it's early, the non-existent learning curve shows what many believed when the Dolphins selected their new quarterback with the fifth-overall pick in this year's NFL Draft: Tua Tagovailoa is the real deal.

TUA IS TUA-0 AS A STARTER FOR THE DOLPHINS

WE REALLY GOT A QB FAM pic.twitter.com/3mARKPN59q

HOW ABOUT THE MIAMI DOLPHINS ! HOW ABOUT TUA #FinsUp pic.twitter.com/xGg7q8TEdN

Tua-mania rolls on next weekend when the Dolphins host the Los Angeles Chargers at Hard Rock Stadium. The game pits Tua against another young and exciting quarterback, the Chargers' Justin Herbert, a player the Dolphins passed on to take Tua in the draft. Another victory would give the Dolphins six wins in their last seven games and the inside track on a playoff appearance, something that has been few and far between during the last 20 years.

Miami has its quarterback. And Miami Dolphins fans have something to look forward on Sundays again.
KEEP MIAMI NEW TIMES FREE... Since we started Miami New Times, it has been defined as the free, independent voice of Miami, and we'd like to keep it that way. With local media under siege, it's more important than ever for us to rally support behind funding our local journalism. You can help by participating in our "I Support" program, allowing us to keep offering readers access to our incisive coverage of local news, food and culture with no paywalls.
Make a one-time donation today for as little as $1.