Bill Would Label Criticism of Israel in Florida Schools "Anti-Semitic" 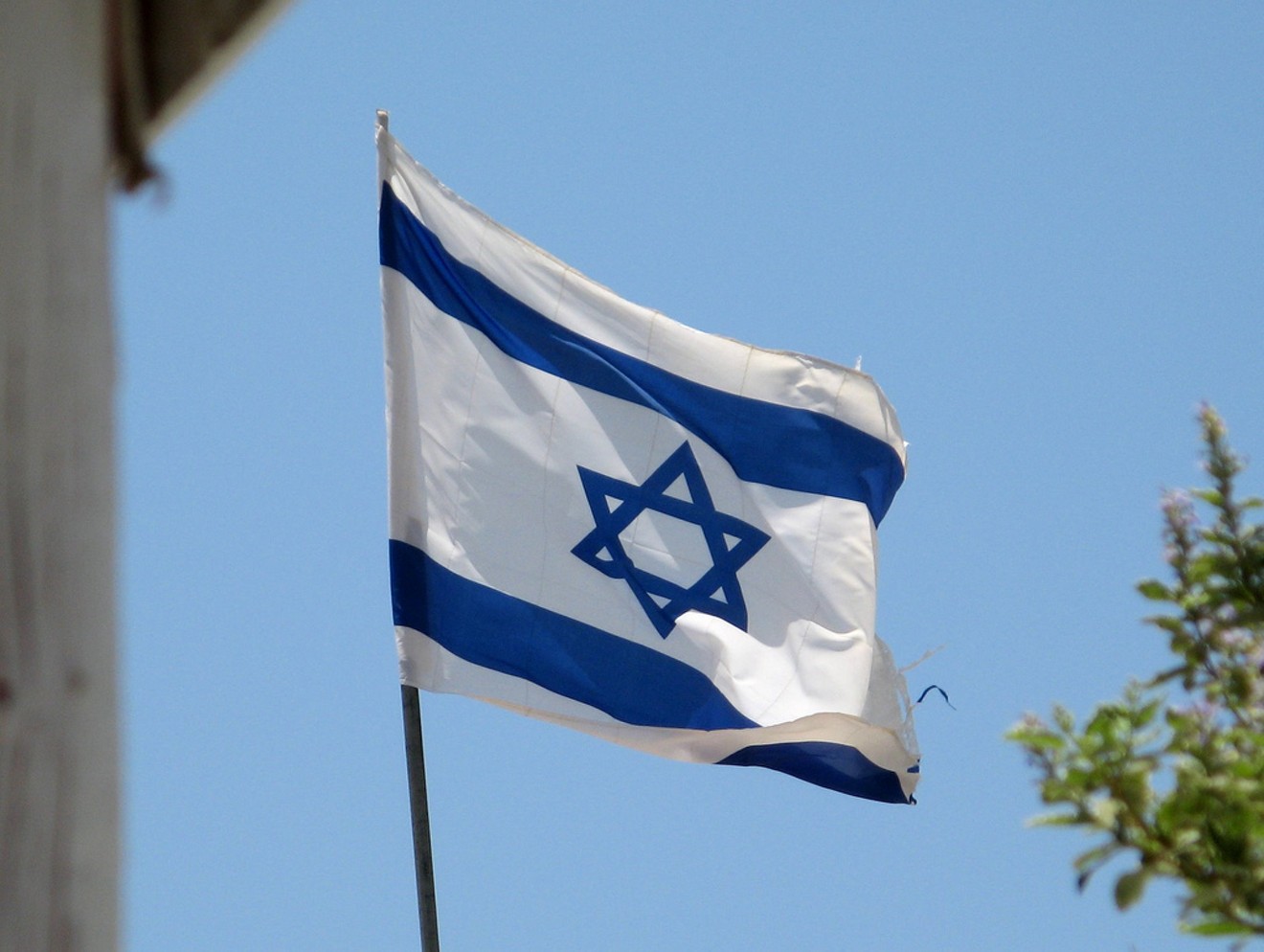 Photo by BernieCB / Flickr
In May 2018, the state of South Carolina passed a bill lawmakers said was aimed at fighting anti-Semitism in the state's public school system. But many critics were instead alarmed: Rather than simply cracking down on speech critical of Jewish people, the law instead banned criticism of the state of Israel. For example, the bill banned teachers and students from bringing up Israeli human-rights violations or from "singling out" Israel for criticism or "denying Israel the right to exist." When a South Carolina congressman then tried to file a similar law at the federal level, the American Civil Liberties Union labeled that bill an "attack on free speech" that would "silence criticism of Israel that is protected by the First Amendment."

Well, yesterday a South Florida lawmaker filed a virtually identical bill and reignited the debate. If enacted, the measure from Palm Beach County Rep. Mike Caruso, a Republican, would ban both obvious and abhorrent cases of anti-Semitism (denying the Holocaust, calling for attacks on Jewish people, etc.) and criticism of the Israeli state. The bill would force all public institutions in Florida, from kindergarten through public university, to "take into consideration anti-Semitism when determining if a practice or act was discrimination on the basis of religion."

"Discrimination," however, would also include government criticism almost certainly protected by the First Amendment. Under the law, Florida residents could sue or otherwise file complaints against teachers or administrators who criticize the Israeli state. The ACLU in June 2018 warned that similar laws especially stifle speech on college campuses: History or geopolitics professors might be forced to stop discussing Palestinian-rights programs; administrators could be scared into prohibiting or restricting pro-Palestine groups on campus.

Similar bills are "part of a disturbing surge of government-led attempts to suppress the speech of people on only one side of the Israel-Palestine debate," the ACLU wrote online last year. "The trend manifests on college campuses, in state contracts, and even in bills to change federal criminal law, but the impact is the same: Those who seek to protest, boycott, or otherwise criticize the Israeli government being silenced."

The provisions banned under Caruso's bill are common talking points Israel's right-wing politicians use to counter criticism. The nation, for example, has been repeatedly criticized by the United Nations and independent human-rights organizations for its treatment of Palestinian people. (Human Rights Watch, for example, states that Israel has committed "apparent war crimes" in Gaza and that Gaza is an "open-air prison.") Israel, however, typically counters by claiming that the country is being "singled out" by the U.N. and other nonprofits, or that the criticism is coming from anti-Semitic sources.

Caruso is a freshman lawmaker elected to represent coastal Palm Beach County in Florida House District 89 last November. He ran an explicitly pro-Trump campaign otherwise based around being "tough on crime," arresting opioid users and dealers, and demonizing undocumented immigrants as "strain on our economy." He did not respond to a message from New Times last night.

The ACLU of Florida, however, told New Times that the rights-organization plans to keep a watch on the bill's progress to make sure that the bill does not ultimately silence political speech.

"Addressing anti-Semitism and all forms of religious discrimination is crucial, particularly given the rise of recent attacks and hateful rhetoric, but it does not justify silencing constitutionally protected speech," Kara Gross, the ACLU of Florida’s Legislative Director and Senior Policy Counsel, said through a spokesperson. "All Floridians have the right to free speech without the threat of government interference. Similarly, all Floridians have the right not be discriminated against based on their actual or perceived religion. While we applaud efforts to add ‘religion’ as a protected category from discrimination in our schools, we oppose any provisions that infringe on the First Amendment rights of Floridians. The ACLU of Florida will continue to monitor the progress of this bill to ensure our First Amendment rights remain intact.“

Caruso's proposal comes as pro-Israel politics are weirdly becoming a massive ideological battleground in Florida: The state currently bans companies from participating in the "Boycott Divestment, and Sanctions" (BDS) movement, in which critics of Israel's human-rights policies boycott Israeli companies. Last year, state lawmakers tried to ban the musician Lorde from performing in Miami and Tampa after she canceled a concert in Tel Aviv.

Israel's supporters claim the BDS movement is inherently anti-Semitic — and there are certainly some anti-Semites who criticize Israel as a proxy for their hatred of Jews. But progressive Palestinian-rights groups instead say the BDS movement is a constitutionally protected form of protest against a nation that restricts the access of Palestinians living in the West Bank and Gaza Strip to travel, medicine, water, labor protections, and civil rights, and forces them to live in what critics routinely call an "apartheid state." Florida Sen. Marco Rubio has since tried to file similar BDS restrictions at the federal level. In response, the ACLU said Rubio was trying to violate the First Amendment. The ACLU and other civil rights groups have repeatedly challenged anti-BDS legislation and similar crackdowns judicially, and time and again federal courts have struck down anti-BDS rules for violating the First Amendment.

Newly elected Gov. Ron DeSantis has also, for some reason, waded into the pro-Israel debate. He is trying to penalize the home-rental service Airbnb after the company said it would stop letting Israeli citizens rent out homes illegally located in Palestinian territories. (The United Nations says Israeli settlements in Palestinian territories violate international law.) After DeSantis' decision, state Chief Financial Officer Jimmy Patronis yesterday urged the Florida Cabinet to "recognize Jerusalem as the capital of Israel," a deeply controversial move that would please Israel's current, far-right government but offend Palestinians and Muslims who live in the country and also consider Jerusalem a "holy city."

Hallandale Beach Commissioner Anabelle Lima-Taub is also currently under fire from civil-rights organizations after claiming that U.S. Rep.Rashida Tlaib, a Palestinian-American woman and critic of Israel's human-rights record, was a "Hamas-loving anti-Semite" who might "blow up the Capitol building." Despite the Anti-Defamation League and other groups denouncing her statements as racist, Lima-Taub says she is "unapologetic."

Caruso's bill also comes as teachers and educators are being increasingly pressured to avoid criticizing Israel. Last year, a Palestinian-American teacher from Texas, Bahia Amawi, sued her state after her school tried to force her to sign a mandatory, pro-Israel "loyalty oath." She refused, citing political differences with the Israeli state, and was fired. According to the Palestinian-rights group Palestine Legal, similar legislation has been enacted in 25 other states (including Florida) and has been introduced in 13 others. Caruso (second from left) at his recent swearing-in ceremony.
Florida House of Representatives
The idea for Caruso's bill, which he appears to have swiped from his former Republican opponent in the 2018 primary, already has critics in Florida. Alan Levine is one of them. The First Amendment lawyer and activist with Jewish Voice for Peace, a group of left-leaning Jews that Palestinian civil-rights efforts and opposes the Israeli occupation of the West Bank and Gaza Strip. Speaking via phone, he described Caruso's bill as a transparent free speech crackdown. "This is a flat-out violation of the First Amendment," he said. "The idea that the state can punish criticism of any nation-state, given the First Amendment, is absurd."

Levine has fought to defend Palestinian-rights groups operating on college campuses in the past; he's currently working on a legal case in which Fordham University in New York City allegedly refused to let the group "Students for Justice in Palestine" operate on campus. He said he feels the "most frequent repression of speech on college campuses today is pro-Palestine, anti-Israel speech."

He added: "Supporters of Israel have found that to be very effective; [they can] push back against Israel to label all criticism as anti-Semitic. But usually they are saying things not critical of Jews, but the Israeli state. They're not talking about Jewish qualities, but state policies. This is a protected form of speech under the First Amendment."
KEEP MIAMI NEW TIMES FREE... Since we started Miami New Times, it has been defined as the free, independent voice of Miami, and we'd like to keep it that way. With local media under siege, it's more important than ever for us to rally support behind funding our local journalism. You can help by participating in our "I Support" program, allowing us to keep offering readers access to our incisive coverage of local news, food and culture with no paywalls.
Make a one-time donation today for as little as $1.