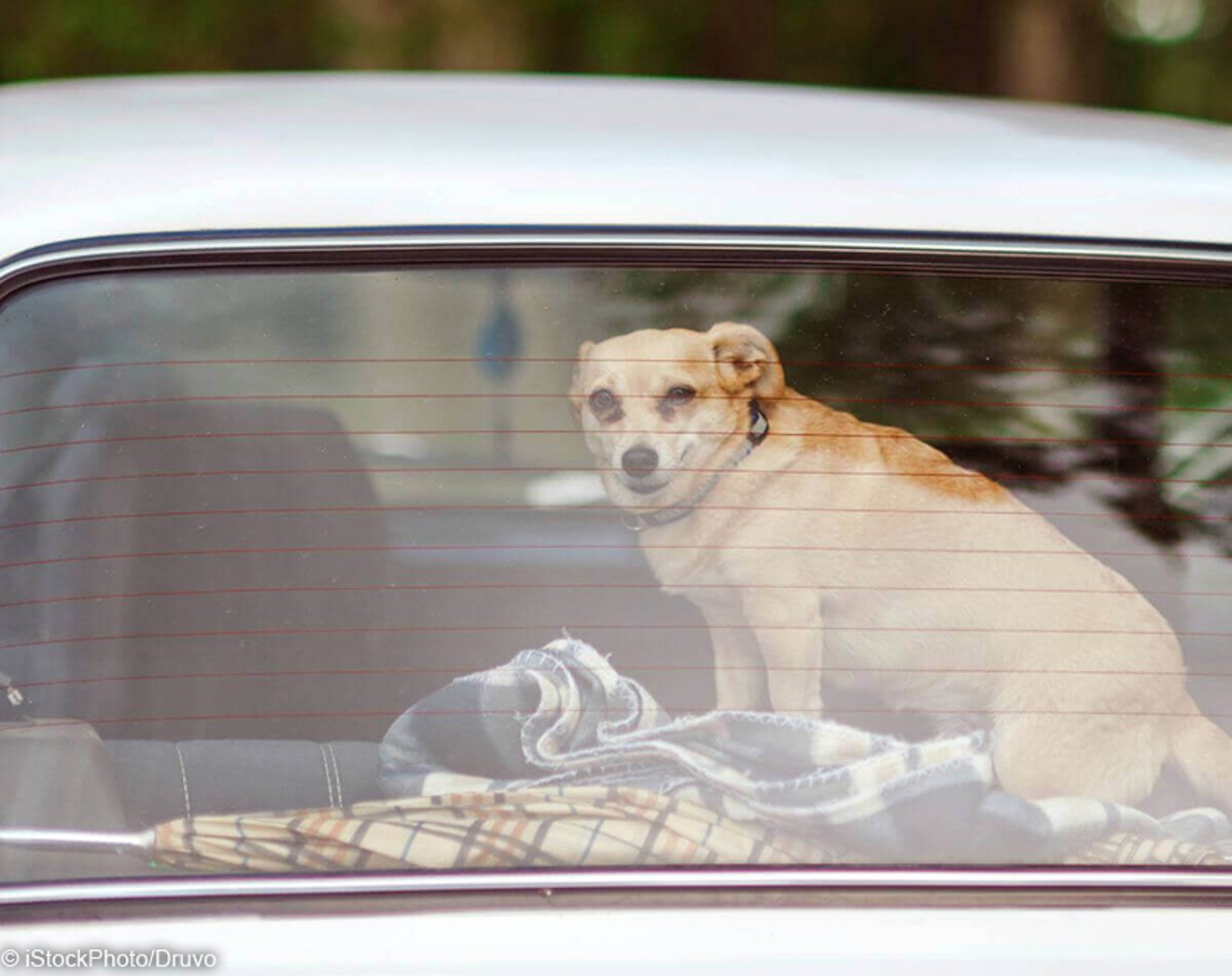 PETA is sounding the alarm on what it calls a “national crisis” of dogs and other animals being left in hot cars. Photo via iStock/Druvo courtesy of PETA
It would be at least three hours until sunset, and the temperature in Miramar on August 5 would reach upward of 90 degrees.

Sitting and panting inside the locked car as the increasingly hot air barely circulated through windows lowered roughly two inches was Chop the dog, Miramar police say. After a firefighter arrived on the scene in front of a nail salon on Miramar Parkway to extract the dog from the vehicle, Chop went limp on the cool floor of the air-conditioned fire truck.

The woman who left Chop in the vehicle had been getting her nails done, leaving Chop in the car for about an hour, according to an incident report. When a first responder took the internal temperature of the vehicle, the thermometer returned an error message — meaning the temperature exceeded 107 degrees, the highest temperature the instrument could register.

Chop survived. But the same cannot be said for at least 31 other animal companions so far this year who were reported dead as a result of being left in hot vehicles, according to recently released data from the Washington, D.C.-based nonprofit PETA (People for the Ethical Treatment of Animals). Another 104 pets have been safely recovered after being left behind in hot cars this year. Since 2020, four pets have died in hot cars in Florida, including a Cocoa Police Department K-9 dog named Zena, who was left in the back of her handler's patrol vehicle in June. August is only half over and the number of heat-related animal deaths in vehicles this year has already equaled 2020’s total, according to the data.

The animal-rights organization is sounding the alarm on what it calls a “national crisis.”

“People may not realize how hot a car can get. In 100- or 90-degree weather, your car can reach 109 on the inside in 10 minutes,” Bridget Rogers, a PETA research associate, tells New Times. “So there’s really no amount of time that’s safe to leave a dog in a car or with the windows down. The only way to avoid this is to not put them in that situation.”

It doesn't help that 2021 has been an unforgivingly hot Miami summer, with the heat index reaching record levels in June and peaking at 108 degrees, according to the National Weather Service.

"A lot of people think they're going to be quicker than they actually are. They don't realize how quickly your dog can succumb to heat-related death," Rogers says. "And that's what's so horrible about it. It can often take some time to succumb. They may be gasping for air or crying for help and you can't hear them. It is a slow and painful death, certainly."

Beyond raising awareness to help prevent these grotesque and often tragic incidents, PETA organizers are advocating for legislation that would mandate the installation of devices in vehicles that would alert a driver to the presence of a person or animal still in the vehicle after the ignition has been turned off.

The Hot Cars Act of 2021 was introduced by Democratic lawmakers in May but remains in committee limbo. A similar bill was introduced last year and passed the U.S. House of Representatives but failed in the Senate.

"If anyone sees someone's dog in a car, you should take action immediately, which could save that dog's life," Rogers says. "It's really important to not leave any animal in any car for any reason."
KEEP MIAMI NEW TIMES FREE... Since we started Miami New Times, it has been defined as the free, independent voice of Miami, and we'd like to keep it that way. With local media under siege, it's more important than ever for us to rally support behind funding our local journalism. You can help by participating in our "I Support" program, allowing us to keep offering readers access to our incisive coverage of local news, food and culture with no paywalls.
Make a one-time donation today for as little as $1.