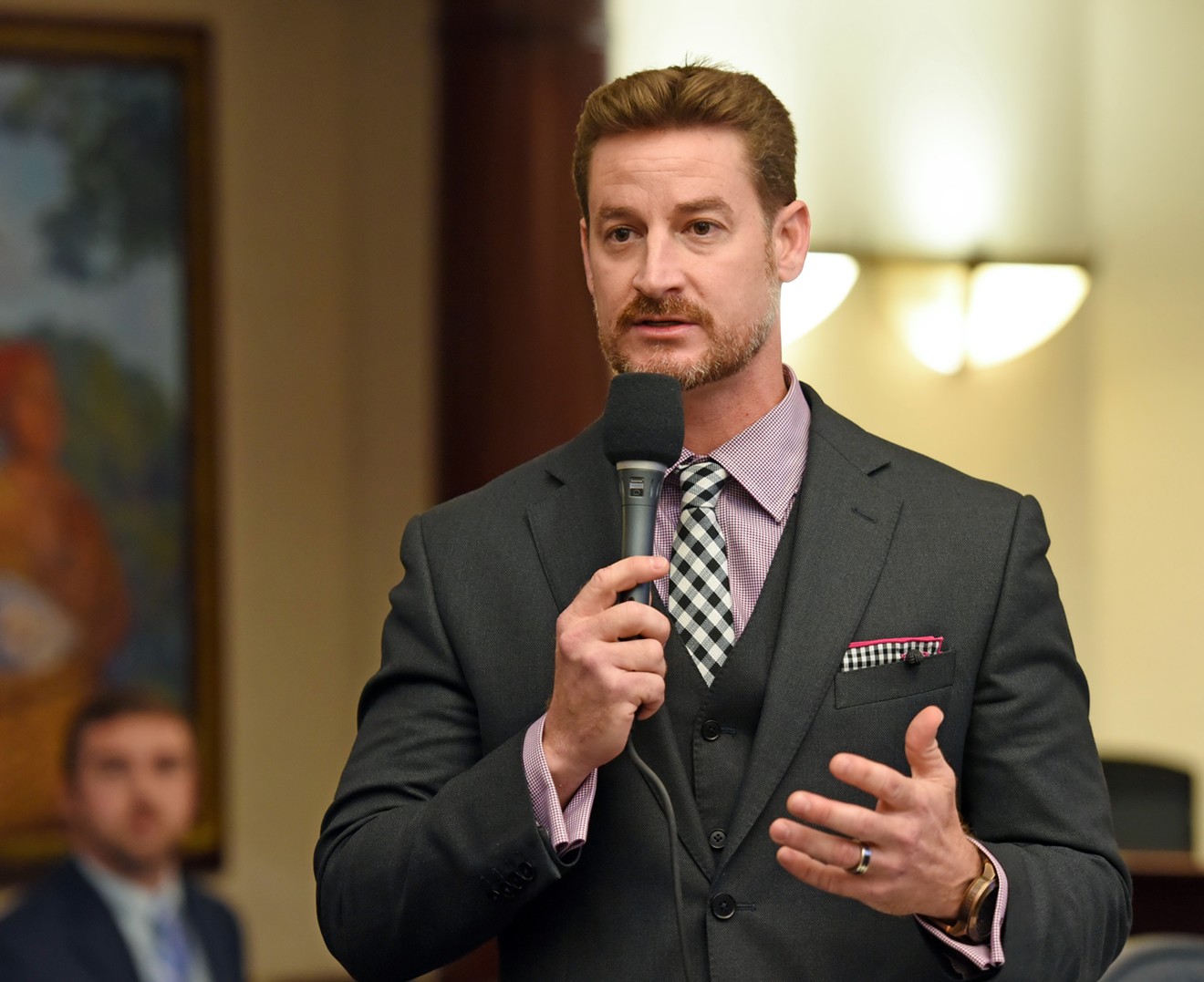 Florida House of Representatives
Greg Steube is a nightmare. Steube, a lawyer and military veteran, represented Sarasota in the Florida House of Representatives for six years before earning a promotion to the Florida Senate in 2016. With larger shoes to fill, Steube now appears to be swinging for the fences. He's chucked a remarkable number of bills against the wall in the hopes that some will stick — and nearly all of them are next-level bananas.

Steube's legislative interests appear to include making sure every American owns a gun, sponsoring racist and unconstitutional anti-immigrant bills, and clandestinely trying to cripple Florida's open-records laws. A week has not gone by this year without someone in the New Times office reading through the list of bills filed in the Florida Legislature and shouting, "That guy again?"

So because Steube proposed an anti-immigration bill this week that was blatantly unconstitutional (said bill would make it a felony to reenter Florida after you've been deported, even though the federal government sets immigration law), here's a running list of all the garbage Steube has dumped in the Legislature this year:

1. A bill to ensure that concealed-carry permit-holders can bring guns into airports, which Steube defended mere hours after the mass shooting at Fort Lauderdale-Hollywood International Airport.

2. A bill that would automatically ratchet up punishments for crimes committed by undocumented immigrants — a rule that would almost certainly be unconstitutional.

3. A bill to make reentering Florida after you've been deported a third-degree felony, even though that law would violate the U.S. Constitution's Supremacy Clause, because state laws can't contradict federal ones (especially after 2012's Arizona v. State Supreme Court ruling).

4. A bill that would make it illegal to get an abortion after 20 weeks of pregnancy.

5. A bill adding more mandatory-minimum sentences for drug trafficking (even though both parties agreed a year ago that mandatory minimums are bad policy).

6. A bill that would punish owners of gun-free areas like schools or shops if anyone gets hurt inside them.

7. A bill that would make it easier for people to claim "Stand Your Ground" if they shoot someone.

9. A crackpot bill that would let any taxpayer in Florida object to writings in public-school textbooks (i.e., God is real, Darwinism is not real, any literature with gay people or sex is bad, etc.).

10. And a bill that would cut the legs out of Florida's public-records law and make it extremely difficult to sue the state for taxpayer-owned records.