If you've experienced a minor league baseball game in the past 20 years, it's hard to believe there was a time when it was viewed and treated as a virtual throwaway by its Major League parents.

In the 1960s, minor league baseball was rotting and dying a slow death. With low attendance and a slew of rundown stadiums, it was thought its only surviving entities might be AAA teams and possibly some AA ball clubs. The thinking back then was that college baseball, much as it had for football and basketball, would become the primary feeders for major league teams.

But in the 1970s, partially out of necessity due to MLB expansion, the minors began to resuscitate. In the late 1980s, on the strength of better marketing, Darwinian instincts, and believe it or not, due in a very large part to the release of Kevin Costner blockbuster Bull Durham (a film that, cinematically, is to minor league baseball what The Godfather is to the mob), the minor leagues saw a resurgence that continues to this day.

Once seen as a dying industry, it can now count billionaires like Warren Buffett, Robert E. Rich Jr., and Herb Simon among its owners.

Why are all of these captains of industry throwing their hats into the minor league baseball ring? Well, quite simply, it's just good business.

Affordability and superior marketing are what brings people to the ballpark. According to the most recent statistics, the Fan Cost Index (a metric which adds up the cost of tickets, hot dogs, sodas, beer and parking for a normal family of four) for a minor league baseball game is $61.23, less than a third of Major League Baseball's FCI of $210.46.

Once inside, the entertainment begins. Yes, there's baseball. But minor league ballparks are also the happy places where Christmas can be celebrated in May, Halloween can be celebrated in July, Star Wars can be celebrated whenever, and Manti Te'o's phony girlfriend can be the genesis for "Lennay Kekua Night," where Stanford students received two free tickets and catfish was served at the concession stands.

Fans bring in the revenue, but the secret sauce in the profitability model for minor league baseball as opposed to its Major League parent is in the player, manager, and coaching costs. Put simply, for minor league teams there are none.

Whereas with MLB teams, their largest line item far and away is the cost of the on-field staff's salaries (mostly players, but also coaches, managers, and trainers), for minor league teams, those costs are all subsidized by the parent ball club. Hell, even the cost of the bats and balls are split between the MLB club and its minor league affiliate.

It's basically the equivalent of owning a factory and having all of the workers paid for by some invisible sugar daddy.

The other aspect of minor league baseball that makes ownership so enticing is the willingness of cities and counties to help subsidize, or in many cases fully subsidize, the cost of new stadiums to help stimulate the local economy.

It's a phenomenon that buoyed new stadium construction in big league markets, including Houston, throughout the late '80s and the '90s: Convince municipalities that erecting a fully paid for baseball Taj Mahal will attract baseball fans, families, tourists, and the all important corporate dollars out to the park.

Watch the people spend money, watch them stimulate the economy, repeat (roughly 70 nights a year in the minors).

The new stadiums are a huge part of the draw, allowing patrons to feel like they're getting some semblance of a Major League experience at a decidedly lower pricing point. (Truth be told, most fans are much closer to the action at a minor league game than they could ever hope to be at a big league game.)

In Frisco, the Mandalay-owned Roughriders (Texas Rangers AA affiliate) play in Dr Pepper Park (built in 2003), an award winning palace of a minor league yard with nine interconnected pavilions and a swimming pool. In Round Rock, the Ryan-Sanders owned Express (Rangers AAA affiliate) play at the Dell Diamond, where kids can play on the playscape or swim in the swimming pool.

Basically, these ballparks have become a microcosm of affluent suburbs, where having a swimming pool is merely a baseline for rating one's level of privilege.

Round Rock President Dave Fendrick puts it best: "At a minor league game, maybe 20 percent of the fans are hardcore baseball people. The other 80 percent are there to be entertained and to enjoy a night out at a great ballpark.

"We have a great ballpark." 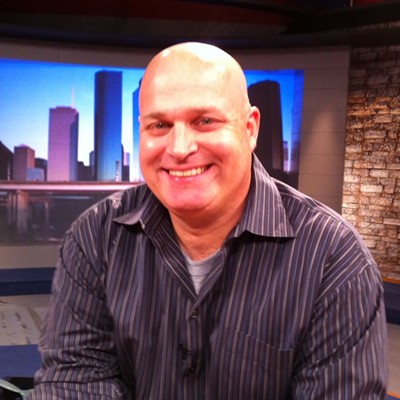 Sean Pendergast is a contributing freelance writer who covers Houston area sports daily in the News section, with periodic columns and features, as well. He also hosts afternoon drive on SportsRadio 610, as well as the post game show for the Houston Texans.
Contact: Sean Pendergast