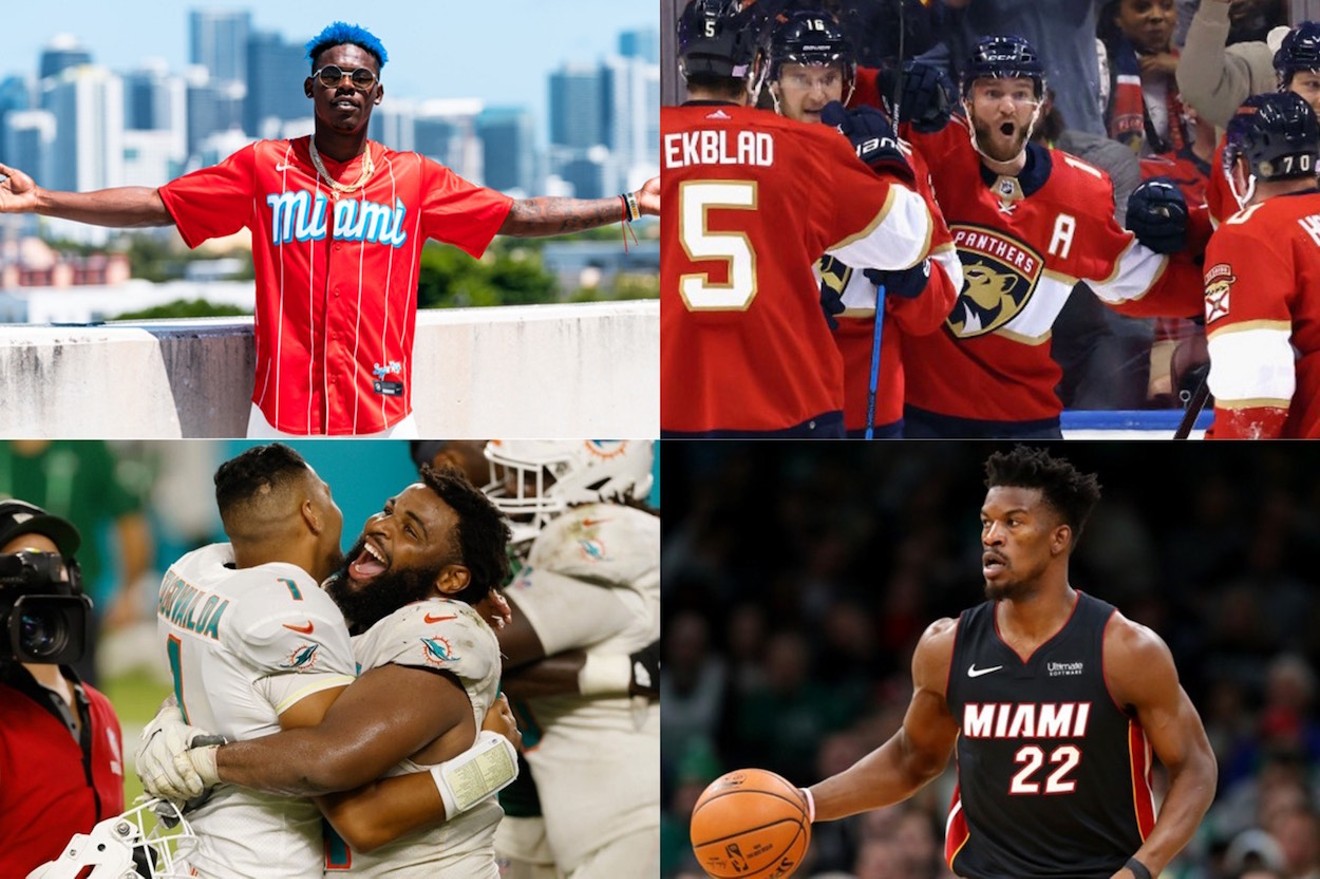 With good self-evaluating comes good new year's resolutions, and the sincere hope the next year is better than the one that passed.

To help in that endeavor, we graded every team's 2021 performance in a handy report card. From the Miami Dolphins to the Miami Marlins to the Florida Panthers, here is how each team played this year.

The year got off to a dismal start when they ended last season with a devastating 56-26 loss to the Buffalo Bills on January 3. Things only seemed to be getting worse when the Dolphins lost seven of the first eight games of this season.


Since then, they've reeled off a comeback that makes the end result more respectable but does not change the concerns that surround the overall product.

On a positive note, the most important question that needed answering going into 2021 is settled: Tua Tagovailoa is the answer at quarterback. This offseason there will be no need to go out and trade draft picks that run into the next presidential election season for Deshaun Watson and his $40 million a year contract.

Tua will do just fine — with the added help he lacked this season.

The Florida Panthers celebrate a goal against the Washington Capitals on November 4 at FLA Live Arena in Sunrise, Florida.
Photo by Bruce Bennett/Getty Images

If we're grading our local sports teams' performances in 2021, the Florida Panthers receive the highest grade, by far. In a COVID-shortened 2020 season, the Panthers were one of the best teams in the NHL but fell to the Tampa Bay Lightning, the eventual Stanley Cup champions, in the first round.


This season, the Panthers have made it clear 2020 was no fluke. They're an elite NHL team, among the league's best. Even through a turbulent season in which they lost their coach to a scandal that happened a decade ago and injuries that have depleted the team at times, the Panthers have continued to perform well.

There is no doubt if you had to put a Vegas betting line on the odds to win a title in the next year, the Florida Panthers are the likeliest team in South Florida to hold a parade in 2022.

COVID, injuries, and an assortment of unfortunate and unforeseen events have made the Heat's starting lineup on a nightly basis about as predictable as picking correct Powerball numbers.
Photo by Maddie Meyer/Getty

It's been an up-and-down past 12 months for the (otherwise) most stable sports franchise in all of Florida. After a rollercoaster end to the 2020 season that featured a sweep in the first round of the NBA playoffs at the hands of the Milwaukee Bucks, Miami had come into the current season playing much better basketball.


Then, life happened. COVID, injuries, and an assortment of unfortunate and unforeseen events have made the Heat's starting lineup on a nightly basis about as predictable as picking correct Powerball numbers. The squad has banded together, though, and through it all have stayed in good position as Bam Adebayo and Markieff Morris recover from injuries.

No matter how you put it, 2021 was a disappointing and terrible season for the Marlins.
Photo courtesy of the Miami Marlins

The Marlins went 67-95 in 2021 — a cool 21.5 games behind the first-place team in the NL East. That's not good. There is no spin to make that seem remotely OK. No matter how you put it, 2021 was a disappointing and terrible season for a baseball team expected to make things interesting coming off a surprising playoff appearance in 2020. The Marlins went full Marlins in 2021.

But there is plenty of hope they'll be much better in 2022. The problem is, of course, we've heard that before! Between a beautiful ballpark and exciting baseball players like Jazz Chisolm and Sixto Sanchez, the ingredients are there for baseball in Miami to grab some attention. Points for a farm system that is one of the best in MLB.

They had an overall bad season by any teams' standards, even one's that did not exist a few years ago.
Photo courtesy Inter Miami CF

Judging Inter Miami's 2021 season is a tough task. On one hand, the team greatly improved in more ways than one. They bring a fighting chance to the pitch every game, the stands are usually packed to the brim, and the roster is much improved.


On the other hand, they finished last season 12-17-5, good for 11th place in the 14-team Eastern Conference, and an overall bad season by any teams' standards, even one's that did not exist a few years ago. Inter Miami CF seems to have stability moving into 2022 with Phil Neville and some new player additions debuting, but they have a long way to go before living in the same fan loyalty and expectations Zip Code as the Heat, or even Panthers.
KEEP MIAMI NEW TIMES FREE... Since we started Miami New Times, it has been defined as the free, independent voice of Miami, and we'd like to keep it that way. With local media under siege, it's more important than ever for us to rally support behind funding our local journalism. You can help by participating in our "I Support" program, allowing us to keep offering readers access to our incisive coverage of local news, food and culture with no paywalls.
Make a one-time donation today for as little as $1.