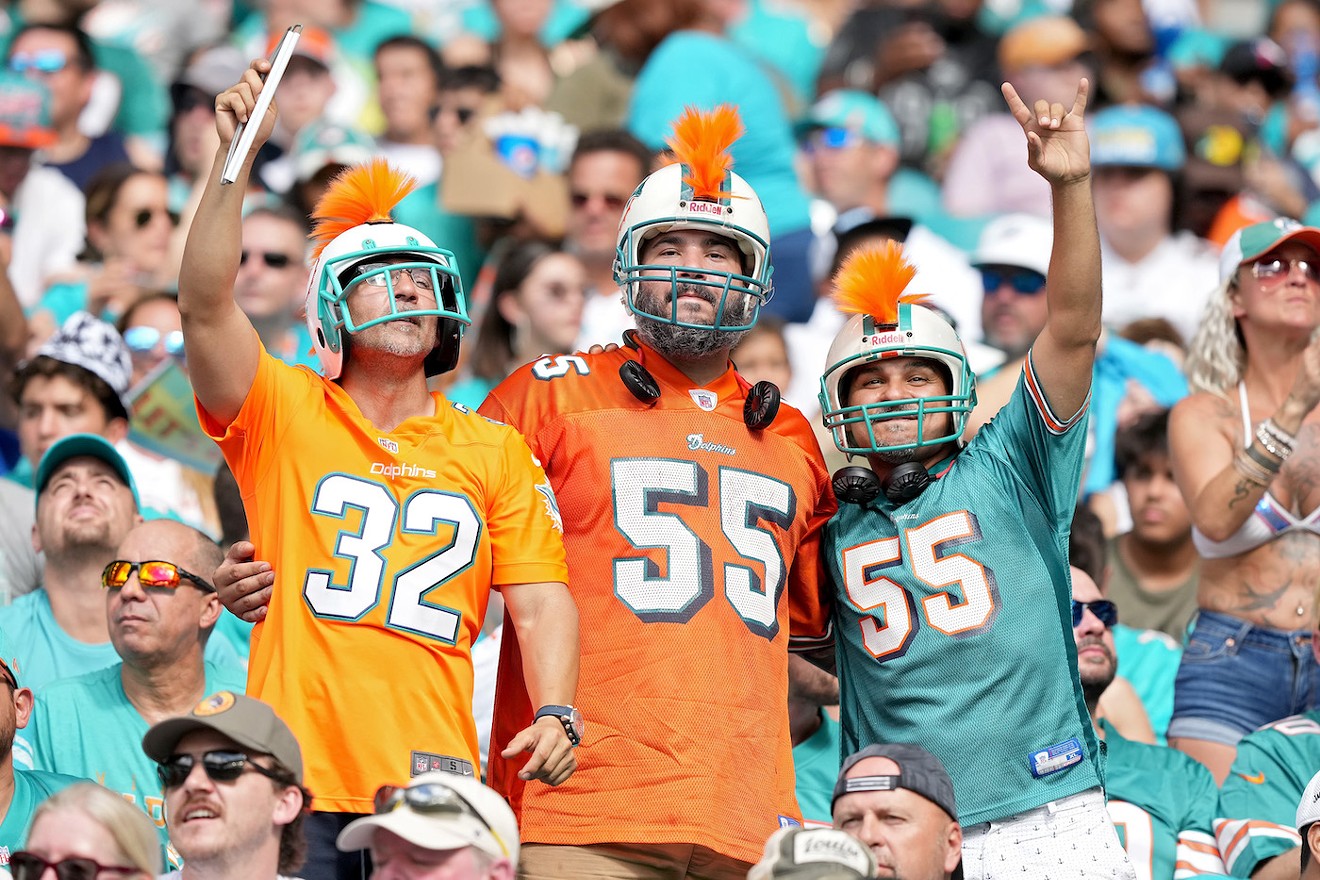 The Dolphins and their fans are having more fun this year than in any other season in recent memory. Eric Espada/Getty Images
The Miami Dolphins came out of Sunday's 30-16 victory over the hapless Houston Texans an 8-3 team, in sole possession of first place in the AFC East and in the driver's seat to secure a spot in the postseason.

In summary, the 2022 season is going pretty well, and as a result, the Dolphins and their fans are having more fun this year than in any other season in recent memory.

After years of letdowns, there's a distinct change in vibes around the 2022 Dolphins team. Perhaps the finest example of Sundays hitting differently from past seasons is a touchdown celebration that has swept the nation, check that, the world: the Jaylen "Waddle," a penguin-inspired dance Dolphins second-year wideout pulls out of his bag each time he reaches the end zone.
The Waddle has always been popular since Waddle debuted the move last season, but this past Sunday may have been the craze's breakout performance. During the game, a group of Dolphins fans braved the South Florida humidity while wearing penguin costumes themselves. Waddle not scoring was surely a bummer, but it didn't stop them from busting out the Waddle multiple times on a day Waddle snared five receptions for 85 yards, including a long acrobatic catch.

Seeing penguin-dressed men in Hard Rock Stadium might be expected these days, but to find a Dolphins fan in the shadow of remote icebergs, bringing the move directly to the source? Nobody saw that coming, but that's exactly what happened on Sunday.

A fan who goes by the handle @rayray_mia posted to Twitter a video of himself wearing a Waddle jersey in Antarctica, doing the dance in the presence of hundreds of likely confused penguins. It's now abundantly clear: The Waddle has gone worldwide, just like Pitbull.


I did a thing in Antarctica @D1__JW 🐧🐧🐧 @MiamiDolphins #Waddle pic.twitter.com/tT1ZIHWMNv

It's clear that Dolphins fans are having plenty of fun mimicking the touchdown celebration of one of the team's biggest stars, but the dance would be less enjoyable if the Fins weren't winning football games. Luckily, the Dolphins are winning plenty, and Waddle has a new tradition for that occasion, as well.

After Sunday's win, Hard Rock Stadium tweeted an image of a T-shirt featuring the phrase "Fins for the Win," a sentence Dolphins fans have come to expect the Dolphins' social media team to capture Waddle uttering on the way out of the stadium after a Fins win.

Before you get too cocky, note that Miami now takes the Waddle Show and a five-game winning streak on the road for a three-game stretch against some of the NFL's toughest teams: the San Fransico 49ers, Los Angeles Rams, and Buffalo Bills. The next time Miami will play in front of its home fans is the day after Christmas.

Meantime, if you're looking for a fun holiday gift your for Dolphins fan loved ones, we have a suggestion.
KEEP MIAMI NEW TIMES FREE... Since we started Miami New Times, it has been defined as the free, independent voice of Miami, and we'd like to keep it that way. With local media under siege, it's more important than ever for us to rally support behind funding our local journalism. You can help by participating in our "I Support" program, allowing us to keep offering readers access to our incisive coverage of local news, food and culture with no paywalls.
Make a one-time donation today for as little as $1.