Despite Talk of Human Rights, Rubio and Scott Vote to Prolong America's Hideous War in Yemen 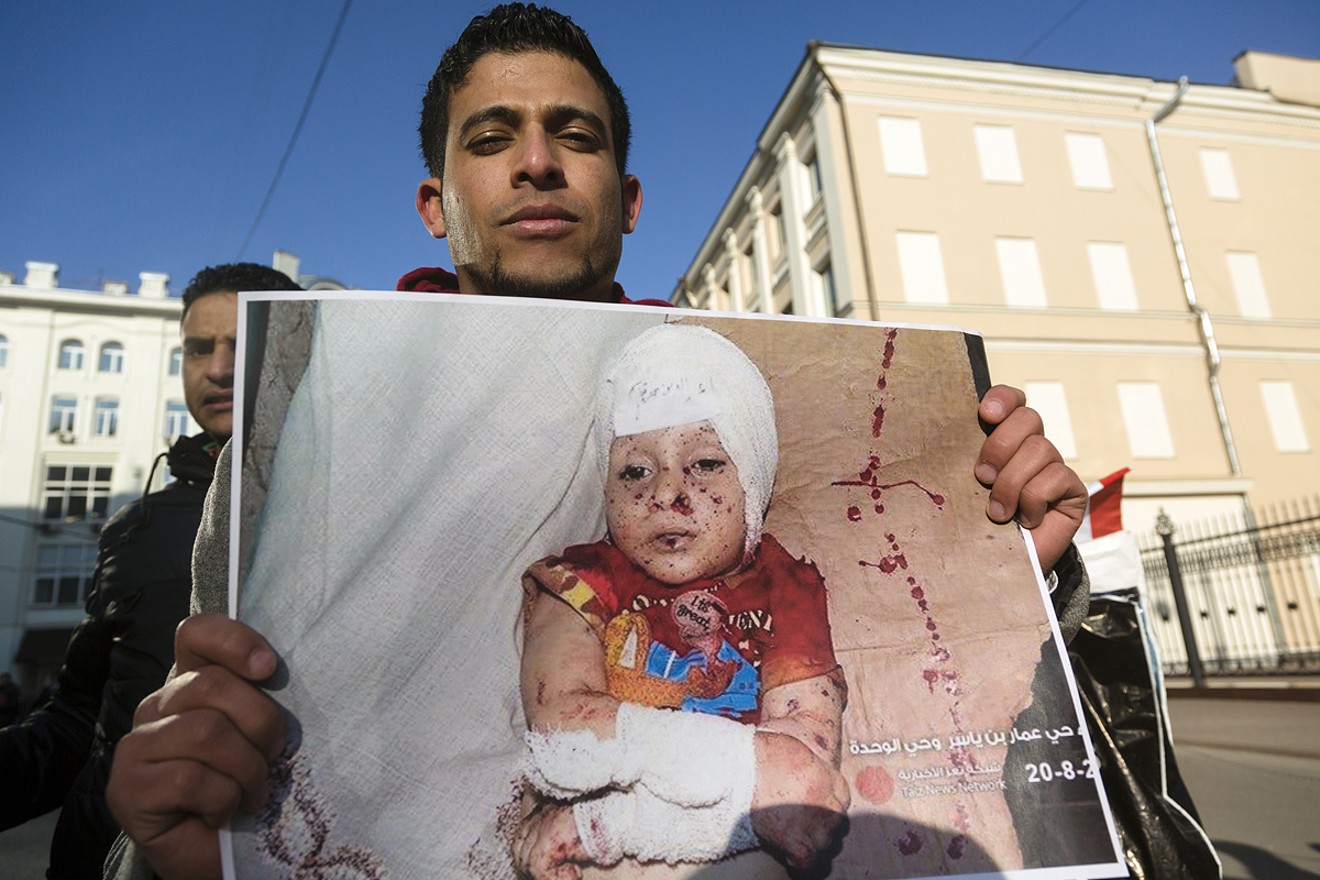 A Yemeni national in Moscow protests the Saudi bombardment in 2015. NickolayV / iStockPhoto.com
According to Human Rights Watch, the Saudi attack on Yemen has sparked the single worst humanitarian crisis in the world right now. Children are starving to death, cities lie in ruins, and a cholera outbreak is ravaging the poverty-stricken nation. Innocent people live in constant fear they will be vaporized by a drone strike or missile.

The devastation is America's fault. Since the war began, the United States has aided its Saudi allies by refueling Saudi warplanes and supplying the kingdom with all sorts of weapons and military support.

And despite Florida Sens. Marco Rubio and Rick Scott painting themselves as crusaders for human rights in their quest to oust Venezuelan strongman Nicolás Maduro, both voted yesterday to prolong America's involvement in the incomprehensibly brutal and unnecessary war.

Thankfully, they lost: The Senate voted 54-46 to terminate America's involvement in the conflict, during which Saudi forces in 2018 used a U.S.-made bomb to blow up a school bus carrying 40 children, among other acts of barbarity. The measure will likely pass the Democrat-controlled House, which will force President Trump to either sign the bill or publicly express support for the war.

Seven Republicans voted for the measure, which was sponsored by Democratic Sen. Bernie Sanders and Republican Sen. Mike Lee. Rubio and Scott were not among those who crossed the aisle to help end a wholly useless war.

The vote came down around 5:30 p.m. yesterday. Minutes after voting to continue starving Yemeni children, Rubio tweeted about his concern for "human suffering" in Venezuela.


This is an excellent account of the human suffering caused by the collapse of all order inside #Venezuela.

The only thing the #MaduroRegime can still do is violently repress dissent.

It can no longer provide basic government services.

Sure, man.
KEEP MIAMI NEW TIMES FREE... Since we started Miami New Times, it has been defined as the free, independent voice of Miami, and we'd like to keep it that way. With local media under siege, it's more important than ever for us to rally support behind funding our local journalism. You can help by participating in our "I Support" program, allowing us to keep offering readers access to our incisive coverage of local news, food and culture with no paywalls.
Make a one-time donation today for as little as $1.