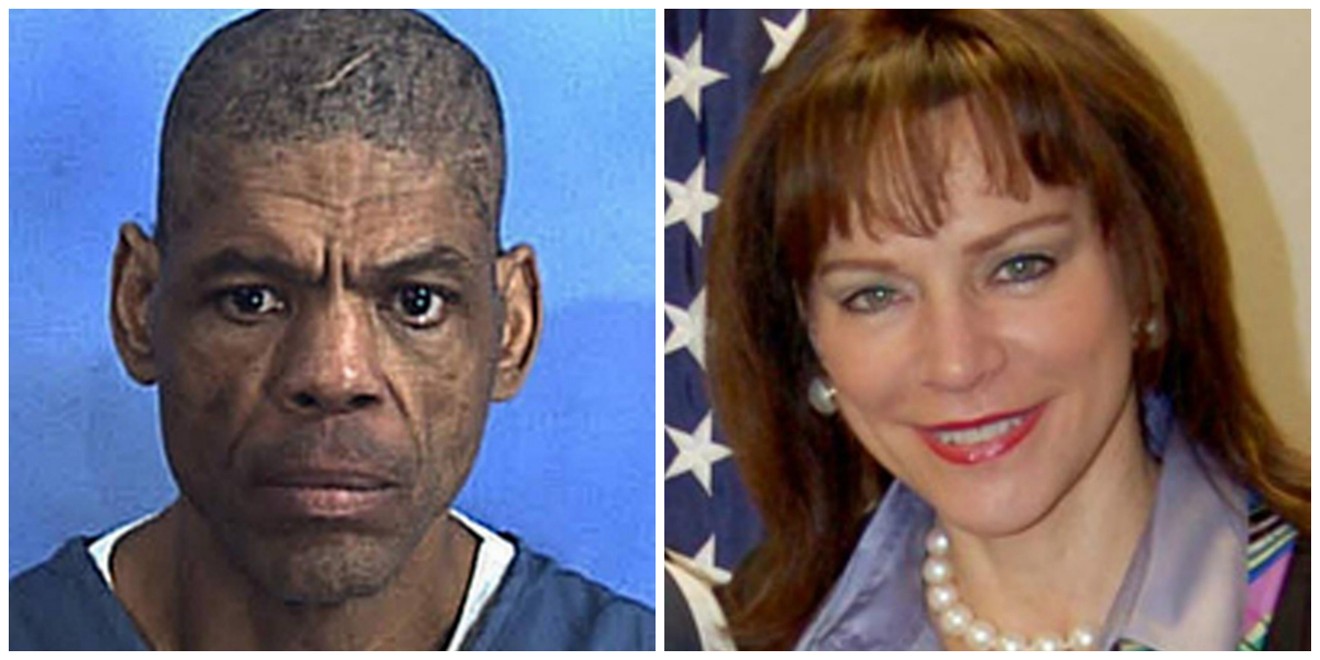 On June 23, 2012, Darren Rainey, a schizophrenic man serving time for cocaine possession, was thrown into a prison shower at the Dade Correctional Institution. The water was turned up to 180 degrees — hot enough to steep tea or cook ramen noodles.

As his punishment, four corrections officers — John Fan Fan, Cornelius Thompson, Ronald Clarke, and Edwina Williams — kept Rainey in that shower for two full hours. Rainey was heard screaming, "Please take me out! I can’t take it anymore!” and kicking the shower door. Inmates said prison guards laughed at Rainey and shouted, "Is it hot enough?"

Rainey died inside that shower. He was found crumpled on the floor. When his body was pulled out, nurses said burns covered 90 percent of his body. A nurse said his body temperature was too high to register with a thermometer. And his skin fell off at the touch.

But in an unconscionable decision, Miami-Dade State Attorney Katherine Fernandez Rundle's office announced Friday that the four guards who oversaw what amounted to a medieval-era boiling will not be charged with a crime.

“The shower was itself neither dangerous nor unsafe,’’ the report says. “The evidence does not show that Rainey’s well-being was grossly disregarded by the correctional staff.’’

Rundle's office announced the results of its investigation in a Friday-afternoon news dump, the kind that public officials typically use to bury unflattering news or information. Rundle's office would clearly like this case to vanish over the weekend — but the facts are so inhumanely grotesque that the decision should haunt the office for eternity.

Rundle took over as Miami-Dade's top prosecutor in the 1990s after Janet Reno left to join the Bill Clinton administration. Rundle has remained the state attorney since then. In that time, she has never charged a Miami police officer for an on-duty shooting.

It's important to note that all Rundle had to do to show she cared was charge the prison guards with a crime. It's up to a jury to assess guilt. Despite the fact that a man died in a shower and that multiple witnesses said they saw burns on his body and heard screaming, Rundle didn't think there was enough evidence to bring criminal charges.

The New Yorker magazine published an investigation about Rainey's death. The magazine detailed how a whistleblower, Harriet Krzykowski, was bullied, harassed, and forced into therapy after trying to speak out about abuses at the jail.

Rundle's 72-page close-out memo leans heavily on an autopsy report that has been roundly criticized by civil rights advocates. The report claims Rainey was not found with burns when he died. Howard Simon, executive director of the Florida affiliate of the American Civil Liberties Union, has said the report, which was leaked to the media during the investigation, showed that a federal investigation was needed.

Rundle's office, however, noted one Miami-Dade County cop reported that nurses said Rainey's body had "red areas" on it and that his skin was, indeed, "slipping off" after he was removed from the shower. Rundle's memo said, however, the slippage could have been due to "body decomposition" rather than burns.

"In response to specific questions by Detective Sanchez regarding burns, Dr. [Emma] Lew advised that Rainey did not sustain any obvious external injuries, and, particularly, that there were no thermal injuries (burns) of any kind on his body," the report says. It then adds that from 2012 to 2014, no cause of death was determined.

This was complicated, however, by the fact that Rainey's family members say they were pressured to rapidly cremate his body. If further evidence of a murder existed, it has long been burnt to ashes.

One witness quoted in the Herald and New Yorker pieces, Harold Hempstead, was an inmate serving time for felony robbery. Hempstead kept a diary and reported that he heard Rainey's screams.

But Rundle's Friday memo took great pains to disqualify Hempstead's diary as inaccurate and unreliable. Multiple inmates told Rundle's office they heard screams, but the state attorney claimed the accounts were "inconsistent" and could not be trusted.

"Accordingly and in conclusion," Rundle wrote, "the facts and evidence in this case do not meet the required elements for the filing of any criminal charge."

She then signed her name.