Florida's Energy Companies Are Spending More Money Than Ever on Lobbying 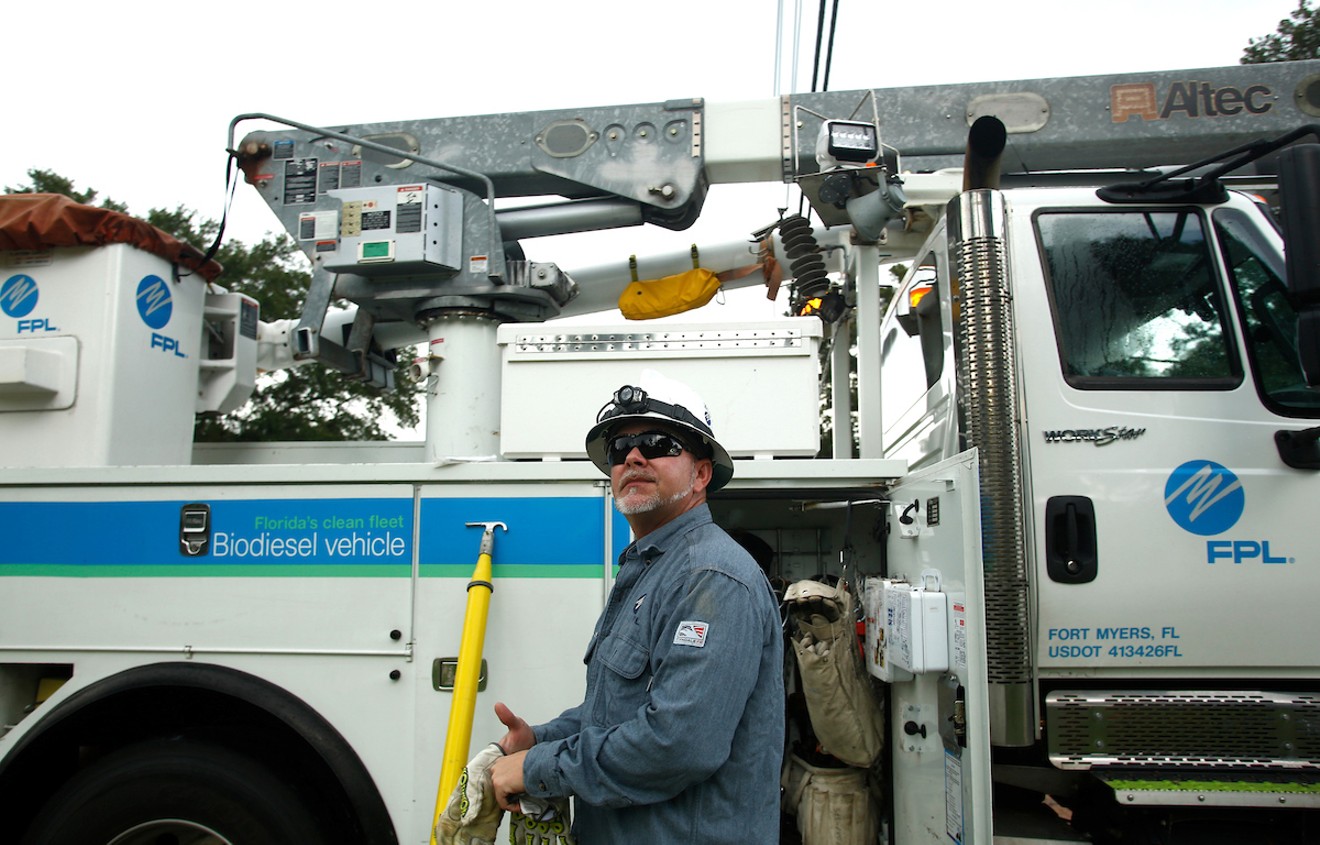 Courtesy of FPL
The average Floridian would be forgiven for assuming that moneyed interests such as Big Sugar and power companies have a stranglehold on the state government. Just last year, lobbyists for Florida Power & Light (FPL) were caught literally writing the text of proposed laws.

Well, a new report from the watchdog group Integrity Florida won't make anyone feel better about state politics. Utility and power companies are spending an unprecedented amount of money on influencing the political system, according to the report, released yesterday. Energy companies such as FPL spent more on politically influence projects in the past four years than they did in the previous ten years.

Much of that support, the watchdog warns, came in 2016, when multiple utility companies backed a fraudulent ballot initiative, Amendment 1, which even they admitted was designed to trick consumers into giving up their rights to home-mounted solar panels.

"Florida’s four largest electric utility monopolies gave state-level candidates, political parties, and committees more than $43 million during the 2014 and 2016 election cycles," the report reads. "This means they spent more than twice as much on political contributions during a four-year period than they spent during the prior ten-year period."

Integrity Florida says an outside environmental group, the Southern Alliance for Clean Energy (SACE), commissioned the watchdog to write this week's report. SACE is perhaps the loudest power-company critic in Florida — FPL has repeatedly claimed the alliance is a radical "political group" trying to put utility companies out of business, a charge SACE denies. Regardless, utility influence in Florida is an important issue: Many of the firms involved, including the Company and FPL's parent firm, NextEra Energy, are some of the top carbon-dioxide polluters in America.

In the new report, Integrity Florida warns that utility firms are pumping money into state-level political party coffers at massive levels. There are no limits on the amount of money individuals can donate to political parties, and utility firms gave just less than $1 million to the Democratic Party and a whopping $5.2 million to the Florida Republican Party from 2014 to 2016. That cash was then passed around to candidates across the state.

Integrity Florida also warns that utilities are pumping money into outside trade associations, such as the Florida Chamber of Commerce and the Associated Industries of Florida. Those organizations then say they're spending that cash on their own to influence elections. As one might expect, the companies are also donating in droves to the Florida Public Service Commission (PSC), the state body tasked with regulating public power companies. Utilities also gave $1.8 million to Gov. Rick Scott in 2014 and 2016 combined.

"The PSC Nominating Council selects a pool of prospective commissioners, which they submit to the governor, who makes the final selections. Utilities made significant contributions totaling over $1 million to the governor when he was up for re-election in 2014 but much less in 2016, when they gave $235,000," the report reads. "The governor is also important in off-election years due to his role in signing or vetoing all legislation."

Integrity Florida also notes a previous report from the watchdog Energy and Policy Institute. That report warned that utility firms had found ways to charge consumers for state lobbying fees too. (FPL has said that the report is inaccurate and that consumers don't reimburse FPL for government-influence fees.) Integrity Florida warns that utility firms' influence is so pervasive in the state that Florida should consider banning donations from utility firms. (Don't hold your breath for that to happen.)

"This report does not include a look at utility campaign expenditures for the 2018 electoral cycle," Integrity Florida writes. "However, news coverage indicates that utilities continue to make sizable contributions."
KEEP MIAMI NEW TIMES FREE... Since we started Miami New Times, it has been defined as the free, independent voice of Miami, and we'd like to keep it that way. With local media under siege, it's more important than ever for us to rally support behind funding our local journalism. You can help by participating in our "I Support" program, allowing us to keep offering readers access to our incisive coverage of local news, food and culture with no paywalls.
Make a one-time donation today for as little as $1.