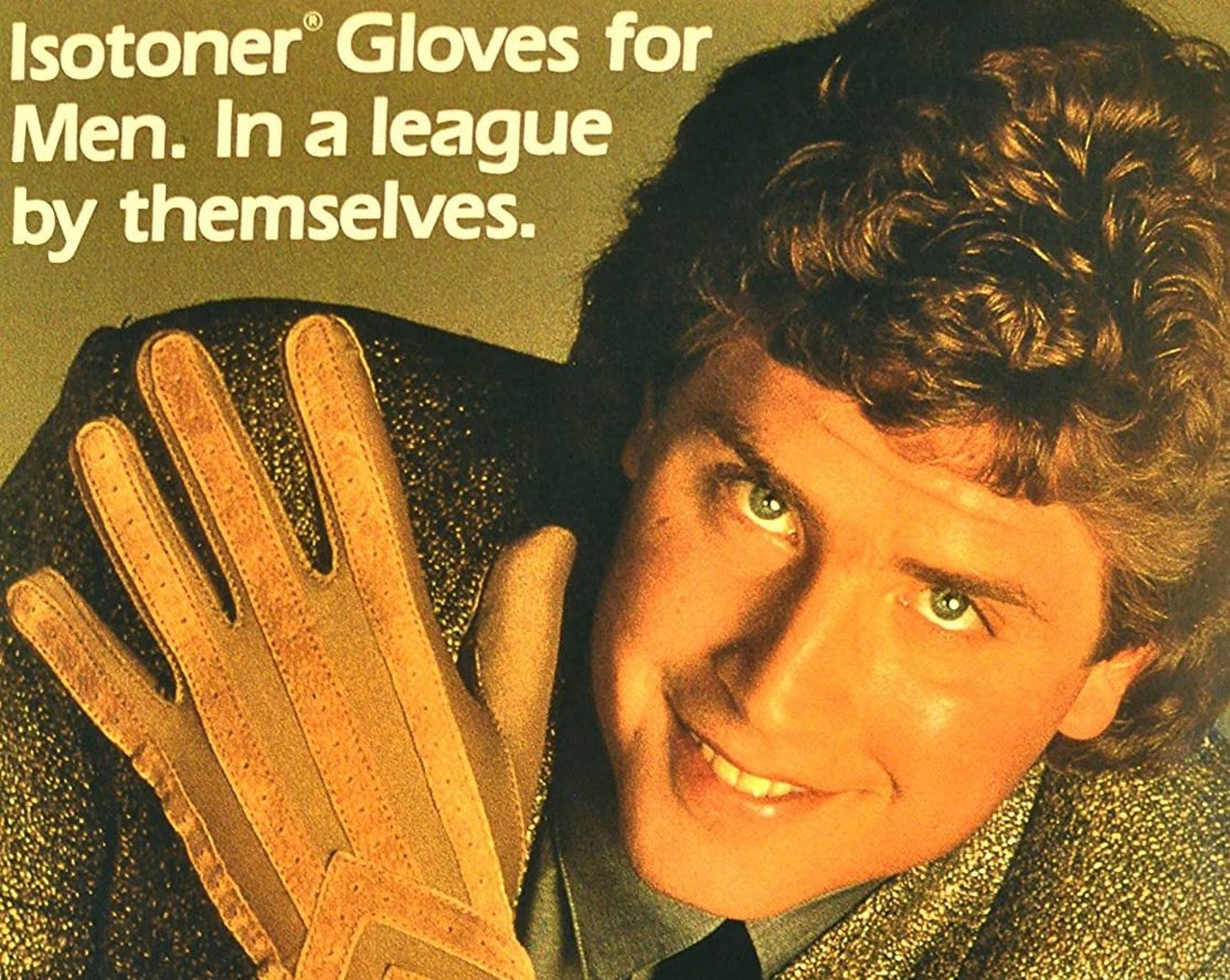 Click this caption to see Dan the Isotoner Man in his full-page glory. Original image via Twitter
Remember TV commercials? You know, the things we used to watch between the things we watched?

Of course you do. And if you watch Miami Dolphins games live, it's likely one of the only times during the week you're still experiencing them, if only as background noise as you check your phone.

There was once a time when commercials were a thing to look forward to because you just might get a glimpse of your favorite athlete starring in an ad. There were so many ads back then, you'd be forgiven if you have forgotten more than you remember.

To jog your memory, we've dug up five Miami Dolphins commercials you've likely forgotten, or perhaps never even seen. (Which is to say we didn't bother with Dan Marino's ubiquitous Isotoner ads.)

You heard that right: In 2007, legendary Hall of Fame Miami Dolphins head coach Don Shula did a Budweiser ad with Jigga himself. The two face off in a very meta game of virtual-style football, with Jay-Z needing to cheat to beat the NFL's winningest coach.

If not for the beauty of the internet, we might have forgotten that this majestic oddball pairing once took place. Luckily, some hero uploaded it to YouTube for us to cherish forever, and we're hella thankful for that.

O.J. McDuffie was once an automatic first down on the field, but he wasn't as clutch in a 2001 United Way ad in which a hard-nosed kid took his lunch money in an intense Pokémon trade.

Older Dolphins fans might remember this one — the United Way ads were iconic at the time — but younger Fins fans who know "Juice" as a member of the media covering the team might be laying eyes on this gem of a TV spot for the first time.

There are likely college kids running around in 2022 who saw this Dolphins tickets ad as kids, then turned to their parents who attempted to explain that the man who pulls up in the SUV is the greatest player in Dolphins history and the "Fake Spike" play deserves its own wing in the Hall of Fame.

Seeing Marino look so spry and handsome in this 2008 commercial makes us wonder why the Dolphins didn't just reach out and bring him back. As it turned out, that era couldn't have gone much worse.

The above video evidence is the only proof we've got that once upon a time an NFL coach got paid for shilling fertilizer, of all things. Then again, back in 1987, who else would you trust with your fertilizer needs than your favorite NFL team's head coach?

Something about Don Shula screams trust him. If he says buy it, you buy it. I wouldn't be surprised if people living in apartment buildings bought Hyponex entirely based on Shula's stare in this ad.

OK, so no one associated with the Miami Dolphins actually appears in this commercial. Still, it's legit filed under Dolphin-Related Ads You Probably Forgot Existed If You Ever Knew of Them in the First Place.

This ad made the rounds on Twitter, which was still a relatively new place full of so much promise and so many smiles. Now the commercial resides on YouTube for you to again post on Twitter, a much less happy place filled with Elon Musk and existential dread.
KEEP MIAMI NEW TIMES FREE... Since we started Miami New Times, it has been defined as the free, independent voice of Miami, and we'd like to keep it that way. With local media under siege, it's more important than ever for us to rally support behind funding our local journalism. You can help by participating in our "I Support" program, allowing us to keep offering readers access to our incisive coverage of local news, food and culture with no paywalls.
Make a one-time donation today for as little as $1.