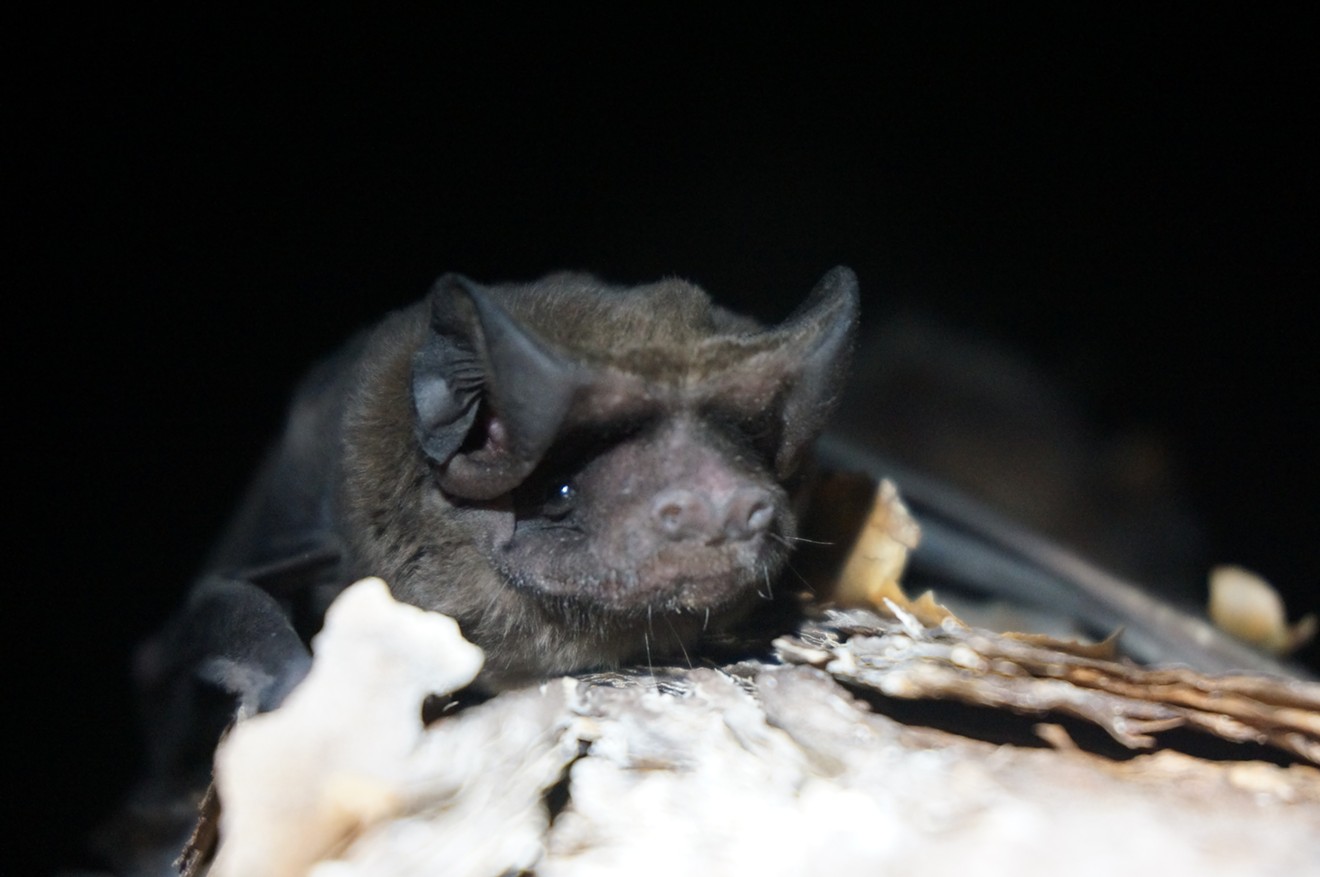 America's rarest bat: the Florida bonneted bat Photo by Micaela Jemison via Bat Conservation International
Scientists estimate that fewer than 3,000 Florida bonneted bats live in the wild today. Once much more abundant in South Florida, the furry flying mammals have been driven nearly to extinction by rampant urban development and habitat loss from increasingly frequent and powerful storms.

Though the species' outlook at times has been bleak, environmental advocates have reason to celebrate after a key victory for the critically endangered bats last week.

A group of plaintiffs from a range of conservation groups reached a legal settlement with the U.S. Fish and Wildlife Service (FWS) on October 7, requiring the federal agency to propose critical habitat boundaries for the bonneted bat by next month.

"The critical habitat will protect large swaths of Miami's imperiled pine rocklands. The bonneted bat needs these habitats protected right now to avoid the destruction of their homes," says Ragan Whitlock, staff attorney for the Center for Biological Diversity, one of the plaintiffs in the suit.

Critical habitat designations are meant to help protect natural areas essential to the conservation of endangered species. Federal agencies are prohibited from destroying or "adversely modifying" land within a critical habitat and must consult with FWS before signing off on any project that might do so.

Environmental groups have been eager to see habitat protections for the bats in the face of the Miami Wilds project — a proposed water park development near ZooMiami in a spot scientists say the bats search for food.

The center and other nonprofits sued FWS because of the agency's alleged failure to finalize a critical habitat for the bat within the timeframe required by the federal Endangered Species Act.

Though the agency issued a proposal for a critical bat habitat in 2020, environmentalists argued it was insufficient, and FWS went back to the drawing board. The plaintiffs alleged that under the Endangered Species Act, FWS should have issued a final habitat map by June of 2021 but did not do so, giving the nonprofits cause to sue in Miami federal court this past July.

Now, under the October 7 settlement, the agency must submit a habitat proposal by November 15, with the possibility of an extension to March 2023 if a federal oversight division requires further review.

Once that proposal is published and open for public commentary, FWS will have one year from the publication date to finalize the critical habitat designation. The plaintiffs can move for the court to enforce the settlement if the habitat is not finalized by then.

Whitlock says the plaintiffs are appreciative that the agency agreed to issue a proposal quickly. He hopes the habitat designation process goes off without a hitch because the bats need it.

Bat researcher Melquisedec Gamba-Rios of the nonprofit group Bat Conservation International tells New Times that the ZooMiami area, where developers are getting ready to build the waterpark, is one of the most valuable areas for the endangered bonneted bat. Out of 155 bonneted bats recorded sleeping in man-made roosts throughout Miami-Dade County, about 100 of them were in the ZooMiami property, he says.

Gamba-Rios tells New Times it's difficult to know exactly how many bonneted bats are in the wild, but scientists estimate there are between 1,000 and 3,000 left.

"There's no time to spare, and the effects of losing the Florida bonneted bat cannot be quantified," Whitlock tells New Times. "The bat needs as many protections as it can get. It needs them immediately."