Welcome Back! Five Reasons We Missed the Miami Dolphins So Much 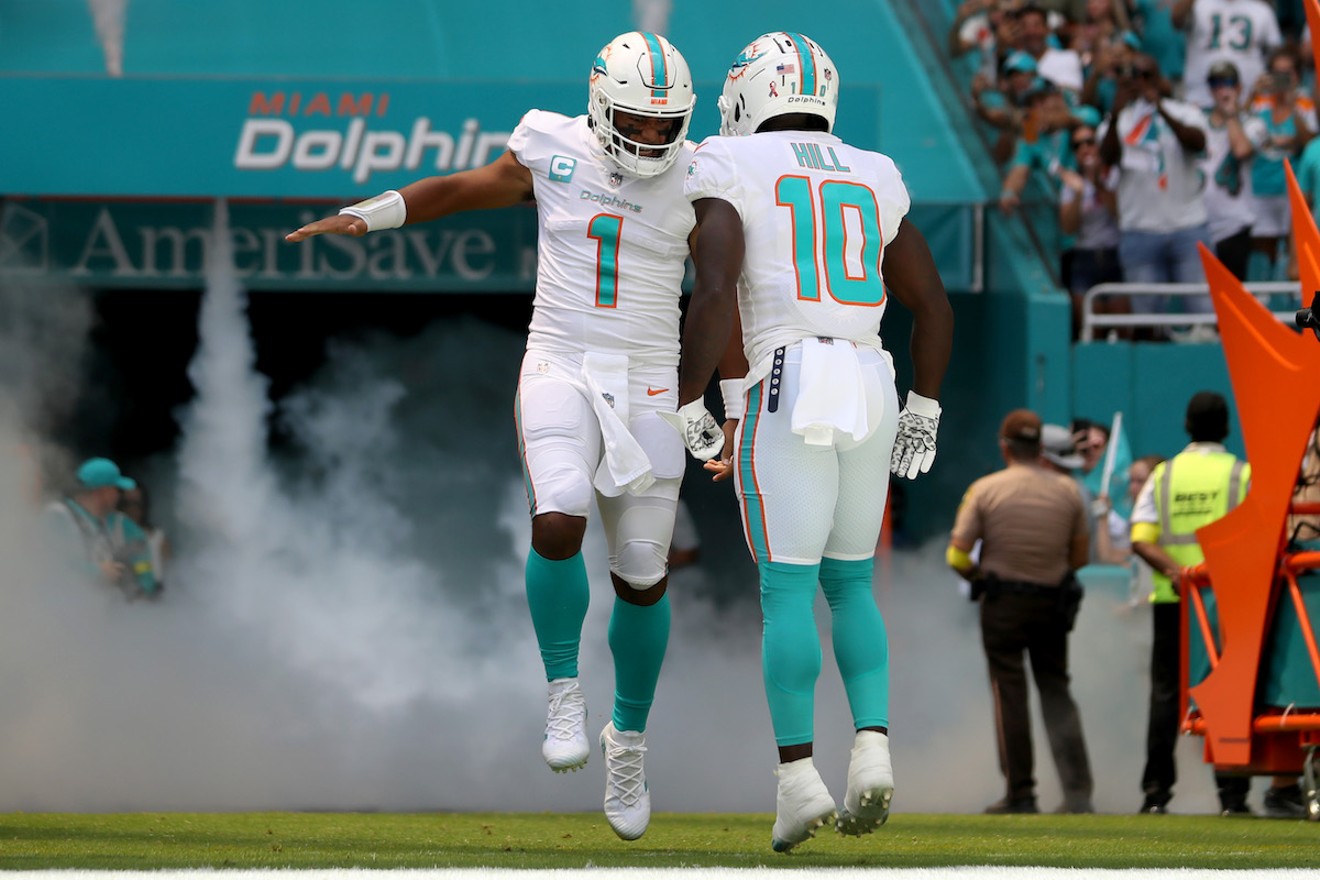 Welcome to Week 1 of the Tua and Tyreek show! Photo by Megan Briggs/Getty Images
The Miami Dolphins' 20-7 season-opening victory over the New England Patriots on September 11 was a sight for South Florida sports fans' sore eyes.

Having endured the Florida Panthers' abrupt exit from the NHL playoffs, a Miami Heat offseason filled with disappointments, and the Miami Marlins' annual monthslong summer diaper filling some refer to as baseball, the Dolphins' Week 1 win felt like a warm cleanse in a glittering Atlantic Ocean.

And the moral of the story is? There's simply nothing like a Sunday afternoon of Miami Dolphins football.

Oh, how we missed you, football. Let us count the ways.


The Stakes are Higher

Your average Marlins fan likely misses almost as many of the 162 games the team plays every year as they watch. Why? Because there will be another game tomorrow. Dolphins fans, on the other hand, wait eight months to get one game a week, making each tilt feel like an elimination game.

The biggest example of the absurdly high stakes — even in Week 1 of the NFL season — is the scrutiny surrounding poor Tua Tagovailoa, whose entire career seems to be on the line every damn week. From Tua all the way down to the Dolphins' long snapper, in the NFL you're always just one play away from being the talk of the sports world for the right, or wrong, reason.

No sport does drama quite like the NFL. Heat fans wait months to get a handful of games that come anywhere close to the drama that comes with a random Week 12 Dolphins game. Appointment sports is back, baby!

On the list of inventions that have made the world a better place, NFL fantasy football sits at, or near, the top.

OK — that last sentence is a complete lie, but on Sunday when you're setting your lineup, it certainly feels true.

Add the excitement of tracking your fantasy football league to the Dolphins drama and you have yourself a recipe for an unmatched sports-viewing experience. Sure, some play fantasy baseball and/or basketball, but fantasy football is king.


My boy was at Dolphins Pats game and I was told someone left a grill on by a vehicle Unfortunately here is the result pic.twitter.com/rBW3nR7bJg

Tailgating Is a Sport

The lead-up to an NFL game is in a league of its own. No other sport requires as many hours of pregaming as a Dolphins game does. From time to time, that means more action from the fans in a gravel parking lot than a Marlins game could ever deliver.

In Week 1, five cars caught fire and exploded in the Hard Rock Stadium parking lot during the game. You can pretty much bet on something extraordinarily weird to come out of an NFL tailgating experience at least once a year.

No professional sport does a better job of getting fans invested faster than the NFL. New Dolphins coach Mike McDaniel wouldn't have been recognized at a local Taco Bell six months ago, but now his postgame speech in the locker room after Sunday's win is a highlight of the year.

For a sport that requires head-to-toe armor complete with a helmet that covers faces, the NFL certainly has a way of making us care about the players, coaches, and organization.

There are two or three weeks following the conclusion of the NFL season when it's a relief to not have to be glued to a television set to watch a Dolphins game. It's as if someone added an extra day to your weekend. Then, reality sets back in and you realize having a Dolphins game to look forward to all week is actually part of what makes the boring parts go by faster.

Having the Hurricanes back on Saturdays and the Dolphins back on Sundays just feels right, and it's what makes this time of the year the best for Miami sports fans.
KEEP MIAMI NEW TIMES FREE... Since we started Miami New Times, it has been defined as the free, independent voice of Miami, and we'd like to keep it that way. With local media under siege, it's more important than ever for us to rally support behind funding our local journalism. You can help by participating in our "I Support" program, allowing us to keep offering readers access to our incisive coverage of local news, food and culture with no paywalls.
Make a one-time donation today for as little as $1.