Natti Natasha on the Growing Appeal of Reggaeton: "It's Like an Urban Pop" 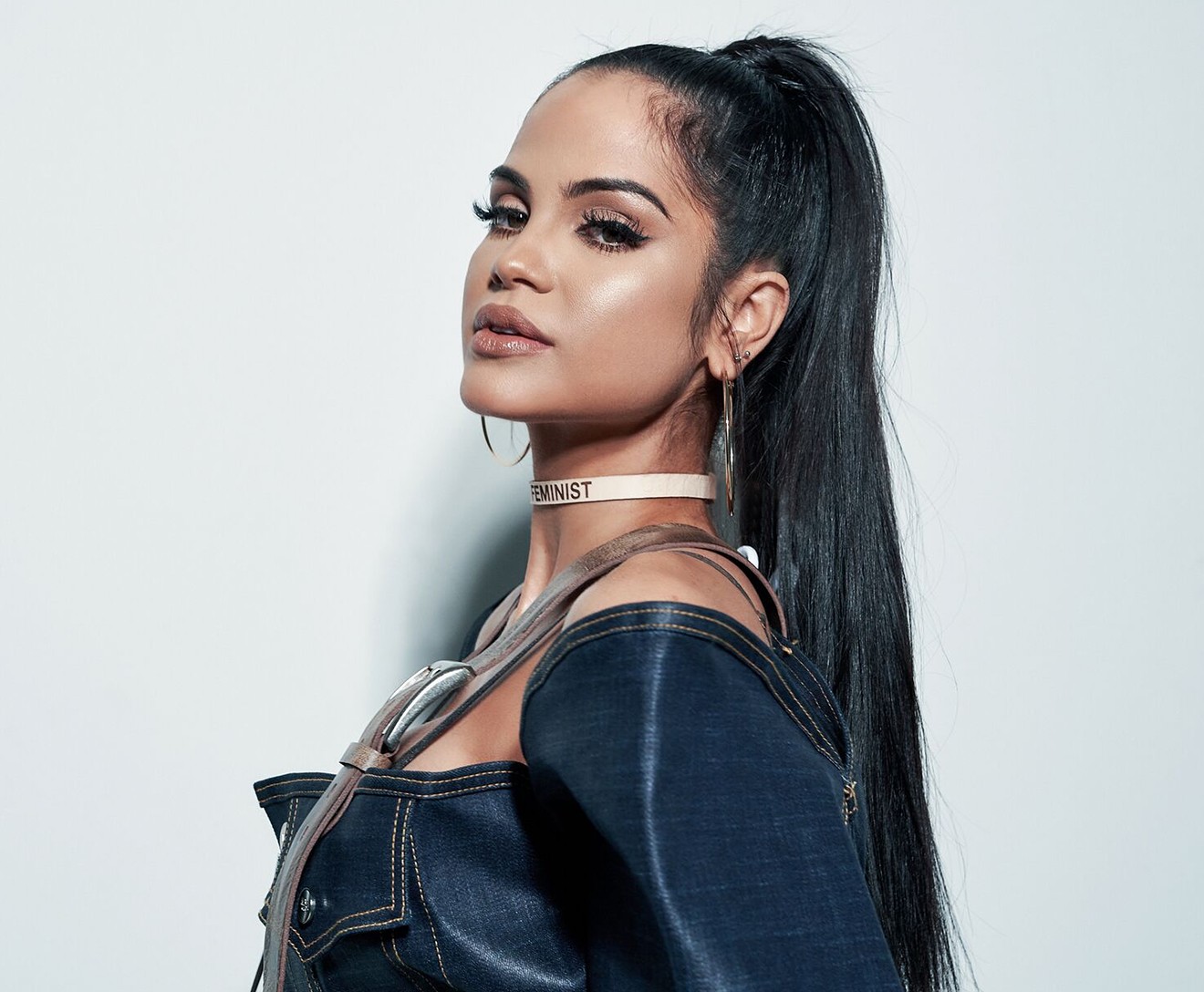 Natti Natasha Photo by Jodie Jones
It wasn't long ago that a singer like Natti Natasha, for all her versatile vocal talents, likely would've been relegated to being a "hook girl" — the type of artist whose only hope for featuring on a hit reggaeton record was singing sparse lines as accessories. Veteran Puerto Rican singer Glory's "¡Dame más gasolina!" on Daddy Yankee's 2004 track "Gasolina" is one such example.

For more than a decade, women have reeled in listeners through catchy hooks on some of reggaeton's biggest hits while remaining largely anonymous — often having models lip-synch their lines in music videos — as their male counterparts became known around the world. But as gatekeepers in various music genres, including indie rock and country, have reckoned with the lack of available opportunities for women over the past few years, a new crop of leading ladies has taken over America's reggaeton radio stations.

Brazilian singer Anitta's profile is rising in the States after collaborating with artists such as J Balvin. Cuban singer Señorita Dayana is becoming known for empowerment anthems in the vein of genre pioneer Ivy Queen. Flamenco-fusion artist Rosalia recently tried her hand at reggaeton on "Con Altura." And former bubblegum-pop singer Becky G sharpened her edge on tracks such as "Sin Pijama," her duet with Natti Natasha.

Natasha says she's encouraged but not yet satisfied with the growing number of women's voices in reggaeton and Latino urbano music.

"It's not a crazy number," she tells New Times. "I personally don't see the difference between a man and a woman, but now, if four years ago we had zero percent of women singing, well, at least now we have 0.05 or something like that. I feel like it's better to see the cup half full [rather] than half empty. But I feel like it's a work in progress."

There's a long way to go before the industry can claim gender parity or equity, but after years of unacceptable standards, the change came seemingly overnight for reggaeton in a way that has not happened on, for example, country radio. Natasha believes social media played a significant role in spreading Latino urbano music around the world and, consequently, in expanding the range of voices heard within the genre.

"I feel like, right now, Latin music is so big, thank God, and I feel like we worked on that so hard for so long. I feel like social media is a part of that — that our music is actually given the opportunity to show what it can do in the world, and we proved once again that music is a universal language... We can play with anything we want. Urban, right now, I feel like it's grown so much that it's like an urban pop."

The definition of "pop" has indeed changed as Latin music has taken over airwaves across the nation. Pop singers, from Justin Bieber to Selena Gomez to Katy Perry, have cashed in on the trend in recent years, and it's for a good reason: When it comes to global streaming numbers, Latino urbano music consistently outranks even pop behemoths such as Beyoncé and Taylor Swift.
The genre's mass appeal is at least partly owed to its many fusions and subgenres. Natti Natasha's debut studio album, Iluminatti, released this past Valentine's Day, is a worthy primer for anyone who wants to understand how the genre got so big so fast. On it, Natasha toys with reggaeton bops, Latin trap, and reggae-tinged songs such as her recent single "No Voy a Llorar."

She says the resulting expansive sound of the album was not intentional. Instead, it was the result of treating each track as a potential single after a few years of recording features on tracks such as "Criminal," her breakout duet with Ozuna.

She says the ability for artists to fuse modern and traditional Latin genres is another recent change borne out of a long period of doubt.

"I know a lot of people at a point didn't think it was going to happen," she says of the Latin music explosion.

"I'm very proud of the music that we're making — that a girl could, you know, that I could do urban and I could swim through a lot of other genres. That's what makes us the happy community that we are and the cultural community that we are... You could be the Latina you are, I could be the Dominican that I am... and express the things that I want to express and really, really have fun with it. I feel like we can actually have fun with it now."

Natti Natasha. With Dalex. 7 p.m. Wednesday, June 19, at Ice Palace Studios, 1400 N. Miami Ave., Miami. Admission is free via pandoraliveelpulso.splashthat.com.
KEEP MIAMI NEW TIMES FREE... Since we started Miami New Times, it has been defined as the free, independent voice of Miami, and we'd like to keep it that way. With local media under siege, it's more important than ever for us to rally support behind funding our local journalism. You can help by participating in our "I Support" program, allowing us to keep offering readers access to our incisive coverage of local news, food and culture with no paywalls.
Make a one-time donation today for as little as $1.