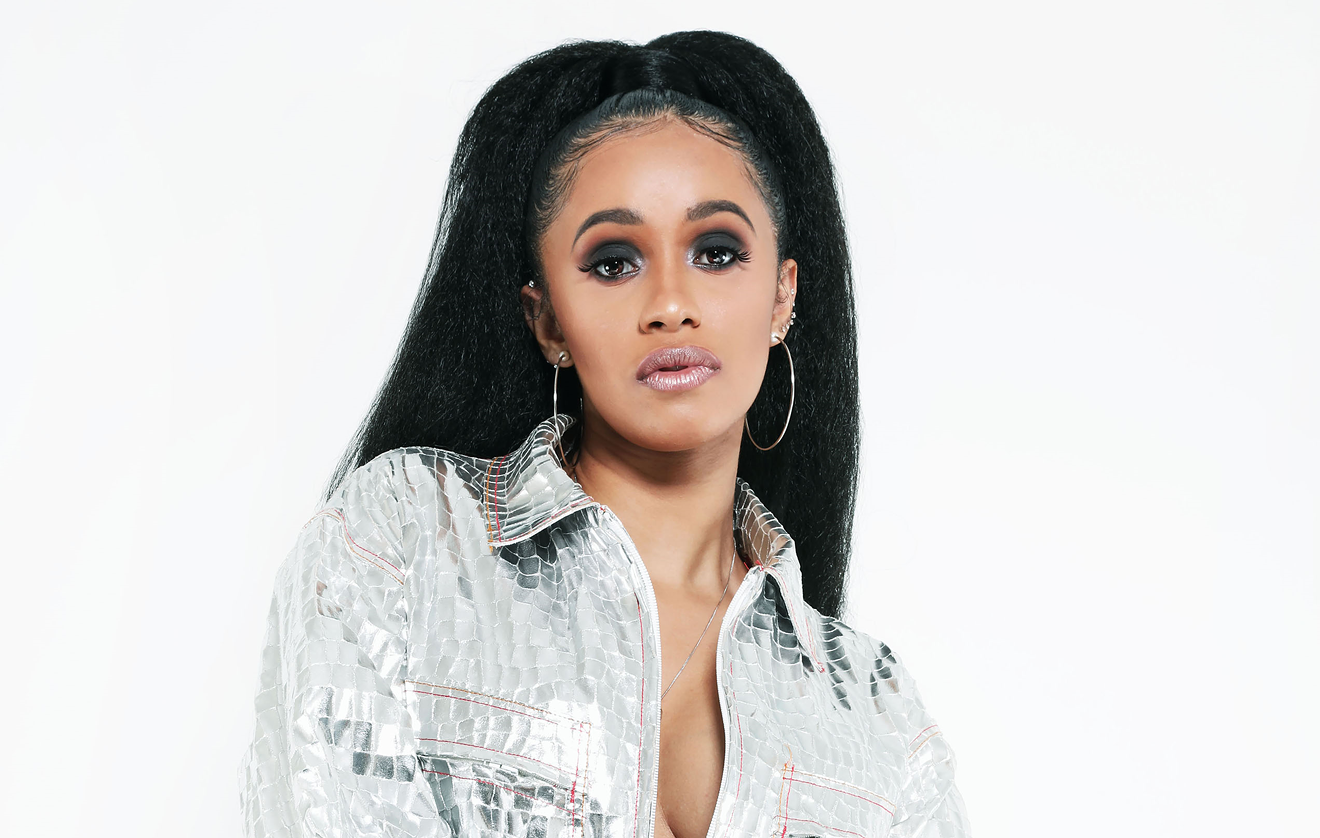 Cardi B wlll headline Rolling Loud 2018. Photo by Raven Varona / Atlantic Records
Last year’s Rolling Loud music festival didn't include enough female artists, and it pissed people off. In 2017, downtown's Bayfront Park hosted the most hyped beast festival Miami has had to date. It included hip-hop staples Future, Migos, Post Malone, Kendrick Lamar, Travis Scott, Lil Wayne, and others but failed to acknowledge the women in hip-hop who have made strides in the male-dominated industry.

Of the 54 artists booked last year, only three were women: Teenear, Polly A, and Dreezy. The year before? Two: Leaf and Rene Brown. These artists weren’t given the best time slots, which made it difficult for them to gain new fans or even perform in front of old ones. Teenear performed at 1 p.m. Sunday, the last day of the festival, while many of her fans were still at church.  Why doesn’t Rolling Loud support women? "The Rolling Loud audience is primarily male," cofounder Tariq Cherif said in an interview last year. "Honestly, it’s not that we don’t want to put women on the stage; it’s mostly what people want to see."

But after some fan complaints, Cherif promised to create a more diverse lineup for the 2018 edition, making it fair game for women. He delivered.

Bronx native Cardi B takes the lead among women as a headliner. She became the main attraction at Trap Circus in late 2017, which proved she had a Miami fan base. She also dominated the charts with lead singles "Bodak Yellow," "Bartier Cardi," and "MotorSport." Joining her onstage will be Dreezy (who performed last year), Miami’s own Trina (who is still a bad bitch), Princess Nokia, Molly Brazy, Cuban Doll, Bri Steves, Cupcakke, Saweetie, Kodie Shane, Instagram star Wolftyla, and Bali Baby.

Wolftyla
Photo by Jordan Krate
"There are a lot of strong female voices in hip-hop right now," Cherif says, "and we felt it was important to include them in the lineup because they belong."

When you curate a festival based on social media, Billboard charts, and trends, it would absurd not to include some of the leading ladies in the game, especially when they are requested by the Rolling Loud fan base. The Cash Me Ousside Girl — AKA Danielle Bregoli, who raps under the stage name Bhad Bhabie — was one female rapper the fest's fans requested, and though New Times begged the organizers to tap into their inner feminists, we were glad she didn't make the cut.

The Rolling Loud team's efforts to include more women in the lineup makes attending the festival worthwhile despite the $299 general-admission ticket price (an increase of nearly $100 from last year). At least attendees will get a whole lot more bang for their buck in terms of diversity. "The women performing on Rolling Loud are just as diverse as the rest of the Rolling Loud lineup," Cherif says. "We have mainstream stars, legacy acts, newcomers with online or street buzz, major label acts and critically acclaimed indie darlings."