Cash Me Ousside, Shaking My Head at Rolling Loud for Making Awful Decisions 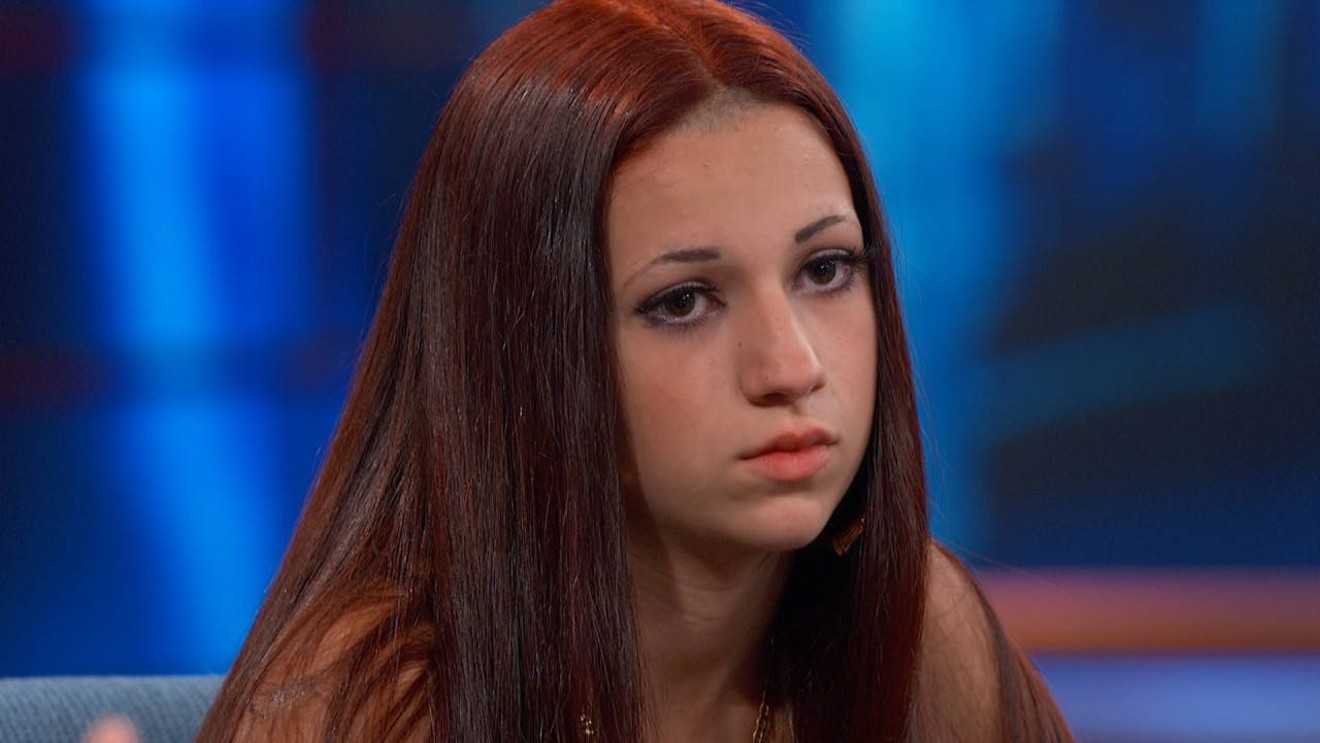 In its first year, everything went wrong at the Rolling Loud festival — driving rain, a flooded venue, a smoke alarm that rang throughout the entire festival, all sorts of sound issues, and the unfortunate placement of a barbecue smoker that caused everyone inside to smell like brisket. During the hip-hop festival's second year, we learned it had been charging young rappers anywhere from $500 to $5,000 for what ended up being a disappointing 15 minutes of stage time for some. Then, this past February 25, TMZ published a story claiming Danielle Bregoli — or the “Cash Me Ousside" girl, as she’s known in the world of internet memes — was being paid more than $40,000 to do a meet-and-greet at the fest in May.

It should be noted that TMZ is the only outlet thus far claiming to have verified this information with both Rolling Loud organizers and Bregoli’s team. New Times sent multiple emails to both camps to confirm the story, but we have not yet received a response.

If it's not fake news, this is sad for a cluster of reasons. For now, let’s skip the most obvious — the mental health and well-being of a 13-year-old (yes, 13) girl being wrung dry in the callous vise of internet pop culture. Instead, we must ask Rolling Loud the first and most obvious question that comes to mind: Why?

Why book Bregoli? It seems so petty. So unnecessary. The festival didn’t need this by any stretch of the imagination. It was doing fine on its own, having somehow, in only its third year, accumulated what’s arguably the best hip-hop lineup in recent memory. Anywhere.

The names on the Rolling Loud flyer read like a hip-hop head’s Christmas wish list: Kendrick Lamar, Future, Young Thug, Travis Scott, Lil Wayne, Migos, 21 Savage, and Run the Jewels. And that’s not even one-third of all the talent that will take over Bayfront Park May 5 through 7.

In 2015, Rolling Loud cofounder Tariq Cherif told New Times he wanted to create a hip-hop version of Ultra, a festival that would put South Florida’s remarkably underrated rap scene in the national spotlight. This latest move is not one of a music festival demanding to be taken seriously, but of a morally bankrupt daytime TV show grasping for ratings. It reeks of desperation and does a disservice to the rest of the talent who must now take the stage alongside such a shameless publicity stunt.
Without much effort on her part, Bregoli, a resident of Boynton Beach, has burrowed into hip-hop culture in the past couple of months. It all began in September 2016, when she first uttered her meme-worthy phrase on a now-infamous episode of Dr. Phil, a TV talk show where alleged psychologist Phil McGraw parades deeply troubled and sometimes mentally ill people onto his set to make himself look like some sort of 45-minute miracle worker. Before bringing her onstage, the show ran footage of Bregoli and her mother cursing at each other. With a smirk, she talked to an off-camera producer about fighting her mom and running away from home. The internet wasted little time remixing and meme-ifying Bregoli’s threat — to “cash her ousside” — that she issued to the Dr. Phil audience, who cackled while McGraw asked condescending and altogether unhelpful questions.

Her meme was only bolstered when video surfaced of Bregoli and her mother getting into a fight with a fellow passenger on a Spirit Airlines flight. Soon Kodak Black — another name on the Rolling Loud roster, who was recently sent to Broward County Jail for violating conditions of a sexual assault charge — cast Bregoli to star in his video for "Everything 1K.” She lip-synced while seated atop a white Rolls-Royce. Then TMZ began dispatching its parasitic reporters to ambush Bregoli outside airports, where they egged her on as she took shots at the Kardashians and whoever else happened to be on her mind that day. This seems like a good time to remind you that she's only 13. It's an incredibly vulnerable age. Her frontal cortex — the part of the brain that controls emotional impulse, problem solving, and judgment — is still forming. One doesn’t need a deck of tarot cards to know this story is careening toward tragedy.

Call it a case of a savvy millennial taking advantage of her 15 minutes of fame if you want. But it looks more like a careless media circus capitalizing on the digital momentum of a helpless young woman and giving not the tiniest thought to the long-term consequences of its actions.

Some have resisted the urge. The Breakfast Club’s Charlamagne Tha God and Hot 97’s Ebro Darden both recently posted screenshots on Instagram of themselves rejecting Bregoli’s publicist. But many powerful entities continue to feed the hype beast gnawing on the limbs of a girl not even old enough to have her learner's permit. Why Rolling Loud decided to become one of them, right when it was on the cusp of being taken seriously, is unclear.