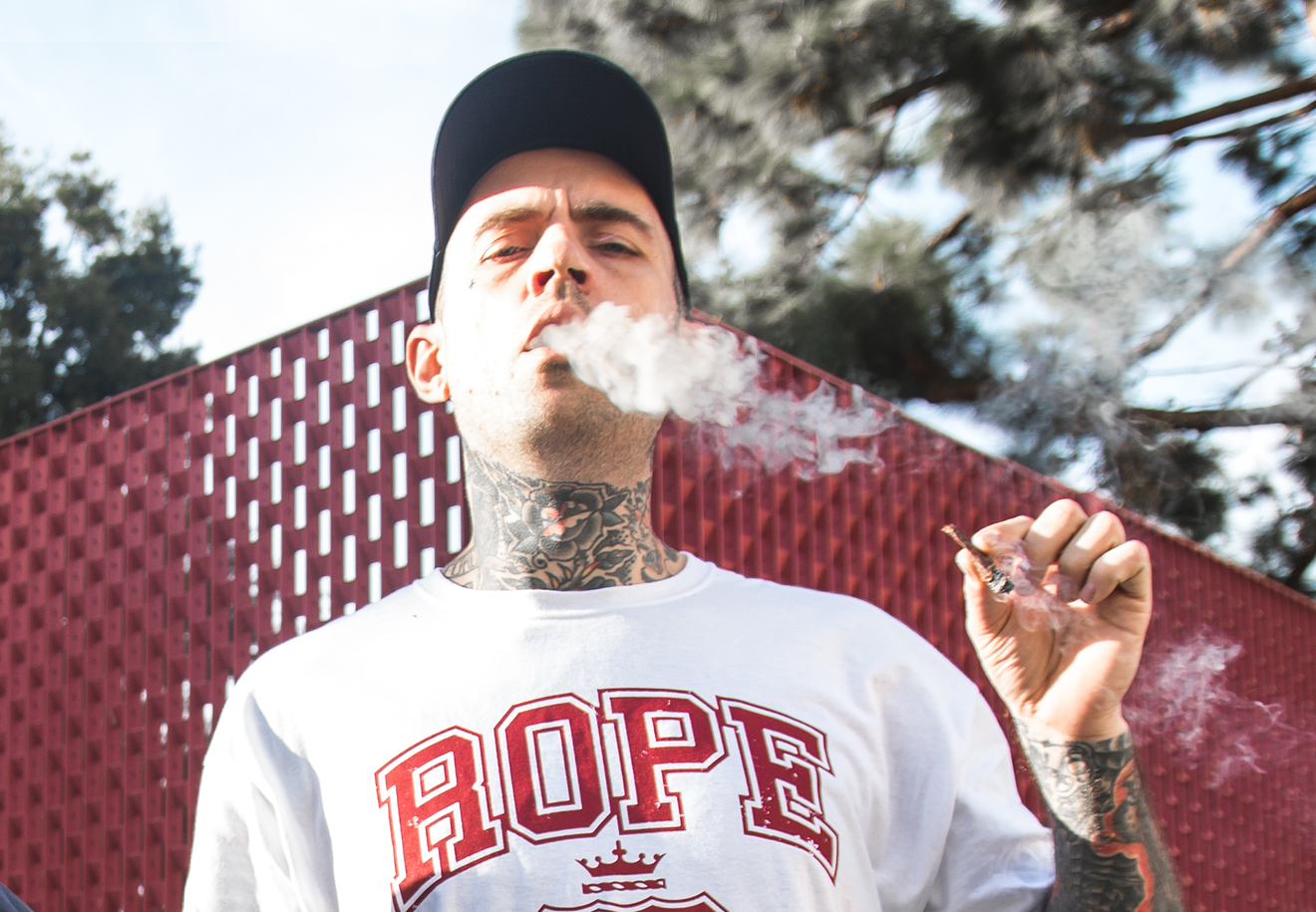 As host of No Jumper, Adam22 has become an essential tastemaker in the world of underground rap. Eddy Perez
When the organizers of the upcoming Trap Circus were planning their festival, they decided they wanted someone extra-special to host it. They needed one of the biggest supporters of a local scene that has taken the nation by storm. So they called Adam22.

“I’m always up for doing anything in Miami because it’s probably one of the most influential parts of America for hip-hop right now,” he says. “People don’t give South Florida credit for all the top rappers right now — Kodak Black, Lil Pump, Smokepurpp, Ski Mask the Slump God, and that’s not even mentioning [those] on more of an underground level, like Pouya, or the $uicideboy$ are kind of rooted down there in a lot of ways; Ghostemane is from there. So there’s a ton of crazy talent coming from Florida. Miami or Broward isn't assigned a narrative in the same way that Chicago and Chief Keef are always mentioned in the same sentence.”

Since launching his podcast No Jumper, New Hampshire native Adam Grandmaison has become an unlikely tastemaker in the wild world of underground rap. He started the show to talk about BMX, fashion, and other elements of street culture in his adopted home of Los Angeles. But as he grew more active in the rap scene, going to shows and meeting people involved, he realized he had to shift the focus.

“It blew up so dirty that I sort of had to adapt with doing more of a hip-hop style.”

Today the self-proclaimed “Coolest Podcast in the World” has more than 940,000 subscribers on YouTube, the podcast's platform of choice, where fans, mostly teenagers, watch freeform, conversational interviews with journalists, Twitter personalities, and rappers on the cusp of fame. Grandmaison, who gets suggestions on who to feature from commenters on the videos, has a uniquely keen ability to identify talent, which he attributes mostly to keeping his ear to the ground.

“A lot of people will be surprised when I know about a rapper who has, y’know, 3,000 followers, but by the time a rapper has 3,000 followers, I’ll be hearing his name over and over and over thanks to my fans, so I’m always kind of early to that kind of stuff just because I’ve always been that person to my friends. I was always the guy who would just know about new rappers that everybody should listen to, and it was kind of funny how years later I’m that person, but to thousands of people on the internet.”

Still, thanks to this perceptiveness, a No Jumper interview can be a career-launching move for a rapper. For instance, Grandmaison interviewed Lil Yachty just two months before the release of the Atlanta rapper’s hit mixtape, Lil Boat. He was the first to speak with XXXTentacion, before the now-infamous Lauderhill native's career stalled thanks to a smattering of charges for violent crimes.

“I know he only had like 15,000 followers at the time,” Grandmaison says, “but I heard the music and I just knew he was doing something interesting.”

At Trap Circus, he’ll not only serve as MC but also wander around with a camera crew to document the proceedings for the channel. He says he’s excited to see not just headliners Kodak Black and Cardi B but also Memphis native Chris Travis, a onetime affiliate of influential Miami rapper and producer SpaceGhostPurpp. It’s unclear whether any of the other rappers on the bill will end up on No Jumper, but as long as you’re at Trap Circus this Wednesday and you run into Adam22’s camera, you just might.