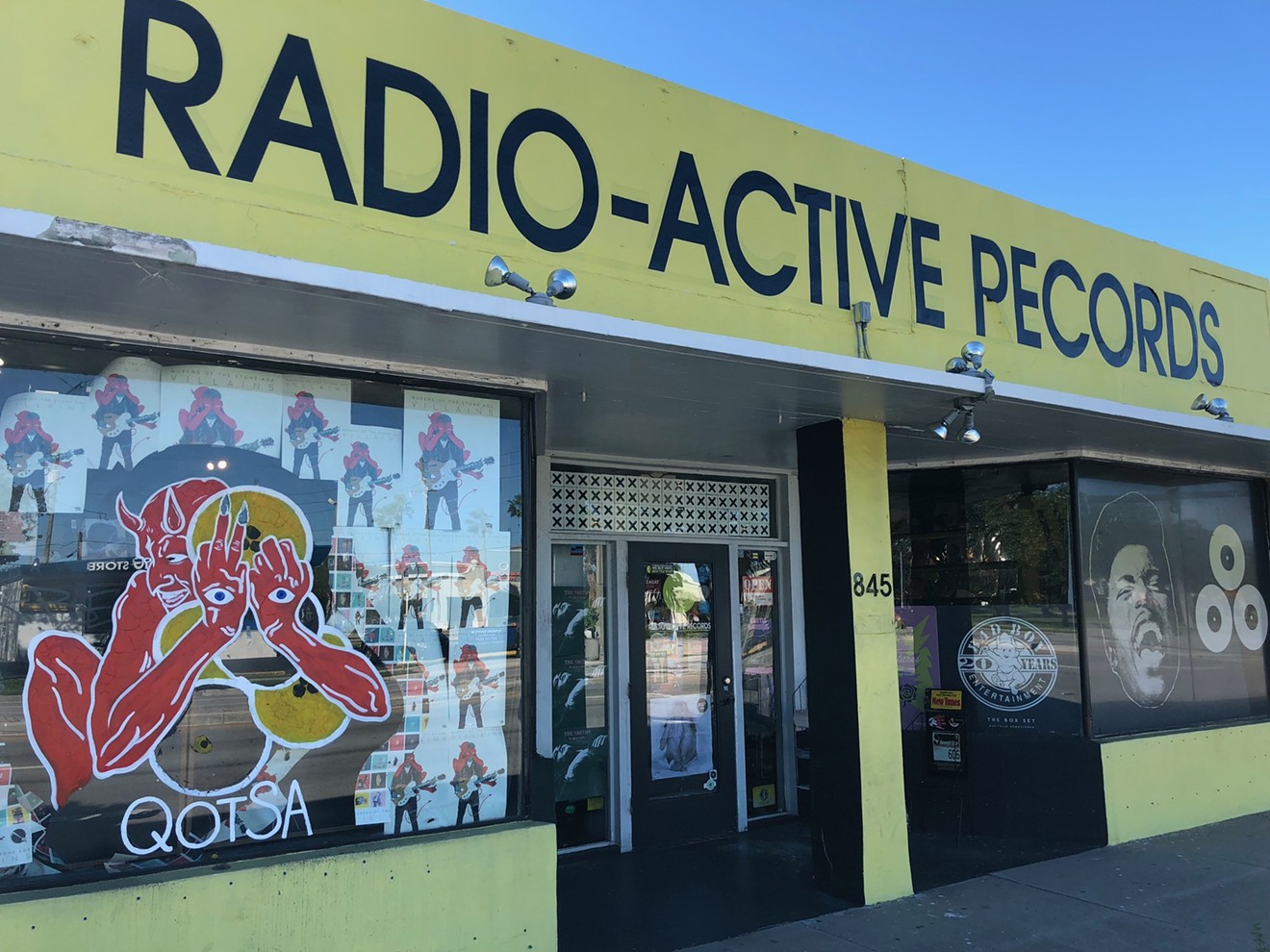 Image courtesy of Radio-Active Records
Early last month, U.S. Attorney General Jeff Sessions made it a federal offense for immigrants to cross the American border where there are no checkpoints. That order gives the United States government the authority to remove children from their parents — the accused criminals — and keep them detained in separate facilities.

Just to be clear, this has nothing to do with the nearly 1,500 “missing” children reported this past weekend by a number of news outlets. In those instances, the U.S. government is simply unable to contact immigrant children because of wrong phone numbers or because their families fear the possibility of deportation.

There are, however, many displaced children resulting not only from recent immigration policies but also from previous ones.

In 2012, Glennon Doyle, author of Love Warrior, started Together Rising, a nonprofit that raises funds for those in need, particularly children and families. After investigating the current immigration crisis, Doyle found 60 of the youngest children who were torn from their parents. Right now, those children are in limbo. Doyle and Together Rising are taking it upon themselves to hire lawyers who will represent these children, whose ages range from 10 months to 10 years, in an attempt to reunite them with their families.

Over the past couple of days, volunteers, including Nat Smallish, co-owner of WaxRomantix Records and manager at Radio-Active Records, have been calling detention centers, mobilizing people on social media, and gathering donations online to further the cause. After partnering with the Florence Project, a pro bono legal service in Arizona; and the Young Center for Immigrant Children’s Rights, “champions” for unaccompanied immigrant children, Smallish is now asking for South Florida’s help.

This Sunday, the Emergency Love Flash Mob for the Children Fundraiser Event aims to add to the monies already raised by Together Rising. Created by Smallish, the noon-to-5 p.m. event is a free minifestival featuring several local bands, including Matchstick Johnny, the Brand, Lori Garrote, and AnastasiaMax, as well as music all day by DJs Disco Matt and Robert Wilson Brantley III.

For early attendees, Radio-Active is providing a free brunch of champagne and pizza (while it lasts). For those who want to give back out of the goodness of their hearts or as a thank-you for such a cool event, they can purchase raffle tickets for $4 each or $20 for seven. Prizes were all donated by local businesses, including a WaxRomantix Records swag bag, concert tickets from Revolution Live and the Fillmore Miami Beach, $50 gift cards courtesy of Rust & Wax and Sweat Records, and number of other great prizes such as free haircuts, art pieces, and even a free ukulele.

And to those hoping to attend some kind of radical, fight-the-man political rally: Cool it. As far as Smallish is concerned, this event is a purely humanitarian effort.

“I am not doing this in a political sense,” she says. “I don’t care to stand on a street corner and protest. That’s not my place in all of this. My place in this is to help where I can. Now.”

Smallish laments that “politics taints everything” and wants everyone to fully understand that division and hatred have no place at the event and will not get in the way of what she and many others are attempting to accomplish. “Just the fact that we know there are 60 children sitting in a detention center in Arizona... We know they are there. We just don’t know where their families are. For me, it’s all heart, less political.

“It’s distracting," she continues. “Obviously, it’s messed up and weird that this is even allowed, but that’s something I can’t change right now."

For anyone who wants to help but can’t make it to the event Sunday, togetherrising.org is accepting donations online. Recently, in just a nine-hour period, Together Rising raised more than $1 million. That fund will not only work toward reuniting these 60 children with their families, but also remain the pool to dip into for any similar cases in the future.

Emergency Love Flash Mob for the Children Fundraiser Event. Featuring Matchstick Johnny, the Brand, Lori Garrote, and AnastasiaMax. Noon to 5 p.m. Sunday, June 3, at Radio-Active Records, 845 N. Federal Hwy., Fort Lauderdale; 954-762-9488; radio-active-records.tumblr.com. Admission is free, and food is first come, first served.
KEEP MIAMI NEW TIMES FREE... Since we started Miami New Times, it has been defined as the free, independent voice of Miami, and we'd like to keep it that way. With local media under siege, it's more important than ever for us to rally support behind funding our local journalism. You can help by participating in our "I Support" program, allowing us to keep offering readers access to our incisive coverage of local news, food and culture with no paywalls.
Make a one-time donation today for as little as $1.