Afrobeta Gets Infected With Dance Fever in "Dancing Deja Vu" 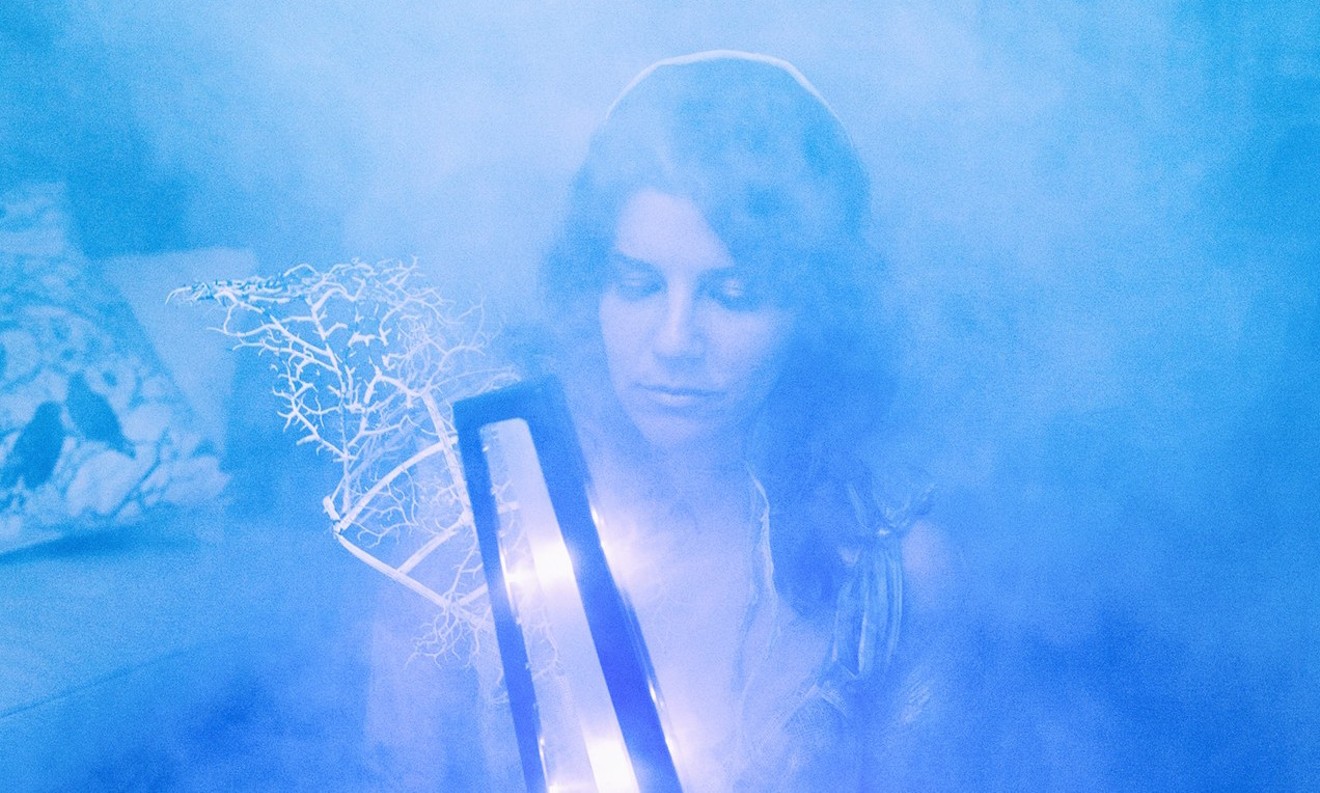 Afrobeta's Cuci Amador. Cristina Isabel Rivera
For 13 years, dance music duo Afrobeta has been unfurling its delightful tentacles from its Miami home into the world, delivering a titillating, tropical sound to all corners of the planet. Members Christina "Cuci" Amador and Tony Smurphio have performed their superfun and catchy music at Glastonbury, Space Ibiza, Burning Man, and Ultra Music Festival editions in Miami, South Korea, and Brazil. Everywhere they go, those tentacles grab new fans and incite them to feel the duo's groove.

The two have been staying closer to home lately, though, while working on new music and a film about their trip to the homeland, Cuba, called Birthright?! They're also premiering a new mind-bending music video — "Dancing Deja Vu" — right here in New Times.

The video tells the story of a woman possessed by the demon of dance. Amador is simply walking down the street, minding her own business, when she meets a version of herself. Suddenly, she just wants to shake it. Her face becomes bulbous with pearls and other glittering baubles.

"I suggested the makeup idea to support the story of the inner change in the character starting to infect her face," explains Amador, who brought the gems herself to the set.

The video was created by Lacuna Pictures and director Claudia Sanchez, who came up with the idea for the video.

Afrobeta has several projects in the works: the production of Birthright?!, the film's score, an upcoming release titled Illusion Motel, and a performance at the Oregon Country Fair. Until the next adventure, let "Dancing Deja Vu" infect you with one thing that doesn't require a vaccination: boogie fever.
KEEP MIAMI NEW TIMES FREE... Since we started Miami New Times, it has been defined as the free, independent voice of Miami, and we'd like to keep it that way. With local media under siege, it's more important than ever for us to rally support behind funding our local journalism. You can help by participating in our "I Support" program, allowing us to keep offering readers access to our incisive coverage of local news, food and culture with no paywalls.
Make a one-time donation today for as little as $1.