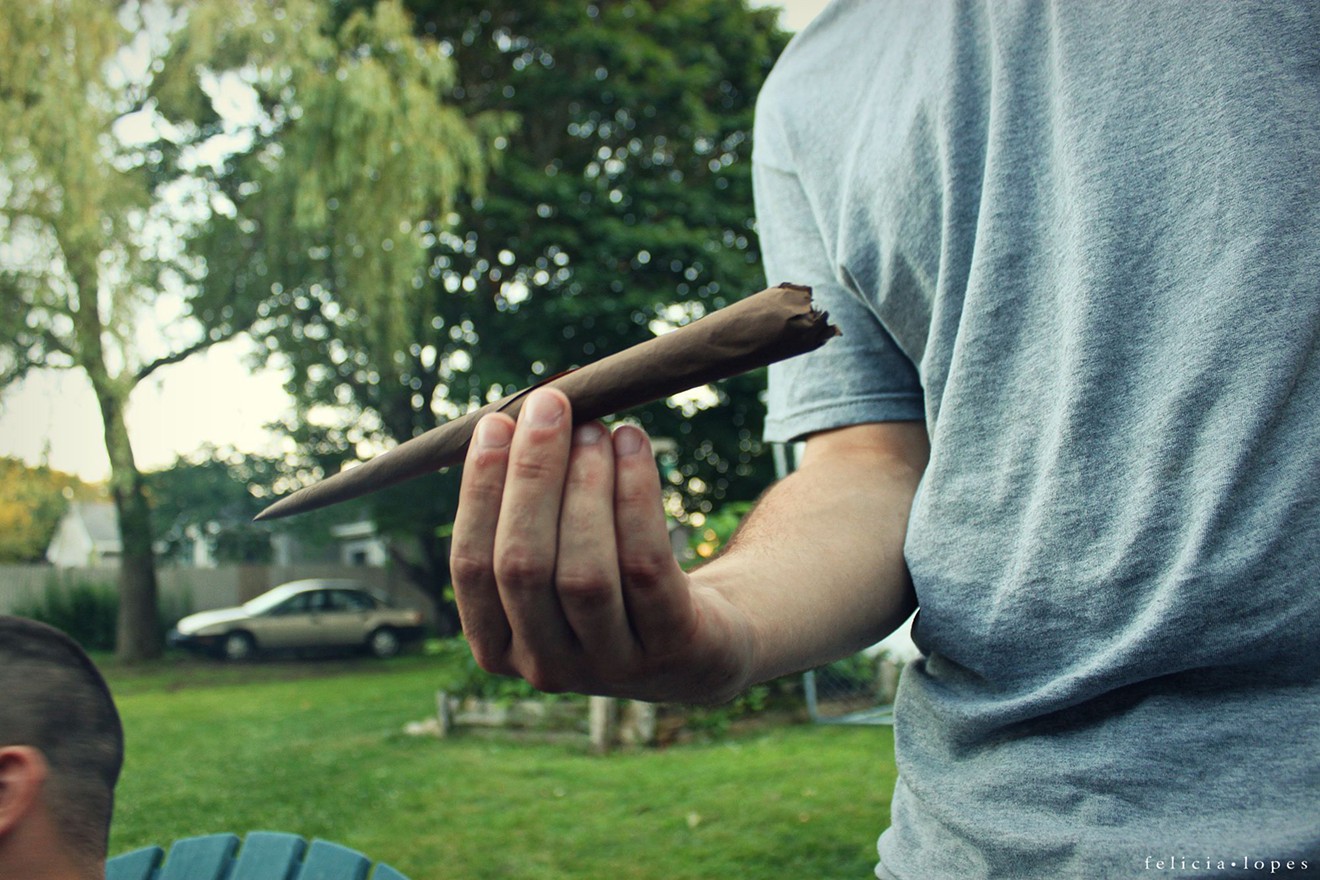 Miami Beach Mayor Dan Gelber says public consumption of marijuana will be treated similarly to an open-container violation. Photo by flopes photos / Flickr
For the past three and a half months, marijuana has essentially been decriminalized in Miami. After Florida legalized hemp July 1, the Miami-Dade State Attorney's Office announced it would no longer prosecute most minor marijuana charges because the substance is virtually indistinguishable from hemp.

Nevertheless, the City of Miami Beach has passed a municipal ordinance to discourage people from smoking weed in public. At a meeting last week, city commissioners unanimously voted to outlaw public smoking of marijuana and hemp.

"We are a very progressive community. Medical marijuana passed here overwhelmingly," Mayor Dan Gelber said. "On the other hand, I know our residents expect a certain level of conduct."


2/2: enforcement partners, to include @KathyFndzRundle and ensure we are able to overcome this hurdle and maintain our commitment to keep our residents and visitors safe. https://t.co/0AxOF5mwRm

The ACLU of Florida had opposed the new restrictions, saying the law could disproportionately impact young people and people of color. The organization argued that making the violation a criminal one was unnecessarily harsh since the city could deter people from smoking in public just as easily with a civil citation program.

"It's not about freedom to smoke pot in public. It is that the city is making it a crime rather than a civil penalty and fine," ACLU board member Jeff Hearne said in a statement to New Times. "We know it will be enforced disproportionally against young people of color. They will now have criminal records for something that should be akin to a parking ticket."

Nevertheless, Miami Beach moved forward with its ban. Under the city's new law, anyone observed smoking cannabis, hemp, or marijuana on a public right-of-way is subject to a fine of up to $500 and up to 60 days in county jail. Gelber told commissioners last week that police would treat marijuana consumption similarly to an open-container violation. Police Chief Rick Clements said Miami Beach officers "are very good, if you will, at using discretion."

"Really during the high-impact weekends — for example, during spring break and during Memorial Day weekend — our officers are very good at actually being able to go to people and have them pour out the open container without there being any additional incidents," Clements said at the commission meeting. He then introduced Capt. Daniel Morgalo, who told commissioners public consumption of marijuana has been "extremely pervasive" in the entertainment district — and then related an odd anecdote to illustrate the need for the new law.

"During Columbus Day weekend, we had an individual that chose to stand on top of a police vehicle while openly consuming marijuana," Morgalo stated. "So had that individual not been doing that — had he not been standing on top of the police vehicle and breaking other laws — we would not have a mechanism in place at this point to deal with this specific type of behavior."

So there you have it: To prevent people from smoking weed while perched atop cop cars — the latter being an activity that is and pretty much always has been against the law — Miami Beach has now criminalized any public cannabis smoking.

This story has been updated to include comments from the ACLU.
KEEP MIAMI NEW TIMES FREE... Since we started Miami New Times, it has been defined as the free, independent voice of Miami, and we'd like to keep it that way. With local media under siege, it's more important than ever for us to rally support behind funding our local journalism. You can help by participating in our "I Support" program, allowing us to keep offering readers access to our incisive coverage of local news, food and culture with no paywalls.
Make a one-time donation today for as little as $1.