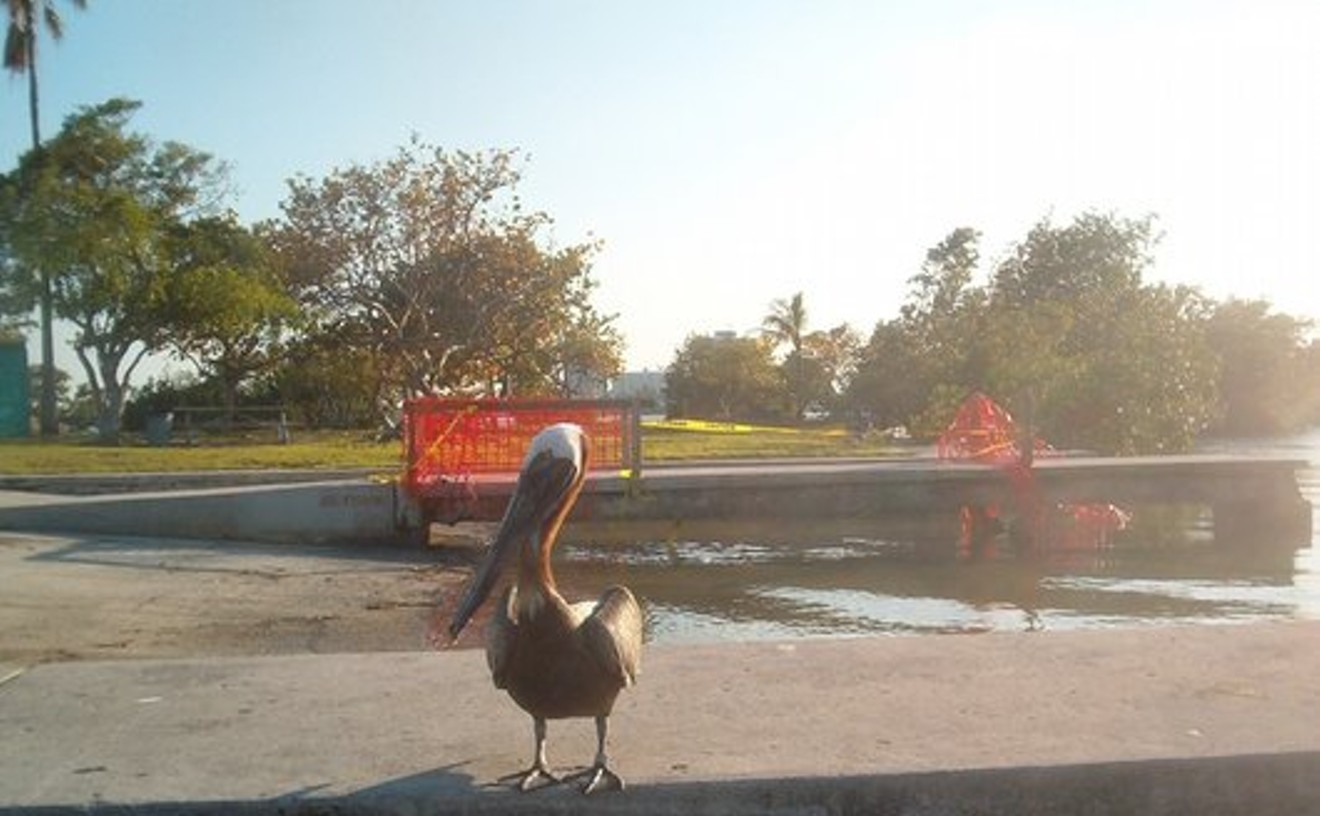 As charming as they are, too many "nature" trips are pretentiously involved in removing you from the city and placing you in counterfeit communion with what passes for untouched land. Why bother with phony baloney when Miami has a gorgeous urban and wild landscape you can appreciate fully from the inside of a kayak? Launch yourself from Pelican Harbor Park into an emerald green wonderland populated with dolphins, manatees, and even the occasional alligator. Glide over fields of sea grass or stop at one of several postage-stamp-size islands as you paddle south toward the Julia Tuttle Causeway. Do observe signs that tell you to keep out of the bird rookeries, though, but draw close enough to enjoy the fowl cacophony. At the last island before the causeway, turn west toward Morningside Park. Either call it a day here (if you use a second vehicle), or do the return trip up the shoreline. At the mouth of the Little River, a quick detour around Belle Meade Island will let you peek at a few squawking human roosts as well. Then it's back over to Pelican Harbor and your own nest.

Best Place to Learn to Kill Someone with One Punch

Deep within the dynasty of North Miami, Si Fu Gus Rubio imparts the ancient arts of Shaolin and Cheung Kune Pai Kung Fu. He knows the animal forms — monkey, dragon, crane, etc. — like the back of his iron palm.

Laden with stoic statuary, ancient weapons, and students of all ages breaking things with their fists, Rubio's studio looks like something out of a final scene of a Bruce Lee movie. (Yes, it's named for one.)

The whole one-punch-kill thing is not easily learned. Only a lone student of Rubio's is actually studying the iron palm technique, and he's been a pupil since age four. Short and warm, Rubio also plays bass and guitar in a band called Face of Abandon. Ask to sit in on a class. You won't be disappointed. 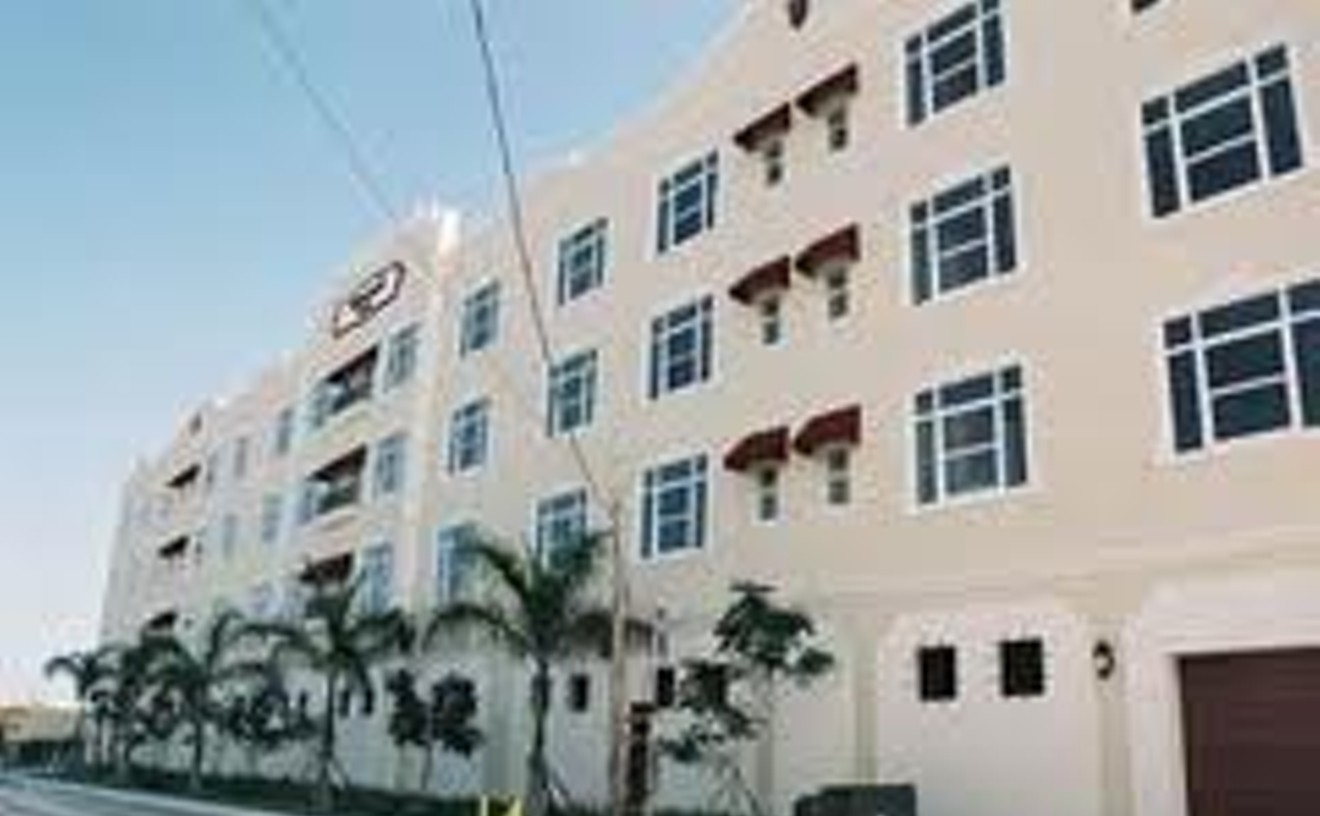 How tawdry those corporate water-cooler romances. How tacky the holiday party punch-bowl hookup and subsequent Friday in the exact same pantsuit from Thursday. But a shared-office-space romance? That's hot. You won't find any Brickell law-bots in the new Brikolodge Coworking Community, just Varvatos-sandals-and-Trovata-pants-wearing freelance correspondents recently returned from a revolution in Sri Lanka; Ivy League-grad fiction writers arguing with each other about whether Sebald's style is more Proustian or Jamesian; and documentary filmmakers editing bomb blasts on their MacBook Airs. So you end up after "work" at PS14, making out with him while dancing to Santogold? Don't come in the next day. Hell, he might not even be there. His grant might have run out or someone may have assassinated the defense minister of Paraguay. It's a big world, and Brikolodge is just one small intersection on the information highway. A few years later, you might stop in to finish up that chapbook, and there he is, over by the coffee machine talking to Alphonse about the best brand of pen to use in an emergency tracheotomy. Your eyes meet and all those old feelings come rushing back. "Of all the co-working communities for creative people in all the world, you had to walk into mine...."

Rule #1: Don't name your team "Balls Deep" or "Schweddy Balls" or "Blue Ballers" or "Huge Knockers" or "Rubber Balls and Lick Her." (Though, just for the record, these names are awesome.) Rule #2: Don't be the über-competitive guy who argues calls, starts fights, and pegs girls as hard as he can to turn that oh-so-crucial second-inning double-play. Rule #3: Don't be the guy who shows up drunk, keeps drinking, and pukes into the cooler. (Though, just for the record, that would be awesome.) Rule #4: Don't be the "funny guy" — hey, look at me! — who always wears Kurt Rambis-style protective eyewear, high socks, Chuck Taylors, and short-shorts. True, every team needs that guy; just don't be that guy. Rule #5: Don't start hitting on your teammates after the first game. Rule #6: Hit on the other team's teammates after the first game to make your teammates jealous. Rule #7: Don't be the guy who has the deal locked up and then does 11 Jäger-bombs at the Sandbar, passes out in a booth, and gets dicks drawn on his forehead. (Though, again, that would be awesome.) Rule #8: If you do end up dating that gorgeous art dealer with the English accent and absolutely no athletic ability (at least with a kickball), don't make a funny reference to your team name midcoitus, such as "Who's ball deep, now?" or "I guess I have to turn in my Blue Ballers shirt." Rule #10: Jog, don't run — no one likes Schweddy balls.

Produce section of the Publix in Brickell 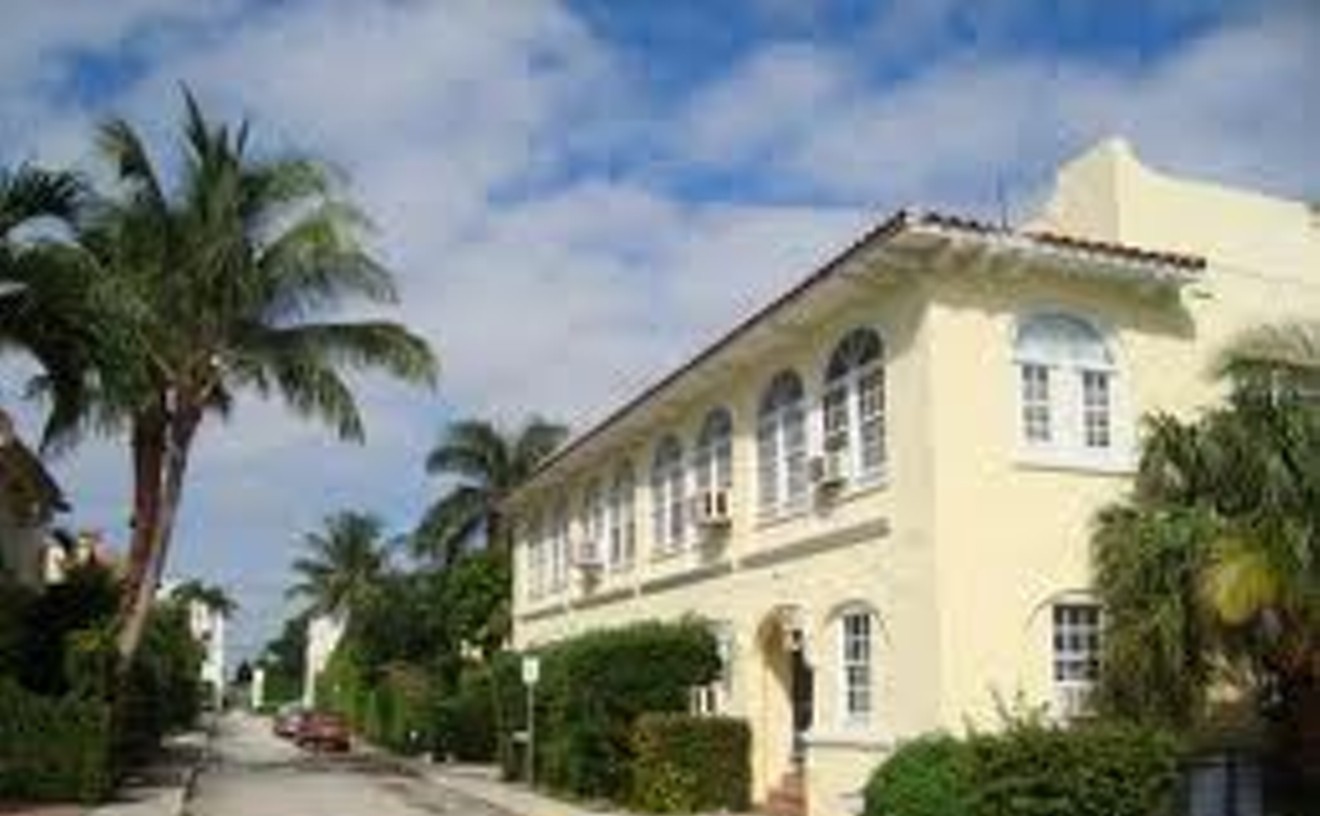 Look, don't try to figure this one out; it's a fucking mystery to us all. This town is just bursting with MILFS.

Compounding this mystery is the fact that an inordinate amount of them congregate in this particular produce section. This is evidenced by the slow-moving dolts who shuffle down the aisles at the rate of about three feet per minute. They stare, mystified, at the immaculate female forms, carting their one or two or three children around like magic tricks. It's as though they just pulled them all out of a top hat.

Women like air, food, and shelter. Even though they live inside, they must have exercise to survive, in order to prepare for the coming weekend's intake of vermouth. This means a good spot to find them congregating is a jogging route. The three-mile asphalt oval that wraps around the Turnberry Isle golf course is a great spot to locate females. But just because you have found the perfect fishing hole does not always mean there are fish in it! Women spend the day in different places depending on occupation, income, and temperature. Try the early evening on a Thursday. As the light reflects off the condominium towers, they'll emerge. One or two at first, then four or five, and soon there's a river of reflective sneakers and spandex. Do not find a bench and wait quietly. It's also inadvisable to follow them in your car, for this behavior is closely associated with an undesirable type of male. The best method is to suit up in a similar outfit, substituting the spandex for something more loose-fitting, and join in. An ability to run the entire oval without puking or developing full-body sweat stains is recommended, though faking an ankle injury has also been proven effective. Don't lunge or pull up alongside right away. Start a routine. Get yourself known. Do the eyebrow-nod-as-you-pass thing for a few days, and then try timing your arrival so the two of you are stretching side-by-side. When all else fails, break out your BlackBerry and talk a little too loudly about how it's the second hundred feet of the yacht that makes all the difference. 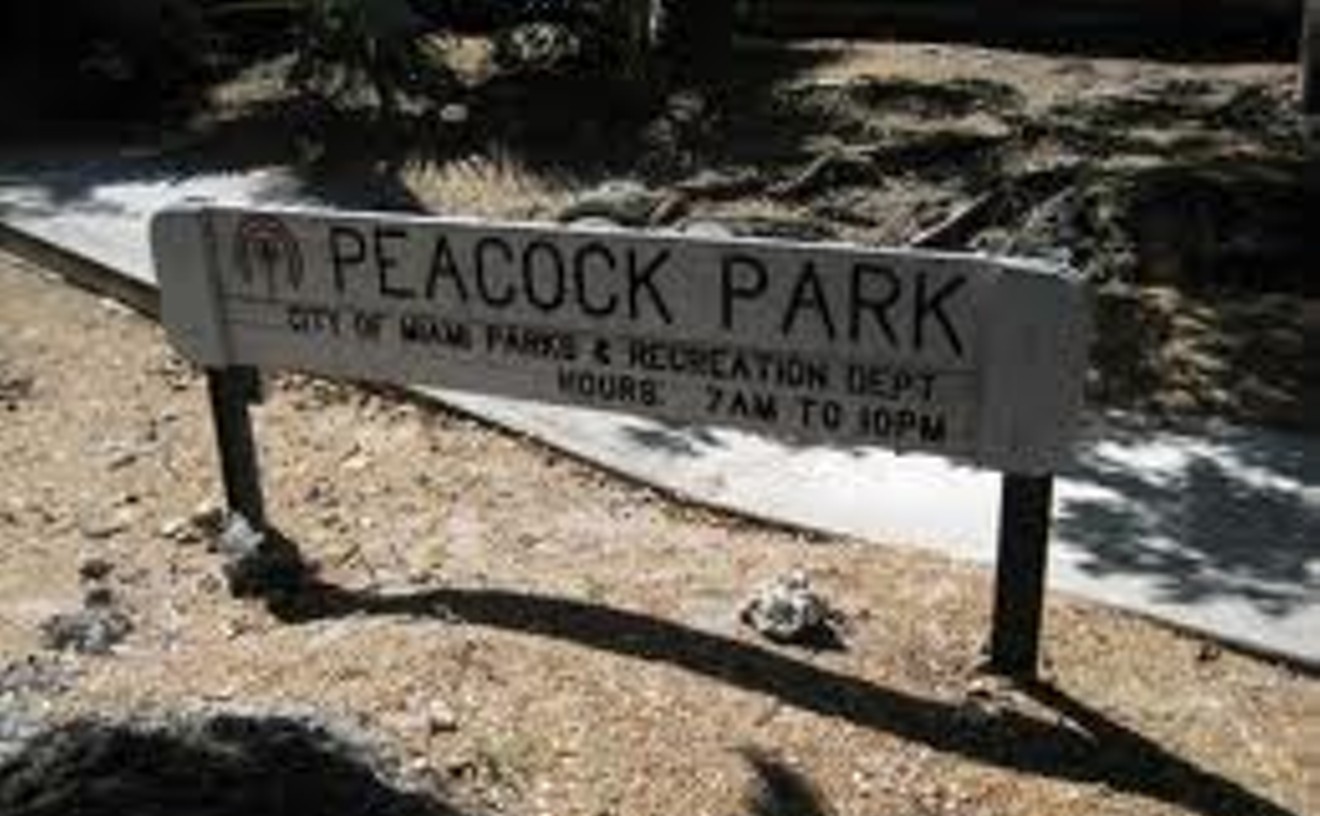 Miami is flat as a pancake, a place where having a mountain bike is kind of like having snow skis. But the Grove Skate Park is proof that man can make mountains out of wood and steel. For $10 on weekdays and $13 on weekends, you can roll through 10,000 square feet of perfectly constructed transitions, including a 28-foot-wide miniramp, quarter pipes, a beginner's course, and other obstacles for the brave bike rider. The skate park is located in Coconut Grove's beautiful Peacock Park, where there are also less-dangerous nature trails to explore (as long as you don't ride over a sleeping homeless person). Because the skate park gets mobbed on weekends with young skateboarders, we recommend mountain-biking there during the week, when it is usually empty. After riding around the wooden ramps and obstacles, cruise through the Grove. There are trails that lead toward the bay or in the opposite direction, toward the bars.

Best Place to Nurse a Hangover 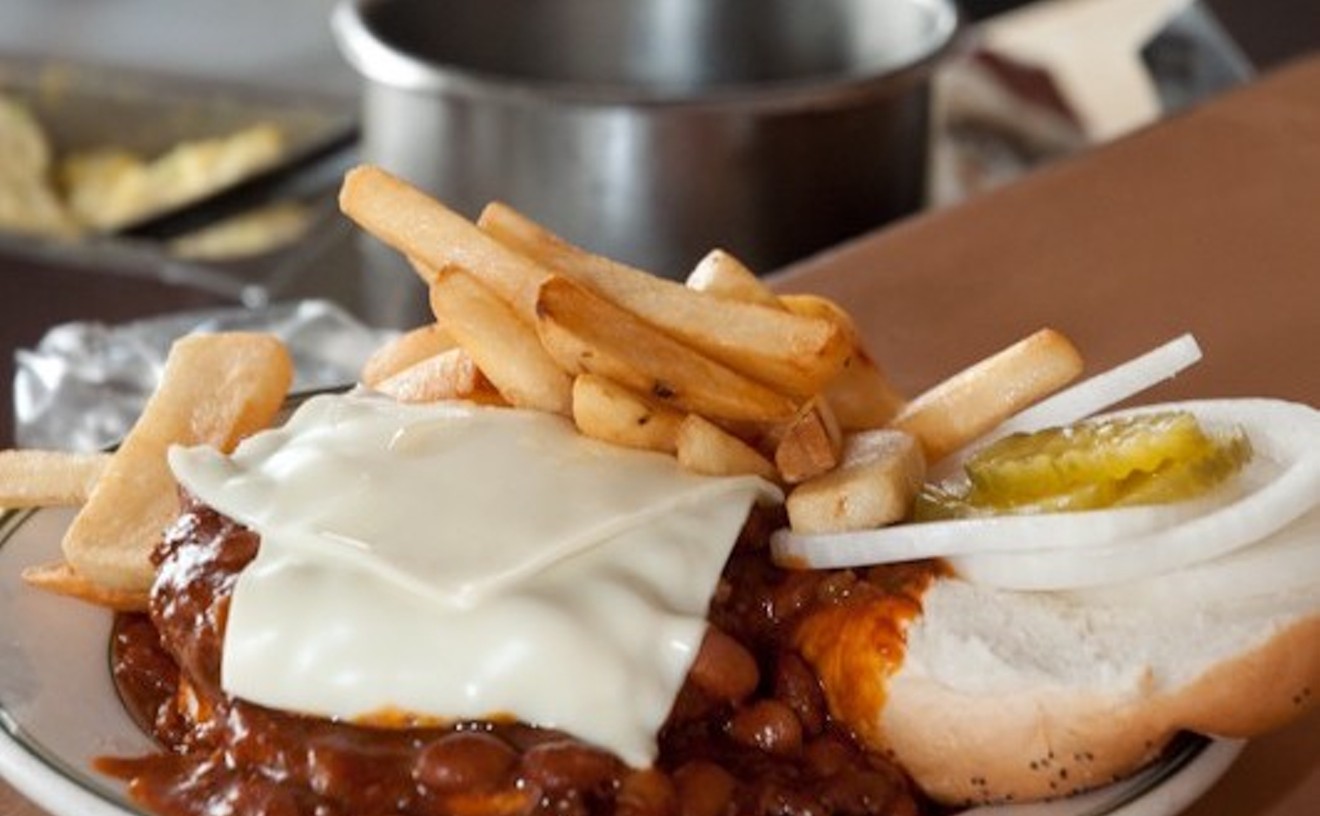 Sweet creeping Jesus! How did you get home? There's no way to know. One thing's for sure: You need pancakes and coffee. And a newspaper. And a place where no one is going to ask you any hard questions. So call in sick, put on a pair of sunglasses, and drive (slowly) to this fine, cheap eatery. Get the banana pancakes or the corned beef hash. They're good for what ails you. Everything is going to be all right. 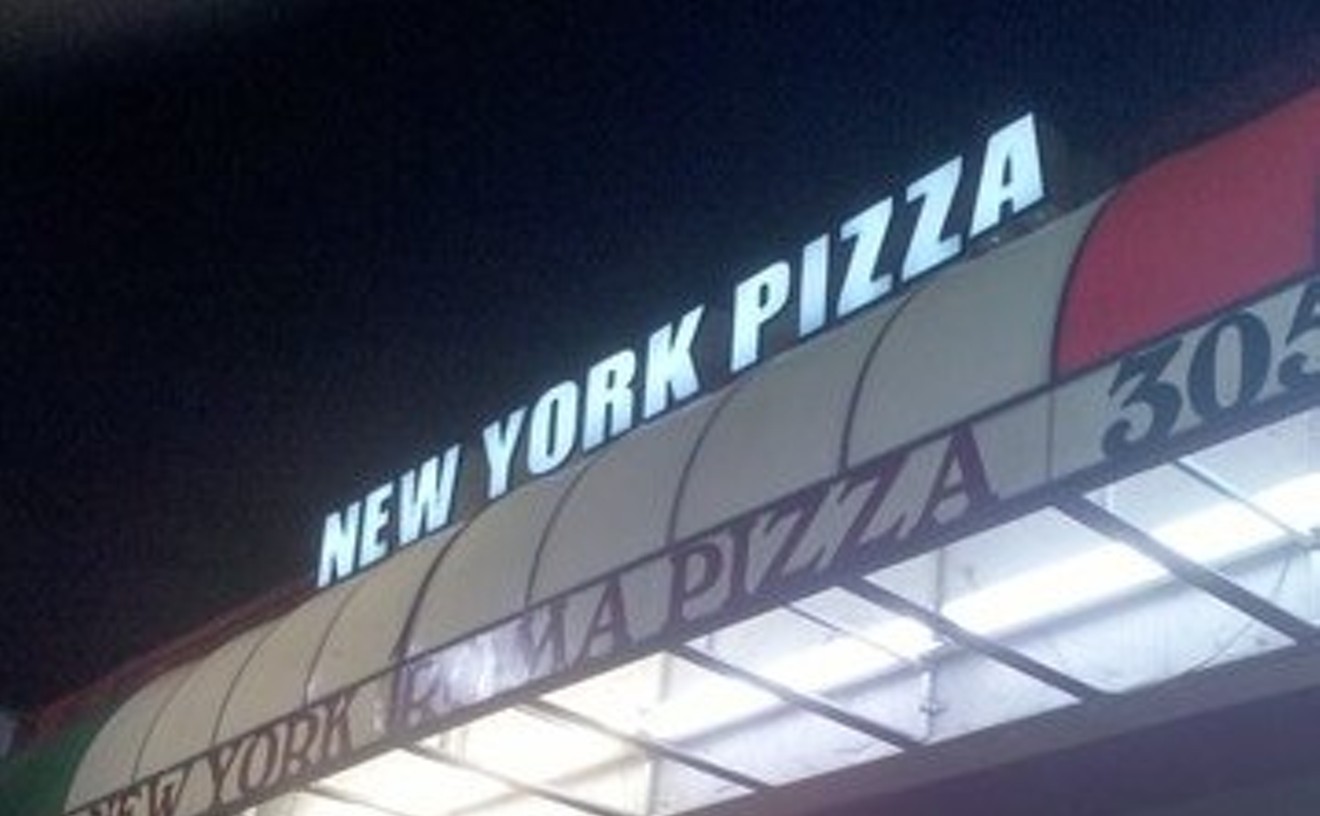 Located at the nexus of the Coconut Grove universe, where Main Highway, Grand Avenue, and McFarlane Road intersect, this pizza joint comes with a front-row view of the Grove's sidewalk drama. There are sure to be high heels, high tempers, and high blood-alcohol ratios every day of the week. Pull up a chair outside around 2 a.m. on a Sunday and watch as attractive young people devolve into belligerent street performers smelling faintly of puke. 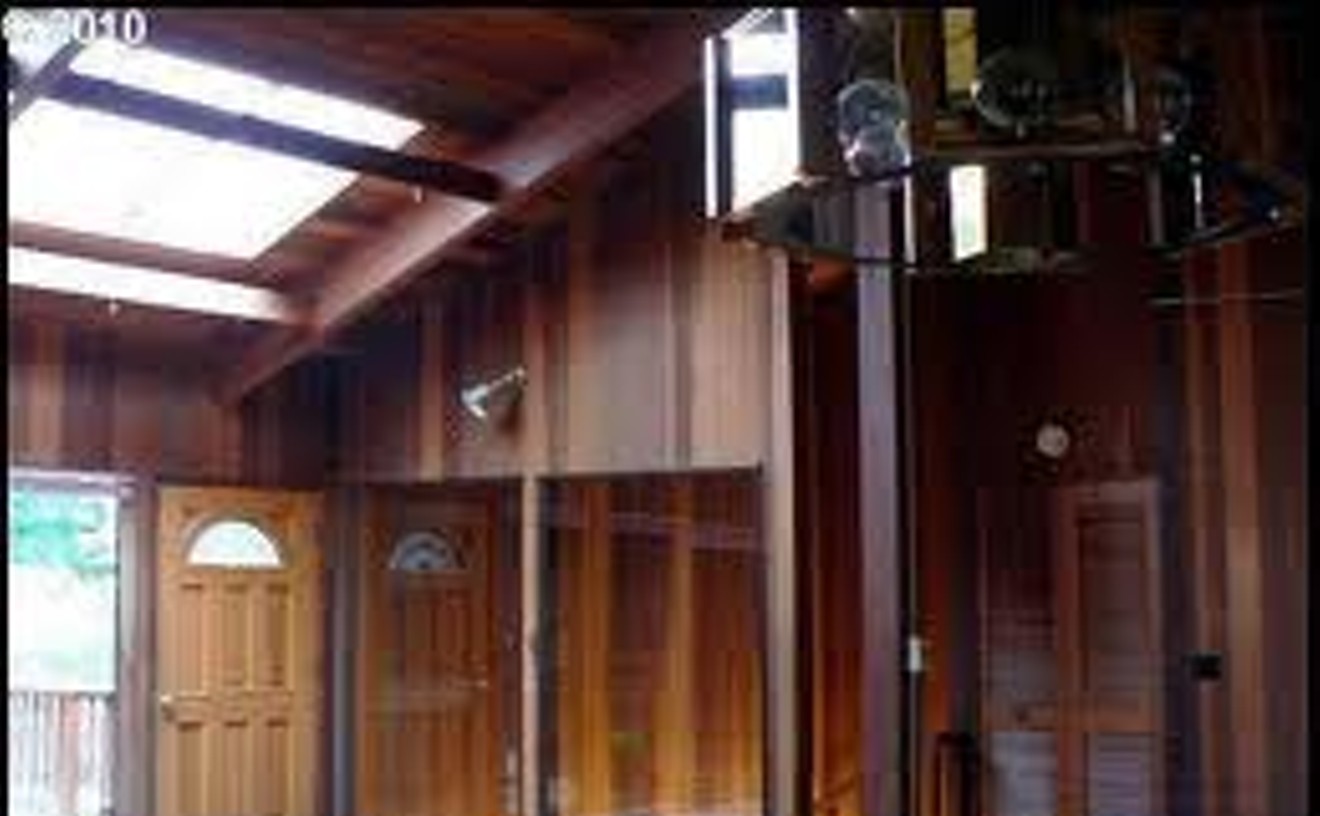 There's really no better feeling than lifting a 12-gauge cannon toward the heavens and blowing a flying object to smithereens.

And when he lived in Cuba, he shot trap and skeet with a little club called the Club Cazadores del Cerro in Rancho Boyeros.

The club came to Miami in 1968 and continues to provide good, clean fun for people with enough scratch to compete at shooting clay discs a couple of times a week.

These guys are nice. They like newcomers and pass the time between rounds of shooting by playing dominoes and bullshitting in Spanish. Food is served. For $75 a year, you can be a cazadore too.