When Baselphrenia grips the Big Orange each year, the moonberries creep out of the woodwork, eager to add some homespun flair to the planet's greatest arts confab. Some peddle nickel bags of art and push shopping carts full of ephemeral trash across town, others splooge art swells with the sodden contents of a four-foot-long pneumatic pink-foam pecker. But Maite Josune froze traffic on NW Second Avenue and 23rd Street in Wynwood during the fair with her car-wreck-cum-jungle installation, which she christened "Mind the Snails." The nervy Josune salvaged a 1995 Mazda MX-3; slathered it in acidy cranberry, cobalt, and lemon yellow hues; and plopped it down in front of Art Miami for maximum media exposure. She covered the jalopy with huge white and green snails as symbols that "no artist should be left behind." To crown her achievement, Josune planted ficus, ferns, and palms from her Kendall garden in the car's trunk, bringing a loopy dash of suburbia to dreary art district. The homeless loved it, sleeping in her vehicle long after chichi art patrons evacuated the area at nightfall. Josune's problems arose when neighboring galleries called the cops to complain. Miami Police ticketed and impounded the tagless art piece, apparently unimpressed by the enterprising artist's conceptual clunker.

Public basketball courts are a mixed bag. Some are so filthy that if you simply dribble around for 10 minutes, your hands turn black with dirt and grime. And don't fall, because that hand you put down to save yourself might land on a used condom, or needle, or maybe some broken glass. That's why when a new court opens, it appears as an oasis in the desert of dilapidated and poorly managed ones.

Normandy Isle Park is such a refuge: The green asphalt is smooth and free of cracks, nets hang from the rims, the courts are well lit, and water fountains function. A lot of things can ruin a public basketball court: a dominant crew monopolizing court time and intimidating newbies, an atmosphere that promotes bickering over every call, interminable waits to get in on a game. Nothing is worse than showing up for some pick-up hoops and finding a bunch of meatheads posturing and running their mouths more than the court. Normandy Isle, perhaps because it hasn't been around long enough — it was christened last year — is free from all of those things. Best of all, if you're playing during one of those sweltering Miami days, just hop in the park's pool when the games end.

At one time in our city's history, you could visit Virginia Key and discover signs that told you exactly where you were: "Colored Only," they read, and black residents knew this was the only slice of South Florida where they were allowed to sink their toes into the sand or enjoy the sensation of sun-warmed seawater on their skin. Flash-forward a few years, and Virginia Key was known for two things: the sewage treatment plant and Jimbo's. Nowadays Jimbo's is still going strong (thank the Lord for drunken tradition), and the tables of history have turned for old Virginny. The beach is back, better than ever, and it's open to sun and sand lovers of all creeds and races. The park makes full use of its 82 acres, with areas to camp, places to picnic, spots to sunbathe, nature trails to hike, and a brand-new carousel to ride with the kiddies. There's even a stage for live performances. And then, of course, there's the beach: serene and beautiful, with calm, lapping waters you won't be afraid to splash in. Soon you'll be saying, "South Beach where?" And, "Crandon what?"

Forget about the people who blog about their favorite movies or their kids or the vegan meals they eat every day. Eye on Miami is smart, witty, and informative — almost like daily newspapers used to be. It's the conscience of the local blogosphere, concentrating on foreclosures, housing woes, corrupt politicians, and the rampant waste of taxpayer money in our community. It's an easy-to-read, simply designed site — the right-column index of scofflaws and newsy topics is especially handy — with an edgy voice. The two people who run the site (Genius of Despair and Gimleteye) do it anonymously, but they still let their personalities shine through. (One classic post described Genius of Despair accidentally hitting University of Miami President Donna Shalala with a chair at a concert.) What the blog does best, however, is research and explain the often hard-to-understand issues in our area. The bloggers think nothing of taking a news story printed in the Herald and explaining the festering, moldy truth that lies beneath the people quoted in the story. They research foreclosures, lobbyist records, and campaign donations — often with sobering results. The truth isn't pretty here in the Magic City, but thankfully Eye on Miami is watching. 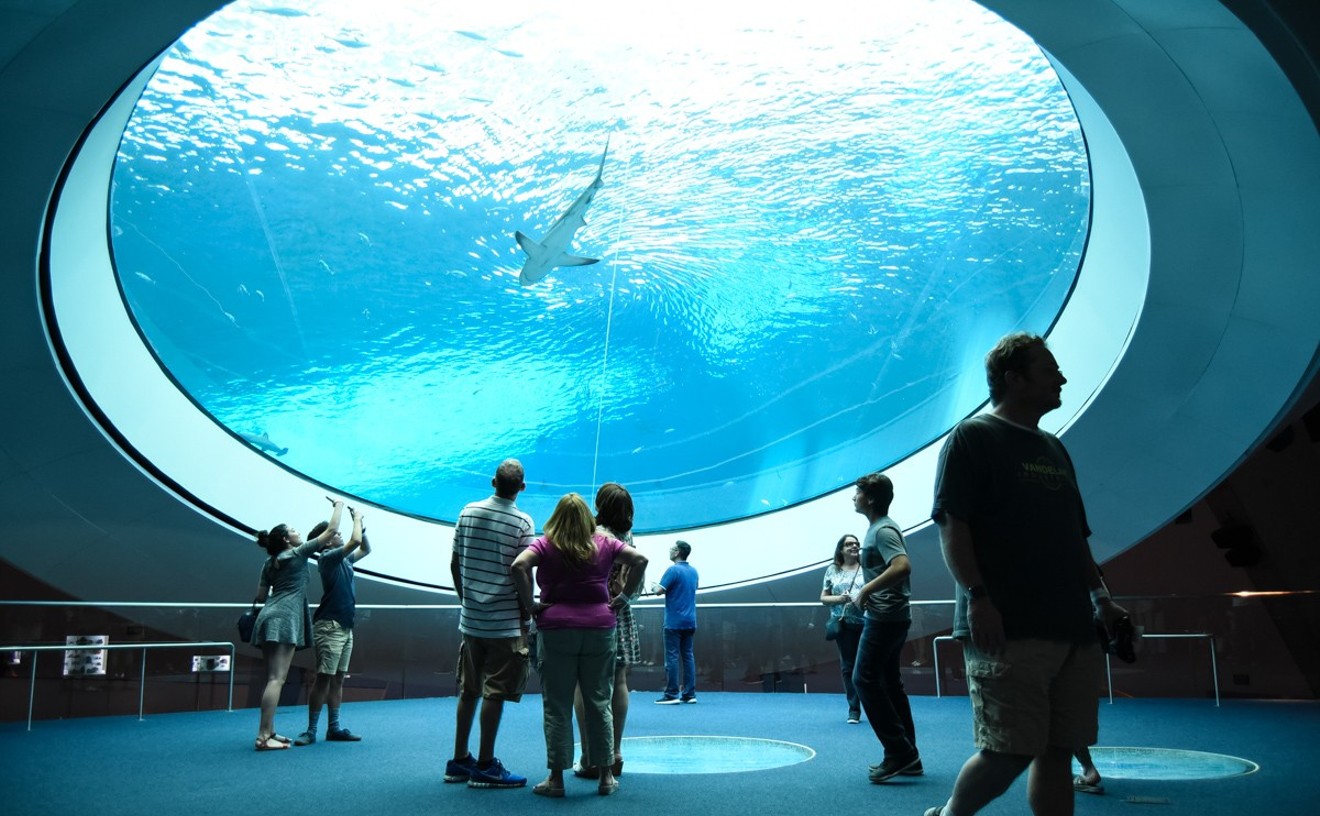 The bronto-size exhibit filled the Miami Science Museum with some of the rarest dinosaur fossils on the planet in a sensational show that made its U.S. debut in our own back yard. It boasted a whopping 14 of the reptilian behemoths' mounted skeletons, as well as an impressive array of pristinely preserved feathered dinosaur and bird fossils hailed as the missing link between the meat-eating dinos and the earliest bird. The undisputed star was an 85-foot fossilized skeleton of Mamenchisaurus jingyanesi, one of the longest-necked beasts to have ever trod the Earth. The length of two school buses, the gargantuan creature was featured in the "round-up" scene in the Jurassic Park sequel The Lost World and was the favorite of local students visiting the show during public school tours. The museum even built an interactive playroom where the sandbox set could unleash their inner paleontologists, freeing mesmerized parents to roam the enlightening boneyard on their own. 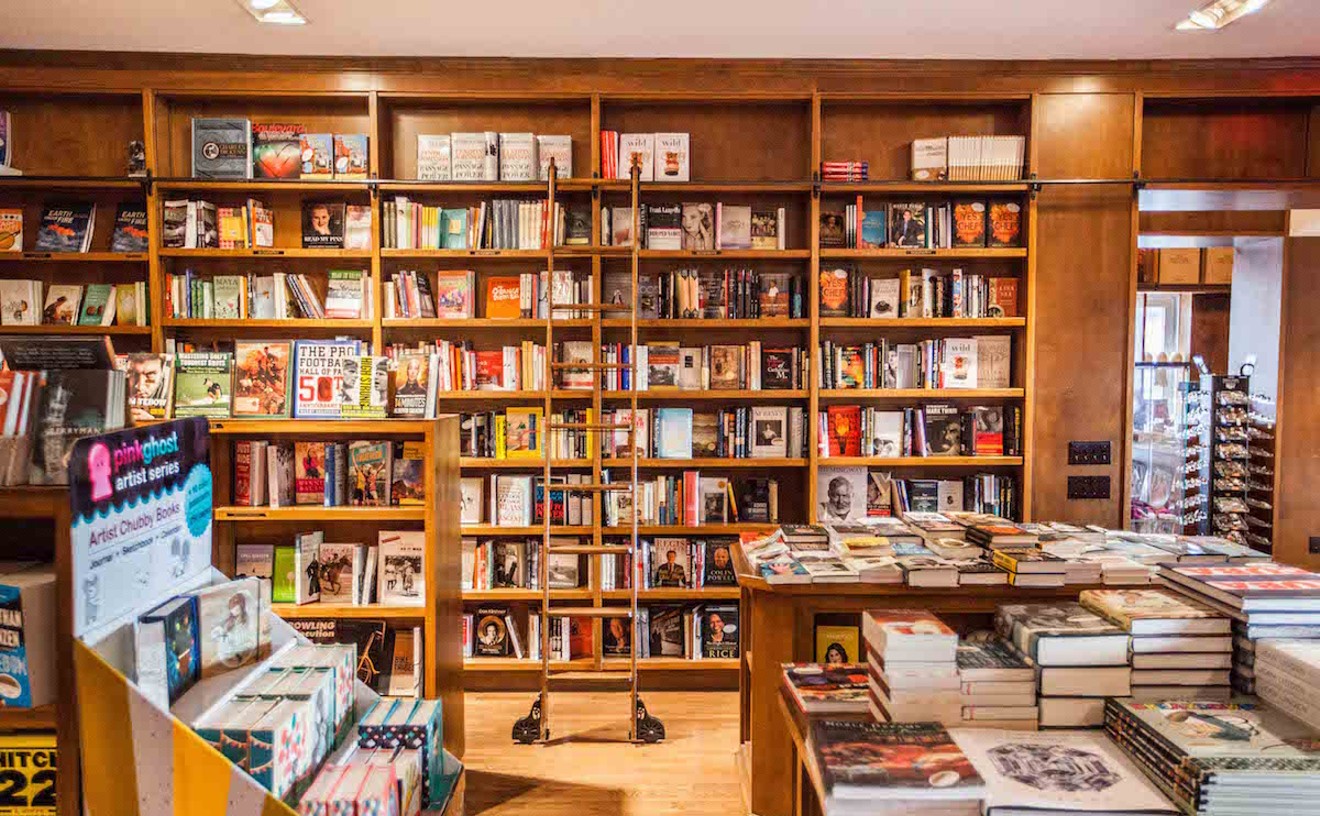 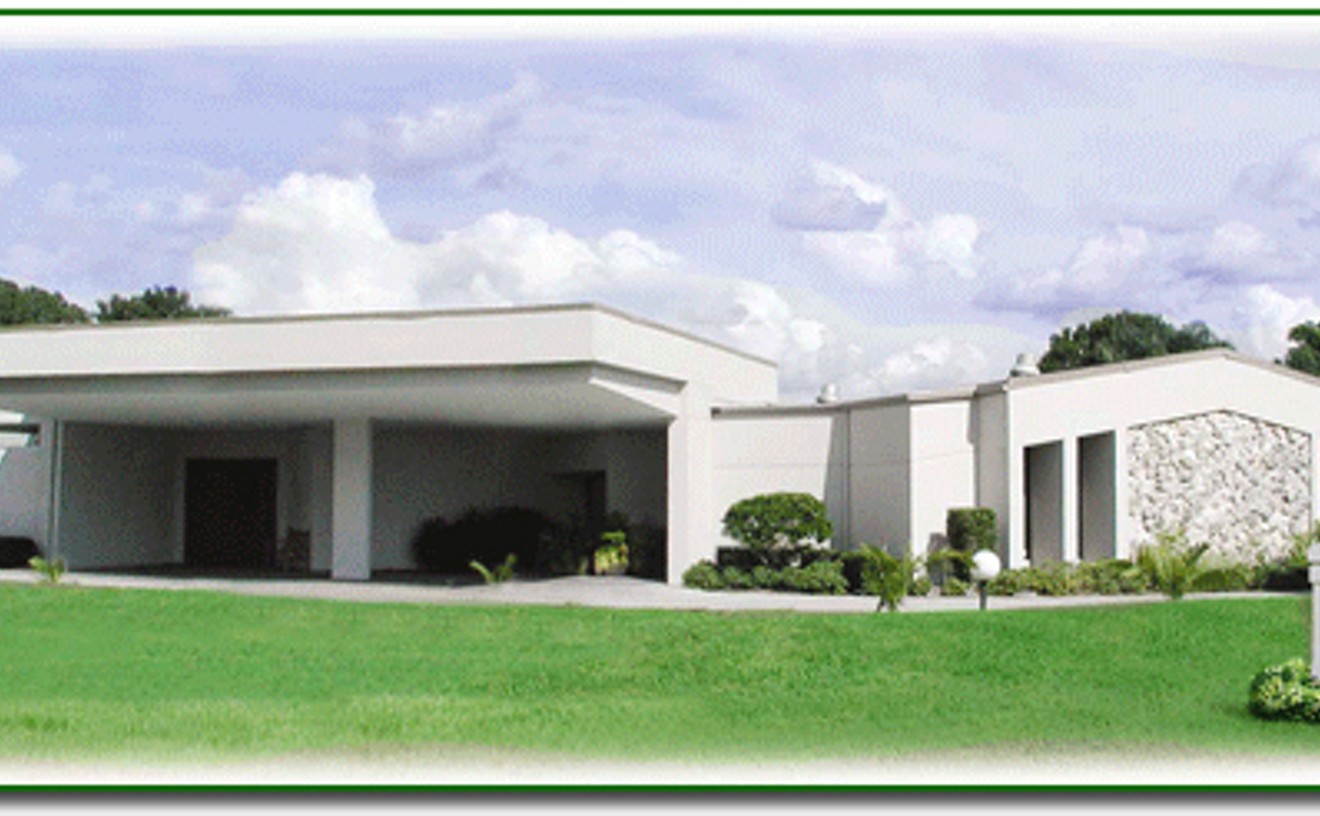