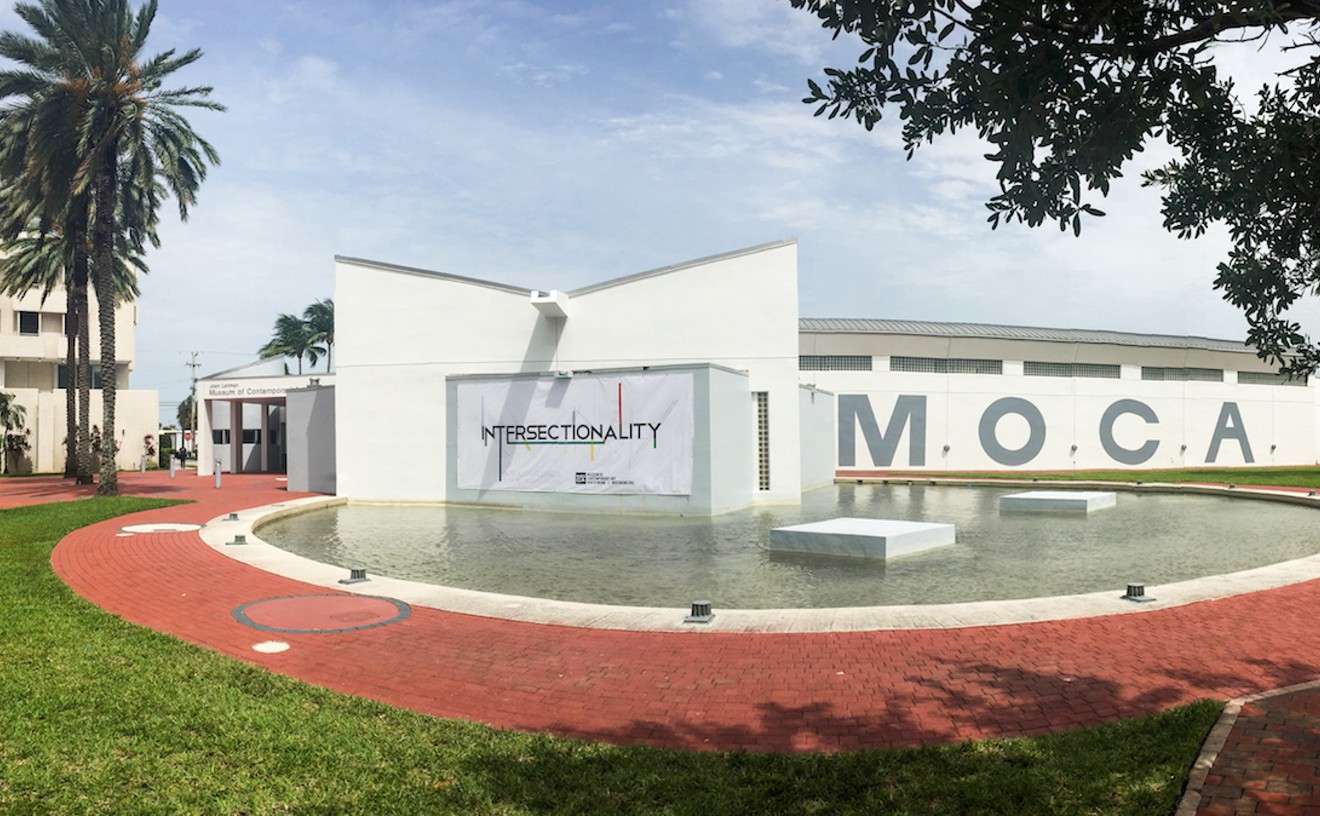 It's that unmarked warehouse in the warehouse district, down the street from the cluster of services for the poor and homeless. The one that had a show with a giant flamingo made of bubblegum prostrate on the floor, the sole artwork in the otherwise barren space. The one with exhibits titled "Pigs and Lint" and "The Night Crazy Legs Went GQ: New Projects by Miami Artists." The one that is a nonprofit founded by three intriguing young artists: Weston Charles, Elizabeth Withstandley, and Cooper (one name only). Now it's also the one with an assistant director who is another fascinating artist, Gean Moreno. The one that shows alternative works from alternative artists consistently and interestingly. The one that greatly helped form our electric emerging art scene. The one that deserves to be called Miami's best gallery this year.

On May 6, 2003, by a unanimous vote of the U.S. Senate, Altonaga became the nation's first female Cuban-American federal judge. President George W. Bush personally nominated her, sidestepping a list of South Florida candidates forwarded by the state's two senators, Bill Nelson and Bob Graham. The move provoked cries of foul. It's clear Bush wanted a Cuban female in the position, and in Altonaga he found a winner. The Yale-educated Coral Gables resident was a career prosecutor with the Miami-Dade State Attorney's Office until she became a county court judge in 1996 and then circuit court judge three years later. Even Nelson and Graham, two Democrats, conceded the point of her qualifications and ended up backing the president's pick.

BEST ACTIVITY TO DO WHILE INTOXICATED

Sober up at Puerto Sagua

Your night out is over. You step out of the club's raging din and onto the sidewalk, where the relative silence is as shocking as a slap in the face. Head spinning, you realize you might not be up for the drive home just yet. Stumble over to Puerto Sagua for a no-frills Cuban meal in an atmosphere easygoing enough to enable a soft landing when you come back to earth. The restaurant -- a South Beach institution for more than 30 years -- stays open until 2:00 a.m., perfect for clubland's early exits, and it won't break the bank, assuming you have some bank left after those double-digit cocktails. 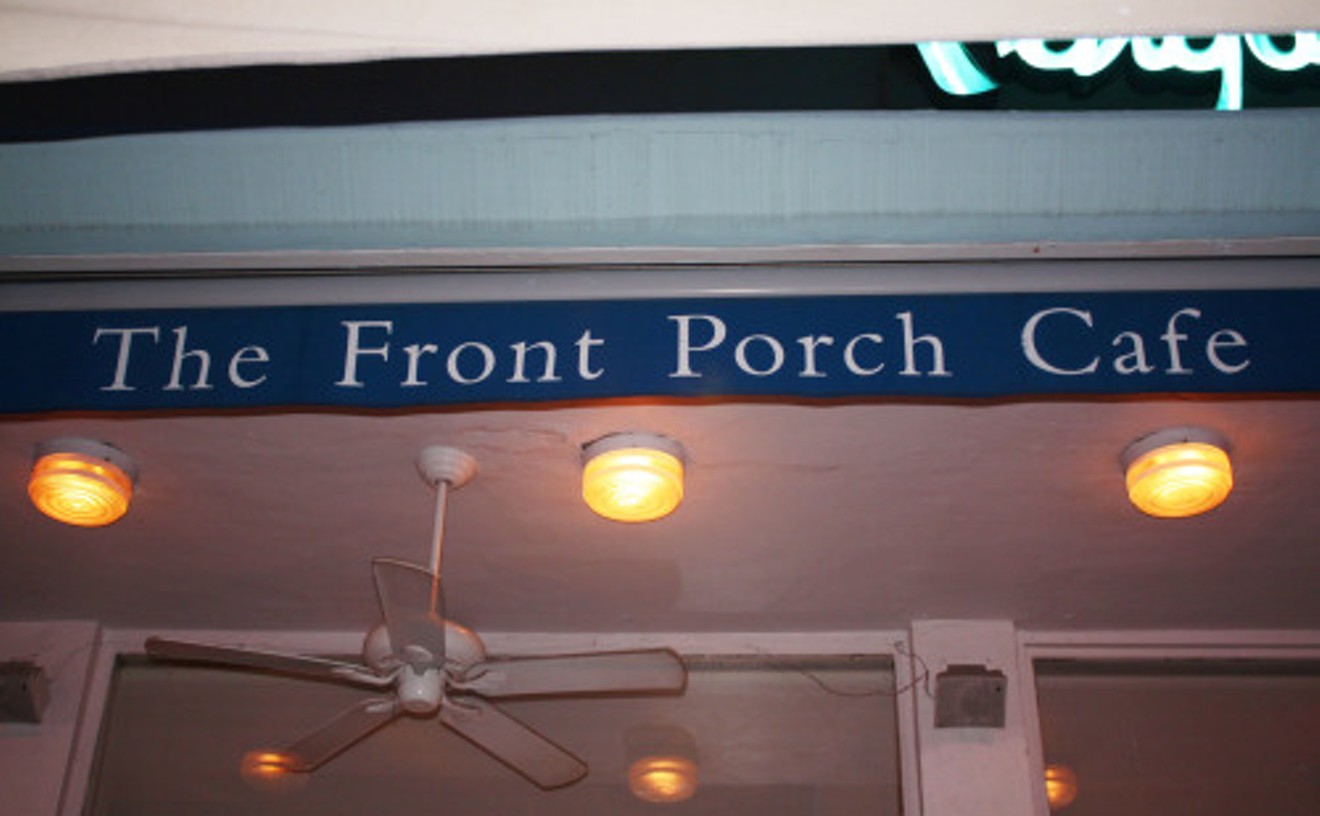 Located at the more sedate, northern end of this beachfront strip, the Front Porch dishes up fair-priced, hearty portions from morn' till night. The best seats in the house are, as the name would suggest, on the front porch, where the scenery stretches from Lummus Park to the dunes to the Atlantic. Or lower your gaze slightly to watch the parade of pedestrians without anyone sashaying into your salad. Weekday breakfasts or late lunches are blessedly peaceful, but expect a wait on the weekend as locals line up for the bounteous brunch. And with a full bar, it's also an ideal spot to quench your post-beach thirst with a cocktail in a casual but civilized environment.

Most drivers en route between Miami Beach and Miami via North Bay Village likely pass unawares through this North Beach neighborhood. Overshadowed by nearby Little Buenos Aires (Collins in the Seventies), Normandy Isle is a discrete entity, surrounded by the bay and canals, including one that divides the island in two, offering many residents water access and providing a training ground for crew teams and skullers out of the Miami Beach Watersports Center. The northern half is rooted by the Normandy Shores Municipal Golf Course while the southern half has the commercial district centered around the fountain, informally dubbed the Place Vendome (nearly all the Normandy Sud streets have French names). With sections of single-family homes and predominantly small apartment buildings dating from the Forties and Fifties, it's home to a mix of long-time residents and newer arrivals, Anglos and Latinos (of which Cubans and Argentineans are only the most visible), families and singles (straight and gay), who manage to co-exist. The area is in transition, though, as Section 8 rentals give way to condo conversions, with the accompanying dislocations. But the City of Miami Beach is also investing millions in fixing up the streetscapes and in refurbishing the Normandy Isle Park, to the benefit of all.