Where Was Rap Sh!t Filmed? Here Are Some of the More Notable Locations on the Show 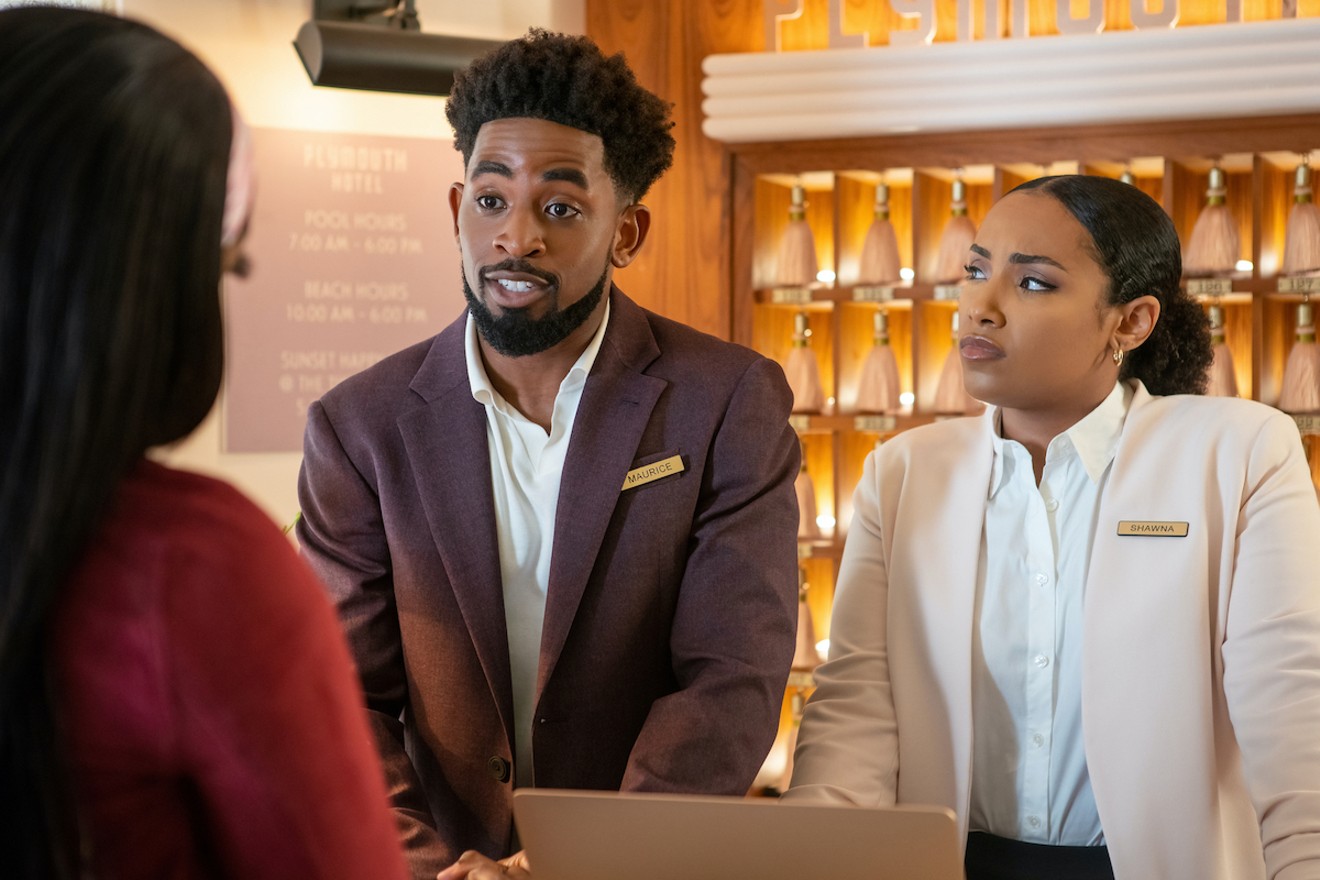 Maurice (Daniel Augustin) and Shawna (Aida Osman) working at the front desk at the Plymouth. Photo by Alicia Vera/HBO Max
With a 100 percent rating on Rotten Tomatoes, HBO Max's Rap Sh!t has been met with critical acclaim. Audiences are clearly enjoying Shawna and Mia's journey to rap superstardom.

The series was created by writer, producer, and actress Issa Rae, who came up with the idea while filming the final season of her hit show Insecure. The show is partly inspired by the story of how the City Girls' Yung Miami and JT broke onto the scene. In fact, you can't help but compare the duo to the fictional characters of Mia and Shawna (played by KaMillion and Aida Osman, respectively). Mia is a makeup artist who moonlights as a sex worker, while Shawna works at the front desk at the Plymouth Hotel while stealing guests' credit-card information. (JT was sent to federal prison for doing the same thing.)

But for those who are familiar with South Florida, what really makes Rap Sh!t such a treat is seeing Miami on display in an authentic way. The show goes beyond just getting the lingo and hustle culture right. It was also shot in the city — a rarity these days, considering Florida no longer offers the tax credits that lure production companies. (Unfortunately, Deadline reports that filming for the show's second season will move to California, thanks to $12.6 million in tax credits from the state. It's unclear if the show's Miami setting will remain despite the change in production location.)

HBO provided the first six episodes to press for review, and New Times couldn't restrain ourselves from taking note of the locations. Here are a few of the most notable ones we spotted in the first six episodes. We're keeping this guide, for the most part, spoiler-free, but if you don't want to know anything that happens this season, you might want to stop reading now.

336 21st St., Miami Beach
At the beginning of the first episode, the viewer is shown a quick sequence of clips showing everyone excited about being in Miami before cutting to Shawna at her job working the front desk at the Plymouth. The series quickly lets you know this show isn't about the people who make Miami their playground, instead focusing on those who rely on the beaches and sunshine as a means to get by.

250 NE 183rd St., Miami
Located at the edge of Miami Gardens, the Office serves as a pivotal location in Rap Sh!t's story. Toward the end of the first episode, Shawna and Mia end their night at the strip club. Former high-school friends, the pair lost touch over the years, but after the wild night, they film a clip of themselves rapping what effectively serves as their motto for the rest of the season: "Seduce and scheme." 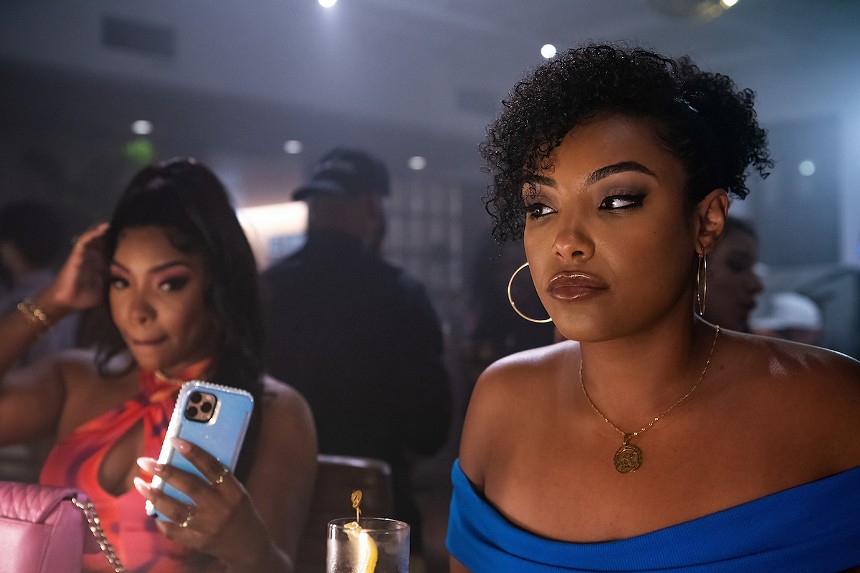 2219 NW Second Ave., Miami
Before Shawna and Mia end up at the Office, they start their night in Wynwood — at Freehold. "'Cause the party going dumb, dumb, dumb, dumb, dumb," Shawn says on her Instagram Story with the bar clearly empty. "Girl, what kind of parties you be at?" Mia asks with obvious concern. New Times couldn't help but guffaw at the quick exchange, because we've all been there — trying to make the best out of a not-so-great night.

6500 Biscayne Blvd., Miami
The standout character of Rap Sh!t might actually be the always-be-hustling Chastity (AKA Duke of Miami). Disillusioned about her job as pimp, she sees Shawna and Mia as her way out of the sex-work industry and into the music industry. From the parking lot at the New Yorker, she reaches out to Mia, letting her know that she "knows everybody" (not true) and promising she can get their track to the right people.

187 NW 28th St., Miami
In episode four, Chastity takes Mia and a dressed-for-the-office Shawna to Brick in order to meet up with an industry connection. Instead, they're forced to wait in line under the blazing sun. It makes for a humorous and awkward encounter thanks to Mia's two other high-school friends, Alesia and Nelly, who think Shawna thinks she's too good for everybody else. (Shawna's conservative outfit certainly isn't challenging that claim.)

29 NE 11th St., Miami
Later in episode four, the pack winds up at E11even after Chasity gets what the viewer can only assume is the cheapest table at the 24-hour nightclub — right next to the bathrooms. The version of E11even presented on the show feels highly sanitized (New Times knows of what we speak). Without revealing too much, what transpires at the club gives Shawna and Mia a glimpse of what will happen if they make it big.
KEEP MIAMI NEW TIMES FREE... Since we started Miami New Times, it has been defined as the free, independent voice of Miami, and we'd like to keep it that way. With local media under siege, it's more important than ever for us to rally support behind funding our local journalism. You can help by participating in our "I Support" program, allowing us to keep offering readers access to our incisive coverage of local news, food and culture with no paywalls.
Make a one-time donation today for as little as $1.