Buzzcut Mike Marrero & Jon Rhoads
Blood in the streets, animals running loose, people being stabbed in the back — it's just another day in Miami, at least during Popcorn Frights. Now in its third year, the film festival devoted to horror in all its forms is bigger than ever. Spanning a full week, with two to four films a night, the fest brings a labyrinth of horror cinema to town. Here's New Times' guide to the best bets of Popcorn Frights. 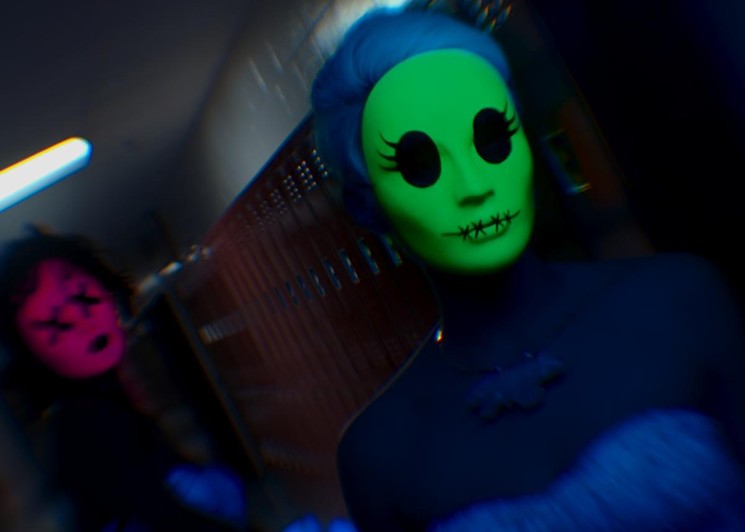 Tragedy Girls
Gunpowder & Sky
Tragedy Girls. The first film of the festival, part of a triple feature on opening night that includes Jackals and Terrifier, promises horror fans utter delight. Tragedy Girls follows two death-obsessed teen girls who use their online show about real-life tragedies to send their Midwestern town into a frenzy and cement their legacy as modern horror legends. Not only does the film star two actresses who have played Marvel characters (Alexandra Shipp was Storm in X-Men Apocalypse, and Brianna Hildebrand was Negasonic Teenage Warhead in Deadpool), but it also seems to nail the kind of fun metahumor that slasher films that work, like The Final Girls and You're Next, have offered recently in our post-Scream world. 7 p.m. Friday, August 11, at O Cinema Wynwood, 90 NW 29th St., Miami; 305-571-9970; o-cinema.org. Tickets cost $12. 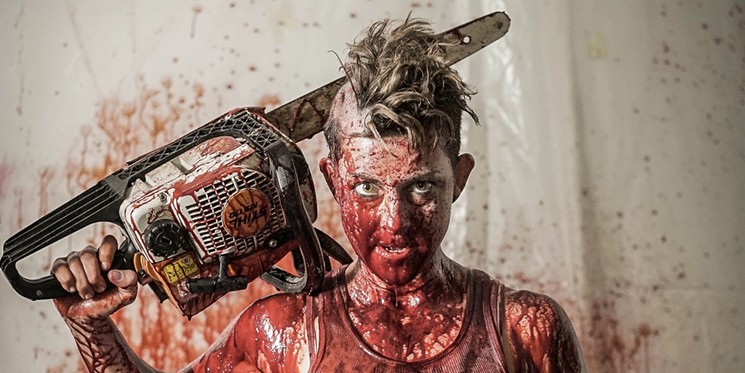 Buzzcut
Mike Marrero & Jon Rhoads
The Homegrown Series. It's impossible not to recommend Popcorn Frights' first Homegrown series, billed as "100% Pure Fresh Squeezed Florida Horror." Why, you ask? Because there's nothing like supporting local talent, especially when the short films that comprise the series are so damn interesting. Kicking things off is a new horror-doc by Rodney Ascher called Primal Screen, and paired with it are a number of short films. There's Jon Rhoads and Mike Marrero's queer apocalyptic horror Buzzcut; Jessica Curtright and Santiago C. Tapia's body horror flick It Began Without Warning; Brett Potter and Dean Colin Marcial's true crime home invasion episode The Midnight Service; and Luis Mendez's mysterious virus tale Pandemonium. Best of all? A number of the filmmakers will be in attendance to discuss their work after the screening. 5 p.m. Saturday, August 12, at O Cinema Wynwood, 90 NW 29th St., Miami; 305-571-9970; o-cinema.org. Tickets cost $12.

The Endless
Well Go USA Entertainment
The Endless. In recent years, filmmakers Justin Benson and Aaron Moorhead have delivered two great features — Resolution and Spring — so there's no reason to expect The Endless to disappoint. The film brings back characters from their first feature in an entirely new way, led by the filmmakers themselves as the actors guiding this journey of two brothers who return to the cult they fled years ago. Their brand of filmmaking blends genuine Lovecraftian horror with the casual humanity and meandering nature of Linklater. The Endless certainly seems to promise more of that. 7 p.m. Sunday, August 13, at O Cinema Wynwood, 90 NW 29th St., Miami; 305-571-9970; o-cinema.org. Tickets cost $12.