Eyes on Miami: Rihanna, Eric Andre, Cardi B, and Others

Cardi B and Offset World Red Eye
It's not easy having eyes all over the scene, being around to take in all the wild visuals at all the worthwhile places in the city. There are, however, those parties and gallery openings where a fortunate photographer can point and shoot. Every week, in collaboration with World Red Eye, New Times brings you a solid recap of all the recent experiences you might've missed around Miami. It's impossible to be everywhere, but, hey, we can try to keep our Eyes on Miami. 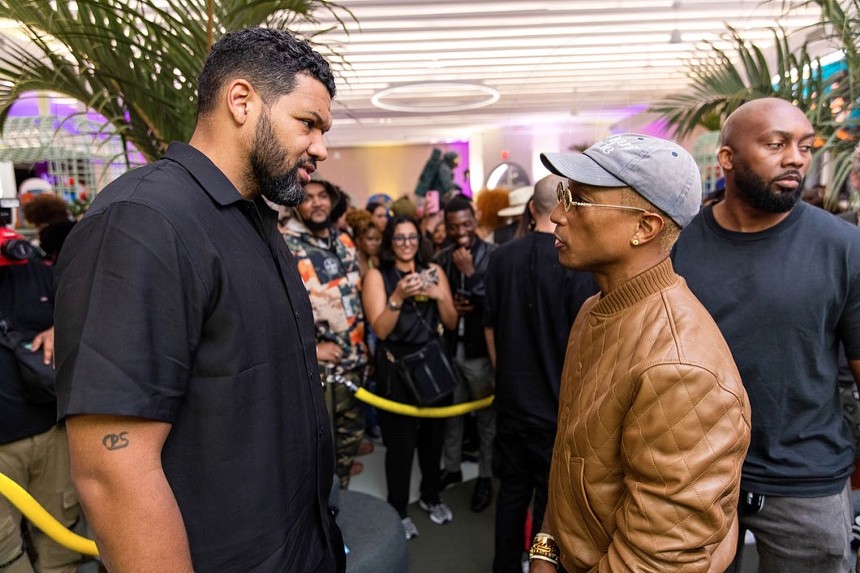 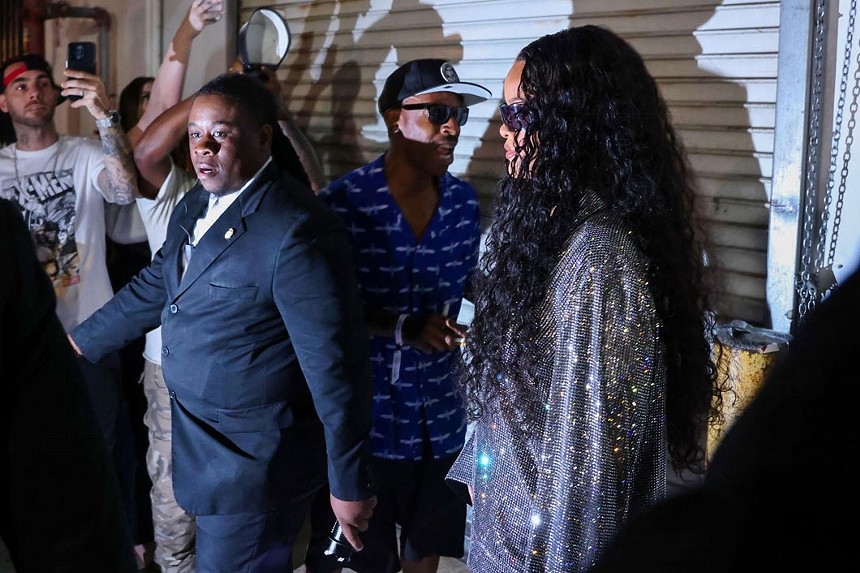 Story popped off on Thursday, as A$AP Rocky took over the mic and gave the wildest performance any crowd had seen. Rihanna, Johnny Dang, and Jadakiss were all seen supporting the rapper in VIP as they cheered to start the weekend early and enjoyed the impeccable vibes. 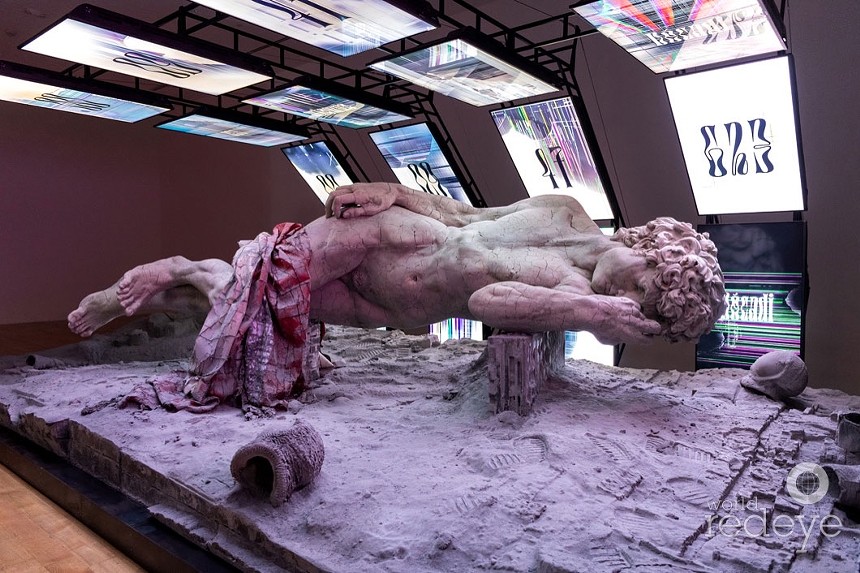 Alex.Brown and Raymond James, in partnership with Principal Financial, celebrated their most valued clients at their annual Art Basel event celebrating the artwork of Adrian Vilar Rojas. 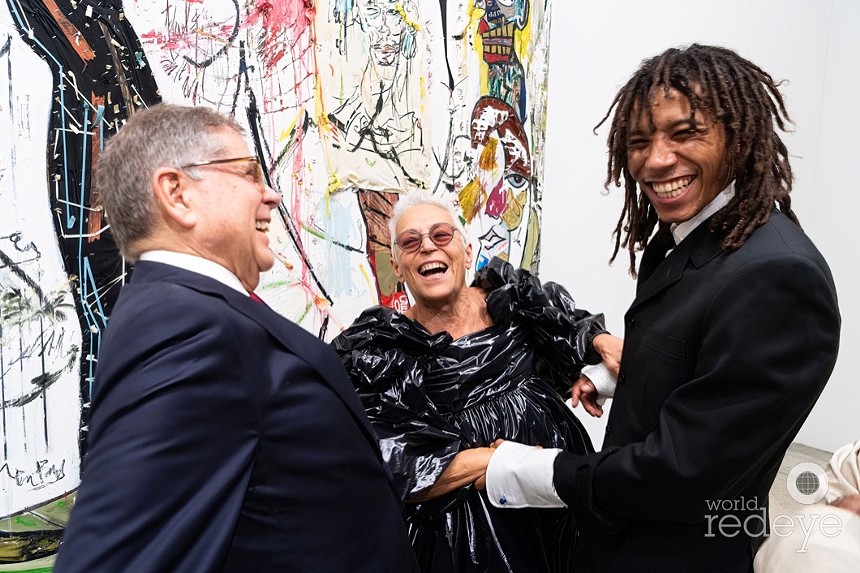 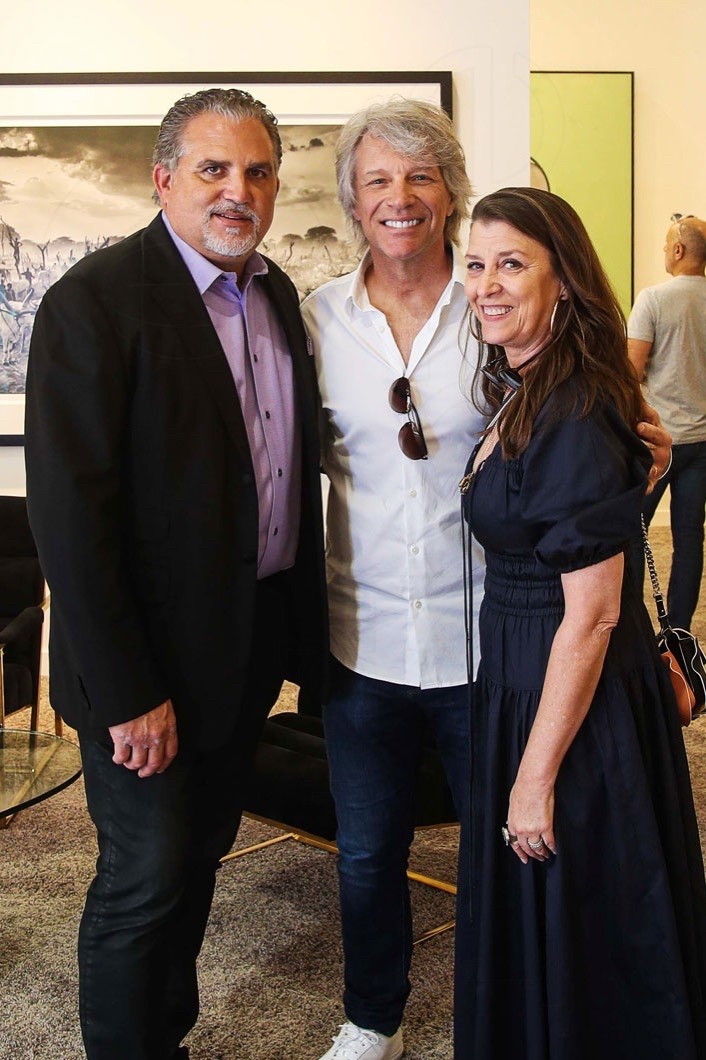 Maddox Gallery, established in December 2015, returned to Art Miami for the fifth year, operating booth AM220 and featuring works from many renowned artists, including Banksy, Russell Young, David Yarrow, George Condo, Kaws, the Connor Brothers, Andy Warhol, Cooper, Kusama and more. On Tuesday, November 29, the Gallery welcomed artists and stars to their booth for the VIP preview of Art Miami. 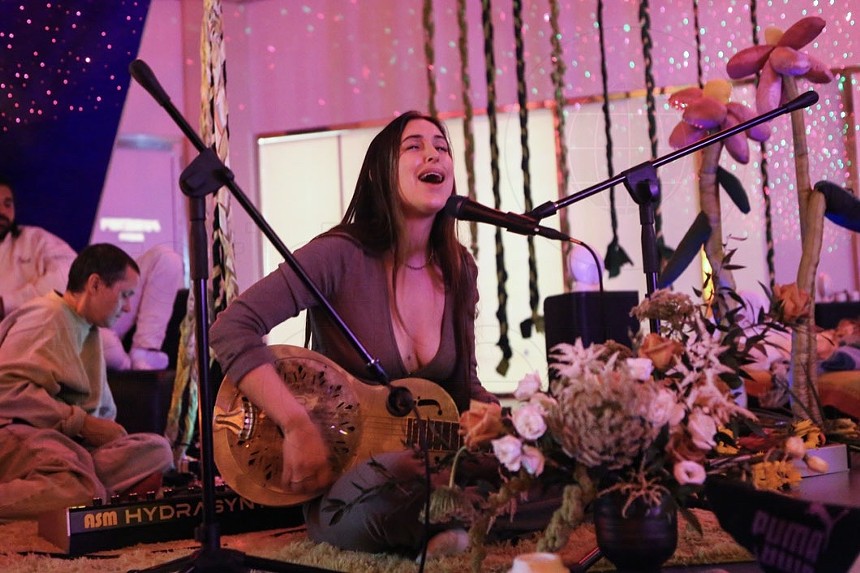 Basic.Space hosted "Select.Miami," a unique exhibition and shopping experience curated by a select group of best-in-class creatives, including Scout LaRue Willis, Juliet Johnstone, After That, RetroSuperFuture, and more. 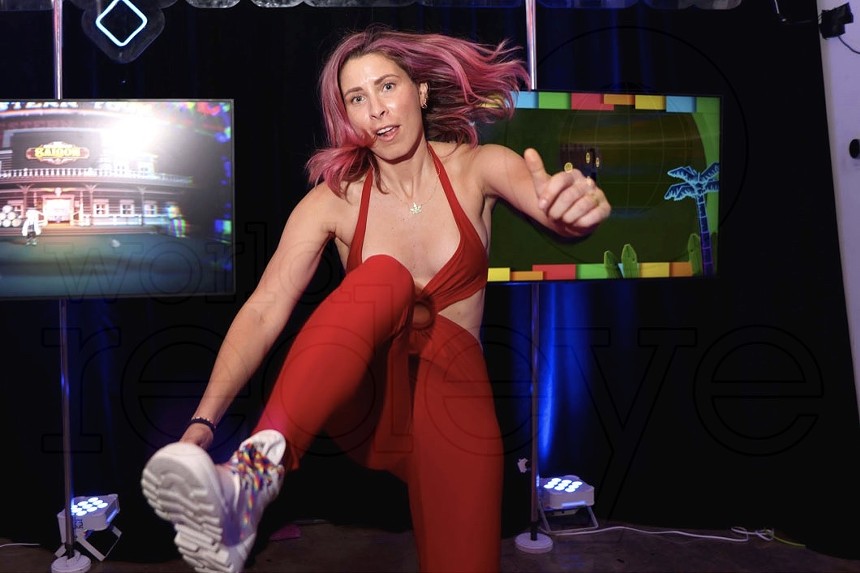 Abracadabra has landed in Miami for Art Basel, returning to the Toejam Backlot for the second year in a row filling the venue with Miami's high society and featuring artists like Blond:Ish, Diplo, Cole Knight, and Bora Uzer. 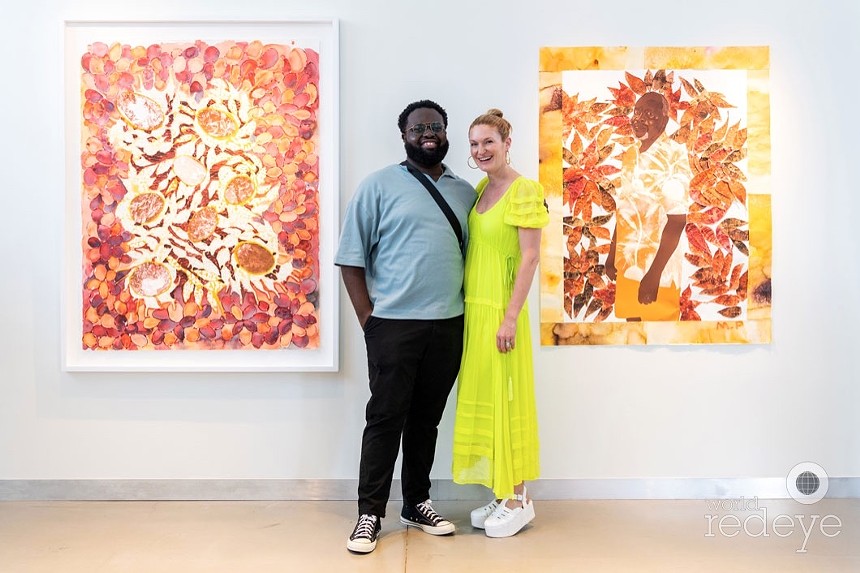 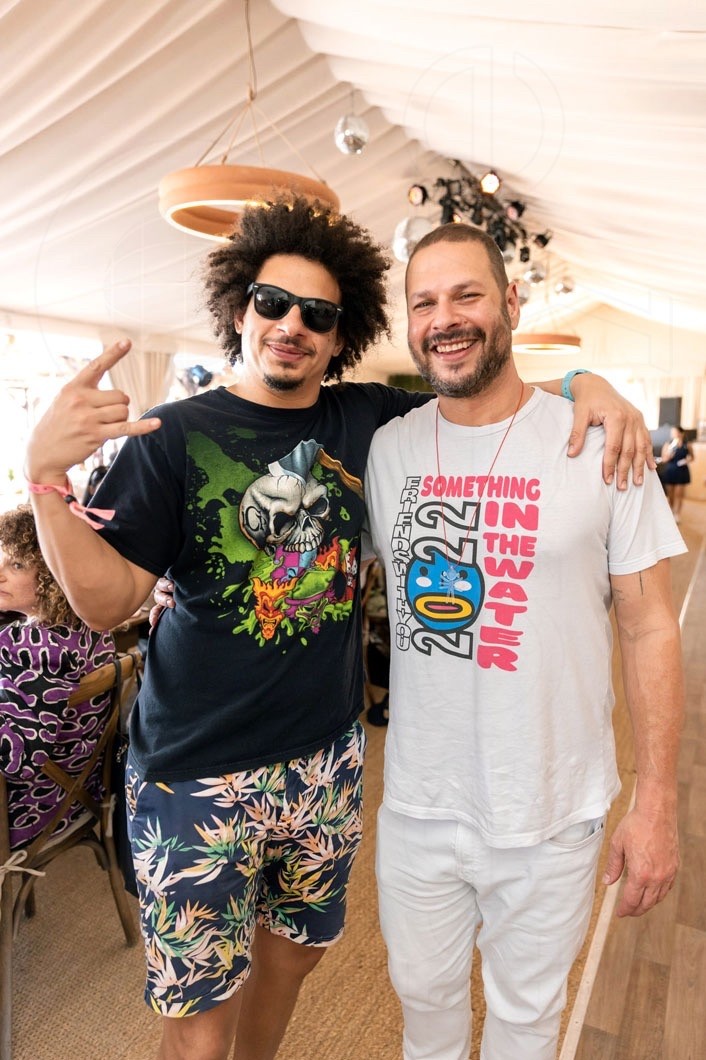 FriendsWithYou kicked off Miami Art Week with an intimate lunch on the beach at Soho House, celebrating the unveiling of their newest public art sculpture, "Starchild," commissioned by the City of Miami Beach. 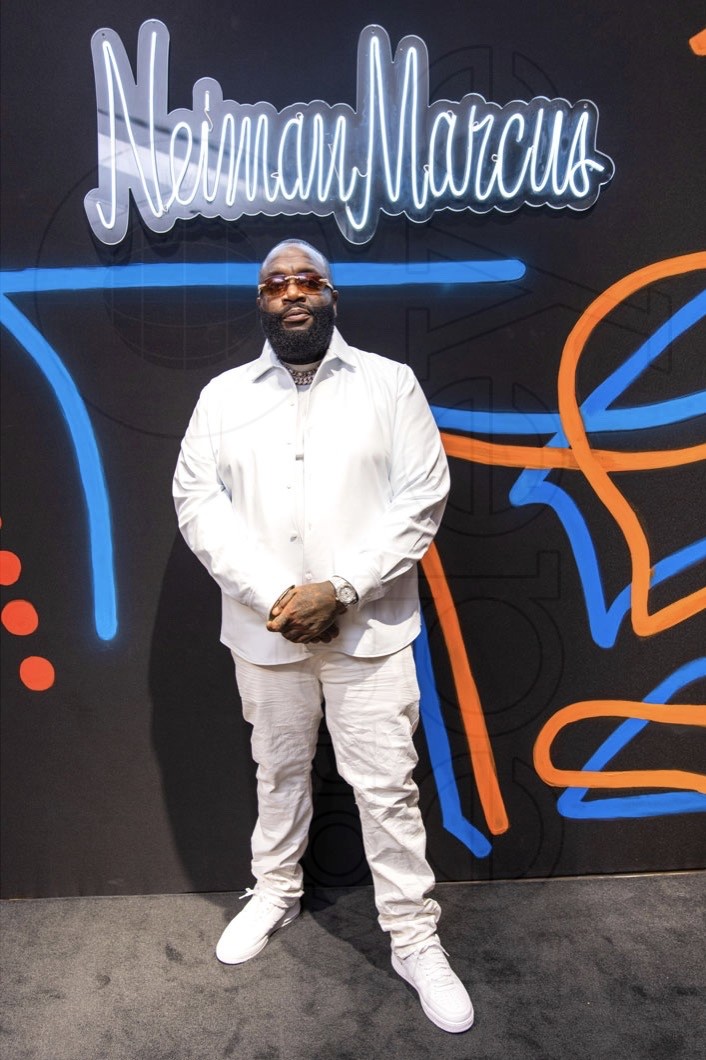 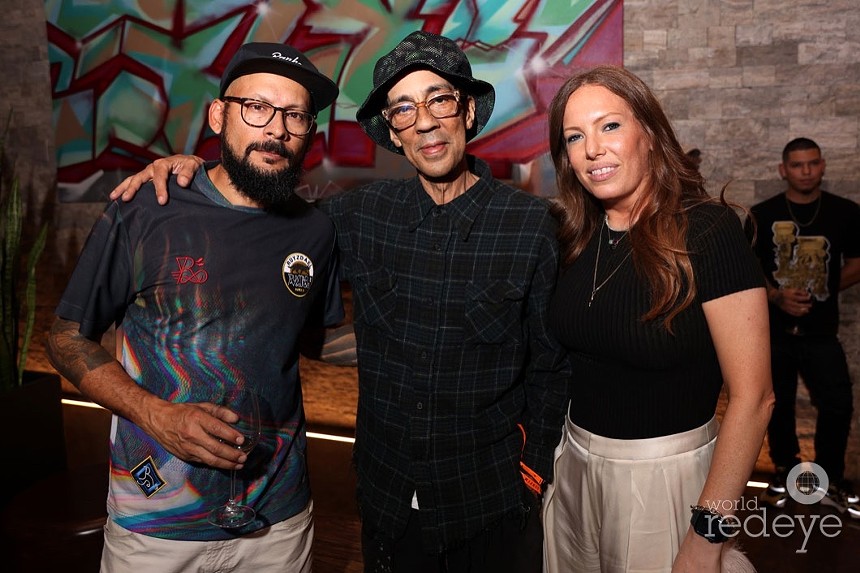 In time for Art Basel, East Miami unveiled its Art Exhibition at the hotel lobby with a selection of historic 1980s graffiti works curated by the Museum of Graffiti, including works by Fab 5 Freddy, Delta 2, Blade, Quik, Kel, and more. The hotel also hosted the Museum of Graffiti's exclusive artists' dinner, attended by leading graffiti and street artists such as Cey Adams, Jel Martinez, Gustavo Oviedo, and Vic Garcia. 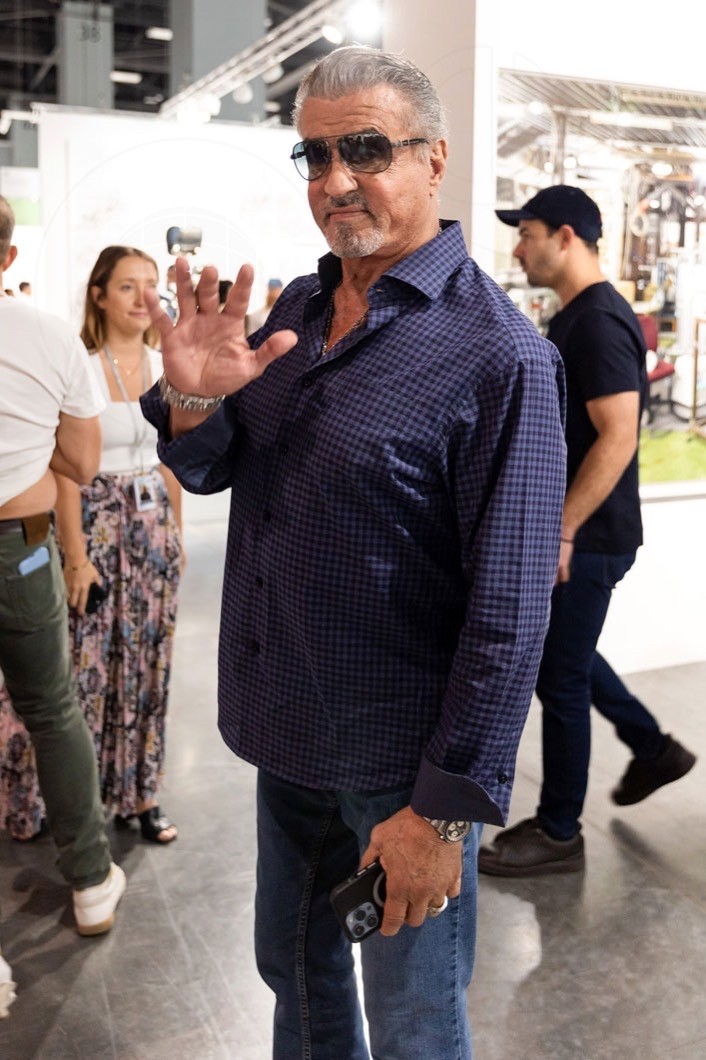 Design Miami and Art Basel are the global fora for design. Each fair brings together the most influential collectors, gallerists, designers, curators, and critics from around the world to celebrate design culture and commerce. Art Basel opened its doors on Tuesday, November 29, for the First Choice VIP access. 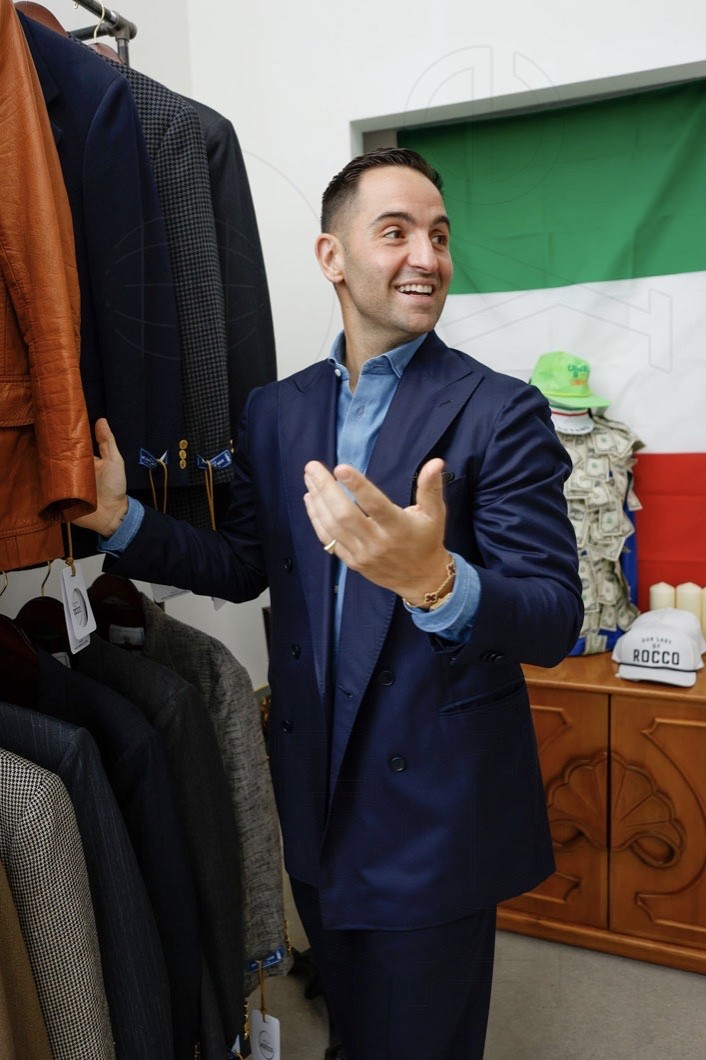 During this year's Art Basel in Miami, Mario Carbone is hosting a pop-up boutique for his brand Our Lady of Rocco (OLOR), the coveted clothing line inspired by the sartorial flair of 1980s New York City. 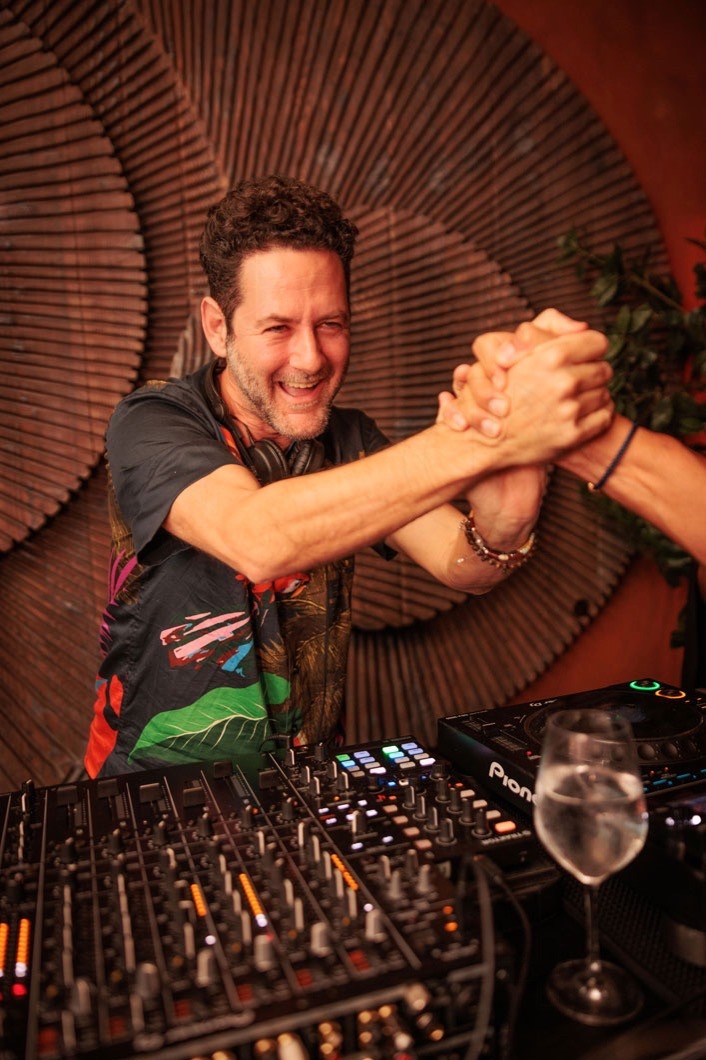 Guy Gerber took over the decks and performed at Mila Lounge, kicking off Art Basel. 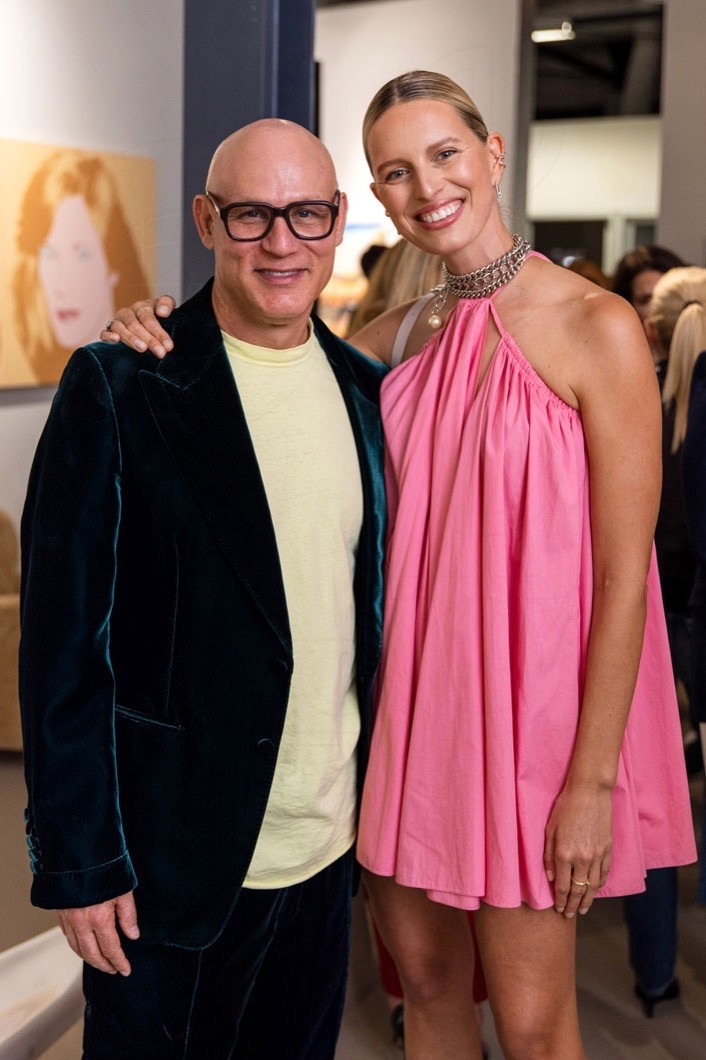 Craig Robins Hosted the Opening of His New Collection, "Two of the Same Kind," in Conjunction with Gagosian and Jeffrey Deitch's Annual Group Exhibition "100 Years"

Craig Robins hosted the opening of his new collection show, "Two of the Same Kind," in conjunction with Gagosian and Jeffrey Deitch's annual group exhibition, "100 Years." Both presentations were on view during Miami Art Week at the historic Buick Building in the Miami Design District. 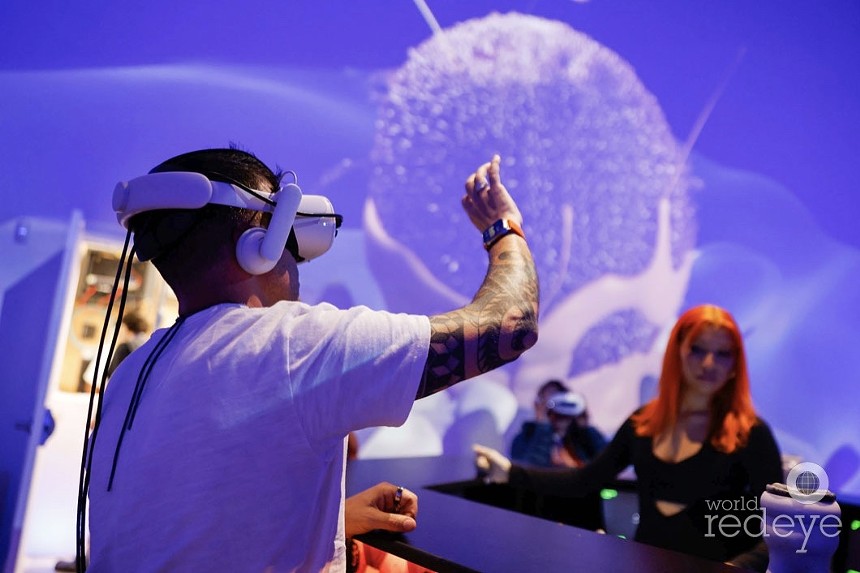 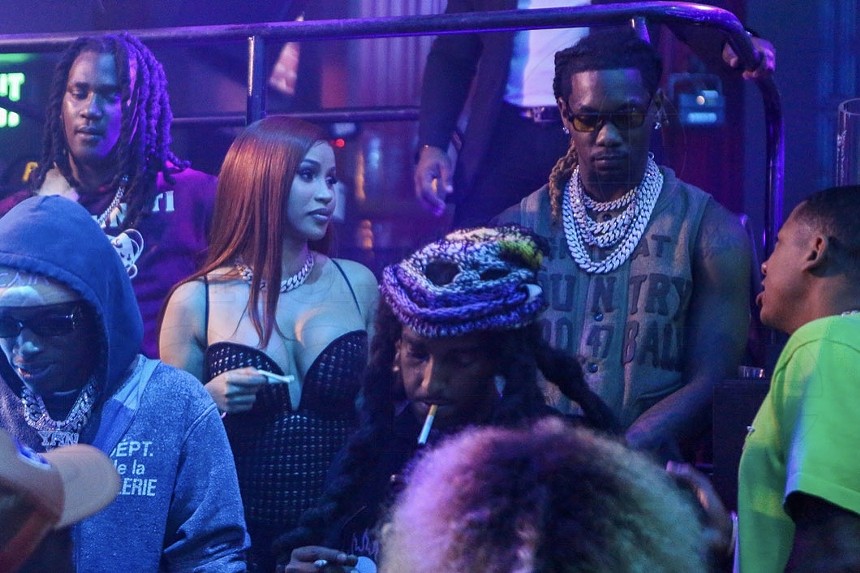 Cardi B, Offset, and Chance the Rapper at E11even Thursdays

Offset was welcomed back to E11even on Thursday, where he took over the stage and set the vibes high! Partygoers threw money in the air with Cardi B and Chance the Rapper as they ordered endless bottle parades. 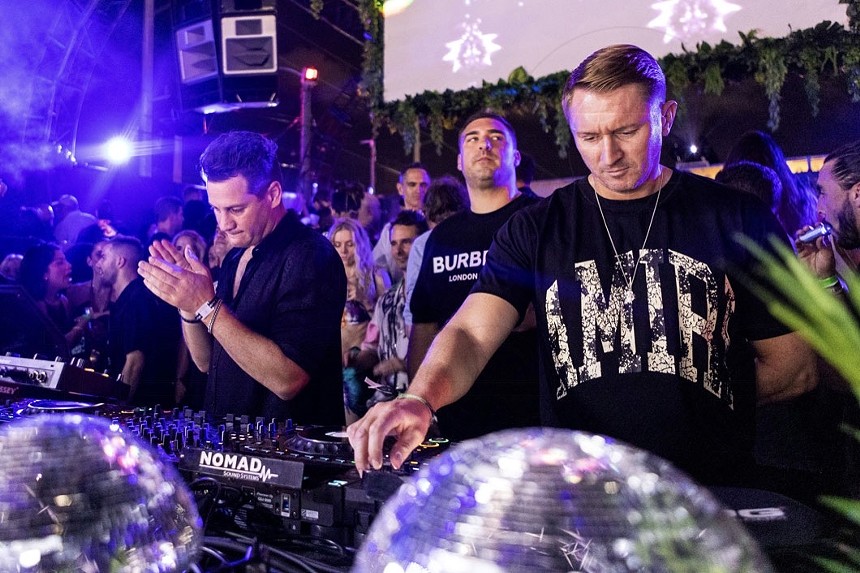 After a successful first night, guests returned to the Toejam Backlot for more music and vibes, featuring artists like CamelPhat and Kaz James. It was the second of a four-night immersive experience produced by Hurry Up Slowly, partnering with the Sandbox Game. 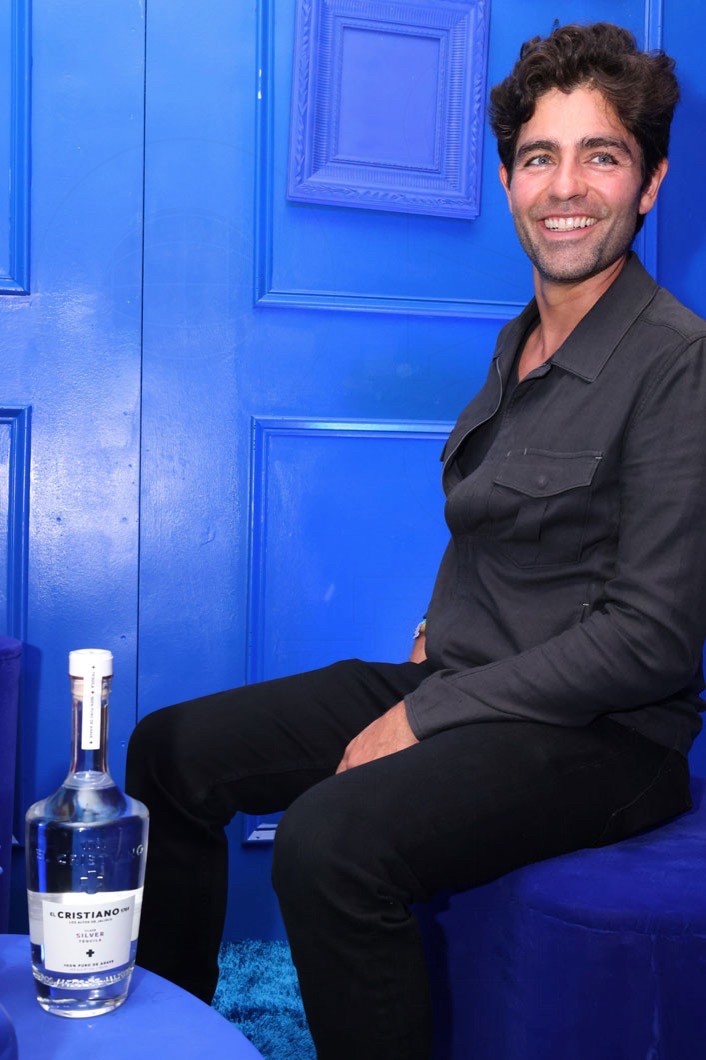 "Rock|Roll" Toast and Tour at the Miami Design District

The Miami Design District has named architect-designer Germane Barnes the winner of its eagerly anticipated annual design commission. Barnes' winning installation, "Rock|Roll," was designed to celebrate the communities who have shaped Miami's one-of-a-kind, polyethnic culture from the city's earliest foundations to today. 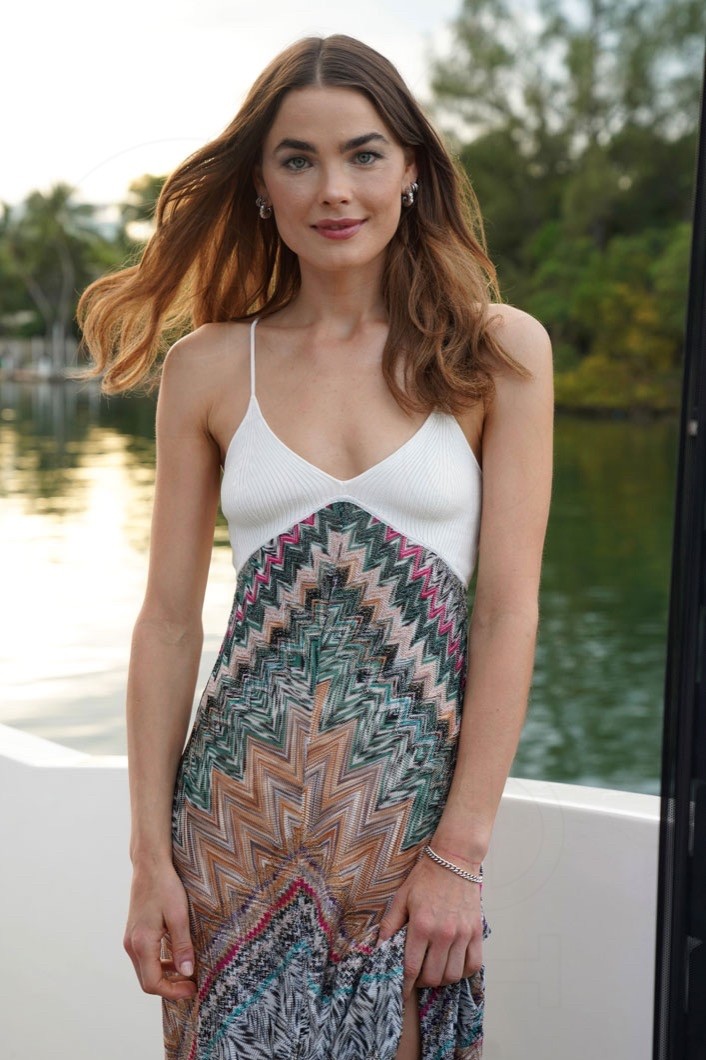 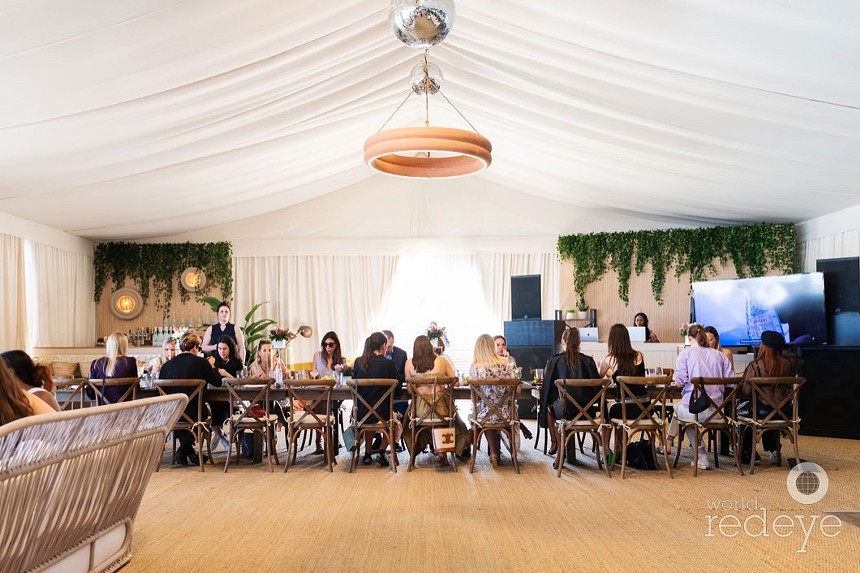 In celebration of Miami Art Week, together, Evian and Soho House hosted an intimate lunch at Soho Beach House's beach tent to celebrate the launch of two Iconic French houses coming together for the first time to create the newest limited edition Balmain x Evian bottle designed by Olivier Rousteing. 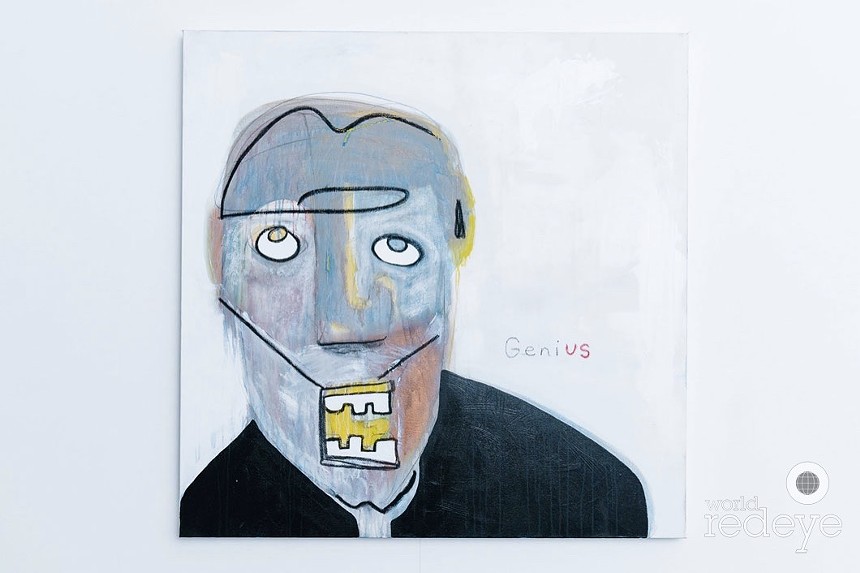 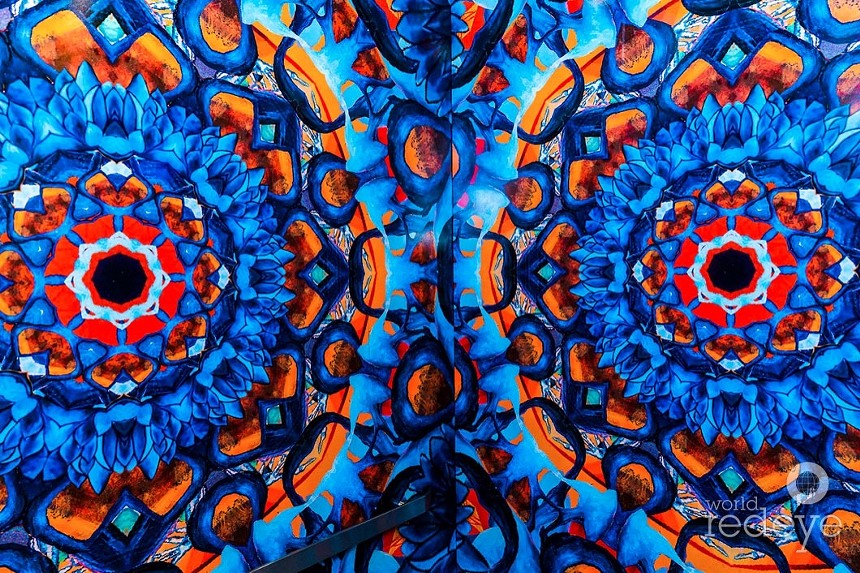 The recently opened Arlo Wynwood, the first hotel in Miami's preeminent creative and cultural district, made its Art Week debut with "The Unknown Zone" by pioneering physical and digital artist Brooke Einbender. 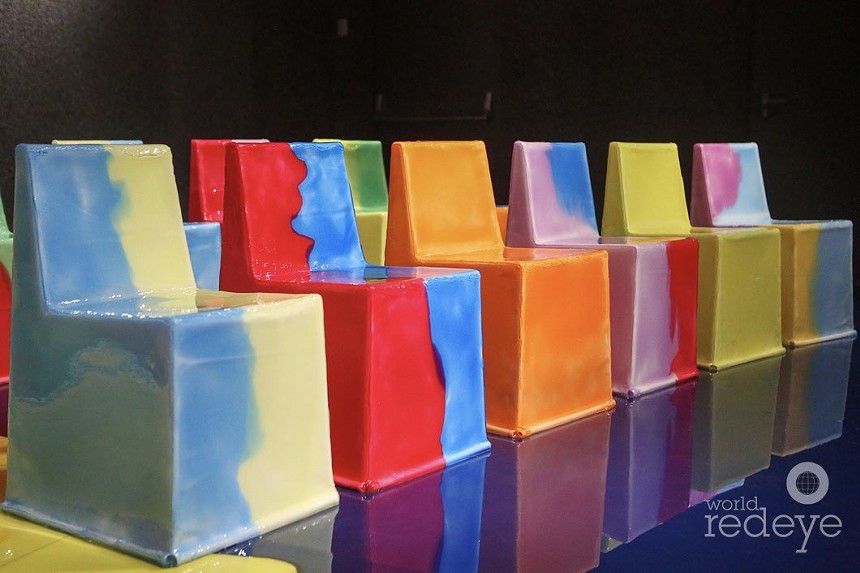 In an unprecedented commission by Bottega Veneta's creative director Matthieu Blazy, Gaetano Pesce was given carte blanche to design the space of Bottega Veneta's Summer 23 show in Milan. Comprised of a sculptural resin floor and 400 chairs, the commission is recreated as a site-specific installation during the 18th edition of Design Miami. 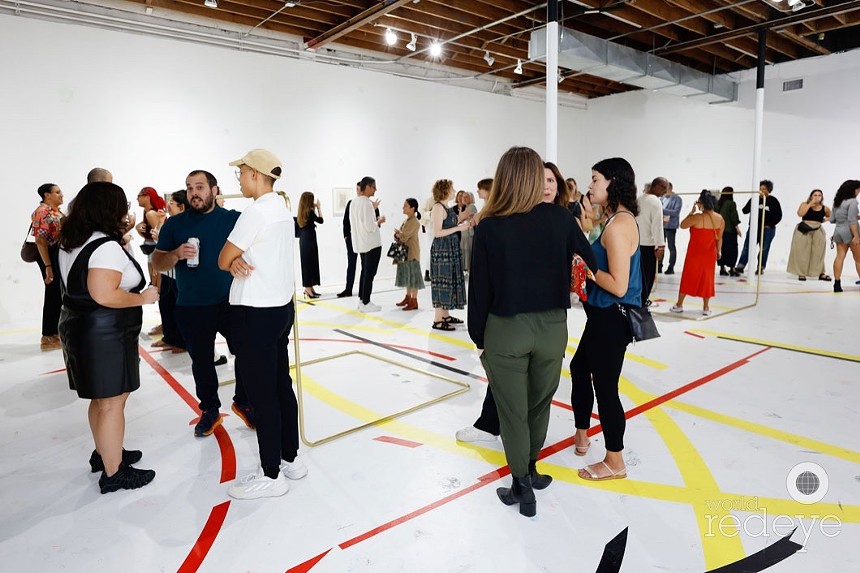 On Tuesday, November 29, Locust Projects opened its last exhibitions in the Design District, where it has been since 2009. It has recently announced a milestone move to a warehouse in Little River that will double its size and expand opportunities to artists.
KEEP MIAMI NEW TIMES FREE... Since we started Miami New Times, it has been defined as the free, independent voice of Miami, and we'd like to keep it that way. With local media under siege, it's more important than ever for us to rally support behind funding our local journalism. You can help by participating in our "I Support" program, allowing us to keep offering readers access to our incisive coverage of local news, food and culture with no paywalls.
Make a one-time donation today for as little as $1.