Vivian Holguin and Laura Buitrago World Red Eye
It's not easy having eyes all over the scene, being around to take in all the wild visuals at all the worthwhile places in the city. There are, however, those parties and gallery openings where a fortunate photographer can point and shoot. Every week, in collaboration with WorldRedEye, New Times brings you a solid recap of all the recent experiences you might have missed around Miami. It's impossible to be everywhere, but hey, we can try to keep our Eyes on Miami. 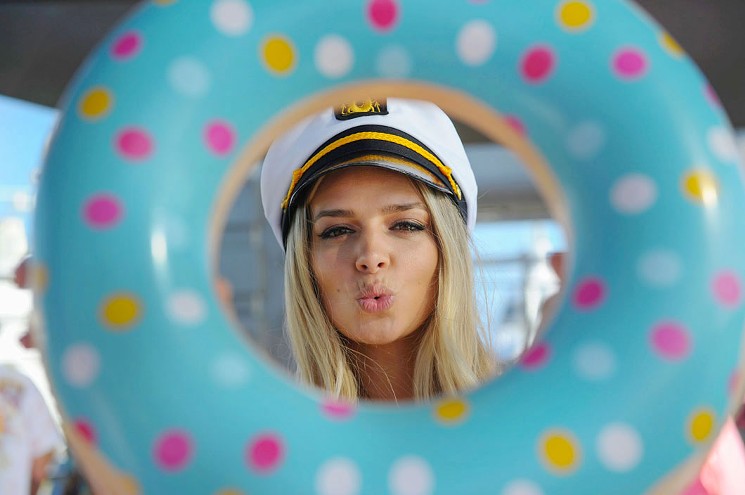 D’ussé Lounge Celebration at Jay-Z’s 4:44 Tour at American Airlines Arena: All eyes were on Jay-Z during a stop for his 4:44 Tour at the American Airlines Area. He performed the latest tracks off his 13th studio album, 4:44, on a unique 360-degree stage. Timbaland, Bow Wow, and Ed Reed were just a few of the celebrities who attended the show and sipped Jay-Z’s esteemed cognac brand, D’ussé.