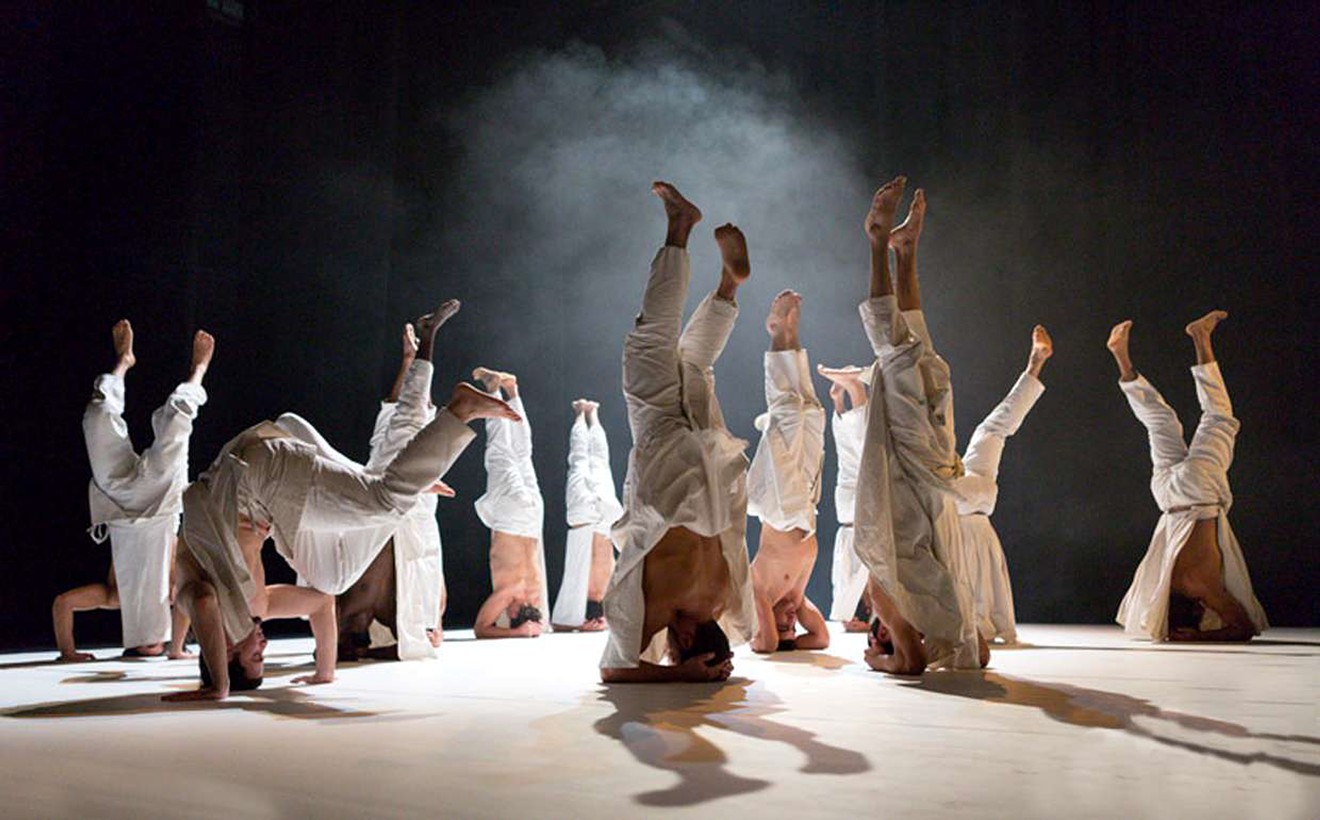 Courtesy of Jacobs Pillow Dance
He says his dance comes from his dreams. French-Algerian choreographer Hervé Koubi’s most recent work, “What the Day Owes the Night,” combines Sufi rhythms with cutting-edge b-boy moves, classical ballet, and capoeira in a work as fluid and full of grace as it is wildly athletic. One reviewer at the Washington Post raved, “Koubi can convince his audience there is no such thing as physics.”

Saturday’s performance at the Olympia Theater is the next installment of MDC Live Arts' Ojala/Inshallah series.

Koubi’s work comes out of a decade-long search to explore his past as it intersects with his present. Born in France, Koubi for years was only vaguely curious about the origins of his name. “I thought perhaps my family had roots in Brittany,” he says. At there was no Arabic language, no hint of anything Arabic. “My parents out-Frenched the French.” Koubi was in his mid-20s when his questions finally prompted his father to show him a photo of an elderly man dressed in traditional Arab garb. That was Koubi's first glimpse of his great-grandfather.

He set off to Algeria. So began a process Koubi describes as nothing short of “a reorientation of my senses.” He spent days on end simply walking through the streets “trying to feel them.” He returned again and again. Already a renowned dancer and choreographer in France, Koubi decided to create a company of exclusively Algerian dancers. “Found brothers,” he calls them.

Never before had he encountered dancers with such a commitment to learning. “Everybody who auditioned had been breakdancing in the streets. They had no formal training in classical or modern dance and were hungry to learn.”

Courtesy of Jacobs Pillow Dance
Of the 250 persons who auditioned for Koubi, 249 were male. So he began to work for the first time with an all-male assembly. He found it so compelling that a decade later, his 12-member company, Cie, remains all-male.

Koubi finds inspiration for his choreography in Arabic calligraphy, the motion implied in its dramatic strokes. Likewise, he is moved by the searching inherent in Sufism and its whirling dervishes, a searching based on motion.

Koubi knows he's bringing this show to America at a time of political and social discord, particularly when it comes to Arabic culture. So far, there have been no protests. “Audiences have only applauded,” he says. He is being modest. There has been nothing but standing ovations.