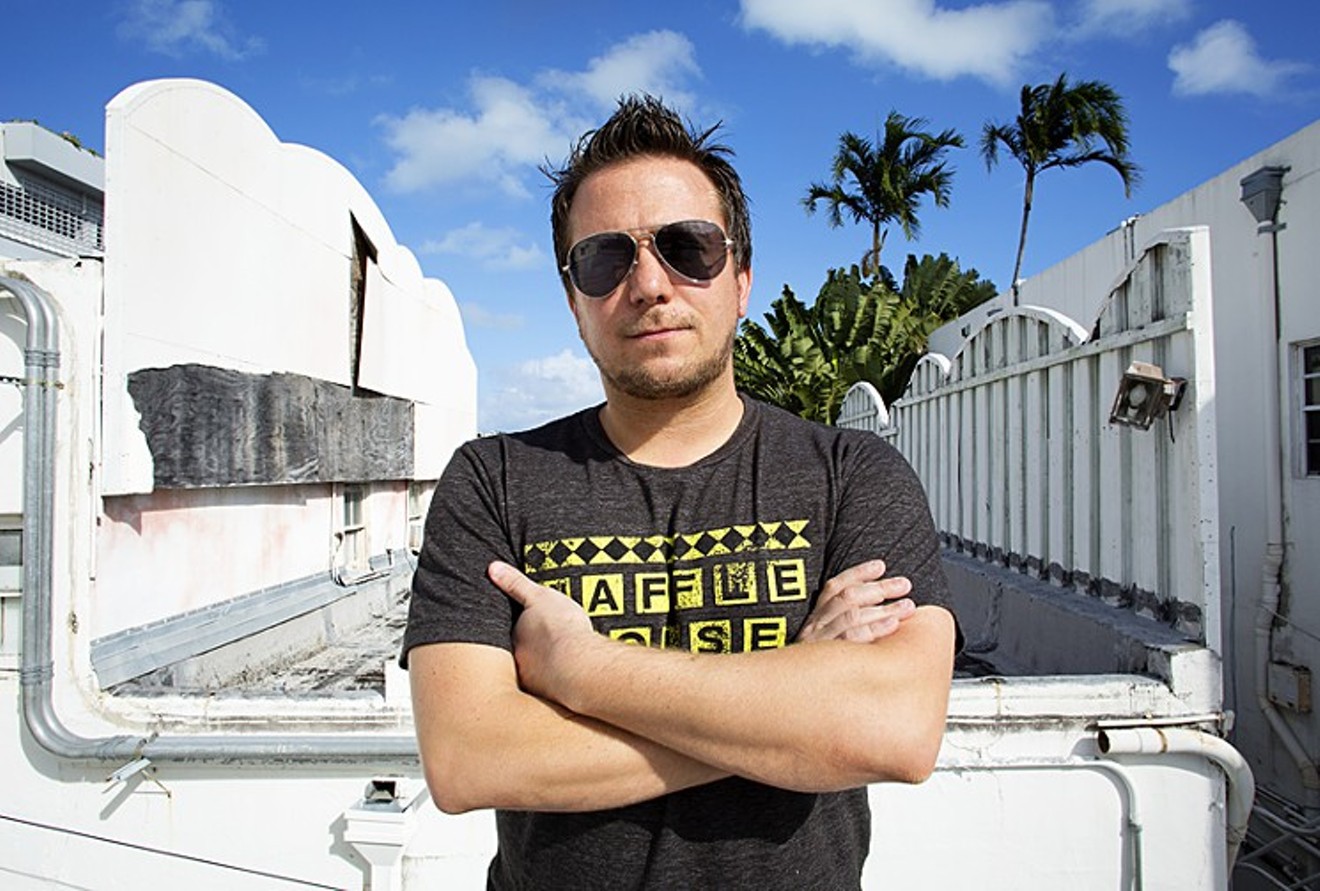 Billy Corben Photo by Stian Roenning
For fans of Billy Corben and the content that his Miami-based Rakontur Studios continues to kick out, this latest bit of Twitter news will be music to their ears: A installment of Cocaine Cowboys, Rakontur's Miami-centric illegal-drug-trade series, is in the works. The latest work could even hit the small screen within the year.

The newest chapter, according to Corben, will be the docuseries Cocaine Cowboys: Los Muchachos and will tell the story of Willy Falcon and Sal Magluta, the biggest Cuban cocaine smugglers in history.

There had been of the Los Muchachos project for some time — New Times even teased of existence in 2012. Corben confirmed the rumors on Twitter this past  after a fan asked if any new Cocaine docs were in the works.

According to Corben, the story of the South Florida Cuban cocaine kingpins is where the entire Cocaine series began.

"It was actually the original inspiration for Cocaine Cowboys. We intended for it to be the first chapter," Corben tells New Times. "Alfred [Spellman, Corben's producing partner] grew up very close to the federal case against Willy and Sal." Spellman knew an attorney who worked on the case, who happened to be the father of his best friend. "Our first time in the original federal courthouse was to watch some of Sal's second trial. On-camera access was a challenge at the time, though, because it was still so fresh. So we decided to make Cocaine Cowboys about Miami in the 1980s and the cocaine trade, more generally, and pursued different people to tell the story."

Corben says that for years, fans of his Cocaine Cowboys series have asked him to produce something about the Cubans' role in the illegal drug trade in Miami. That prodding, along with some inspiration from a former New Times writer, is what really got Los Muchachos off the ground.

"The seminal writing on Willy and Sal from 1992 to 1999 was done by Jim DeFede at Miami New Times. We followed it religiously," Corben says.
"Living in Miami through the years, when people talk to us about Cocaine Cowboys, they always say, 'Bro! What about the Cubans, bro? Show some love to the Cubans!' So this is our Cuban-crime-family saga."

The story of Los Muchachos differs drastically from the Wild West characters and actions depicted in the first two Cocaine films.

"It's not about the violence that turned Miami upside-down," Corben explains. "It's a story about a family business and men who were so well loved and respected by their community — despite their being the godfathers of a multibillion-dollar cocaine-trafficking business — that they were able to corrupt a federal jury in one of the most notorious and outrageous events in the history of the American justice system."

There's no set date for the debut of the newest installment. Though fans still have some waiting to do before they get to see the third work in the Cocaine series, Corben says his production group has taken its time for good reason.

"We've been working on it for years, shooting interviews whenever we had the time and/or money. It's been a labor of love for us. And now we're finally finishing it, and it's a six-part epic."