Munich has canceled Oktoberfest again this year. But Miami is going full steam ahead with the German celebrations. If you love beer, games, and all things pumpkin, then you'll love the four-day Wynwood's Octoberfest, presented by Samuel Adams. Wynwood Marketplace will transform into a German town, complete with a photo booth and beer hall, pumpkin-themed everything, dog-friendly activities, and more. The festival is free, with a free beer included with RSVP. Thursday through Sunday, at Wynwood Marketplace, 2250 NW Second Ave., Miami; wynwoodoctoberfest.com. Admission is free. Ashley-Anna Aboreden

Edge-of-Wynwood venue Las Rosas goes hard with its Miami Metal Show on Thursday. On the bill are Ejecutador, Bullethorn, Malware, and Errtaix. Local trio No Coffin will also be celebrating the release of its second EP, All Life Must End, which drops on Friday. The band is known for combining sludge, thrash metal, and hardcore into a chaotic sonic assault. So, yes, bring earplugs. 8 p.m. Thursday, at Las Rosas, 2898 NW Seventh Ave., Miami; 786-780-2700; lasrosasbar.com. Admission is free. Jose D. Duran

Country music superstar Sam Hunt lands at Hard Rock Live on Thursday. Last year, the Georgia native released his sophomore effort, Southside, and was scheduled to embark on a summer tour before it was scrapped by the pandemic. Hunt will finally get the opportunity to showcase his latest tunes to South Florida country fans — hits like "Kinfolks," "Hard to Forget," and "Breaking Up Was Easy in the '90s." The album won critical acclaim, landing atop New York Times music critic Jon Caramanica's "Best Albums of 2020" list. 8 p.m. Thursday, at Hard Rock Live, 1 Seminole Way, Hollywood; 954-797-5531; seminolehardrockhollywood.com. Tickets cost $45 to $135 via ticketmaster.com. Jose D. Duran

Un_Mute and Jezebel have joined forces to bring French DJ Janeret to ATV Records on Thursday. An up-and-coming star of the Parisian scene, Janeret (AKA Mickael Jeanneret) is currently signed to Yoyaku, which, with its roster of proven scene veterans and trailblazers of the underground European minimal movement, has created a reputation for generating certifiable EDM gold. 11 p.m. Thursday, at ATV Records 1306 N. Miami Ave., Miami; 305-456-5613 atvrecords.com. Tickets cost $20 to $40 via ra.co/event. Olivia McAuley

Though it usually takes place in April, Miami Beach Pride was pushed back to September by the pandemic. This year, organizers decided it was time to make sure all members of LGBTQ+ identities are represented at Pride. In addition to the Pride parade itself on Sunday, September 19, there'll be the Legendary Ball, hosted by Pose's Jason Rodriguez, and a Latin-music-focused stage headlined by Mexican pop star Paulina Rubio. It all kicks off Friday with the raising of the Pride flag at Miami Beach City Hall. Friday through September 19, at various locations; miamibeachpride.com. Ticket prices vary depending on the event. Ashley-Anna Aboreden

Mogul Mowgli is the powerfully rendered story of a London-based Pakistani rapper played by award-winning actor Riz Ahmed. On the cusp of blowing up, the young artist's trajectory is diverted when he is struck by a debilitating autoimmune disease. The stark film, examining family and legacy, is the debut narrative effort by documentarian Bassam Tariq, written in collaboration with Ahmed. Catch the film on the big screen at the historic Tower Theatre on Friday. 7 p.m. Friday, at Tower Theater, 1508 SW Eighth St., Miami; 305-237-2463; towertheatermiami.com. Tickets cost $12.75. Olivia McAuley

On Friday, Louisville rapper Jack Harlow headlines at the Fillmore Miami Beach as he embarks on his first tour in more than two years. Since signing to Don Cannon and DJ Drama's Atlantic Records imprint Generation Now, the artist has kept his name on the charts with singles like "Whats Poppin" and cemented his up-and-coming status with his debut album, That's What They All Say. Rappers Babyface Ray and Mavi will serve as openers for the show. 8:30 p.m. Friday, at the Fillmore Miami Beach at the Jackie Gleason Theater, 1700 Washington Ave., Miami Beach; 305-673-7300; fillmoremb.com. Tickets cost $29.50 to $59.50 via livenation.com. Olivia McAuley

Imagine a day dedicated to your favorite houseplants. If the words "monstera," "ZZ," and "philodendron" get you excited, then Fairchild Tropical Botanic Garden's 44th-annual International Aroid Show and Sale is for you. Besides being able to browse and purchase some of your favorite plants, you'll also have the opportunity to meet fellow plant lovers. Meet and interact with aroid researchers, breeders, growers, hobbyists, and personalities all day. 10 a.m. to 4 p.m. Saturday and Sunday, at Fairchild Tropical Botanic Gardens, 10901 Old Cutler Rd., Coral Gables; 305-667-1651; fairchildgarden.org. Tickets cost $24.95. Ashley-Anna Aboreden

Want a true South Florida experience? Catching a game of jai-alai is a must. As part of HistoryMiami's Cultural Encounter series, "Discover Jai-Alai at The Casino at Dania Beach Fronton" will give guests a behind-the-scenes look at the fastest sport in the world, allowing them to explore the arena led by former jai-alai superstar Benny Bueno, enjoy a meet-and-greet with players, and tour the locker room. Guests can learn about the history and tradition of the game and even try their hand at it by stepping onto the court to catch and throw a ball using professional equipment. 2:30 p.m. Saturday, at the Casino at Dania Beach, 301 E. Dania Beach Blvd., Dania Beach; 954-920-1511; casinodaniabeach.com. Tickets cost $35 to $40 via historymiami.org. Olivia McAuley

If you like a bit of chaos with your comedy, look no further than Roulette Comedy Open Mic Night, presented by Nomadic X Comedy, at the Anderson. The rules are simple: There are no rules. Comedians and improvisers simply converge on the venue, where their names will be chosen at random to head to the stage for a five-minute set, whatever it may be, all for the audience's pleasure. 6:30 p.m. Saturday, at the Anderson Miami, 709 NE 79th St., Miami; 786-401-6330; theandersonmiami.com. Admission is free. Olivia McAuley 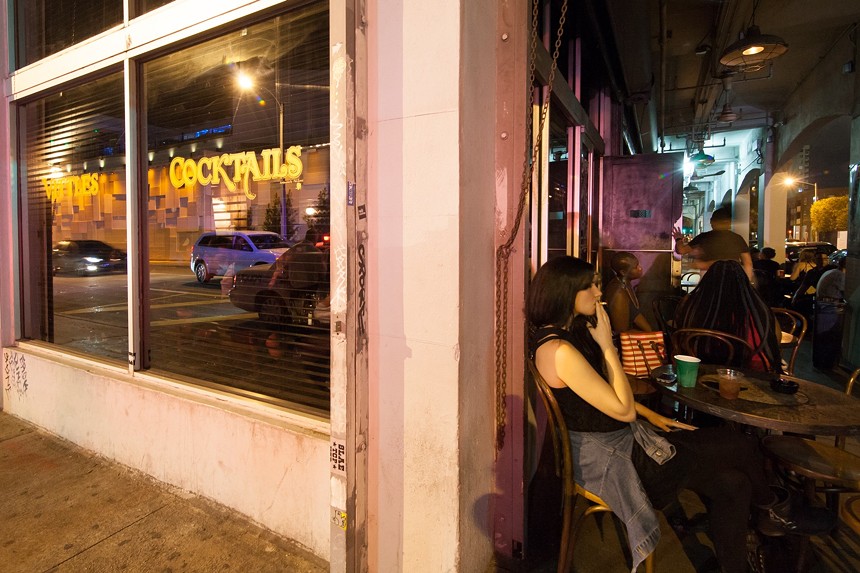 The Candlelight Concert series pays tribute to the legendary French electronic duo Daft Punk, featuring a program of all-time favorite tracks, performed by the Nu Deco Nucleus, a micro-version of the Nu Deco Ensemble. The concert will take place at the North Beach Bandshell, complete, of course, with the event series' classic ambiance created by a sea of candles. Expect to hear classical reinterpretation of hits like "One More Time," "Get Lucky," and "Around the World." 7:30 p.m. Sunday, at the North Beach Bandshell, 7275 Collins Ave., Miami Beach; 305-672-5202; northbeachbandshell.com. Tickets cost $62 to $97 via feverup.com. Olivia McAuley

Downtown watering hole the Corner hosts Night Shift, a night of goth, postpunk, and dark-wave music, on Sunday. DJs Rippin Kittin and Shirl Legion will spin the moody tunes well past the time you need to be in bed in order to make it to work on Monday morning. Good thing the Corner offers a late-night menu of bar snacks and sandwiches that pair perfectly with its expertly made cocktails. 10 p.m. Sunday, at the Corner, 1035 N. Miami Ave., Miami; 305-961-7887; thecornermiami.com. Admission is free. Ashley-Anna Aboreden

Cure the Monday blues with a chill music experience at Edgewater hot spot Lagniappe. The week kicks off with a performance by the Keegan Mathews Trio. The band consists of Juna Serita on electric bass, Derek Engstrom on drums, and Orlando native Keegan Mathews on synth. The trio's sets usually explore the sounds of Austin Peralta, Thundercat, Herbie Hancock, and Prince mixed with some original compositions. 9 p.m. Monday, at Lagniappe, 3425 NE Second Ave., &etilde;Miami; 305-576-0108; lagniappehouse.com. Admission is free. Ashley-Anna Aboreden