Still Woozy at Oasis Wynwood: See Monday Photo courtesy of Oasis Wynwood
Editor's Note: Beginning this week, New Times' "Best Things to Do" event guide will be published every Monday. On Thursday, keep an eye out for our guide to weekend events.

Singer-songwriter Still Woozy (AKA Sven Eric Gamsky) makes landfall at Oasis Wynwood for his If This Isn’t Nice Tour on Monday. The Oakland native is known to dismiss genre constraints to build his experimental pop sound. Since debuting his solo project in 2019, the erstwhile member of the math-rock band Feed Me Jack released a debut studio album, If This Isn't Nice, I Don't Know What Is, which features tracks like “Window” and “Rocky,” in 2021. Opening the show: indie-pop artist Legwurk. 8:30 p.m. Monday, at Oasis Wynwood, 2335 N. Miami Ave., Miami; oasiswynwood.com. Tickets cost $35 to $100 via tixr.com. Sophia Medina

Los Angeles rock band Wallows stops at the Fillmore Miami Beach for its Tell Me That It’s Over Tour, celebrating its latest album of the same name. Bedroom-pop musician Jordana serves as the night's opener. Wallows consist of Dylan Minnette, Braeden Lemasters, and Cole Preston and had its start with the release of the single “Pleaser,” which reached number two on the Spotify Global Viral 50 Chart. Since 2017, the trio has released two studio albums, including its debut, Nothing Happens. 8 p.m. Tuesday, at the Filmore Miami Beach, 1700 Washington Ave., Miami Beach; 305-673-7300; fillmoremb.com. Tickets cost $37.50 to $45 via livenation.com. Sophia Medina 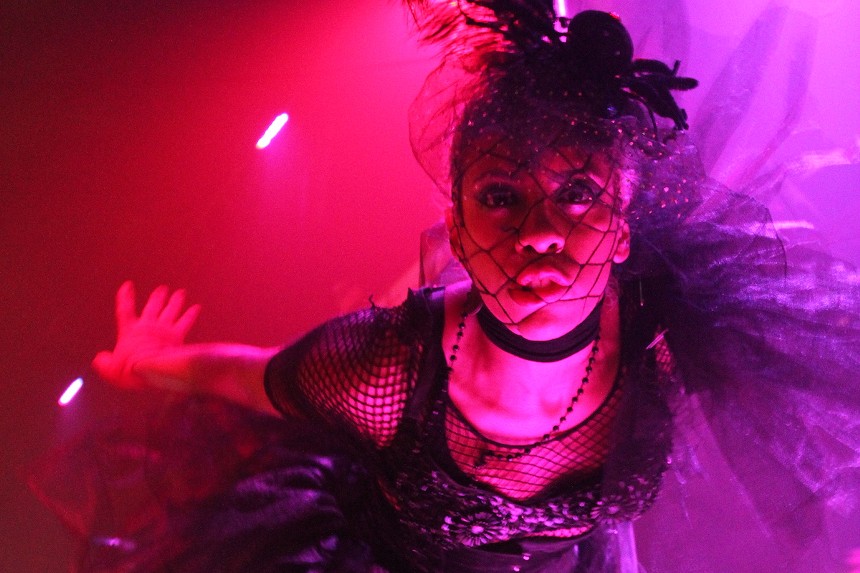 On Wednesday, Fetish Factory, South Florida's long-standing fetish retail shop, kicks off the 25th annual Florida Fetish Weekend at the Westin Fort Lauderdale. Throughout the week, guests will have the chance to dive into their fantasies (with proper consent, of course) as they will experience over nine parties with music, fashion, and fun. If your only knowledge of fetish, bondage, and general S&M comes from material like Fifty Shades of Grey, you might be unprepared for what an actual fetish event looks like. Come with an open mind and be respectful — this isn't a sex party but a way to express yourself freely and without judgment. Wednesday through Sunday, at Westin Fort Lauderdale, 400 Corporate Dr., Fort Lauderdale; fetishfactory.com/florida-fetish-weekend. Tickets cost $30 to $300. Sophia Medina

If you haven't seen erstwhile Beatle Paul McCartney onstage, here's your chance. The former Fab Four and Wings frontman brings his Got Back Tour to Hard Rock Live on Wednesday night. With a capacity of 7,000, the venue is one of the most intimate of the tour; McCartney can easily sell out an arena. The music legend is joined by his longtime backing band, which includes Paul “Wix” Wickens (keyboards), Brian Ray (bass/guitar), Rusty Anderson (guitar), and Abe Laboriel, Jr. (drums). 8 p.m. Wednesday, at Hard Rock Live, 1 Seminole Way, Hollywood; 954-797-5531; seminolehardrockhollywood.com. Tickets cost $105 to $705 via ticketmaster.com. Ashley-Anna Aboreden 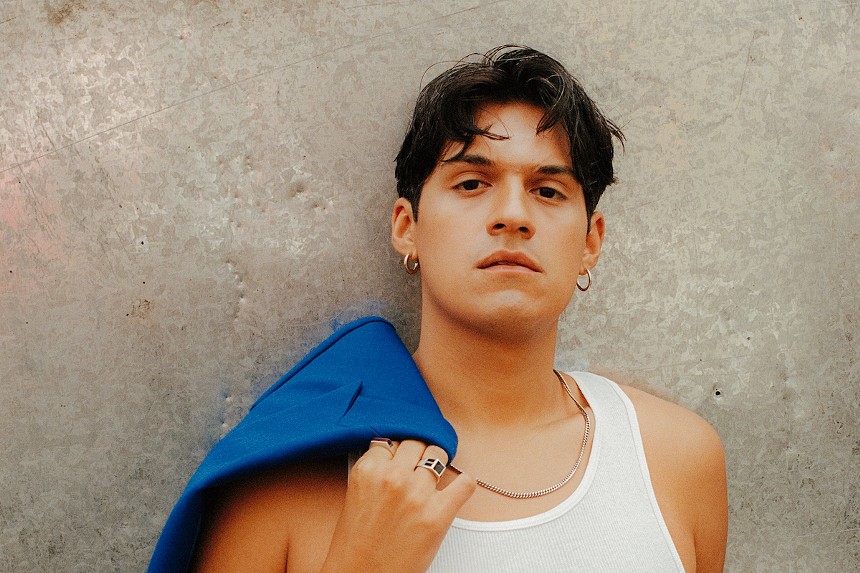 Mexican-American singer-songwriter Omar Apollo was scheduled to perform at Space Park last year when the tour was canceled. It wasn't the pandemic's fault; instead, Apollo was busy in the recording studio, having pressed reset on the work he'd done so far. The delay allowed him to finish his debut album, Ivory, as he saw fit. Now he's fulfilling that broken promise he made in 2021 when he stops in Miami along with Deb Never. 7 p.m. Thursday, at Space Park, 298 NE 61st St., Miami; spaceparkmiami.com. Tickets cost $30 to $35 via eventbrite.com. Ashley-Anna Aboreden

On Friday, witness the triumphant return of Bright Eyes when the indie-rock band stops at the Fillmore Miami Beach. After a nine-year hiatus, they're reuniting with their fans via a catalog of their greatest hits, including tracks off 2020's comeback album, Down in the Weeds, Where the World Once Was. Bright Eyes made its debut in 1998, with lead vocalist and guitarist Conor Oberst spearheading the music project alongside band members Mike Mogis and Nate Walcott. In 2011, the members parted ways to pursue their solo projects. The band is best know for songs like “First Day of My Life,” “Lua,” and “Road To Joy,” from 2005's I’m Wide Awake, It’s Morning. 8 p.m. Friday, at the Filmore Miami Beach, 1700 Washington Ave., Miami Beach; 305-673-7300; fillmoremb.com. Tickets cost $42.50 to $58.50 via livenation.com. Sophia Medina

Riot grrrl legend Bikini Kill makes some major noise at the Ground on Friday and Saturday. Since the early '90s, the band has been pushing boundaries, proving that women deserve a place at the punk-scene table. Bikini Kill disbanded in 1997, but in 2019, original members Kathleen Hanna, Tobi Vai, and Kathi Wilcox restarted the project with South Florida native Erica Dawn Lyle joining the ranks. Today, the band continues to empower women through its music, including its 1993 debut Pussy Whipped, featuring the musical manifesto “Rebel Girl.” 8 p.m. Friday and 7 p.m. Saturday at the Ground, 34 NE 11th St., Miami; thegroundmiami.com. Tickets cost $39.95 via eventbrite.com. Sophia Medina

Mexican-born comedian and actor Felipe Esparza holds court at the Miami Improv for a three-night, five-show stint at the Doral comedy club. Despite a history of substance abuse and poverty, Esparza went on to win NBC's Last Comic Standing, which sparked his overnight success. Since then, he's made appearances on shows like Gentefied, The Eric Andre Show, and Superstore. 8 and 10:30 p.m. Friday, 7 and 9:30 p.m. Saturday, and 8 p.m. Sunday, at Miami Improv, 8300 NW 36th St., Doral; 305-441-8200; miamiimprov.com. Tickets cost $25. Ashley-Anna Aboreden

Marvel at the military as they take off into the sky and power through the ocean waves with the latest technology at the Hyundai Air & Sea Show on Miami Beach. Servicemen and -women, as well as first responders, will join together to put on a show to honor those who've sacrificed their lives for their country. The two-day event includes an air and boating show, watersports activities, and an action zone, among other opportunities for amusement. A military village will house various exhibitions, including a motocross performance. Attendees can elevate their entertainment experience at the LiquorSplit Beach Club, which includes private front patios and seating, as well as a variety of food and beverages. 11 a.m. Saturday and Sunday, at 1001 Ocean Dr., Miami Beach; usasalute.com. Tickets cost $45 to $350 via seetickets.us. Sophia Medina

Billed as a water-themed anime, gaming, Japanese culture, and arts convention, Mizucon splashes at the Hilton Blue Lagoon Miami Airport Hotel over Memorial Day weekend. During the three-day event, conventiongoers will encounter mermaids, swords, fire dancing, panels, and cosplay. (It's also perhaps the best time to bring back the seapunk aesthetic.) Workshops include "Cosplaying on a Budget," "Anime Jeopardy," and "Embroidery 101," as well as a guest appearance by voice actress Kayli Mills (Hunter x Hunter and Genshin Impact) and a maid café (if you're unfamiliar with the concept, Google it). Noon Saturday and 9 a.m. Sunday and Monday, at Hilton Miami Airport Blue Lagoon, 5101 Blue Lagoon Dr., Miami; mizucon.com. Tickets cost $30 to $500. Jose D. Duran

Plack Blague makes what founder Raws Schlesinger calls “leather-induced electronic body music,” and the act is headed to Gramps on Saturday to give the audience exactly that. The Nebraska-based band's music falls somewhere between the sound of Depeche Mode and that of Nine Inch Nails — with a heavy dose of leather-daddy aesthetic. Opening the show is S Y Z Y G Y X, the synth-based project of Luna Blanc. 8 p.m. Saturday, at Gramps, 176 NW 24th St., Miami; gramps.com. Tickets cost $15 via eventbrite.com. Ashley-Anna Aboreden

Despite what some bad-faith actors will tell you, the queer community's pushback against the norms and constraints surrounding gender — which aren't things you're born with but learn — is meant to challenge one's thinking about why we do the things we do and explore the alternatives to binary gender expression. The event that best encapsulates that ethos is Gender Blender (it's in the name, for God's sake!). The queer party celebrates its fifth anniversary at Las Rosas on Saturday with performances by Sin Silva, Nicky Monet, Miz Tonya, and Viola Putx, along with live music by Roxx Revolt & the Velvets, Real People, and Sandratz. Behind the decks, you'll find DJ Yung Algebra with Party Karloz fulfilling his hosting duties. 10 p.m. Saturday, at Las Rosas, 2898 NW Seventh Ave., Miami; 786-780-2700; lasrosasbar.com. Admission is free. Jose D. Duran Mr. Vegas at Best of the Best: See Sunday
Photo by Isaac Bob

On Sunday, catch the inspiring story of environmental activist and feminist Vandana Shiva when O Cinema screens The Seeds of Vandana Shiva. Produced and directed by Jim Becket, the film centers on Shiva's incredible life story, highlighting how she stood up to industrial agriculture and became a major voice in the organic food movement. A brunch offering courtesy of Green Gables Cafe precedes the viewing, which is followed by a post-film discussion with the director. 11 a.m. Sunday, at O Cinema South Beach, 1130 Washington Ave., Miami Beach; 786-471-3269; o-cinema.org. Tickets cost $27. Ashley-Anna Aboreden

Turn up the reggae at the 16th-annual Best of the Best concert at Bayfront Park. Known as one of the largest Caribbean music showcases in the city, the show brings veteran and up-and-coming dancehall, reggae, and soca acts to showcase their musical talent. This year’s lineup includes stalwarts like Beres Hammond, Cham, Chris Martin, and Mr. Vegas alongside newer acts Yakasta, 10Tik, and Laa Lee. 2 p.m. Sunday, at Bayfront Park, 301 Biscayne Blvd., Miami; bestofthebestconcert.com. Tickets cost $65 to $160 via caribtix.vbotickets.com. Sophia Medina

Submit events to [email protected] for consideration.
KEEP MIAMI NEW TIMES FREE... Since we started Miami New Times, it has been defined as the free, independent voice of Miami, and we'd like to keep it that way. With local media under siege, it's more important than ever for us to rally support behind funding our local journalism. You can help by participating in our "I Support" program, allowing us to keep offering readers access to our incisive coverage of local news, food and culture with no paywalls.
Make a one-time donation today for as little as $1.