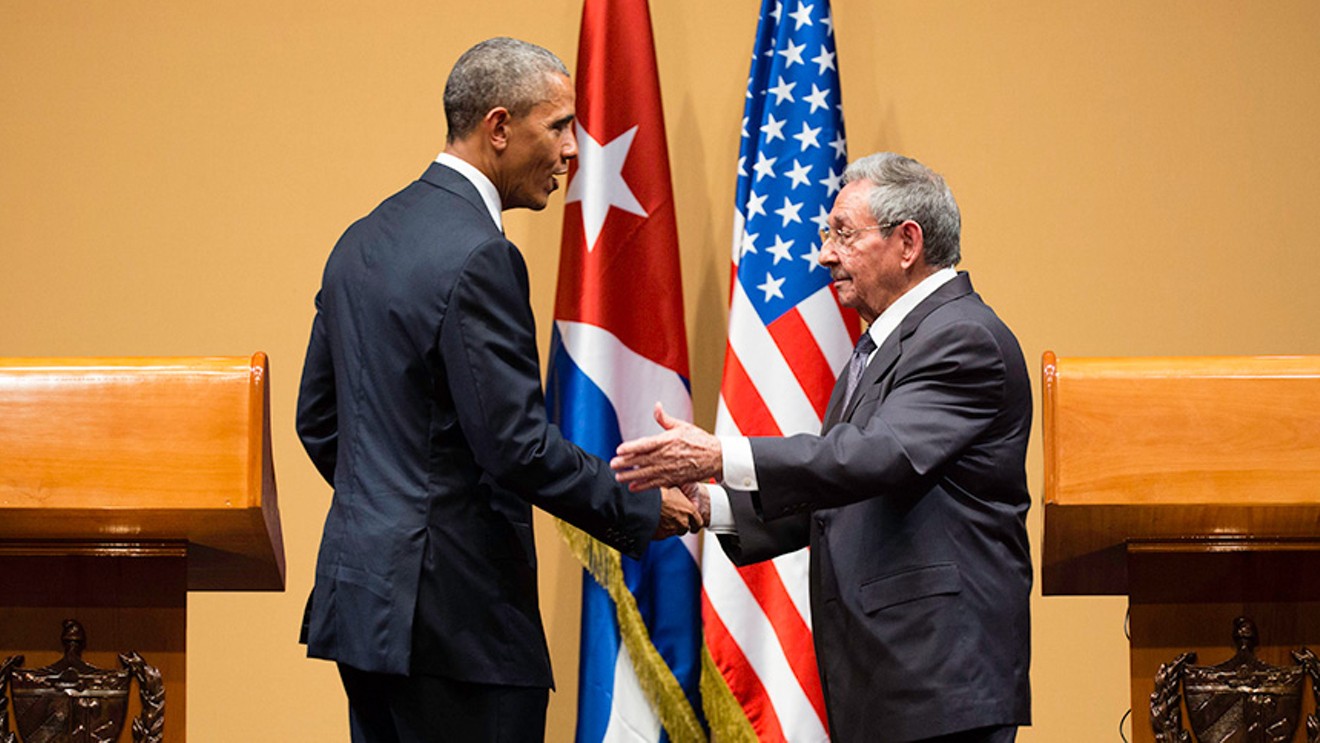 President Obama shakes hands with Cuban President Raul Castro in Havana, Cuba. Chuck Kennedy / Wikimedia Commons
The Knight Foundation holds massive sway in Miami. It's one of the biggest nonprofits in America and funds a huge number of journalistic, charity, and community initiatives around town. The foundation's last Miami program director, Matt Haggman, recently resigned to run for Congress and has been a leader in early fundraising among the eight Democrats running for the seat.

Earlier this month, the foundation announced that tech-investor Raul Moas would fill Haggman's spot. Moas has a long and accomplished resumé, but the foundation conspicuously left off one of his gigs: Namely, working on a secret government-backed project trying to foment revolution in Cuba.

The Knight Foundation's press release notes that Moas previously worked at Roots of Hope, "an international nongovernmental organization focused on youth empowerment in Cuba." But Knight failed to mention the Associated Press' 2014 investigation that found officials with a company called ZunZuneo had approached Roots of Hope to get some tech-consulting help for the app, which was billed as a "Cuban Twitter" shared via text messages. At the app's peak, about 40,000 people used the service.

In fact, the AP revealed, the entire app was a front for the U.S. government. In 2009, officials from the United States Agency for International Development (USAID) had secretly set up ZunZuneo and funded it through a complicated network of shell companies routed through the Cayman Islands.

Documents showed that USAID officials planned to initially draw users in by sharing innocuous content about sports and the weather — but later planned to use the network to spark "smart mobs" of political dissidents to take to the streets. The project was pitched as a way to foment a sort of "Cuban Spring," modeled after the so-called "Arab Spring" in 2010 that led to revolutions and mass protests in Tunisia, Egypt, Libya, Syria, Yemen, and other countries.

Government documents said ZunZuneo was designed to "renegotiate the balance of power between the state and society."

According to the AP, Roots of Hope quickly abandoned the project, but a few of the nonprofit's board members, including Moas, kept working on the project independently. The AP published memos that showed Moas flew to Denver to train ZunZuneo employees and reviewed some of the app's text messages.

It's not clear how much Moas knew about the government's secret role in creating the app or its eventual plan to use it to start a revolution. A spokesperson for the Knight Foundation said the nonprofit deemed the ZunZuneo affair "irrelevant" to Moas' new job. 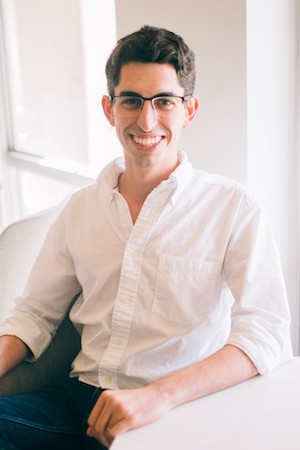 Raul Moas
The Knight Foundation
The bizarre ZunZuneo plot is just the latest in Miami's long, storied, and sometimes bloody entanglements with the Cuban government, including last year's blockbuster revelation that the feds once debated bombing Miami and blaming the attack on Fidel Castro.

Moas' hiring also comes at a strange moment for Miami's most prominent civic nonprofit, which caught flak in 2016 for funding Endeavor Miami, a nonprofit that included Chilean Ponzi schemer Alberto Chang-Raji on its board. Chang-Raji quit and fled the country after New Times and a few South American journalists outed him. Federal officials later charged Chang-Raji with securities fraud.

Knight also took at the end of last year for paying the Heritage Foundation to write a report suggesting National Public Radio and all forms of public media be defunded.

According to the AP's report, the idea for ZunZuneo began after USAID and a government contractor obtained a huge list of Cuban cell phone numbers. Cuban internet usage is still strictly monitored, but text-messaging networks are slightly more open — so in 2009, USAID began working with the outside contractor, called Creative Associates, to build the network. Money sent to Creative Associates was publicly earmarked for use on a project in Pakistan.

The app's popularity exploded rapidly on the island, and by 2010, USAID and Creative Associates realized they didn't have the programming know-how to build a country-sized social network all by themselves. The group began reaching out to various tech firms, including one Denver company called Mobile Accord, which joined in on the project. In an effort to conceal USAID's involvement, Mobile Accord in 2011 began trying to find investors to buy ZunZuneo so the network could stand on its own legs.

"If it is discovered that the platform is, or ever was, backed by the United States government, not only do we risk the channel being shut down by Cubacel, but we risk the credibility of the platform as a source of reliable information, education, and empowerment in the eyes of the Cuban people," said one Mobile Accord memo obtained by the AP.

"Several emails copied to Moas and representatives from Creative Associates, USAID and Mobile Accord mention problems with the program's website and messaging systems," the AP wrote. "Another also mentioned Moas' salary for the month of July."