Zak the Baker Launched a Falafel Pop-Up, and It May Be Here to Stay 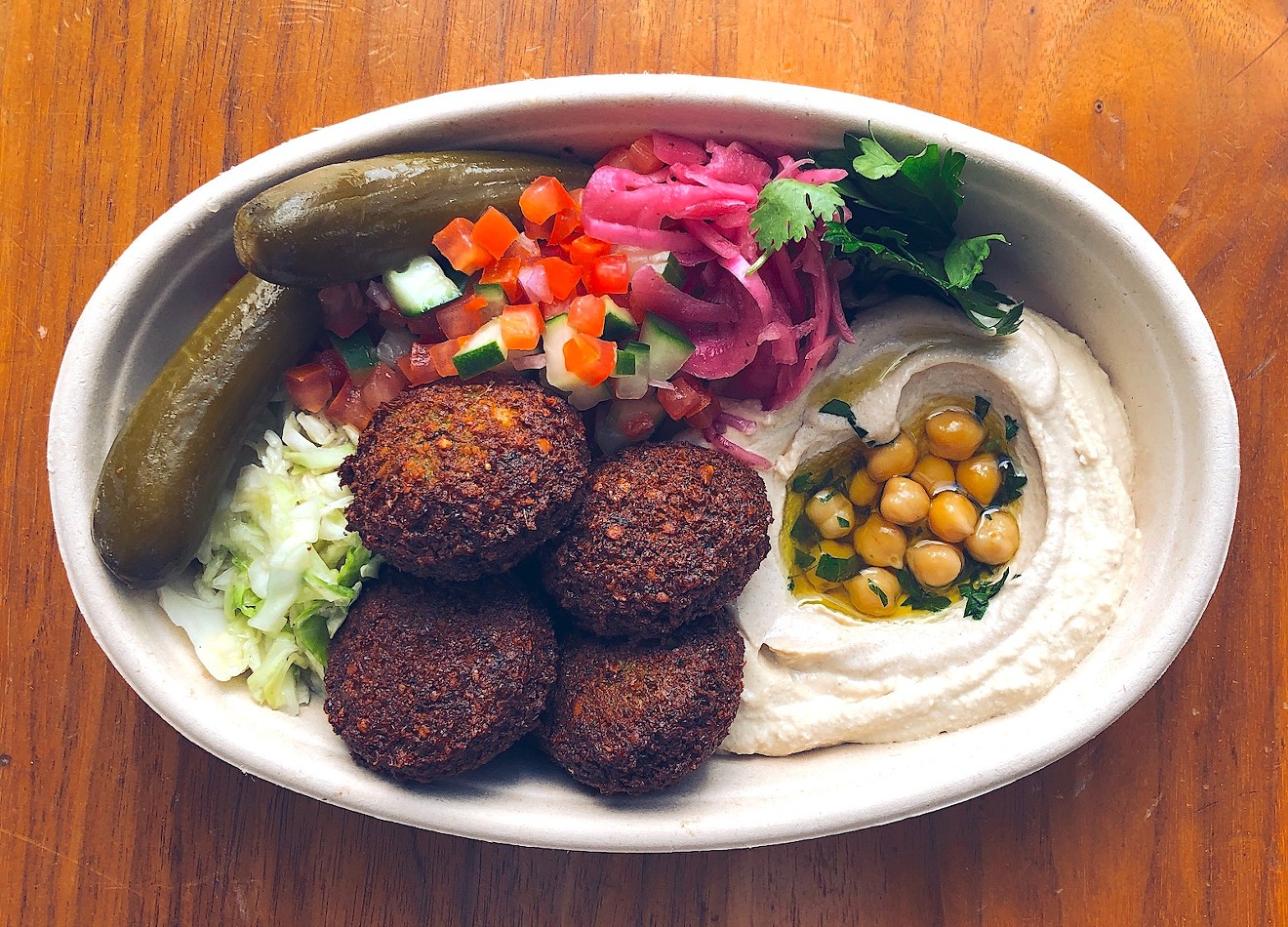 That's true for most of the pop-up's short menu, which is designed to offer Miami diners an affordable, light, flavorful take on several of Zak the Baker owner Zak Stern's most beloved meals.

Stern had long intended to launch evening food service at his Wynwood bakery, but the prospect became a project when coronavirus cut into his retail and wholesale bottom lines.

With a big team and an even bigger infrastructure, the operation requires a certain amount of volume just to sustain itself, Stern tells New Times.

"We’ve always intended on opening up in the evening to complement our breakfast and lunch service; the crisis just forced the transformation to happen sooner than we expected," Stern explains. "The drive to open up in the evening was largely fueled by our need to generate more income to help us reach the break-even point and stop losing money."

As a result, Stern created a menu meant to respond to the needs of the moment: something comforting, affordable, light, and nourishing. He asked himself, How can you escape out of the house for 20 bucks without eating a gut bomb? How can you take a break from cooking and order in for the house while still keeping it light and affordable?

"The Falafel Pop-Up allows us to be comforting and nourishing with a reasonable price point and plenty of passion to drive it," Stern says. "The goal is to make dishes that have the savory depth to satisfy that rich meat craving, without using wacky processed-meat alternatives that are more sub-ingredients than food."

The menu offers a simple, straightforward presentation of the baker's homemade vegan falafel and shawarma. Both can be ordered as a sandwich on pita bread, or as a gluten-free platter. 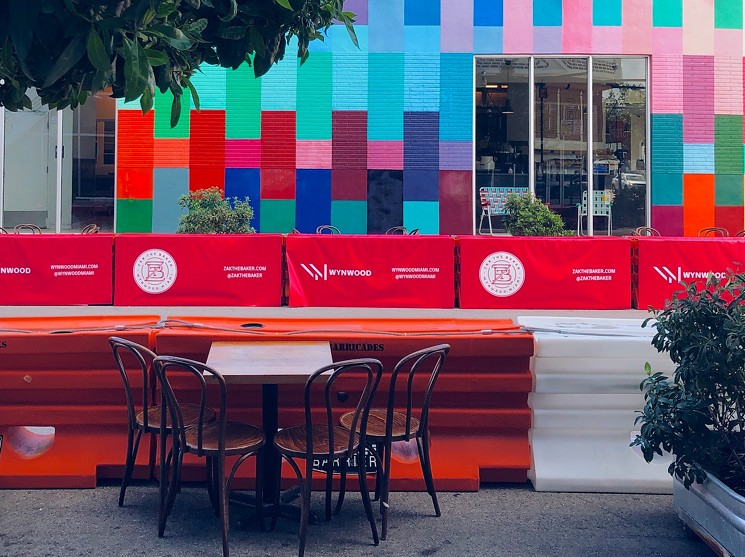 Limited outdoor seating is offered for diners looking to share their to-go pop-up meal on the premises.
Photo by Zak Stern / Zak the Baker
There's also hummus and Stern's take on the sabich, an Israeli sandwich based on a traditional Iraqi-Jewish dish typically served on Shabbat morning, which consists of pita stuffed with fried eggplant, hard-boiled eggs, Israeli salad, and tahini.

Both the falafel and mushroom-based shawarma are naturally vegan, but the falafel is the star of the show, designed to be crisp on the outside, fluffy on the inside, and spiced to bring depth and warmth to the blend of ground chickpea and parsley. The pita, of course, is made in-house daily, and the aroma of freshly baked bread wafts from the kitchens each afternoon.

"It should have a crumb so soft and webbed that you wanna curl up inside it and take a nap," Stern says. "The rest is just bright crunchy salads and creamy sesame tahini, finished with your choice of three different hot sauces all made in house."

For now, Stern's pop-up will operate Sunday through Thursday evenings at the bakery, which is located at 295 NW 26th St. All food is available to order online or at the bakery window as to-go items or via delivery through UberEats. Outdoor seating is available on the street with no table service. From 5 to 7 p.m., you'll also find a daily happy hour with half-price local beers.

The good news is that the Falafel Pop-Up will likely be a fixture moving forward.

"We’ve been tacking tirelessly trying to find new wind to keep the ship sailing towards a horizon we cannot see," Stern says. "It's hard to know how anything will look like in the future, but I have a feeling the Falafel Pop-Up will find permanent residence.

"I’m hoping the city will be inspired by the recent developments in outdoor street seating and work towards allowing more ideas like the to bring life to the streets year-round," he adds. "Pedestrian-friendly streets are a win for the businesses, a win for the community, and a much-needed loss for those ridiculous Lamborghinis racing down the side streets of Wynwood."

Falafel Pop-Up at Zak the Baker. 295 NW 26th St., Miami; 786-294-0876; zakthebaker.com. Sunday through Thursday 5 to 9 p.m.
KEEP MIAMI NEW TIMES FREE... Since we started Miami New Times, it has been defined as the free, independent voice of Miami, and we'd like to keep it that way. With local media under siege, it's more important than ever for us to rally support behind funding our local journalism. You can help by participating in our "I Support" program, allowing us to keep offering readers access to our incisive coverage of local news, food and culture with no paywalls.
Make a one-time donation today for as little as $1.