World of Beer in Dadeland Closes 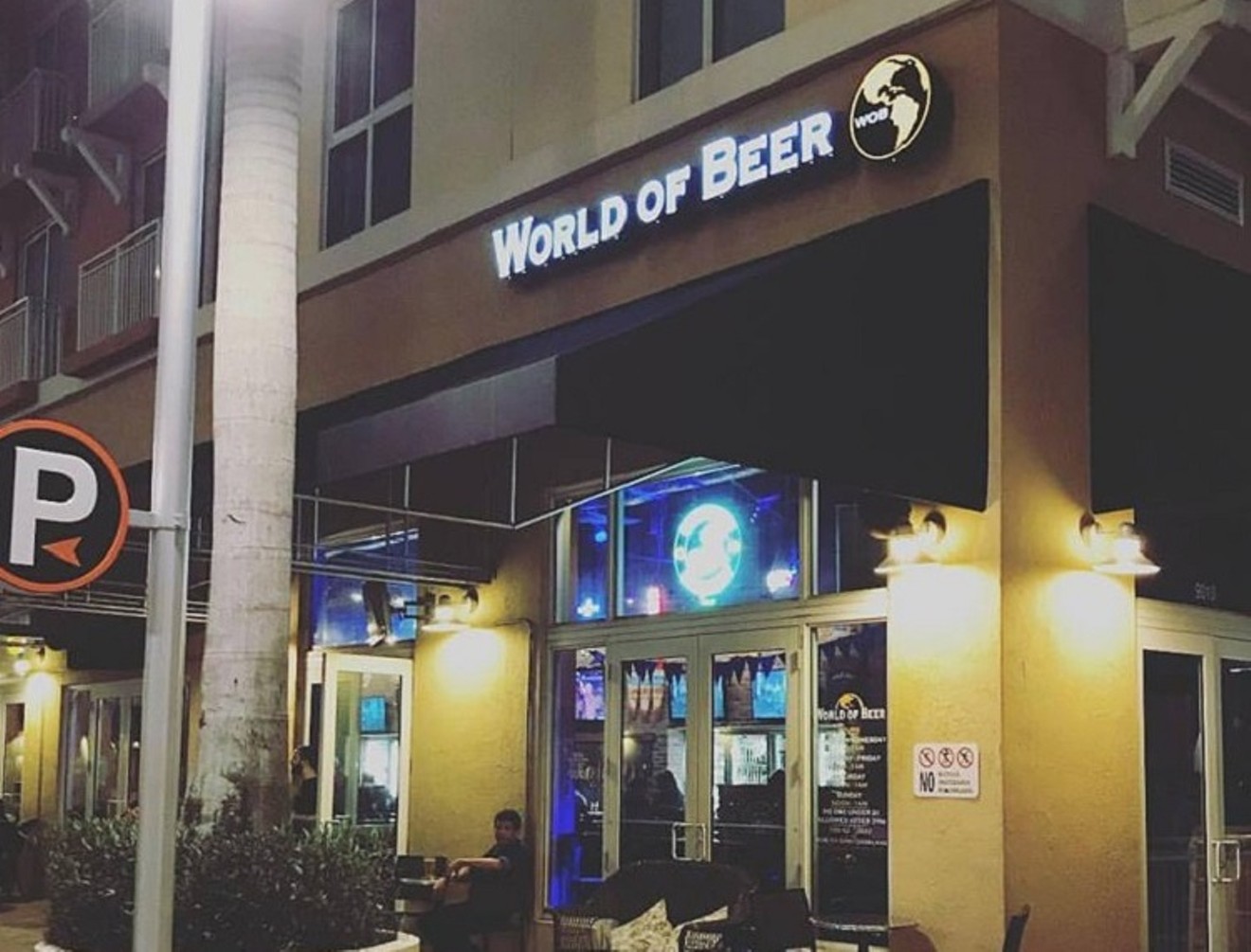 WoB Dadeland has closed. World of Beer Dadeland / Facebook
World of Beer (WoB) Dadeland permanently closed Tuesday after more than five years in business, according to an announcement the bar posted on Instagram.

It was the last WoB in Miami-Dade and the third to shutter this year. The other two, located in midtown Miami and West Kendall, closed in May and July.

The Kendall location abruptly shut down following an eviction notice. A May 4 eviction lawsuit filed in Miami-Dade County civil court cited a failure to pay $105,558 in back rent.

The reason for WoB Dadeland's closure is unclear. The bar was earning more than $114,000 annually, according to buzzfile.com, and was a popular night spot for live music and broadcasted sports games. The November 6 Instagram post didn't give a reason. The bar's Facebook page still advertises free beer for military veterans this coming Veterans Day.

"World of Beer Dadeland has closed its doors," the post says. "Thank you for all the fun times."

County court records show that on August 18, the New York-based Broadcast Music Inc. filed a lawsuit against WoB Dadeland, which is owned by Taphouse Dadeland LLC, for failing to pay $2,315.35 in licensing fees. However, court documents don't indicate a reason for the bar's closure. Calls to the company's corporate headquarters in Tampa weren't immediately returned.

WoB Dadeland was a go-to watering hole for residents and University of Miami students. The hangout offered more than 500 beers, including a tap line of 50 drafts, and often served suds by local startups such as Miami Brewing, Biscayne Bay Brewing, and M.I.A Beer Co.

Following the announcement on Instagram, many fans took to social media to express their sadness, disappointment, and shock.

"There is no God," Andrew Cassidy said on Instagram.

WoB Dadeland acknowledged its fan base by stating on Instagram: "Thanks for all the support and love. This was home for many people over the years and everyone will be missed."