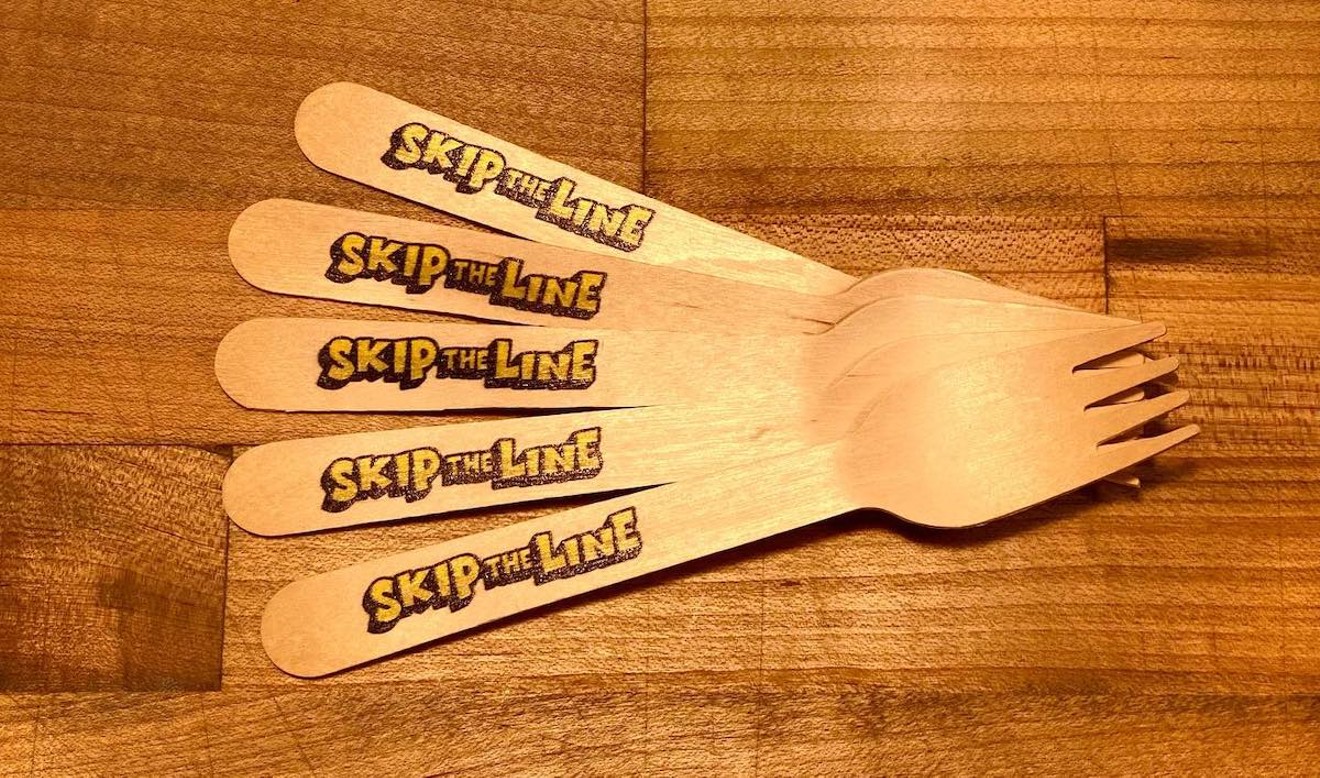 Tripping Animals and Gorilla City Meats and Sandwiches have joined forces for the inaugural Skip the Line food and drink festival. Photo courtesy of Tripping Animals Brewing
Imagine a food festival where there are no lines, vendors never run out of food, and the drinks are free-flowing.

Line-free food and drink isn't the biggest selling point for this event, however. Rather, the creators of this all-new food and beverage festival are touting it as among the first of its kind to be both organized and hosted by an independent craft brewery.

Taking the contemporary "all you can eat and drink" concept, Skip the Line will be offered in an open forum format, says Tripping Animals cofounder Ignacio Montenegro — allowing guests to walk up and grab unlimited prepared samplings from each chef while tasting a variety of local craft brews.

Chef/owner Julian Uribe of Gorilla City Meats and Sandwiches at Tripping Animals says the event was organized to highlight the best of artisan food and craft beer — two segments of the food and beverage industry that continue to rise to the challenges presented by the COVID-19 pandemic.

"A lot of the inspiration for this food festival was born out of my experience in the hospitality industry here in Miami and all the incredible friends I have made along my journey. It weighed on me how lucky I was to have a permanent kitchen inside Tripping Animals, while some of my colleagues had to adapt to the ephemerality of pop-ups in fear of not being able to share their cuisine with the community," Uribe says.

To that end, he and Montenegro combined forces to create an event that would celebrate chefs and brewers.

"The idea was to curate a single platform that would spotlight all of these extraordinary chefs — from all walks of life — under one roof for the perfect marriage of food and beer," Uribe says.

"Skip the Line is a sort of homage to all the love, support, and passion we’ve been feeling from all the incredibly talented people that have surrounded us this last year," Montenegro sums up. "The Tripping Animals team and Gorilla City wanted to come together to curate a lasting experience for the community that would marry the two loves we have right now."

Tickets for Skip the Line are on sale, priced at $115 to $125 per person (21 and older only), which includes admission plus unlimited food and beer samples.

Tripping Animals Brewing Co. 2685 NW 105th Ave., Doral; Sunday, September 5, from 2 to 6 p.m.; 305-646-1339; trippinganimals.com. Tickets cost $115 to $125.
KEEP MIAMI NEW TIMES FREE... Since we started Miami New Times, it has been defined as the free, independent voice of Miami, and we'd like to keep it that way. With local media under siege, it's more important than ever for us to rally support behind funding our local journalism. You can help by participating in our "I Support" program, allowing us to keep offering readers access to our incisive coverage of local news, food and culture with no paywalls.
Make a one-time donation today for as little as $1.