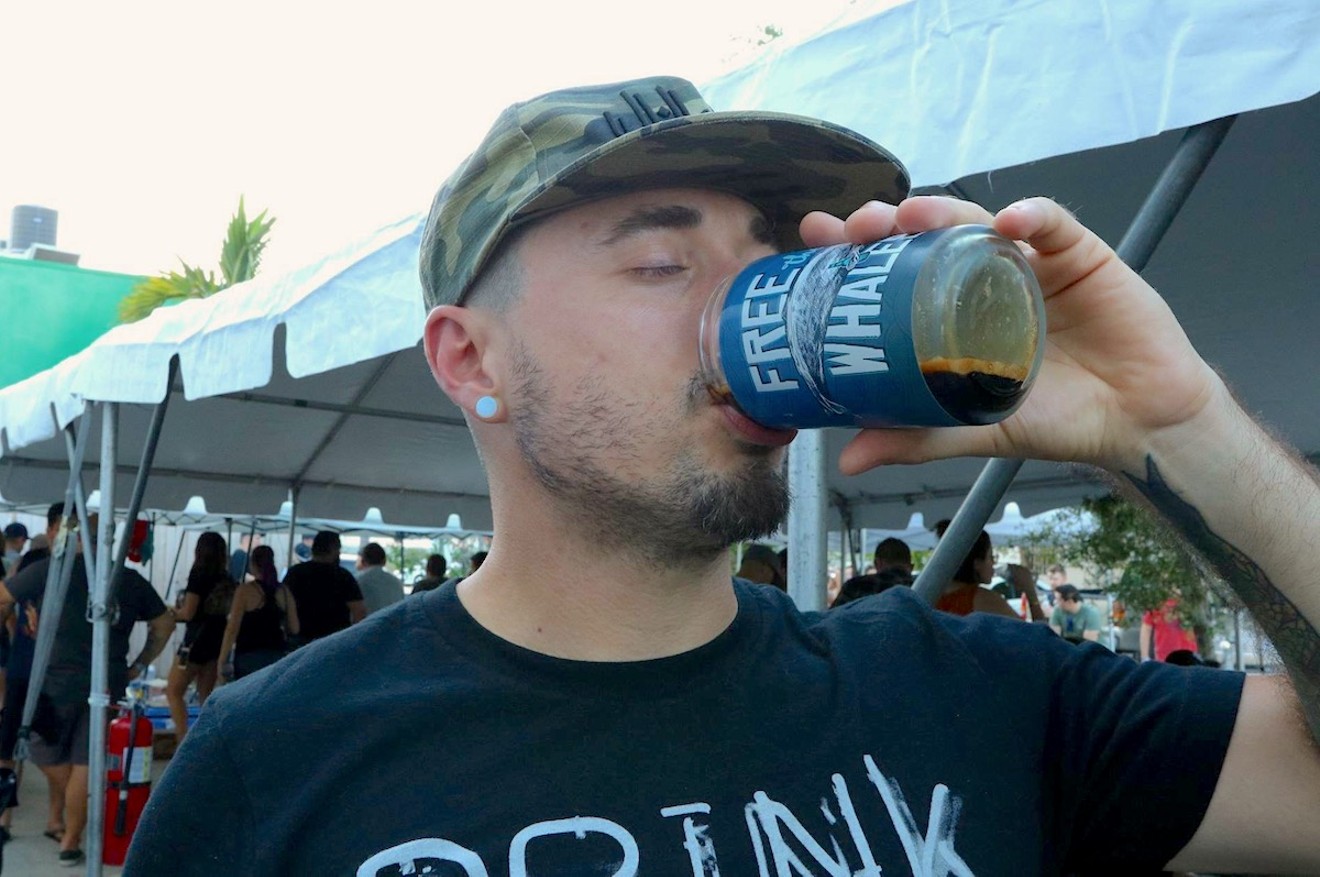 Jose Gregory Alfonso @beerjezus
Miami-native Kris Marino wants you to crack open a few dozen uber-rare beers with him during the annual Free the Whales event on Saturday, June 29.

Now in its fourth year, the Miami-based beer festival will showcase more than 20 respected and up-and-coming brewers from across the country who will be pouring unlimited samples of their most exclusive beers. As in years past, the event's BYOB (bring your own beer) mantra encourages sharing of canned and bottled beer among the crowd.

"Free the Whales is meant to be the best of the best," Marino says. "The joke is we are releasing these rare beers into the wild, hence the name."

What was once a birthday celebration for the event founder has morphed into one of the area's most exclusive beer festivals for the craft connoisseur, one where whales — beer-geek speak for rare or hard-to-find beers — dominate the draft list.

The idea spawned from a private beer share Marino hosted at J. Wakefield Brewing in July 2015 to ring in his 33rd birthday; the first official Free the Whales launched six months later at Wynwood-based beer bar Boxelder. The inaugural event hosted just over 100 attendees and featured a handful of breweries.

This year, Free the Whales is expanding to a larger venue at Barter, one of Wynwood's newer bars. new this year: an exclusive, barrel-aged stout release sale from Hidden Springs dubbed Whale Batter, featuring coconut, vanilla, and macadamia flavors brewed especially for the event.

The event’s specialty draft list highlighting dozens of rare or limited release beers wouldn't be possible without Marino. He began working with the local craft beer community five years ago when he and a group of friends created one of the area's first craft beer gardens, dubbed Smashed Flamingo, at Mokai in South Beach. 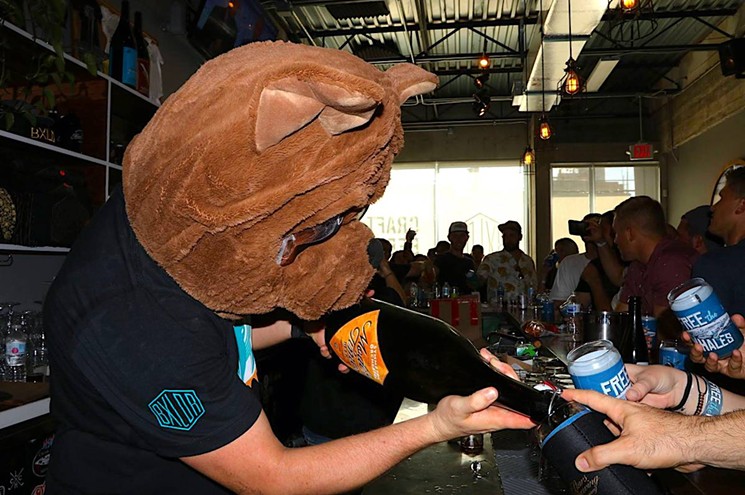 Jose Gregory Alfonso @beerjezus
In the last few years, he’s traveled the country networking with breweries to host events where industry professionals can showcase their brands to a Miami audience.

"I got lucky. I had people like Miami brewers Johnathan Wakefield, Maria Cabre-Delfino, and [Boxelder owner] Adam Darnell supporting me from a very early stage. That opened a lot of doors for me," says Marino, who now acts as the event coordinator for Miami's two largest beer festivals, Sprung and Grovetoberfest, and is also the founder of Juicy, an annual IPA-focused beer event, as well as the event coordinator and beer buyer for Boxelder.

"It’s incredible how far South Florida, and the state, has come in respect to the national and global craft beer community," Marino says. "There is also something sexy about South Florida — and Miami — that makes breweries want to come here or send their beer to us."

For the 2019 event, participating breweries include a number of well-known Florida brewers such as Angry Chair and 3 Sons as well as national brands like Moksa, Other Half, Equilibrium, Narrow Gauge, the Eight State, the Answer, Dancing Gnome, Finback, Bottle Logic, Southern Grist, Forager, Triple Crossing, and Weldwerks. Marino is also excited to showcase several rising brewers including Mike Kromer from Pennsylvania-based Country Club Brewing and Aaron Schavey from Indiana-based Boneflower Craft Mead.

"What's cool about this event is that if you know these brewers, you can meet them and talk to them. They'll be here celebrating the event right along with you," Marino says. "That's a really big part of what makes this event so special. Think of it as a 'thank you' to all my friends in the industry."

Free the Whales. 2 to 6 p.m. Saturday, June 29, at Barter, 255 NW 27th Ter., Miami; 786-388-0377; barterwynwood.com. Tickets cost $90 to $110 at eventbrite.com.
KEEP MIAMI NEW TIMES FREE... Since we started Miami New Times, it has been defined as the free, independent voice of Miami, and we'd like to keep it that way. With local media under siege, it's more important than ever for us to rally support behind funding our local journalism. You can help by participating in our "I Support" program, allowing us to keep offering readers access to our incisive coverage of local news, food and culture with no paywalls.
Make a one-time donation today for as little as $1.