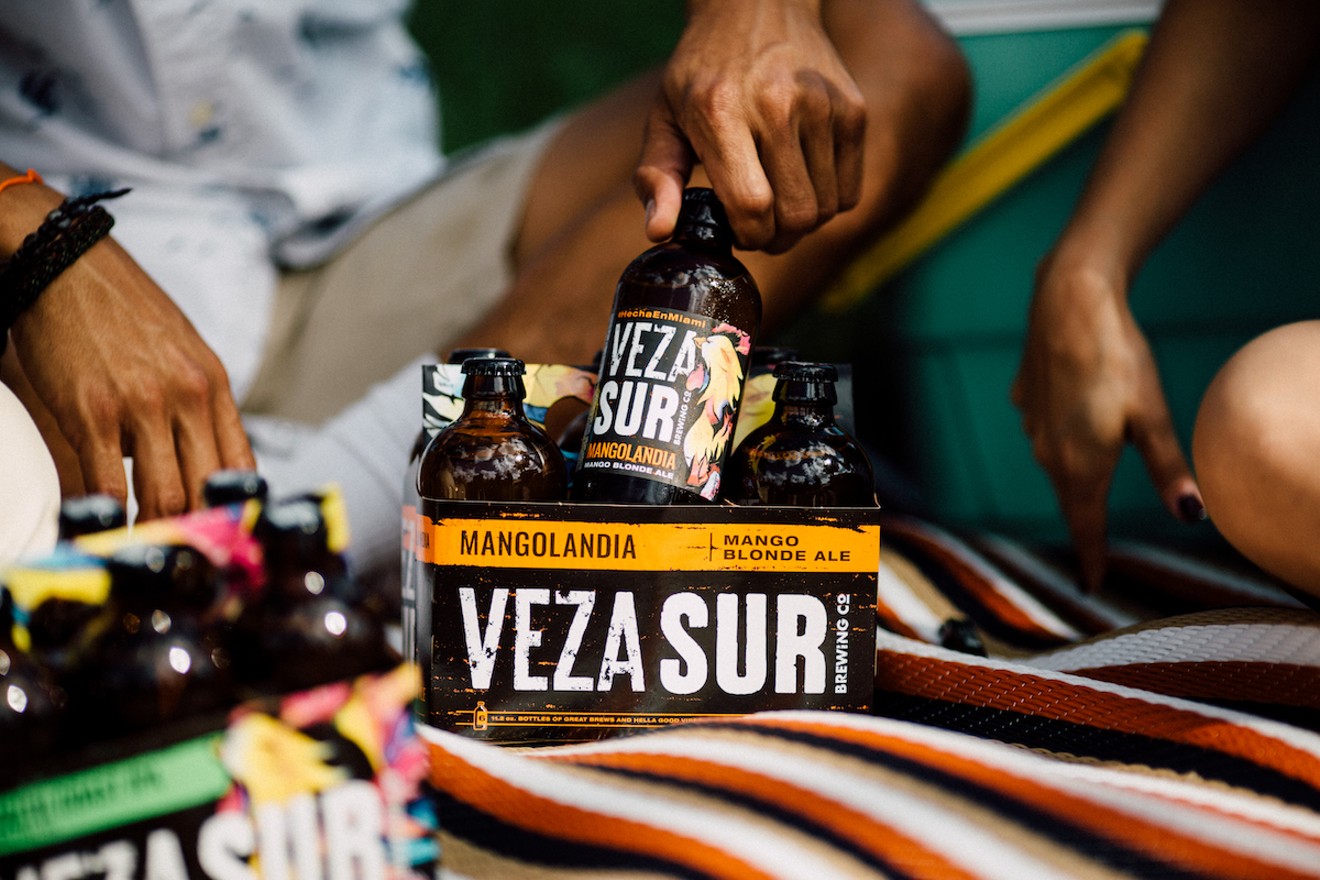 Grab a cold one from this list. Photo courtesy of Veza Sur Brewing
If there is one season everyone in South Florida loathes, it’s summer: sweltering, nap-inducing, sweaty days that manage to turn the Magic City into one giant sauna.

And if there's one thing Miamians have become experts at, it's knowing what beverages go best with our tropical, humid, clothes-clinging climate.

It’s with this knowledge that New Times offers you this list of the best locally produced craft beers to help you beat the heat. All beers listed are available at local retailers in the Miami-Dade area. 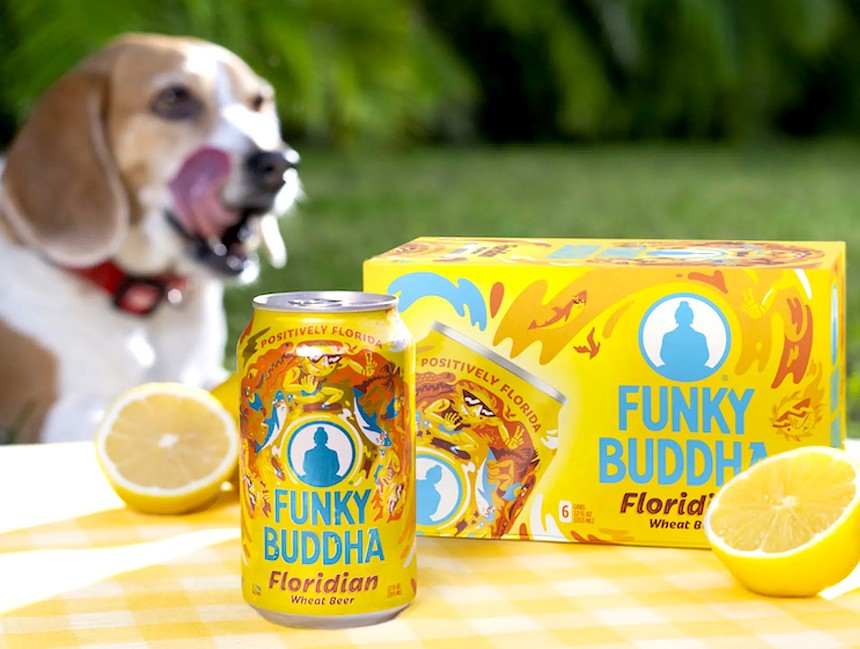 Funky Buddha Brewery’s Floridian is a German-style hefeweizen, steeped in the tradition of yeast-driven banana flavors and clove-like herbal accompaniment. Strong scents of lemon join in on the fun, giving it an almost dry citrus banana bread taste - minus all that sugar. It finishes with a lingering and complementing acidity, remaining approachable yet complicated enough in flavor. Thankfully for us, it’s available year-round, but this summer might see a large spike in demand, as the weather is right for this style of beer.

Coconut, followed by a light tang of key lime, is what you'll taste with this tropical treat from Islamorada Beer Company. The brewery's No Wake Zone base blonde ale provides the perfect smooth and creamy mouthfeel before the touch of coconut sweetness hits you. The No Wake Zone is also light enough to drink all day at 5% ABV. Islamorada's Queen Conch raspberry ale, Bud n' Mary's blueberry ale, and Florida Gal strawberry ale offer several more fruity fun flavors, also available in 12-ounce cans, for a trip to the beach, on a boat, or just the backyard. 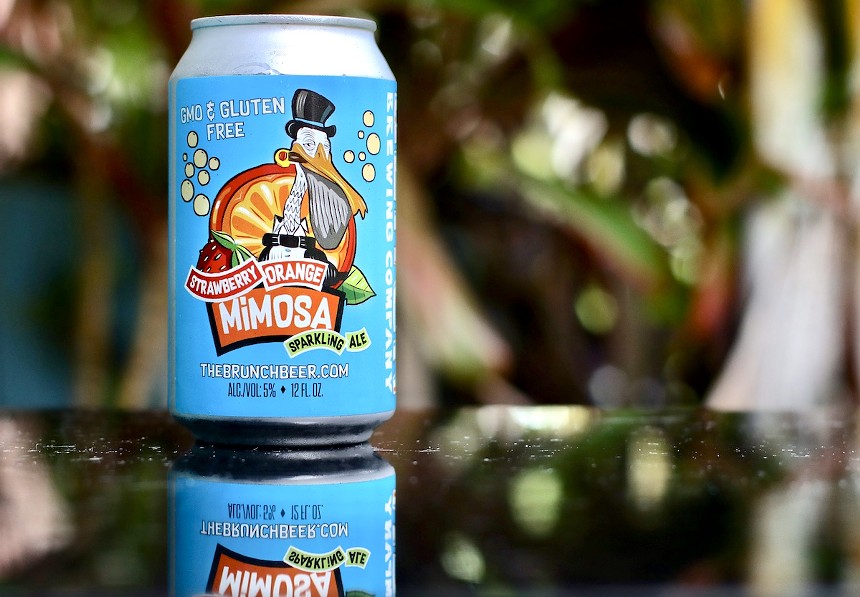 Miami's obsession with brunch has officially spawned the perfect brunch beer with the "Strawberry Orange Mimosa" blonde ale from South Beach Brewing Co. At 5% ABV, it's a beautiful balancing act between the acidity derived from the Florida orange juice used during the brewing process, a touch of sweet from the strawberry, and a champagne-bodied ale making for that classic mimosa taste — in a can. But what really makes it perfect for Sunday Funday is South Beach Brewing's proprietary electrolyte blend, which keeps you hydrated through a six-pack. And it's even gluten-free.

Lo-Ca Blonde Ale, brewed for you by the Tank
Photo courtesy of The Tank Brewing

If you're trying to cut calories for that beach body, the Tank Brewing Co. has crafted a light beer that's refreshing, and low in calories and carbs. Sold in slim, 12-ounce cans, each Lo-Ca tropical blonde ale has 96 calories and 2.8 grams of carbs. And — thanks to its use of several malts, tropical-inspired hops, and fruit-flavor-inducing yeast — you won't have to sacrifice flavor or authenticity. Think plenty of pineapple and lemon-lime zest delivered via a light and bubbly base.

Described by the brewery that makes it as "Miami summer in a pint," the mango-infused wheat ale from Veza Sur is the perfect warm-weather sipper. This crisp, refreshing beer clocks in at 4.8 percent ABV, with a smooth mouthfeel and a lighter body than most wheat beers. You might even consider using this one as a mixer for cocktails, or to create the perfect summer shandy. Bonus tip: Veza Sur’s latest collaboration with Azucar Ice Cream Company has resulted in "Mangolado," a Mangolandia-infused sorbet now available at Azucar’s Calle Ocho location through the end of July. The brewery will also offer a complimentary sample of Mangolado with the first purchase of a Mangolandia at the Wynwood taproom, while supplies last. 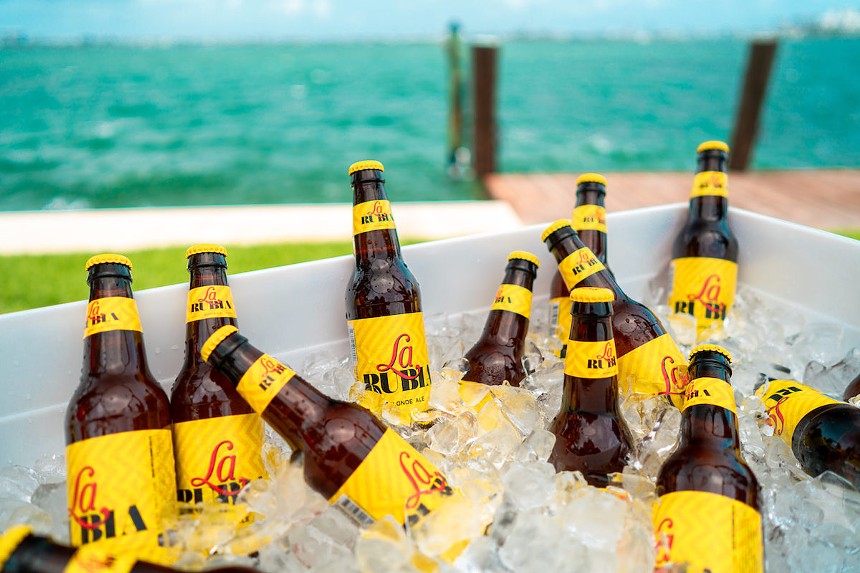 It wouldn't be summer in South Florida without Wynwood Brewing's La Rubia. It’s not a lager, and it’s not a pilsner — it's a blonde ale. Light-colored and easy-drinking, it's an ode to summer in a glass bottle. Since opening day, the brewery's 15-barrel brewhouse has offered up this easy-drinking beer made for family get-togethers and backyard barbecues. With it, Wynwood Brewing founders Luis Brignoni — and his father Luis “Pops” Brignoni Sr. — give a nod to their Puerto Rican heritage with this easy-drinking beer that just happens to also be the official brew of the Miami Heat. Take it to the pool, beach, or that backyard barbecue for a perfect toast to summer.
KEEP MIAMI NEW TIMES FREE... Since we started Miami New Times, it has been defined as the free, independent voice of Miami, and we'd like to keep it that way. With local media under siege, it's more important than ever for us to rally support behind funding our local journalism. You can help by participating in our "I Support" program, allowing us to keep offering readers access to our incisive coverage of local news, food and culture with no paywalls.
Make a one-time donation today for as little as $1.