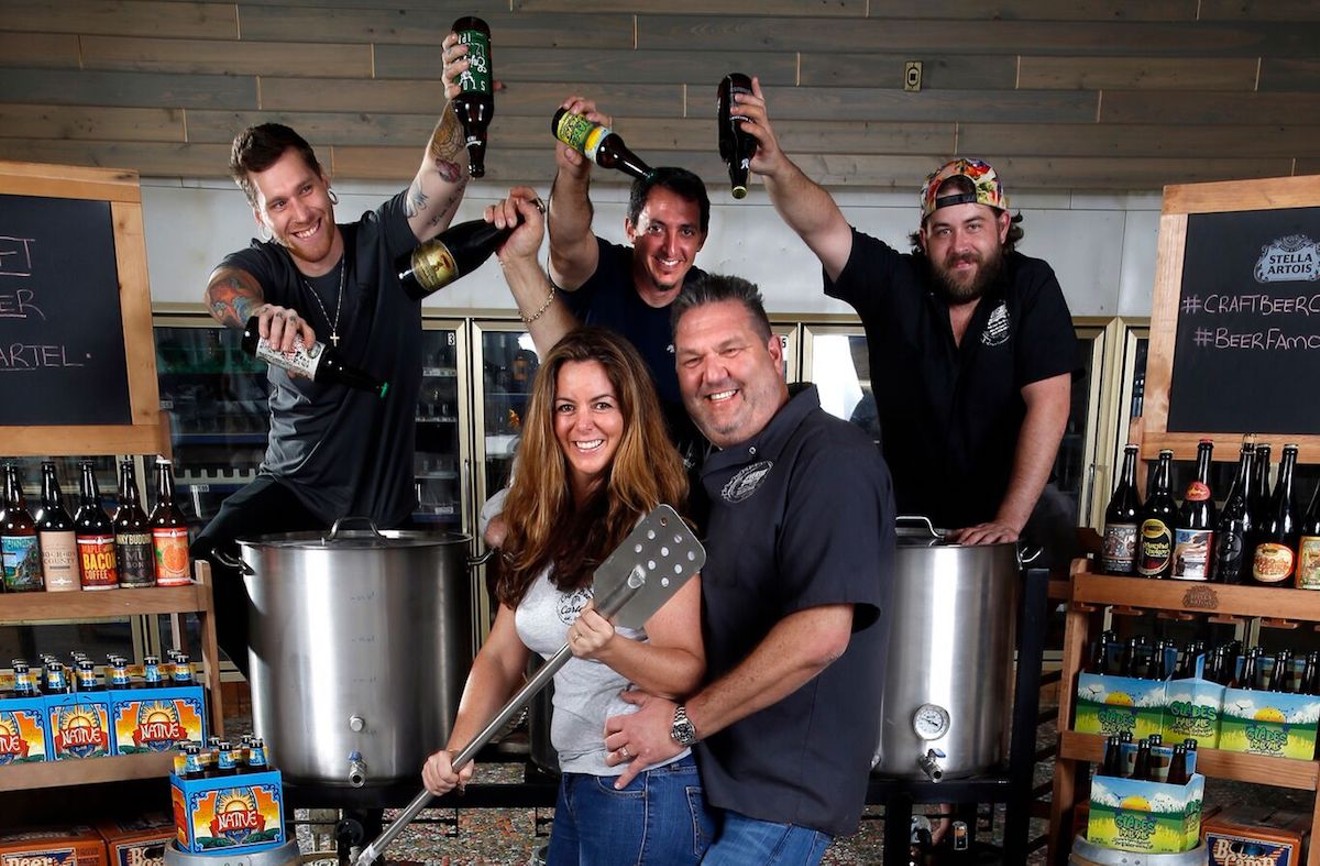 Riverside Market's founders and Native Brewing's Adam Fine have partnered with the Restaurant People to form New River Brewing. The project has been a long time coming for Riverside Market husband-and-wife team Julian and Lisa Siegel, who say they considered several locations over the past few years — everywhere from Pompano Beach to Fort Lauderdale's FAT Village — before settling on the current spot.

No strangers to the craft beer community, the Siegels are credited with launching one of South Florida's first craft beer bars, Riverside Market. The restaurant and self-serve beer bar, which expanded to a larger location several years after its founding in 2001, has enjoyed successful organic growth and today is considered one of area's most iconic establishments.

In 2014, the Siegels launched Craft Beer Cartel, rebooting the original Riverside Market convenience store as a homebrew and bottle shop. In July 2015, the couple opened a second location, Riverside Market South, in east Fort Lauderdale. A third Riverside Market is under construction in Plantation.

The future home of New River Brewing in Fort Lauderdale.
Courtesy of New River Brewing
"Now Adam will be able to brew on a large scale, and we have the brewery we always dreamed of," Lisa says. "I think [the Restaurant People] will help us get organized, and we can help destructure them a little bit. It's a great partnership."

"We're here to help point them in the right direction and keep them on track, but we're leaving the creative stuff up to the pros," Restaurant People partner Tim Petrillo says. "They know beer better than anyone."

Slated to open before this fall, New River Brewing will be located at 280 SW Sixth St. in a large warehouse located across the river from Sailboat Bend and just west of the Broward County Courthouse. Formerly the home of Neptune Boat Lifts, the 11,000-square-foot building has a storied past. It once belonged to the Snyders — one of Fort Lauderdale's pioneering families — who used it to house the horses and carriages tasked with carrying asphalt to pave the city's first streets.

Later this month, the Siegels will break ground on the space. It's currently home to New River Brewing's ten-barrel brewhouse, whose equipment was manufactured by DME Brewing Solutions. According to Julian, the taproom has been designed with a nostalgic vibe, channeling Florida-cracker architecture.

When it opens, expect the brewery to begin producing an all-new lineup of core brand beers that Fine and Julian created on the Craft Beer Cartel pilot system.

"The past two years, we've been working on some amazing recipes at Craft Beer Cartel. That includes a watermelon wit, our Midnight Express coffee stout, East and West Coast-style IPAs, and even some sours," Julian says. "The local beer movement is always evolving. South Florida has seen so many different styles become popular, but now it seems everyone is going back to building basic beers. We plan to offer a little bit of everything."